Review: TALES FROM HARROW COUNTY #3 – One Ought Not Meddle in Goblin Affairs

The sequel series to the phenomenal comic story Harrow County sees its third chapter in “Tales From Harrow County: Death’s Choir” #3. This issue is much more simple in its scope, but still offers plenty of its trademark eerie atmosphere and charming humor to keep fans engaged.

“Still under suspicion by the townsfolk she has sworn to protect, Bernice continues to track down the source of the ghostly song that raises the dead. But just as she gets closer to the truth, she must contend with a new threat: a vicious banshee called forth by the choir.” 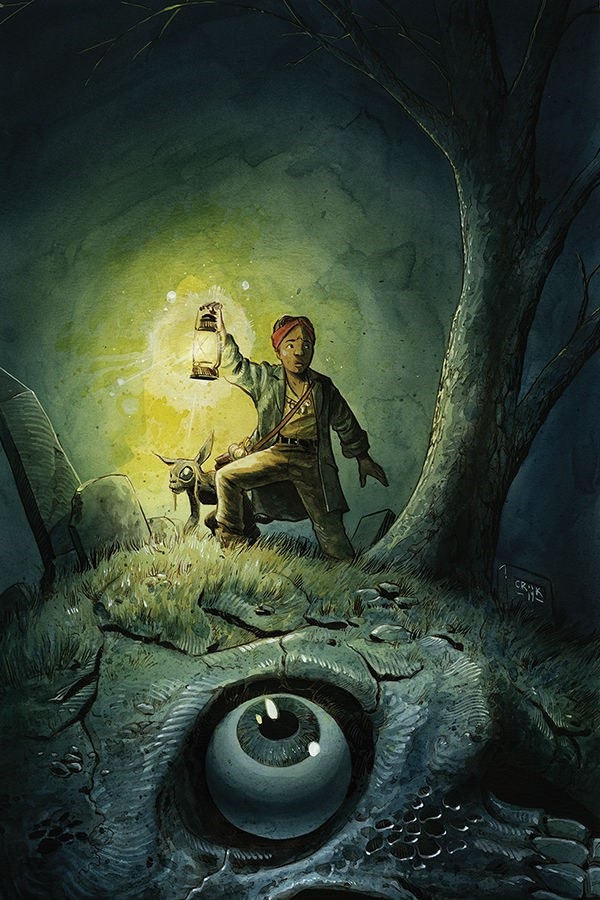 “Tales From Harrow County” #3 is simpler in terms of plot than the previous issues. Writer Cullen Bunn focuses entirely on the cause of the choir and the rising dead rather than any of the interpersonal relationships that have been investigated in the prior two issues. That being said, this is still a tight and exciting issue in terms of story and dialogue. It’s also quite funny, as the inclusion of Priscilla’s family of hobgoblins makes for one of the most laughable scenes in all of Harrow County. This doesn’t detract from the horror though. This issue is a steady build of backwoods suspense and mystery as Hattie comes closer to the source of the choir. There are lengthy sequences with little to no dialogue as the mystery is quietly investigated and rooted out. The ending is sure to make the wait for this mini-series’ finale a major test of patience. 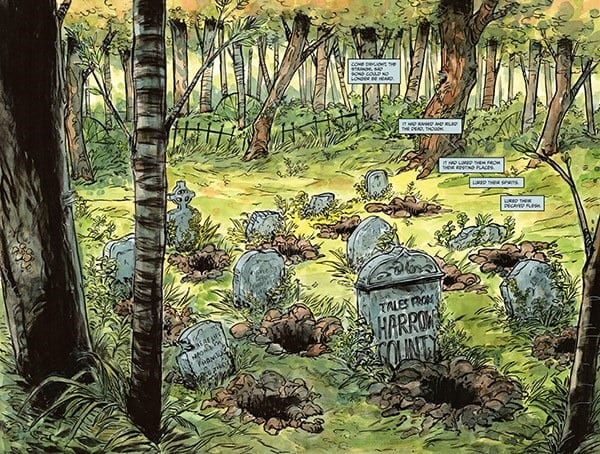 All the praise that has been said for Naomi Franquiz‘s work on Tales From Harrow County” can be repeated once again for her work on issue #3. The woodland and small-town detail really wrap the reader in this world’s backwoods-supernatural environment. This touch is especially needed in this issue, as it is much more focused on the hauntings and activities of the County haints. Sequences where Franquiz has full command of the storytelling in dialogue-free panels are blessed with her deep colors and shadows. The character detail is once again superb, draping characters in doubt, fear, and melancholy amidst the uncertain times the cast lives in. The artistic vision of Priscilla and her hobgoblin family is a clever one, even if it’s based on co-creator Tyler Crook’s original drawings. They walk the perfect line between ugly and adorable, while also being expressive and relatable in a unique manner. Franquiz may pull from Crook’s art in the original series, but she manages to bring her own style into the visual storytelling of this comic series.

Series co-creator Tyler Crook‘s creative hand returns to letter “Death’s Choir,” and it’s an artistic touch that would be sorely missed had be not returned. The normal dialogue lettering has a somewhat Golden Age lettering aesthetic to match the era the story takes place in. Once again as well, the lettering for non-human characters’ dialogue is delivered in a distinct way for each haint. Priscilla and her family’s words for example are presented in a wavy, vaguely musical manner that sells the rhythmic difference in the hobgoblins’ spoken words. 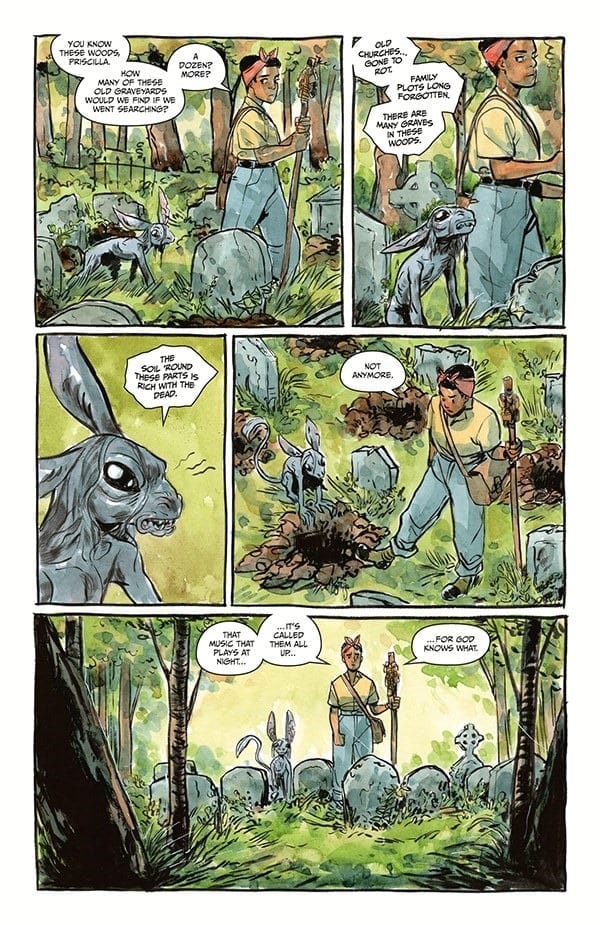 “Tales From Harrow County: Death’s Choir” #3 is a simple but engaging and climactic chapter in this sequel mini-series. Cullen Bunn hones in on the source of Harrow’s newest problem and how Hattie may approach fixing it with what limited help she has. The combination of suspense and humor is brought to life by Naomi Franquiz’s consistently character-centric and atmospheric visual style that keeps the Harrow County aesthetic alive and well. If you were a fan if the first series, then be sure to keep pick this series up when issue #3 hits shelves on 2/12!

Review: TALES FROM HARROW COUNTY #3 - One Ought Not Meddle in Goblin AffairsA simple but joyous and spooky chapter in this excellent sequel series.