SUPERMAN #12 features the anticipated gathering of the living House of El members, which promises to be a fantastic reunion. Supergirl, Superman, Superboy, and Jor-El now find themselves in the midst of an uprising led by General Zod and Rogol Zaar. Zaar, a powerful being who claims to be the sole cause of Krypton’s destruction, wages war against the House of El for unknown reasons, but Superman begins to suspect his dubious father may be involved.

Brian Michael Bendis sets this story immediately after Superman confronts his father to find out why this trouble has followed them. Without any time to give his son straight answers, Jor-El spends most of the issue coordinating a plan of escape. At the same time, Superman, Superboy, and Krypto the Superdog enjoy a brief reunion with Supergirl as they formulate a plan of attack against the villains. 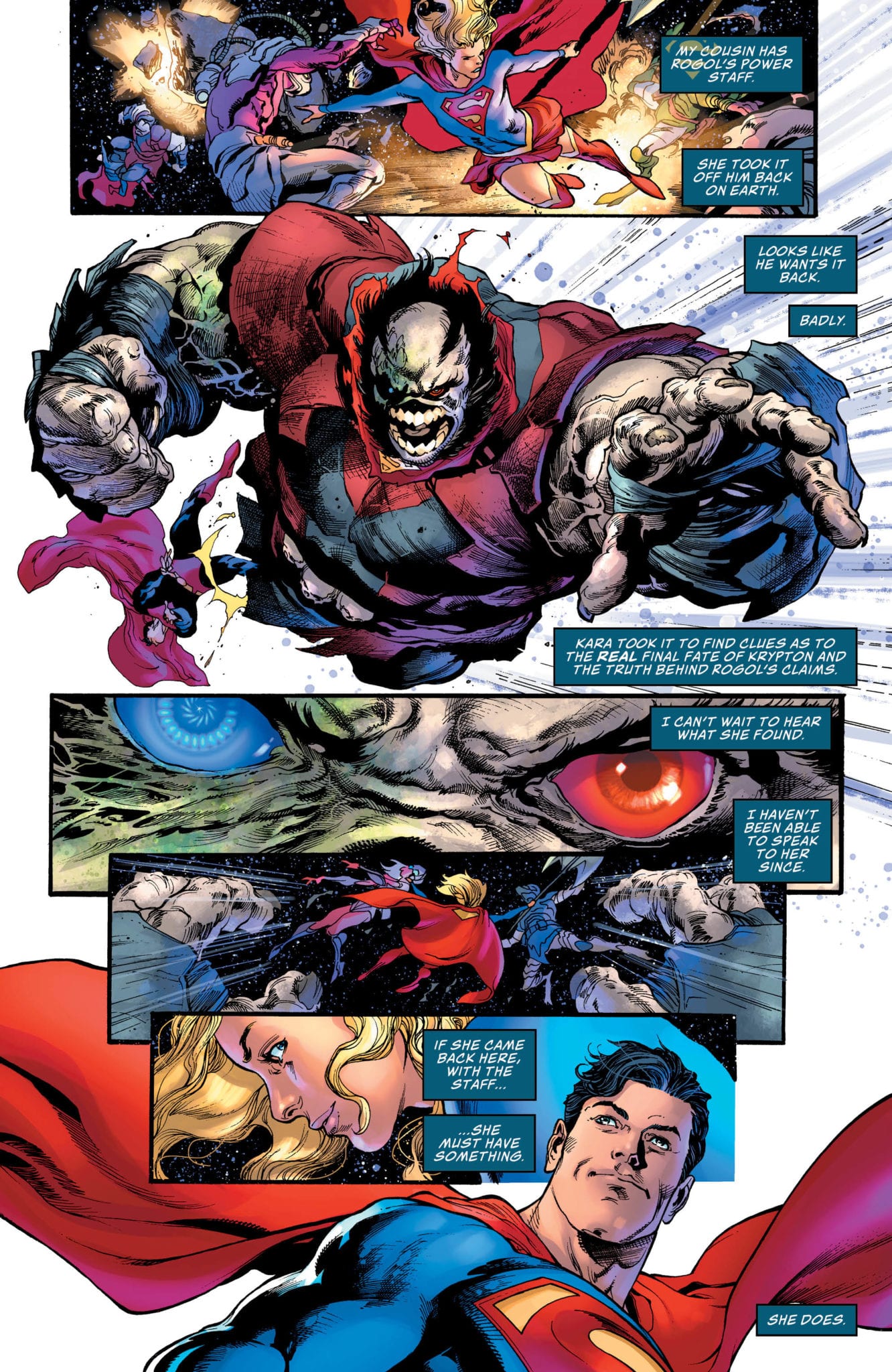 Seeing Superman’s reaction to his relatives together reminds us just how much family drives him as a character.

The destruction of Krypton has long defined the El family’s struggles throughout their history. The true nature and cause of the catastrophe has largely been shrouded in mystery. But Supergirl reveals she’s uncovered the truth of the planet’s demise—Rogol Zaar was behind it all. What’s more, Jor-El admits he was part of the organization that covered up the event.

Readers may feel this sense of betrayal could be too much for Superman to bear, but our hero shows he still has faith in his family. He will do anything it takes to protect those he loves, even if he has to fight Zaar and Zod all by himself.

The work throughout SUPERMAN #12 is fantastic. Ivan Reis’ penciling, bolstered by Joe Prado and Oclair Albert’s inking, hearkens back to the cosmic illustrations of Ethan Van Sciver’s work in Green Lantern: Rebirth. Alex Sinclair’s coloring gives this issue the ultimate Superman vibe with variations of blue, red, and yellow, even in the villains.

Josh Reed’s lettering is something to be commended as well. His structured layering of word bubbles offers a sense of stability amidst the chaotic fights in the background. 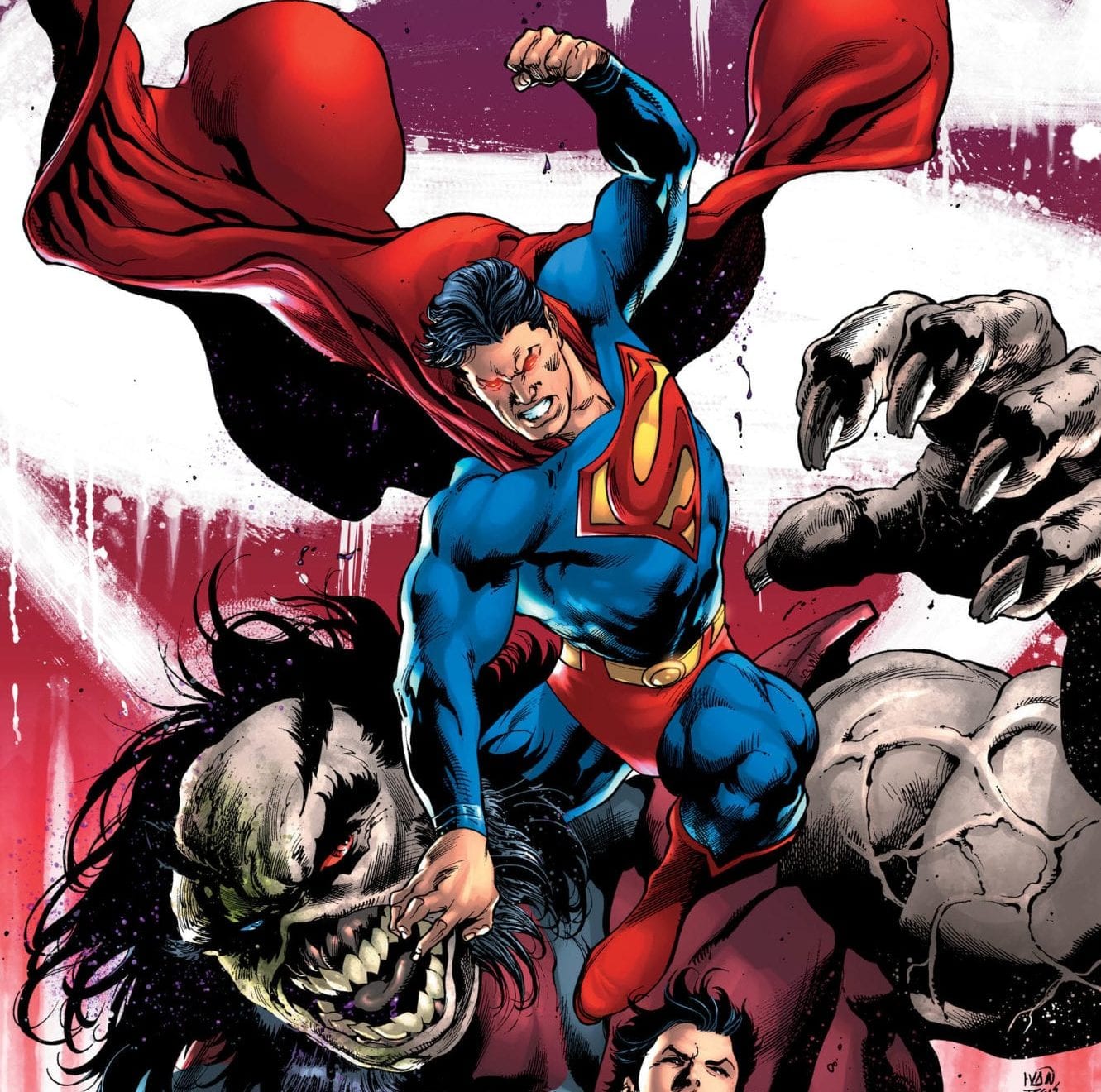 Reis, Prado, and Sinclair crafted a stunning main cover for this issue. Featuring Superman rage out against Rogol Zaar with lettering adds incredible context, allowing anyone to jump into the story if they haven’t caught up on previous issues. Adam Hughes’ variant cover depicts Superman in his classic stance, reminding readers of the most famous House of El family member.

SUPERMAN #12 weaves themes of familial disputes in the midst of cosmic chaos. It leaves readers wanting to learn more about the truth of Krypton’s destruction and Jor-El’s knowledge of it.

What did you think of Superman’s confrontation with his father in this issue? Let us know in the comments below!

An action-packed story that brings the House of El together, if only for a moment. Their bonding is short-lived after they discover an unsettling truth about their homeworld.Review: SUPERMAN #12 Reveals The Truth Of Krypton's Destruction