STAR WARS: DARTH VADER #9, available in comic book stores on Wednesday, January 13th, continues the tale of Darth Vader’s journey from exile on Mustafar. The Sith assassin Ochi of Bestoon is hot on his tail after their fight last issue. Fortunately, Vader narrowly escapes the mercenary’s grasp. But when a group of droids join in the hunt, can the Sith Lord fight back and learn more about Emperor Palpatine’s plans? 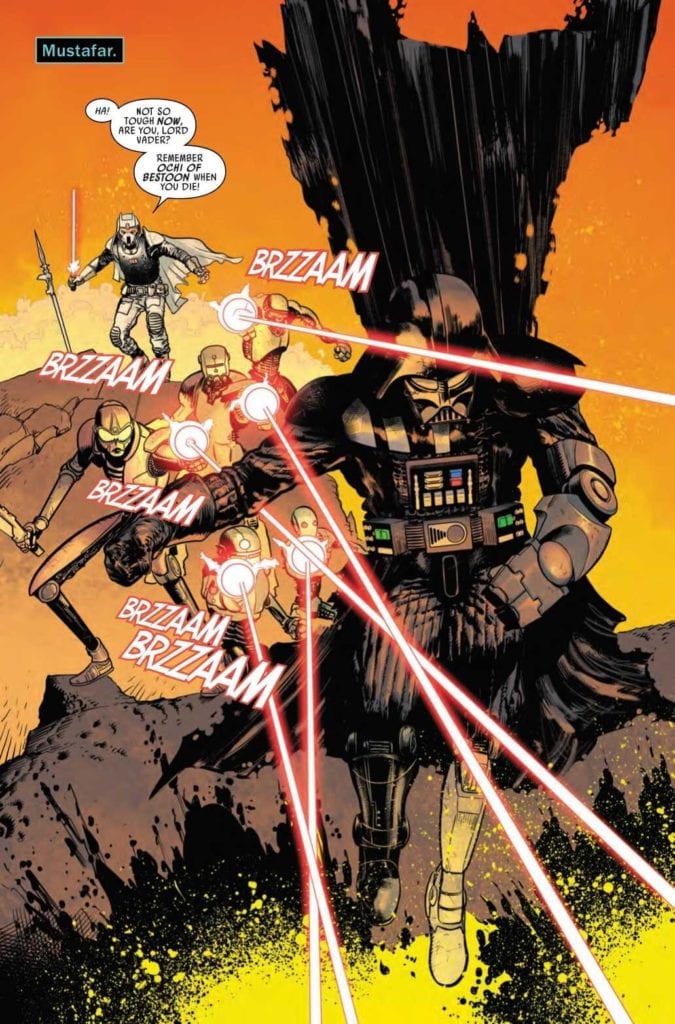 After surviving his encounter with the Eye of Webbish Bogg, Vader is ready for some answers. He was able to retrieve a strange piece of arcana from the odd creature—a Wayfinder that promises to reveal Palpatine’s secrets. With this artifact, Vader believes he will be able to uncover what lies in store for the galaxy.

However, readers soon find that Ochi and the droids he hired are hot on the Sith Lord’s tail. These hunters were promised the chance to harvest valuable pieces of Vader’s artificial body parts. And it’s here readers see a flashback to Palpatine’s rescue all those years ago. 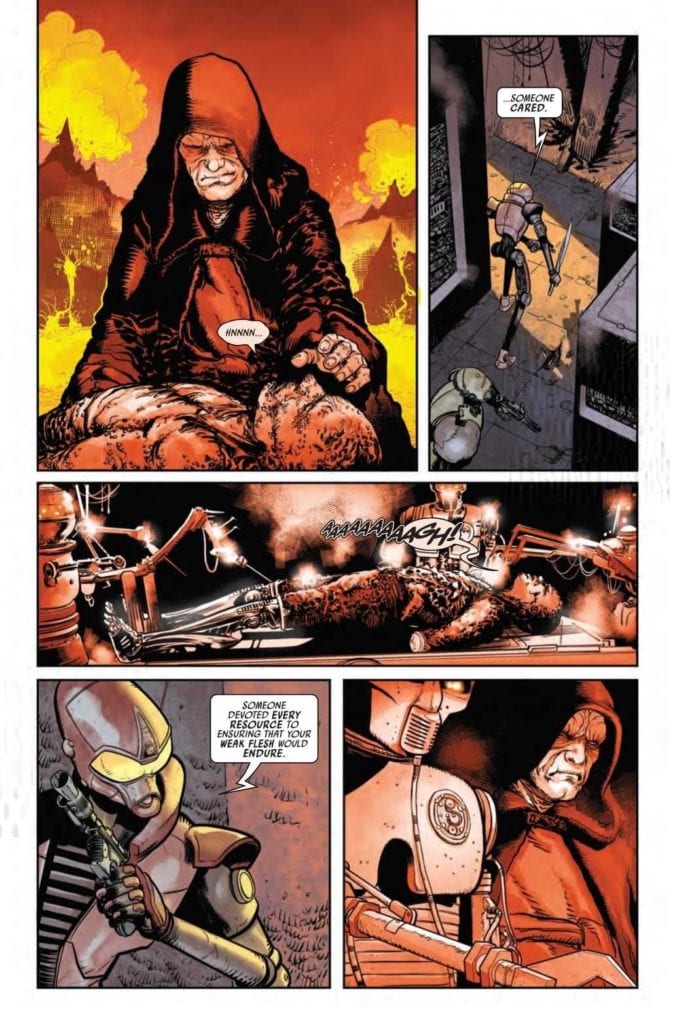 Greg Pak’s writing brings readers into the thrilling world of Vader. Readers experience the complex attitudes he feels toward the man who both saved and left him for dead. On top of this, we are inspired by the man’s sheer resiliency when facing a slew of assailants. We see a fighter whose value lies not in special body upgrades (many of which have been lost), but in his willpower.

The illustrations throughout STAR WARS: DARTH VADER #9 are full of action. Raffaele Ienco’s penciling and ink work casts Vader, Ochi, and the droids seem to move from panel to panel fluidly. These are further fleshed out with colorist Neeraj Menon’s solid blacks, browns, and silver hues of the characteres set against the blazing red and orange landscapes of Mustafar. In addition, VC’s Joe Caramagna’s lettering styles does a great job of distinguishing between the robot and human voices.

STAR WARS: DARTH VADER #9 highlights some of the best qualities of the Sith Lord. It’ll be interesting to see how he moves forward with so many forces set against him.

Do you think Vader will ever discover what Palpatine has in store? Let us know in the comments below!