STAR WARS ADVENTURES: SMUGGLER’S RUN #1, available in stores on Wednesday, December 23rd, brings one of the Star Wars universe’s most popular novels to the comic book medium. Greg Rucka’s novel of the same name details Han Solo and Chewbacca’s true “initiation” into the Rebel Alliance. And in this comic book adaptation readers are treated to the antics of their favorite duo in an engaging form. 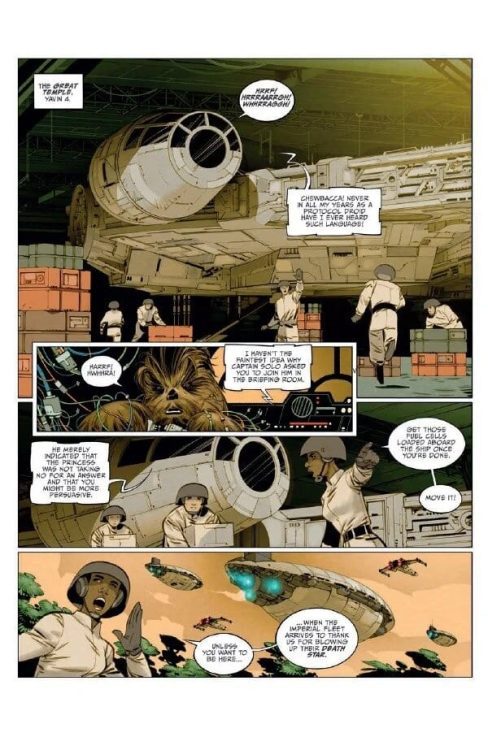 The scene is set: Leia Organa and the rebels are regrouping after their well-known destruction of the Death Star. She calls in Han and Chewie, charging them with the task of saving Lieutenant Ematt, who’s heading to Crykon. According to her, he has valuable information that must be kept from the Empire at all costs. 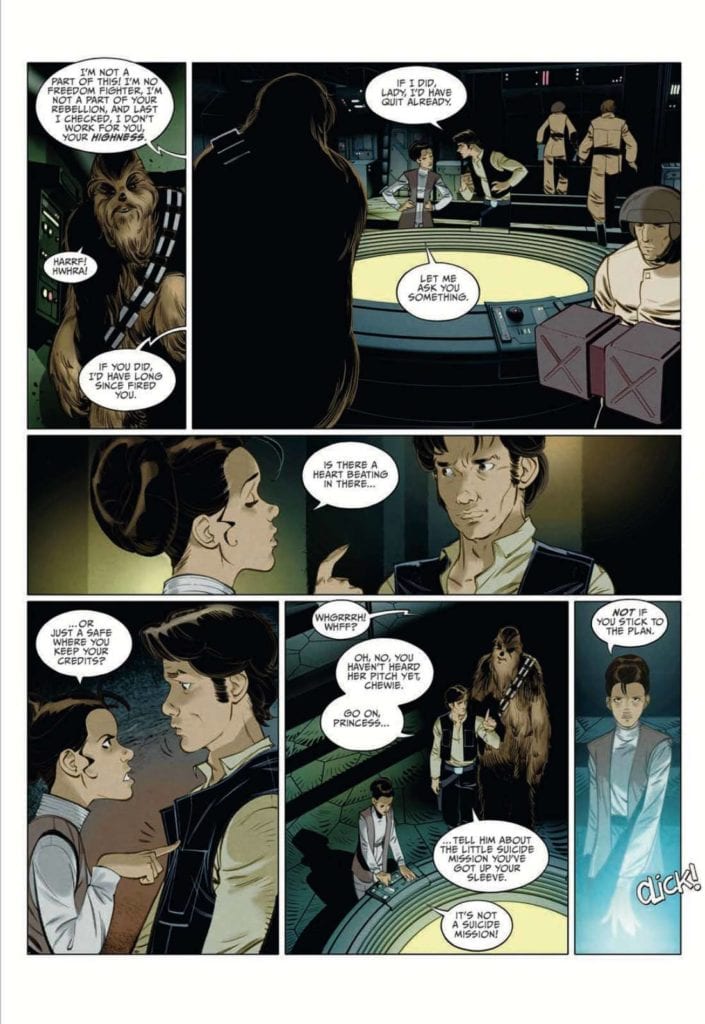 Alec Worley’s adaptation reads and flows much like its novel counterpart. It’s a brilliant translation of Rucka’s narrative into the comic book medium. We loved the back and forth bickering between Leia and Han. And it was equally entertaining watching Han and Chewie scramble to hide their identities from curious Empire soldiers. The ensuing story is full of action, adventure, and espionage that all Star Wars fans will love.

Ingo Römling’s penciling, ink work, coloring, and lettering worked together beautifully in this opening issue. The characters exhibit a realness much like their live action counterparts, while simultaneously embodying cartoonish styles that emphasize their personalities. It was great seeing these individuals set against space themed backgrounds full of bright and dark shades. And the way the word balloons alternate between jagged and smooth borders helps us differentiate between speech in-person and via radio.

STAR WARS ADVENTURES: SMUGGLER’S RUN #1 is an awesome kickoff to this adaptation of ‘s novel. We’re excited to see where Han and Chewie’s adventure takes them next.

Do you hope more classic Star Wars trilogy characters will show up in this run? Let us know in the comments below!