Spawn #300, out today from Image Comics, uses an all-star team of artists to set up Spawn for the next 300 issues to come. 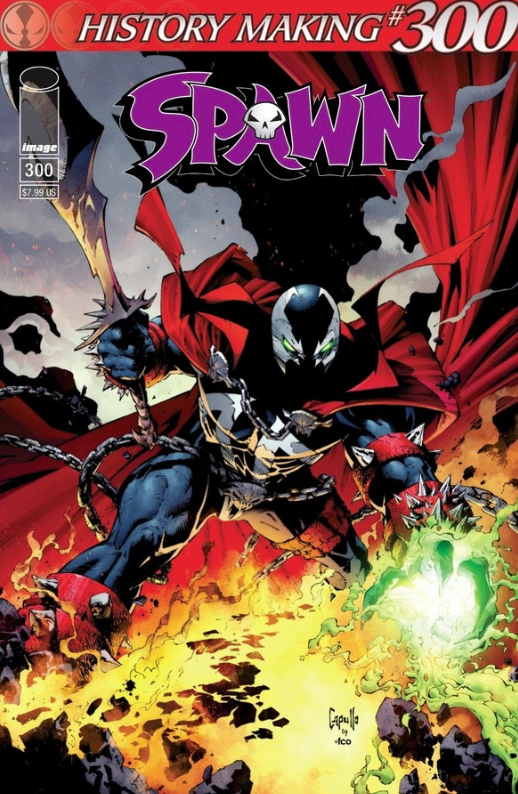 Of course, no Spawn issue is without typos and mistakes. On the very first pages of this book, the artists are listed in the wrong order. The 1st chapter with Capullo is extremely long compared to the Opena chapter that is 2 pages. This book is a thick over-sized special that’s all-inclusive. When it comes to Spawn readers, whether you started at 1 or 299, this issue is for everyone. Todd McFarlane handles the script for 4 of the 5 chapters and Scott Snyder jumps in for chapter 2.

The first chapter recaps what has been happening recently in the story and establishes Spawn’s plan for the future. Capullo does a fantastic job with this chapter. With his style and detail, his work is always a treat to see in a Spawn book. It gives a taste of old Spawn to new readers who may only know him from Batman.

We also get to see Capullo’s version of a fairly new character and an updated old favorite. He always has such amazing character designs; all the lines adding extra detail that most people would overlook make his characters look so much more grotesque, scarred, and disfigured. This section is action-packed and brutal; it’s not hard at all to see why I like it so much.

Al Simmons seems to lose his costume and his powers, then makes his own costume out of what he finds lying around while plunging spikes through his arms. The first chapter welcomes New 52 Batman lovers with open arms, and channels the older energy of Spawn in a fresh modern style. 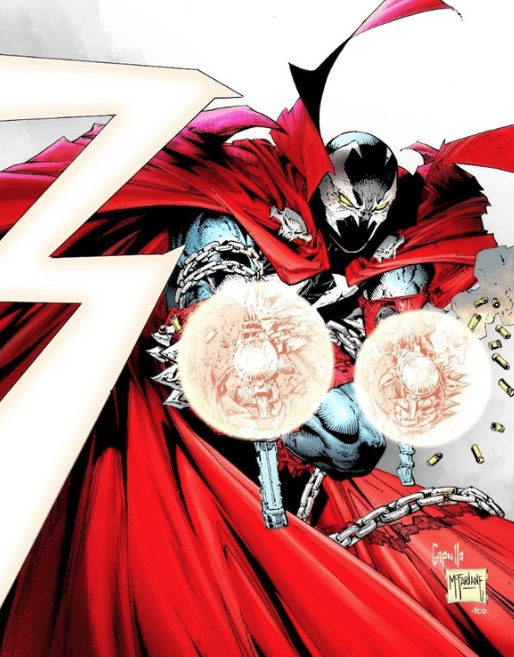 Snyder provides the script and McFarlane pencils the interior pages for the first time in over 20 years for this chapter. A character that has been on the covers previous to this issue undergoes a transformation with an awesomely huge new ax. It is short, and it is sweet, but this chapter illuminates the pages.

Alexander might have the perfect style for horror. McFarlane is obviously a veteran, and he shows it in Spawn #300. Every chapter of this book fits each artist’s style to perfection.I began reading Spawn when I saw Alexander’s covers for the “Dark Horror” arc.

His work is so dark and gritty, and in some panels, his environments look downright dirty. The style reminds me of the crayon drawings of the crazy people in horror stories. They have been so traumatized, they can’t talk, but they draw to explain what happened to them 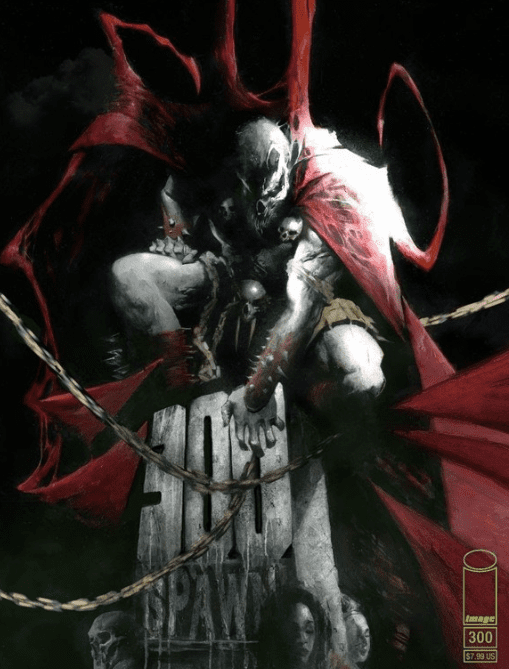 McFarlane says at the end of the book that this chapter shows characters of Spawn can constantly change just like Spawn himself. Here we see Priest take on a new role in what is sure to get some older Spawn books selling.

J Scott Campbell does a great job drawing so many of the characters from the history of spawn and then creating a new one. Fittingly enough, J Scott Campbell designs a female character for the Spawn mythos; McFarlane uses his talents for exactly what he is known for. 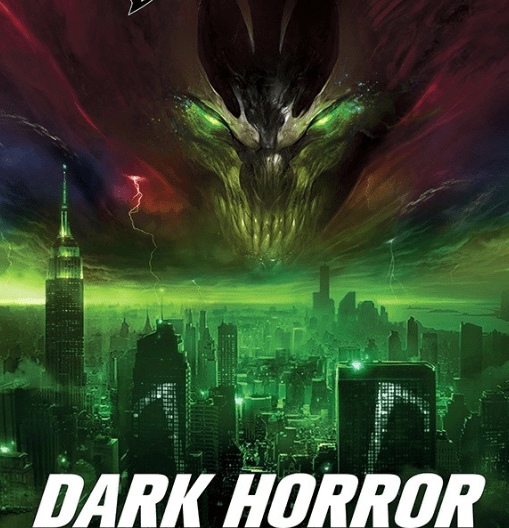 On the last two pages, Opena channels his work on Seven to Eternity and leaves us with a cliffhanger to take into 301 and beyond.

This is a perfect record-tying issue for Spawn. It is not too convoluted with a history that new readers are left confused, and it has enough old flavor to keep longtime readers satisfied. Spawn #300 is a historic issue that will be a key for many collectors. The bonus is that the interiors deliver something for fans to look forward to for many issues to come.

What did you think of the 300th issue? Let us know in the comments.