Sonic The Hedgehog #36 comes out this week from IDW comic and concludes the “Chao Races and Badnik Bases” storyline. The first story after the metal virus arc, this more lighthearted tale takes time to lay the groundwork for events happening in the future. The wrap-up arrives thanks to Evan Stanley, Reggie Graham, and Shawn Lee.

Strap on your snowshoes, an avalanche is headed straight for White Park Chateau! Sonic and gang are going to have to act quickly if they want to save the White Park guests and stop the hooded figure from getting away with Tails! 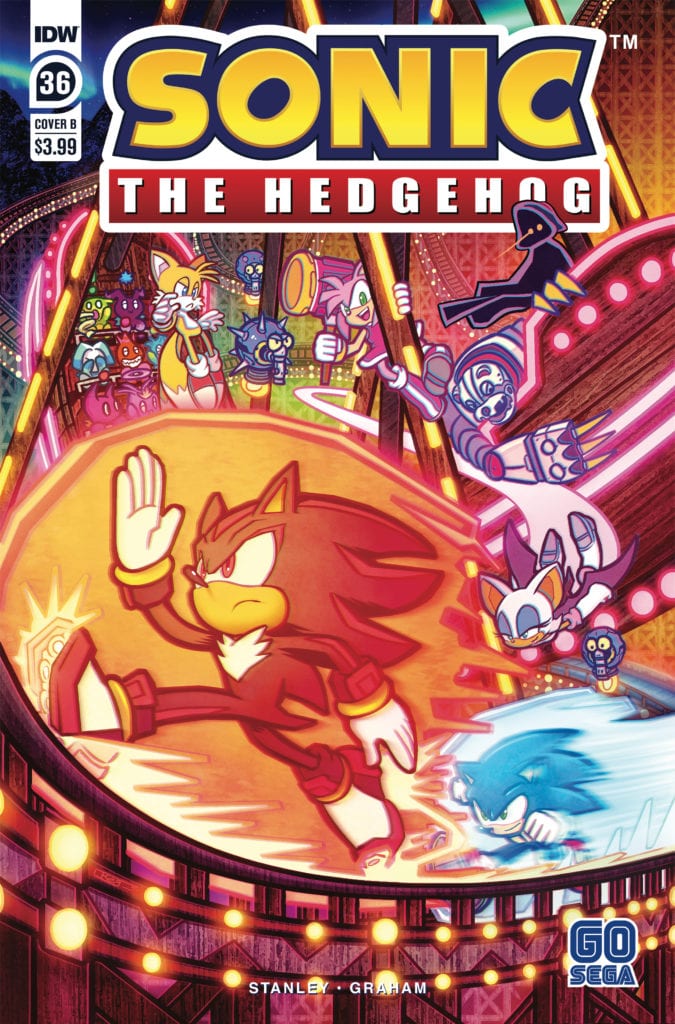 Sonic has a lot on his plate this issue, having to save Tails and Rouge, and at the same time find a way to stop an avalanche. Luckily he doesn’t have to do it alone and a lot of characters aid in helping to set things right. It’s a decent issue with some entertaining moments but honestly, it does not exactly knock your socks off good.

Thie issue wraps up the arc without major revelations but there is a lot of setup for future events. Writer Evan Stanley seems to be setting up the pieces for future events. Between the introduction of Belle The Tinkerer and Dr. Starling’s schemes, the groundwork for bigger happenings down the line is on display. 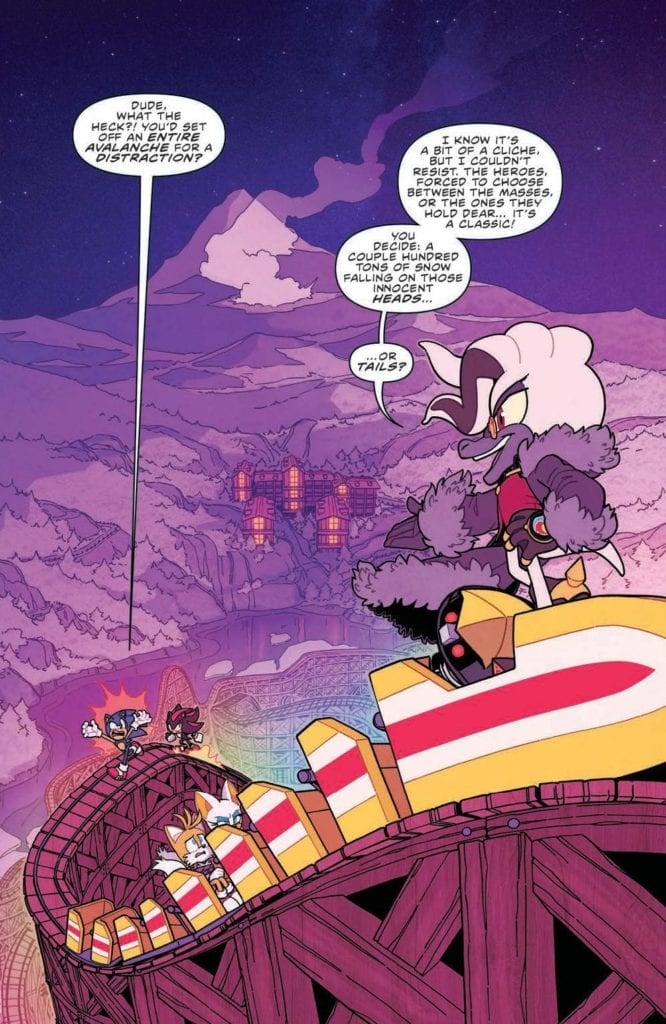 The art by Evan Stanley again focuses on his strong suit by displaying strong character expressions. Thanks to serving double duty as Artist and Writer, Stanley finds a way to convey a lot of emotion into the look and feel of the characters. This can be seen in the above picture as Sonic displays frustration and Dr. Starling exudes smug confidence.

The colorwork by Reggie Graham enhances the issue. Not only does it help to accentuate the visual effects such as Sonic’s speed but it also adds aesthetic to the setting. A particular panel of note came in the small detail of the character getting a little lighter to demonstrate a hole was opened in the roof. 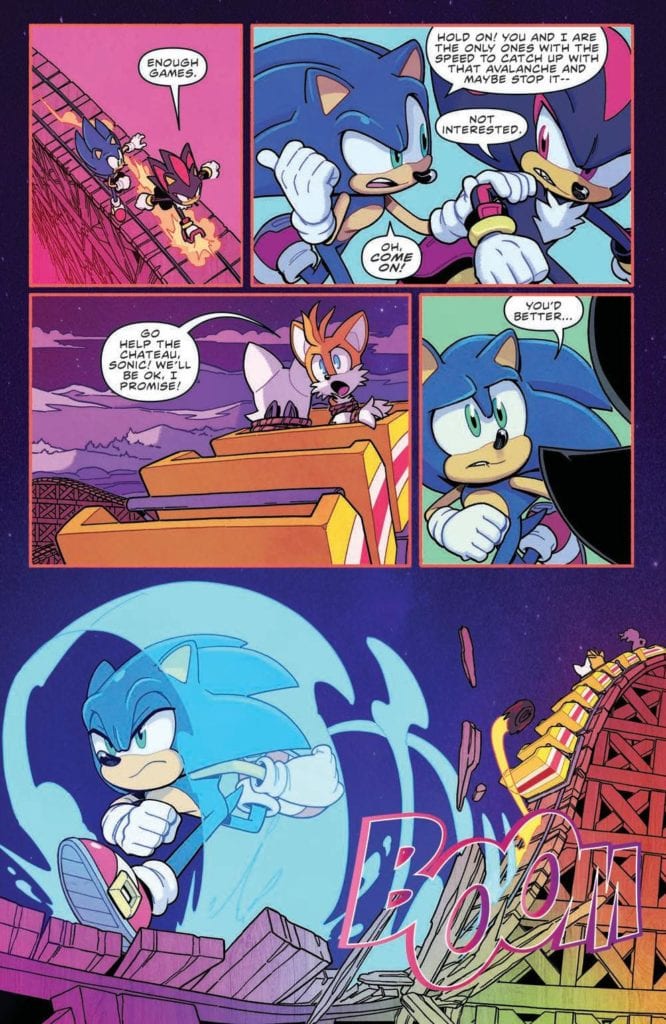 The Letterwork by Shawn Lee adds an auditory aspect to the issue. Lee finds a way to perfectly blend effects into the issue without them detracting from the other visuals in the panels. This seems to be a lost talent when it comes to a lot of letterwork present in modern comics.

Sonic The Hedgehog #36 isn’t a must-read issue but it still is an above-average experience. Thanks to the creative team who made it, even a minor storyline ends up being an entertaining adventure. Still, with the introduction of Belle, it would best for fans to pay attention to this series as a mystery is brewing.

A fun issue with a lot of entertaining moments. Sometimes that’s all you need. Review: SONIC THE HEDGEHOG #36 Hints At More