With Sonata #3, in stores this week from Image Comics, creators David Hine, Brian Haberlin, and Geirrod Van Dyke recover much of the magic they kindled on the first issue.

Sonata, Pau, and Treen are thousands of kubits from home, in the planet’s southern hemisphere. At the same time, the Ran and Tayan put aside their differences momentarily, deciding to brave the Valley of the Sleepers to try and rescue the kids. However, the situation may not be as it appears, with one side planning an unexpected double-cross.

Sonata #3 follows two concurrent plot threads: that of Sonata, Pau, and Treen, and that of their people back at the Lumani village. The book opens to the trio being observed by a lone figure in the desert. We presume this figure to be a survivor from one of the Ran’s expeditions, which is later affirmed. Meanwhile, the village falls under attack from a giant, which displays some unusual abilities we’ve not yet seen them exhibit.

The narrative in Sonata #3 is driven primarily by human drama. There’s plenty of interpersonal squabbling, but it manages to avoid becoming irritating or frustrating. The conflict between these groups is believably written and compelling overall.

We’re also treated to a broader look at the world itself. For instance, we get contrasting creation myths from Sonata and Pau, each ascribing a different significance to the Sleeping Giants. They suitably reflect the diverging worldviews and attitudes of their respective cultures. Then there’s the Lumani, who seem to know more about the planet’s history than they let on to the offworlders.

One sticking point, however, is the lack of urgency in Sonata and Pau’s story. They resolve that it would be wise to head back through the portal. However, they seem content to spend all of Sonata #3 putzing around in the Southlands regardless. Much of the action is focused on the other narrative thread here.

The storytelling is engaging and evocative overall. It’s less reliant on genre tropes than our previous issue, and provides a few genuine surprises along the way. 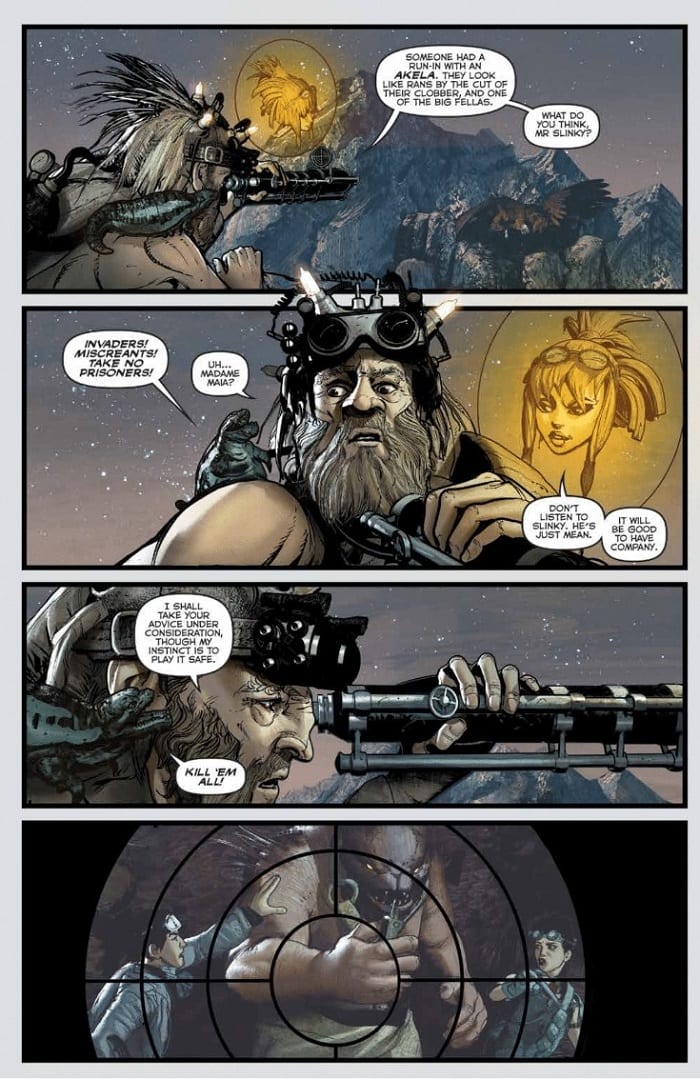 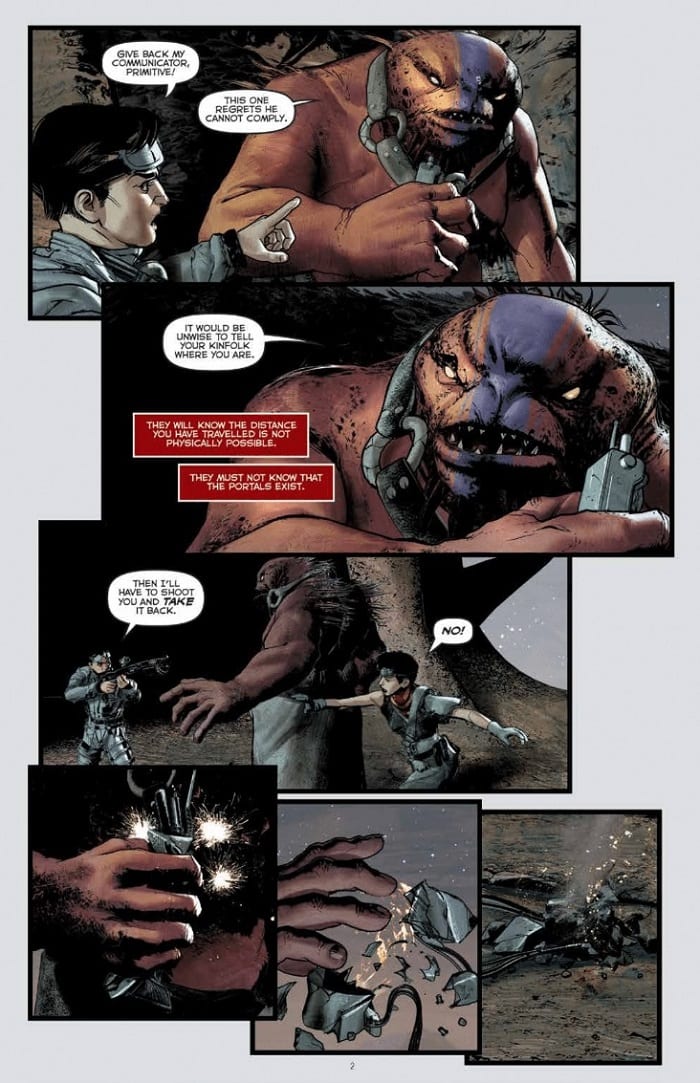 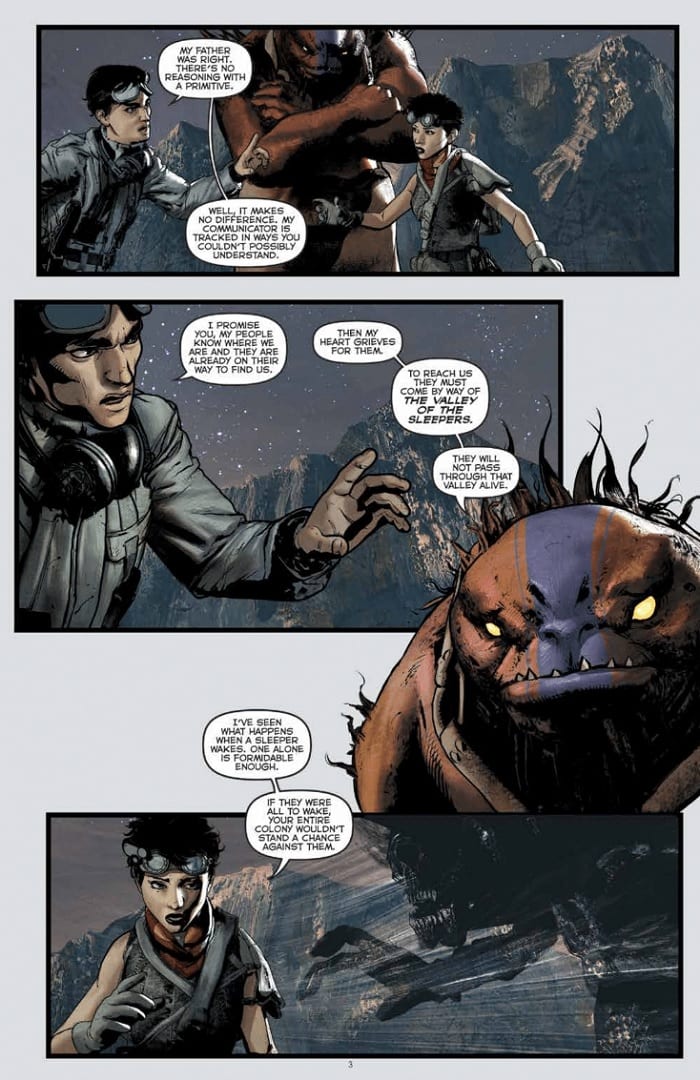 Brian Haberlin’s dreamy, cloudy artwork is a treat in Sonata #3. While not quite as striking as in our first issue, it retains the rich detail and ethereal mood that really sell the illustrations. The mood makes the work feel like a cohesive whole, contrasting closely-cropped panels and wide, open images in regular intervals.

While the environments are more barren, the artist beings some inventive creature designs to the table in this issue. We see more of the Sleeping Giants, plus some bizarre, wendigo-by-way-of-hyena creatures, reinforcing the danger as well as the beauty of the planet our characters inhabit.

Van Dyke’s coloring completes the illustrations, bringing the pages of Sonata #3 to vivid life. Though muted, the color palette of earth tones interspersed with quick flashes of bright reds and gold give the images a lot of gravity. It’s hard to separate the illustration from the colors; the two form a perfectly-cohesive, singular presentation.

Sonata #3 is another winner. It’s a strong chapter in an increasingly-complex work of science-fantasy. Highly recommended. Check it out this week at your local comic book shop.

Review: Rich Artwork & Storytelling in SONATA #3While it doesn't quite reach the same level as the series' powerhouse debut, SONATA #3 is another strong chapter in the tale. Highly recommended.