SHADECRAFT #2 hits comic book stores on Wednesday, April 28th, diving deeper into the mystery of the shadows plaguing Zadie Chu. Readers will remember the teenager encountered these living constructs in the woods last issue, almost succumbing to them if not for her brother Ricky. Now that he’s become a shadow himself, the duo will need to investigate the weird happenings and find a way to get him back to his body.

After the craziness of last issue’s escapades, Zadie finds herself waking up at home the next morning. She literally falls out of bed thinking the shadows attacked her. Fortunately (or unfortunately), it turns out to be her parents. And they’re letting her know she’s grounded. 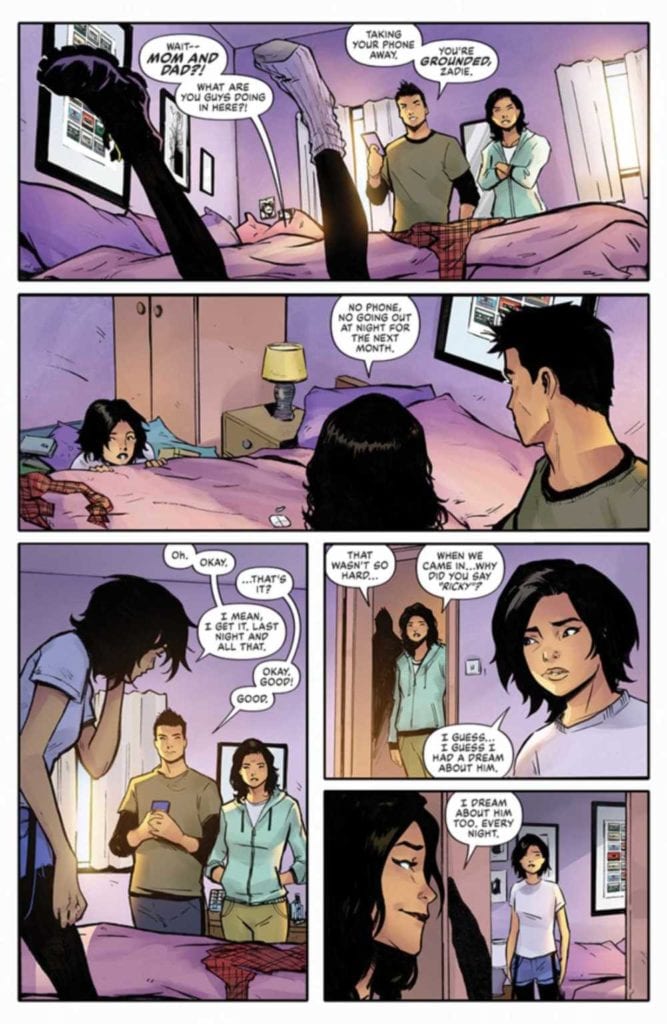 Her parents are surprised to see Zadie is fine with her punishment. But readers will know how anxious she is to spend more time with her brother, desperately searching for a way to solve the shadow mystery.

It is here where readers finally get some answers regarding Ricky’s coma. Readers bear witness to a flashback of a car wreck, leaving Zadie’s brother in his comatose state. A truck with it headlights turned off causes him to swerve and crash into a tree. 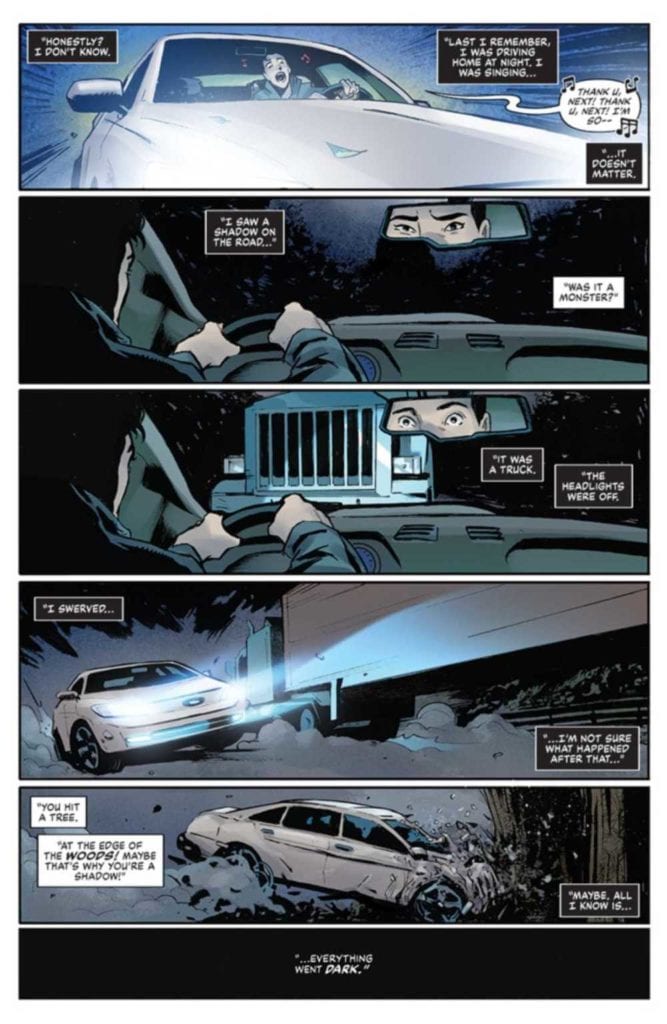 Connecting over their shared trauma—Ricky’s physical hurt and Zadie’s emotional pain—draws these two together like metal and a magnet.

What proceeds is a deeper development of Zadie and Ricky’s estranged relationship. Writer Joe Henderson shows what it looks like for two siblings to recognize what moments they’ve missed together. It’s sad, but offers a glimmer of hope via their budding relationship building.

The illustrations within this issue captured the essence of the typical high school experience for an outcast. Lee Garbett’s penciling and ink work does a brilliant job of highlighting Zadie’s feelings of distress amongst her peers and crush, Josh. Antonio Fabela’s coloring fills her face out with varying shades of red to emphasize her embarrassment. Simon Bowland’s lettering also did a great job of showcasing the ebb and flow of the story’s drama, alternating between panels with many word balloons and those with much fewer.

SHADECRAFT #2 expands this new universe with the perfect balance of mystery and drama. We’re excited to see what develops in Zadie and Ricky’s relationship going forward.

What connection do you think Zadie has to the menacing shadows? Let us know in the comments below!

SHADECRAFT #2 expands this new universe with the perfect balance of mystery and drama.Review: SHADECRAFT #2 - The Shadowy Ties That Bind