From the creative mind of writer Joe Henderson comes SHADECRAFT #1, available in comic book stores on Wednesday, March 31th. This new series promises to explore the concept of “shadows”—whether they be those we literally see or the figurative forces that follow us. Readers will find a lot to identify with in the character of Zadie Lu, our main protagonist. An event in her past haunts her present, and she’ll find it difficult to leave unfinished work behind.

The story sets up the character of Zadie on a dark evening stroll with her friend/crush Josh. Zadie wonders why he is walking her home. When he appears to begin confessing romantic intentions, she plants a kiss on him. 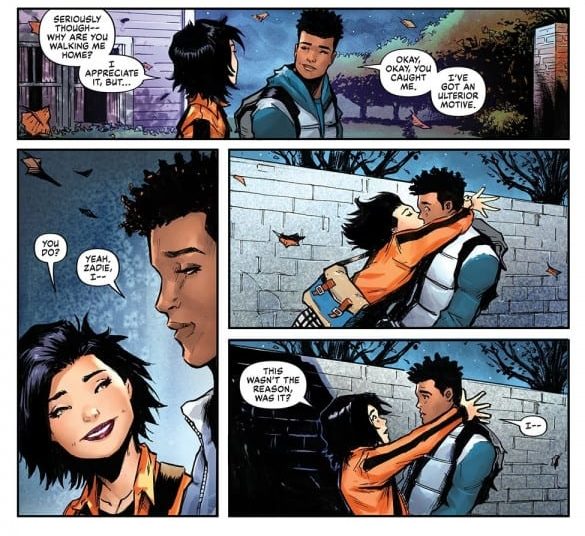 To her horror, a stunned Josh reveals he only wanted to pick up his Switch from her house. As readers, we can identify with the embarrassment through her well-written internal dialogue. We don’t know what she means by “get back to normal” just yet, but it reminds us of those times when things were going our way one minute and those circumstances were shattered to pieces the next. 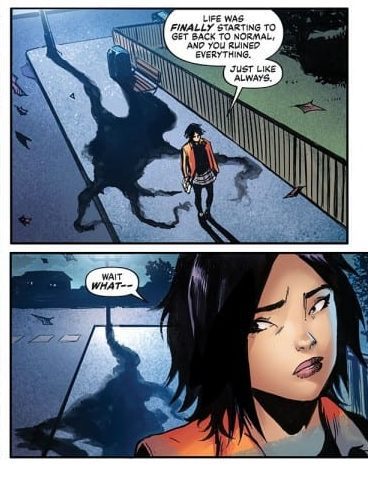 Joe Henderson’s narrative guides us through a series of mysterious events surrounding Zadie. We learn of a tragic event that happened in her past, which seems to follow her every move. Unfortunately for Zadie, her past isn’t the only thing following her. A shadow with a mind of her own begins tailing her every step. But what does this force want from her? 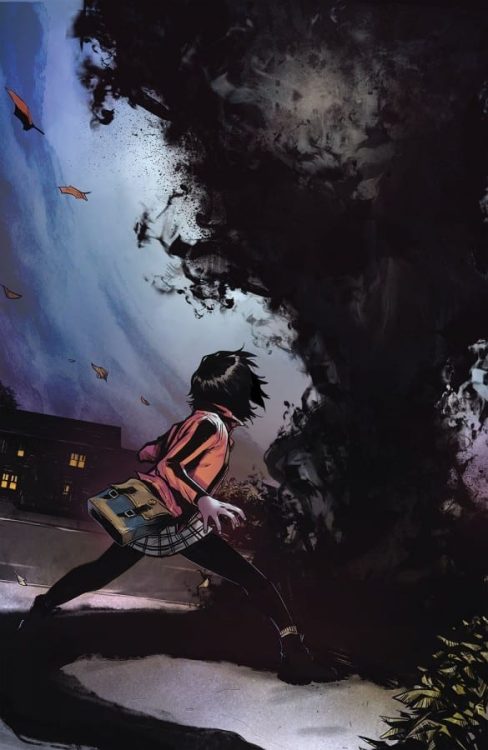 Lee Garbett’s penciling and ink work gives Zadie impressive expressiveness to help readers identify with her. In addition, Antonio Febela’s coloring does a brilliant job of giving the animated shadows depth—it’s as if we see them moving from panel to panel. And Simon Bowland’s lettering ties it all together with an effective use of fonts that capture Zadie’s sheer terror.

SHADECRAFT #1 is an exciting new series. We can’t wait to see where Henderson and team take the story next.

Why do you think these shadows are going after Zadie? Let us know in the comments below!

SHADECRAFT #1 is an exciting new series. We can't wait to see where Henderson and team take the story next.Review: SHADECRAFT #1 Examines The Shadows That Follow Us