With Transformers #16 from IDW by Brian Ruckely, Anna Malkova, Bethany Mcquire-Smith, Josh Burcham, and Joanna Lafuente it seems like the slow build present in earlier issues is moving forward in a positive manner. Does the increase in action scenes make up for the lack of movement in the murder case introduced in the first issue?

Riots rock Cybertron as the delicate balance of peace is fully disrupted. Amidst the anti-Autobot, anti-Decepticon, and anti-Rise actions, can Orion Pax, Chromia, and a Decepticon finally link the deaths of Brainstorm and Rubble to a larger conspiracy? 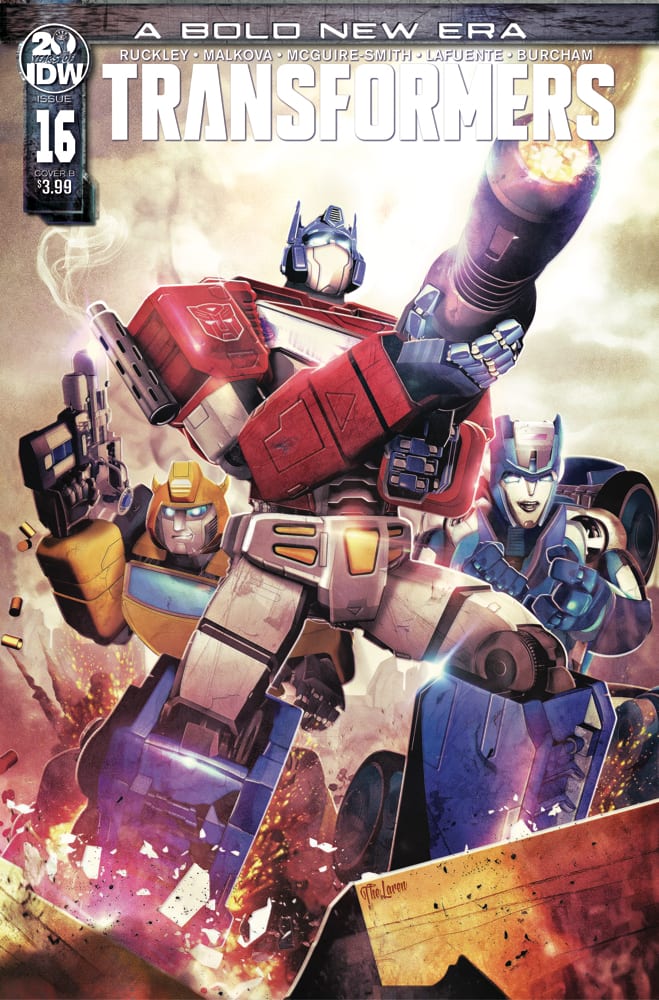 This description is very inaccurate yet it is the link to the main page for the book on IDW. Orion Pax isn’t the main focus of the issue (he’s barely in it for a full-page) and Chromia isn’t even present. Still, despite how the description is misleading and the murders of Rubble and Brainstorm don’t aren’t center stage (and are barely mentioned), the issue has a lot to offer the audience.

Writer Brian Ruckely decides to move Megatron’s plans forward in a drastic way, showcasing how he is making good on his promise in the previous issue not to mess around anymore. Deciding to move first and ask for forgiveness later, Megatron orders the launching of a mission which takes up the rest of the issue and is filled with action and drama guaranteed to keep the reader on edge. 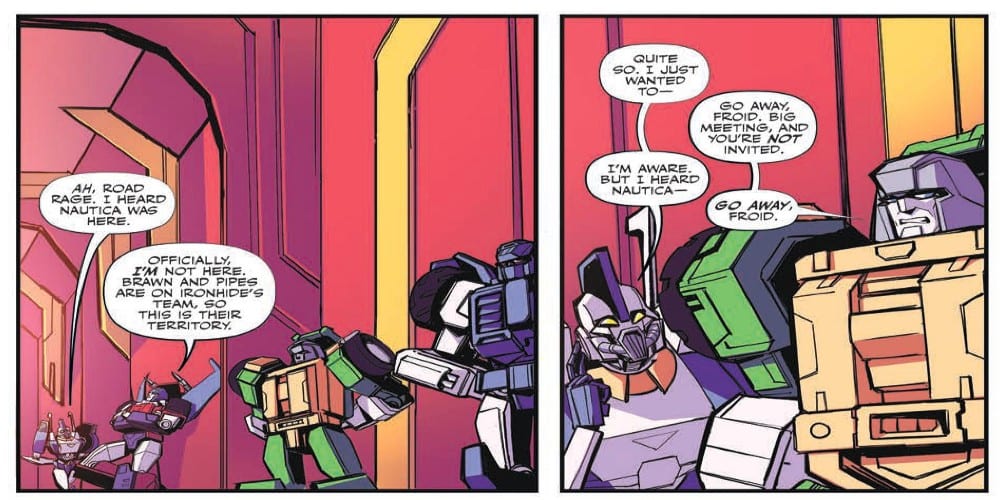 The coloring by Josh Burcham and Joanna Lafuente perfectly seems to assist the different artists they are supporting. Josh Burcham helps to add definition and makes the emotional reactions of the characters pop. Joanna Lafuente aids in cementing the powerful moments in the action scenes. 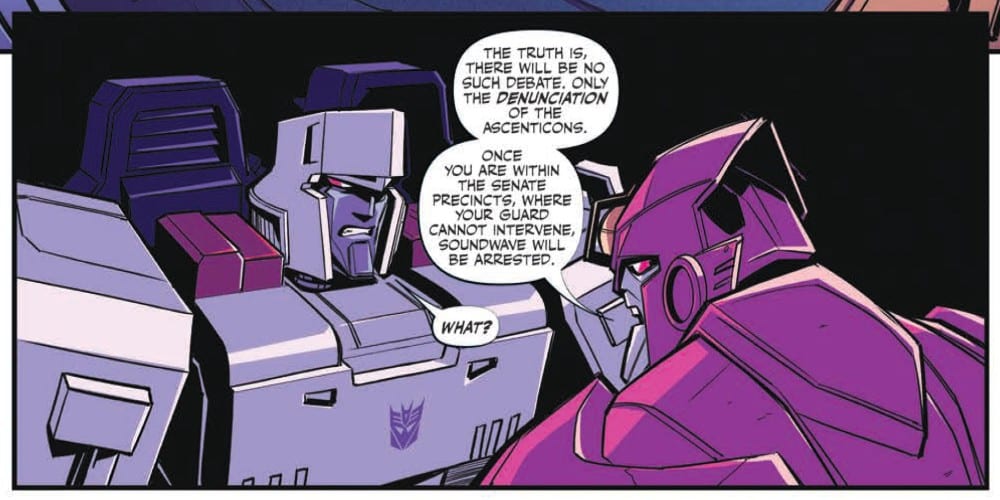 The lettering by James M. Wood helps to add some very impressive sound effects to the issue. The effects are utilized in a way so it doesn’t detract from the artwork. This keeps being a big problem in comics which is a trap Wood could teach others not to fall into.

Though the mystery behind the murders are ongoing, Transformers #16 succeeds instead by offering action and the setup for drama in future issues. Thought it would be nice if the murderer of Rubble and Brainstorm was revealed, the effects of their deaths are on display. Cybertron is on the brink of catastrophe and this issue moves the plot one step closer to civil war.