Review: RONIN ISLAND #6: Will Hana Fight For The Island?

Hana and Kenichi—the dynamic duo who put aside their differences to fight the monstrous Byonin—have been separated for quite some time. After the warriors learned the region’s Shogun was the one who unleashed the Byonin in order to conquer the world, the latter fled to warn Ronin Island of the army’s impending assault. At the same time, Hana realized she must work within the Shogun’s military to prevent the attack. But will she be able to make a difference?

One would think learning the Shogun’s forces created the Byonin would be horrific enough, but the maniacal overlord outdoes himself in this issue—he instructs his soldiers to shackle up the creatures and prepare them to be used as a weapon. He plans to set them against all the innocent people living on the Island and its surrounding areas. 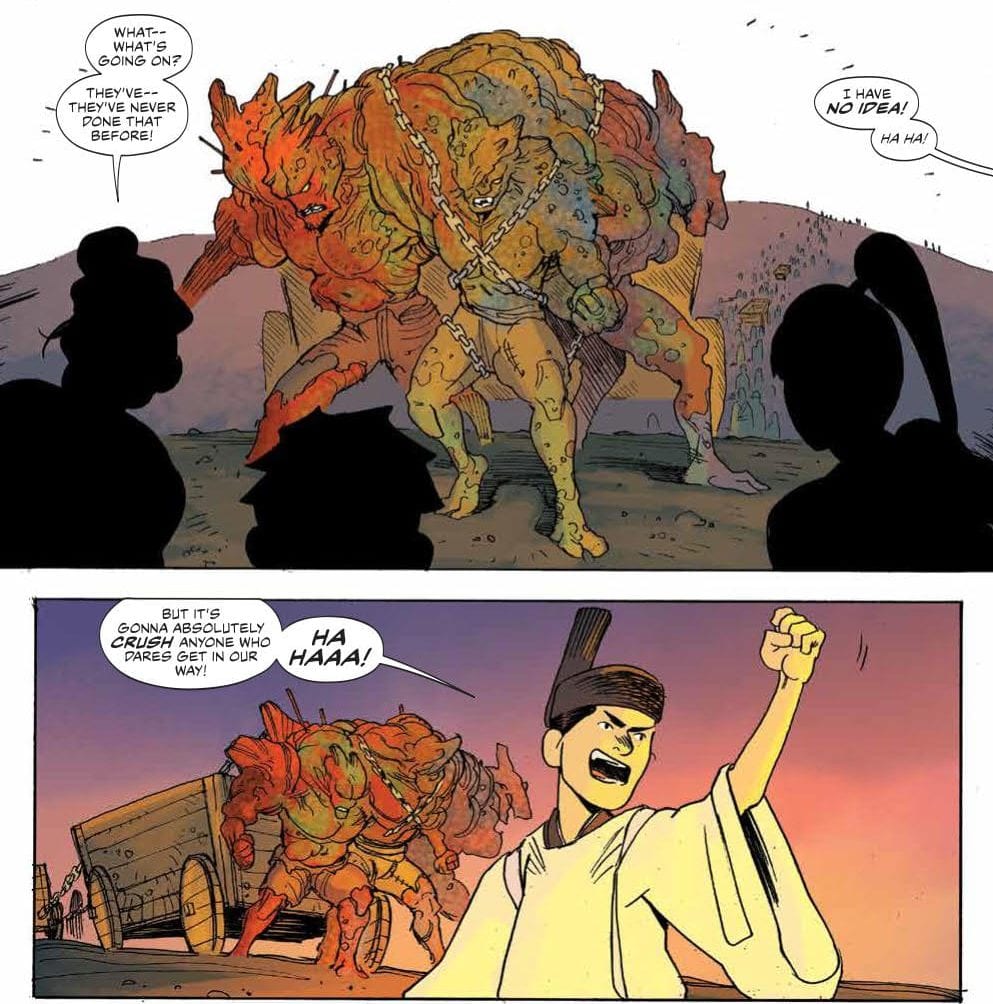 Hana is mortified by this new battle tactic, and understandably so. But her fellow peasants enlisted in his army don’t seem as appalled by the Shogun’s actions. Many are simply grateful to be a part of a powerful army that will keep them safe, especially after leaving their lives of poverty. To this Hana implores them to seek rather the community on the Island, a group she claims will accept them. But one of her comrades questions why they should trust her community when they haven’t even accepted her. 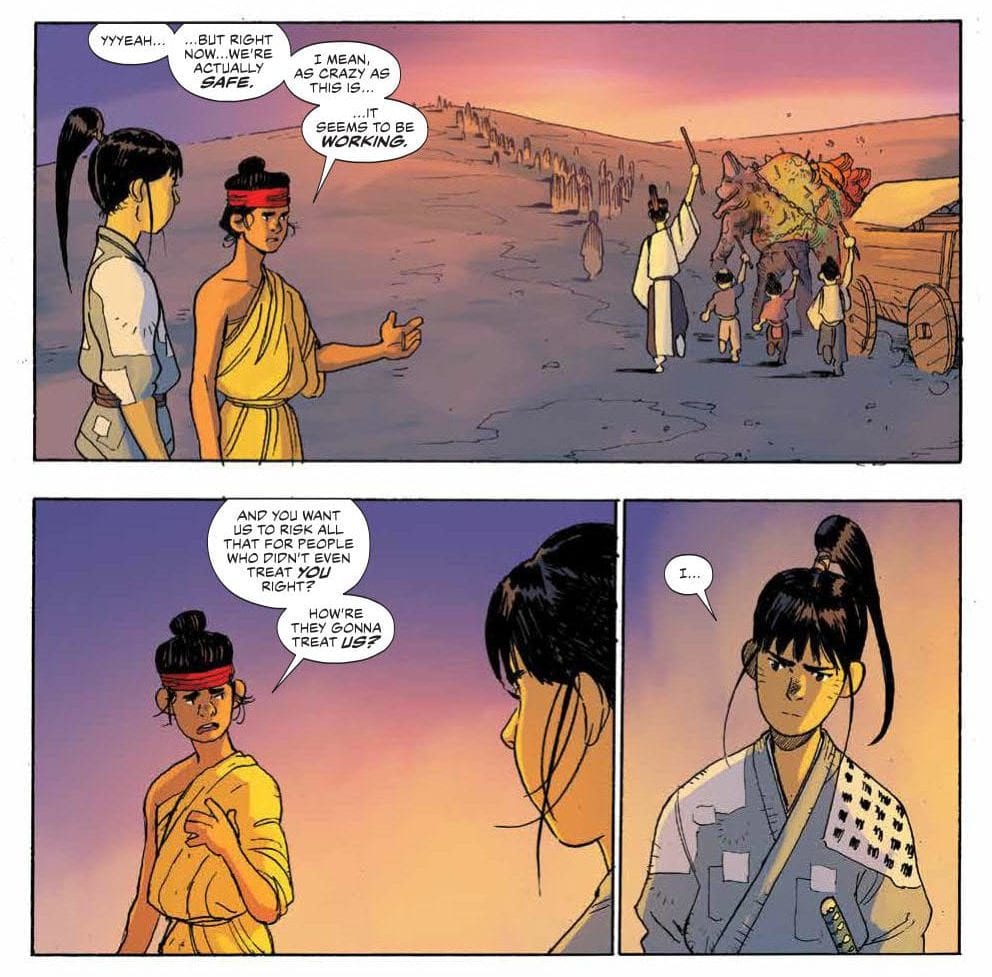 Greg Pak touches on important themes through Hana’s interactions with her fellow peasants, including loyalty, resentment, and forgiveness. The reader has the privilege of joining alongside her as she questions the merits of both her homeland and new community.

The artwork within RONIN ISLAND #6 captures the hopelessness facing Hana and Kenichi through its desert landscapes and hideous Byonin. Giannis Milonogiannis’ penciling and inking, combined with Irma Kniivila’s coloring, offers intricate detailed illustrations of their fights with the Byonin throughout each protagonists’ journey. However, the backgrounds offer little to help readers imagine the land the Shogun is currently conquering. The scenery isn’t the point of the story, but it would have been great to see more details. Still, the artists’ gruesome depictions of the Byonin’s mutated flesh as it’s sliced into pieces by samurai swords makes up for much of what detail is missing in the background illustrations.

Simon Bowland’s lettering for the issue fits well within the action of this story. Readers can shift between the fighting scenes and dialogue easily, taking in the deep storytelling from both the illustrations and the dialogue.

Milonogiannis’ and MSASSYK’s main covert art depicts a samurai sword stuck in a skull with both objects covered in the fungal residue left by Byonin. This offers an ominous vision for the story ahead, asking an important question: Will it be the samurais or the Byonin who are ultimately destroyed?

Takeshi Miyazawa’s and Raúl Angulo’s unlocked retailer variant artwork features Kenichi fighting with the band of outlaws who captured him last issue; this suggests an unlikely alliance in the near future.

RONIN ISLAND #6 is a philosophical look at what makes a group worth fighting for. Readers will see how Hana, who represents all of us, discerns the difference between an unaccepting, morally depraved empire and her own country that acts the same way while professing to adhere to higher values.

What did you think of Hana’s diplomacy in this issue? Let us know in the comments below!

Review: RONIN ISLAND #6: Will Hana Fight For The Island?RONIN ISLAND #6 is a philosophical look at what makes a group worth fighting for. Readers will see how Hana, who represents all of us, discerns the difference between an unaccepting, morally depraved empire and her own country that acts the same way while professing to adhere to higher values.