RONIN ISLAND #5, hitting comic book stores on August 7th, details the ramifications of issue #4’s huge reveal. In said issue, Hana uncovers the secret behind the Byonin’s creation and the Shogun’s role in the process. Now the young samurai must decide whether to continue fighting for the immoral overlord or risk certain death in the wilderness.

Greg Pak frames the current events of this story around a series of flashbacks from Hana and Kenichi’s past. The reader sees each child’s perspective when Kenichi’s mother finds the two playing together, no doubt astonished by her choice to rip her son away from the girl. The scene reeks of both racism and class stratification that reflects the ugly attitudes often seen in our own world; it also gives Kenichi his first test of loyalty. 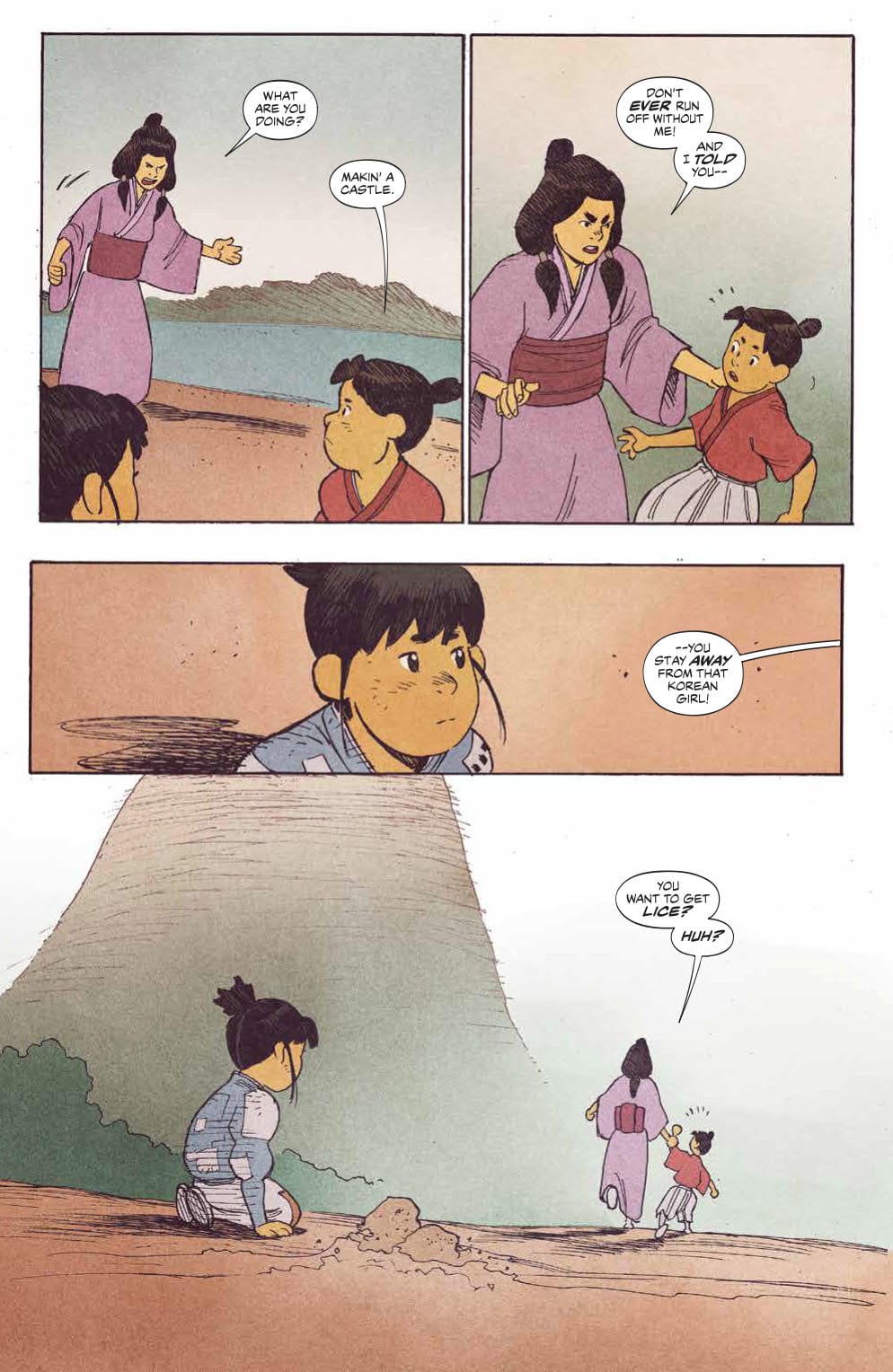 These flashbacks give readers context into Hana and Kenichi’s adversarial relationship. This adds to Hana’s contempt for the upper echelons of society, specifically the Shogun and his army. She eventually confronts General Sato and demands he explain why he continues to remain loyal to the man who mutated his own people into Byonin. At this the hardened warrior unearths a startling revelation: ” Loyalty’s got nothing to do with it. I just know what the alternative is.”

While Hana is fighting Byonin and debating the merits of staying with the Shogun, Kenichi races as fast as he can to Ronin Island. He’s taken it upon himself to warn them of the Shogun’s treachery and the Byonin menace. But a run in with bandits may put his life in mortal danger.

Giannis Milonogiannis’ penciling, Irma Kniivila’s coloring, and Simon Bowland’s lettering fit perfectly with the narrative laid out by Pak. Milonogiannis’ drawings of Hana’s flashback scenes are beautifully simple, reflecting the innocence of her and Kenichi’s childhood. As the story progresses Kniivila adds in darker hues to signify how much more complex and dangerous their lives have become in this post-Byonin world. Bowland, not to be outdone, makes effective use of bold lettering to drive home the main themes of the story as they arise in character dialogue. 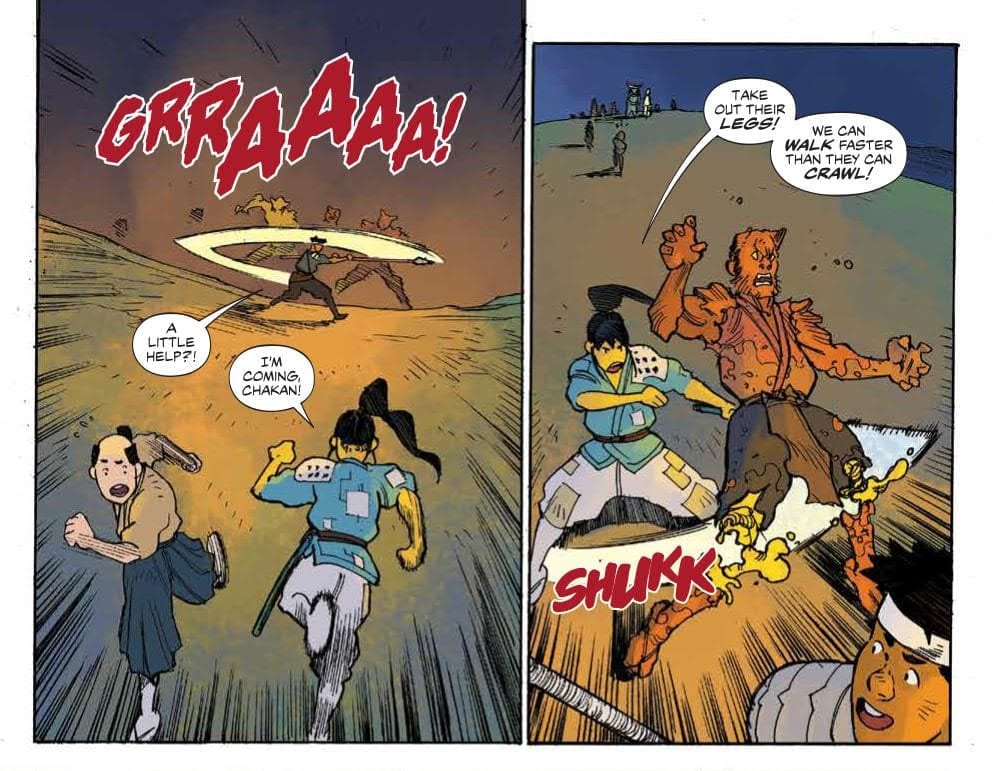 Milonogiannis and MSASSYK’s main cover places the focus on Kenichi as he faces the terrors of the burned wilderness; Ethan Young’s preorder cover also features the young warrior but uses a monochromatic sketching reminiscent of historic East Asian art forms. Kris Anka’s unlocked retailer variant cover places the brave Hana in the midst of the Shogun’s warriors, giving her an expression of uncertainty as she contemplates why she’s fighting for the unjust ruler.

RONIN ISLAND #5 adds further complexities to Hana and Kenichi’s fight against the Byonin by revealing even more depths of the Shogun’s nefarious schemes. We’re anxious to see what becomes of Ronin Island once the Shogun/Byonin finally reach it.

What did you think of Hana and Kenichi’s flashback scenes? Let us know in the comments below!

Review: RONIN ISLAND #5: A Test Of LoyaltiesAn intriguing look into the main characters' motives. We begin to learn why they're loyal to their respective parties.