Review: RONIN ISLAND #1 And Why We’re Stronger Together

The creative minds of Greg Pak and Giannis Milonogiannis have introduced RONIN ISLAND, an engaging story centered on a group of displaced peoples from China, Japan and Korea. Issue #1 follows two brash samurai students as they learn to overcome their animosity towards one another and work together. Their struggle underlies a deeper unrest within the community as they seek to forge a collective identity amid cultural conflict.

Many writers struggle to define their characters at the beginning of a new series, but Pak is up to the challenge. The issue dives right into characterization from the get-go, presenting concise backstories for its two main characters: Hana and Kenichi. Readers learn Hana, an orphan, comes from a poor farming community while Kenichi hails from a prestigious line of samurai warriors. The only bigger clash than these distinct backgrounds is their competitive personalities. 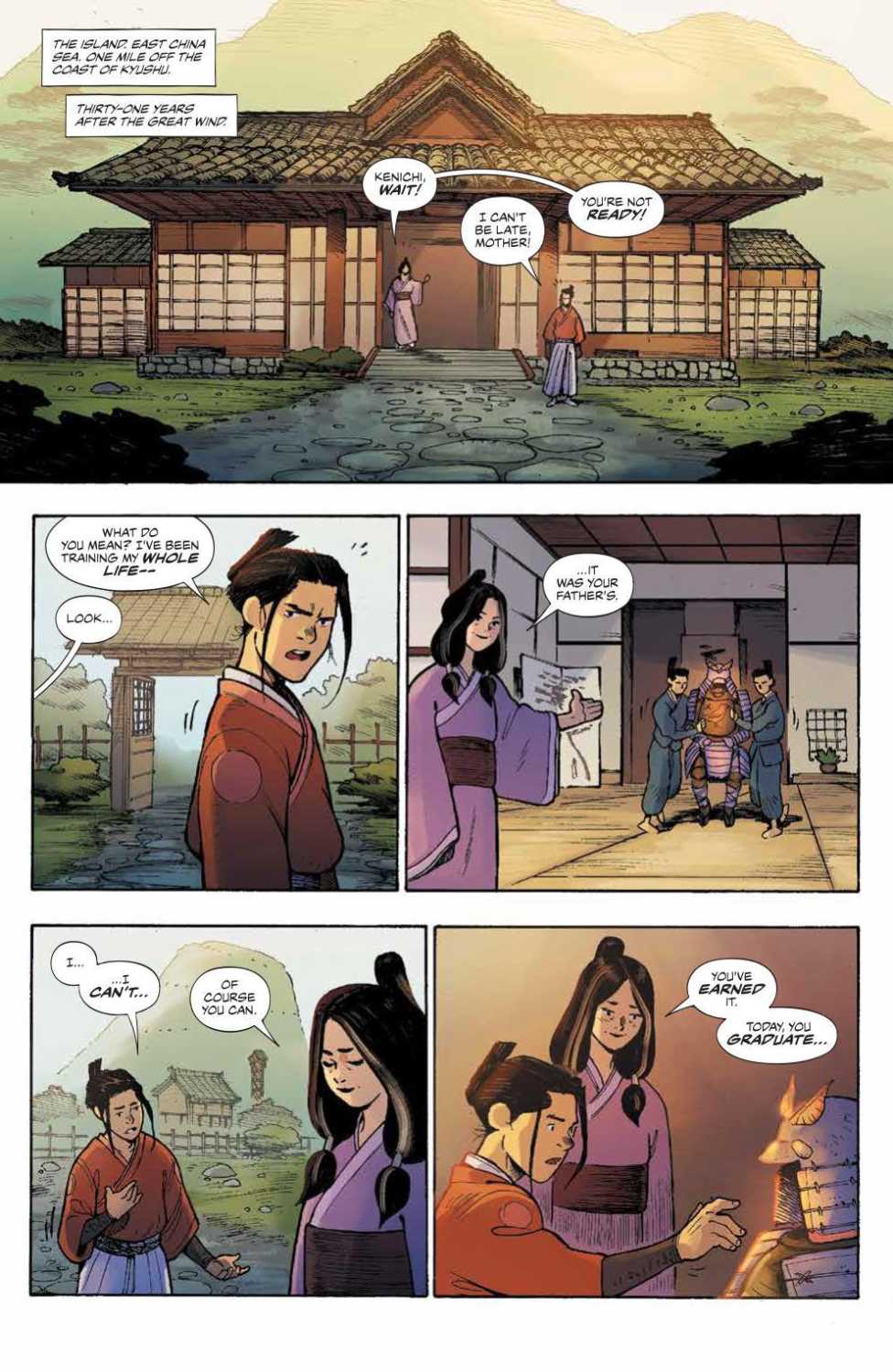 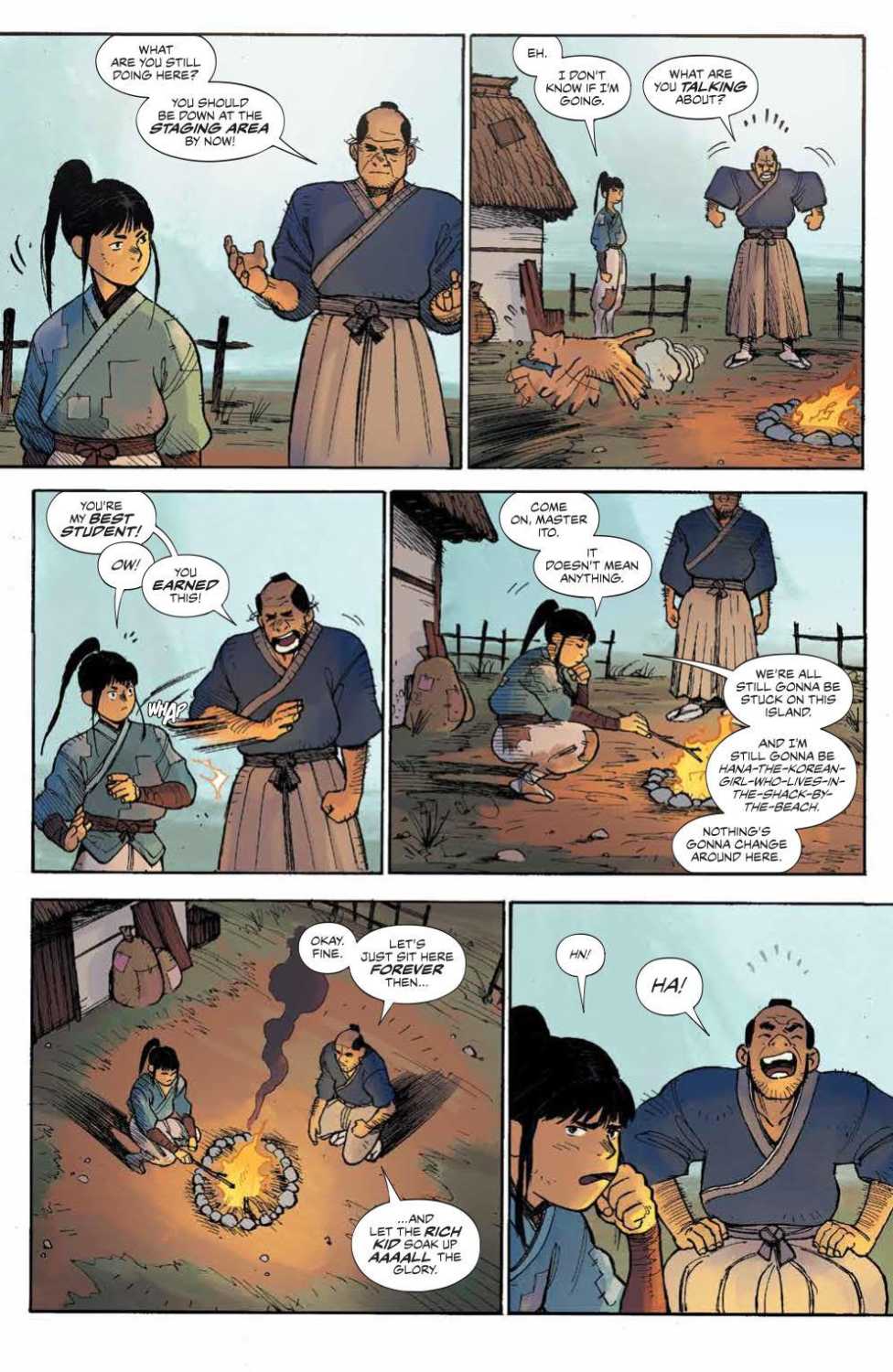 A big theme in this story is multiculturalism, which is wonderfully emphasized by the village’s mantra: “Together in Strength.” Hana and Kenichi struggle to apply this motto during a samurai trial. One can feel the frustration in both characters as they let loose their preconceived prejudices. They eventually find that it’s much more difficult to succeed when cutting the other person down. The challenge ultimately shows the students the importance of embracing differences and coming together; that is where one finds true strength. 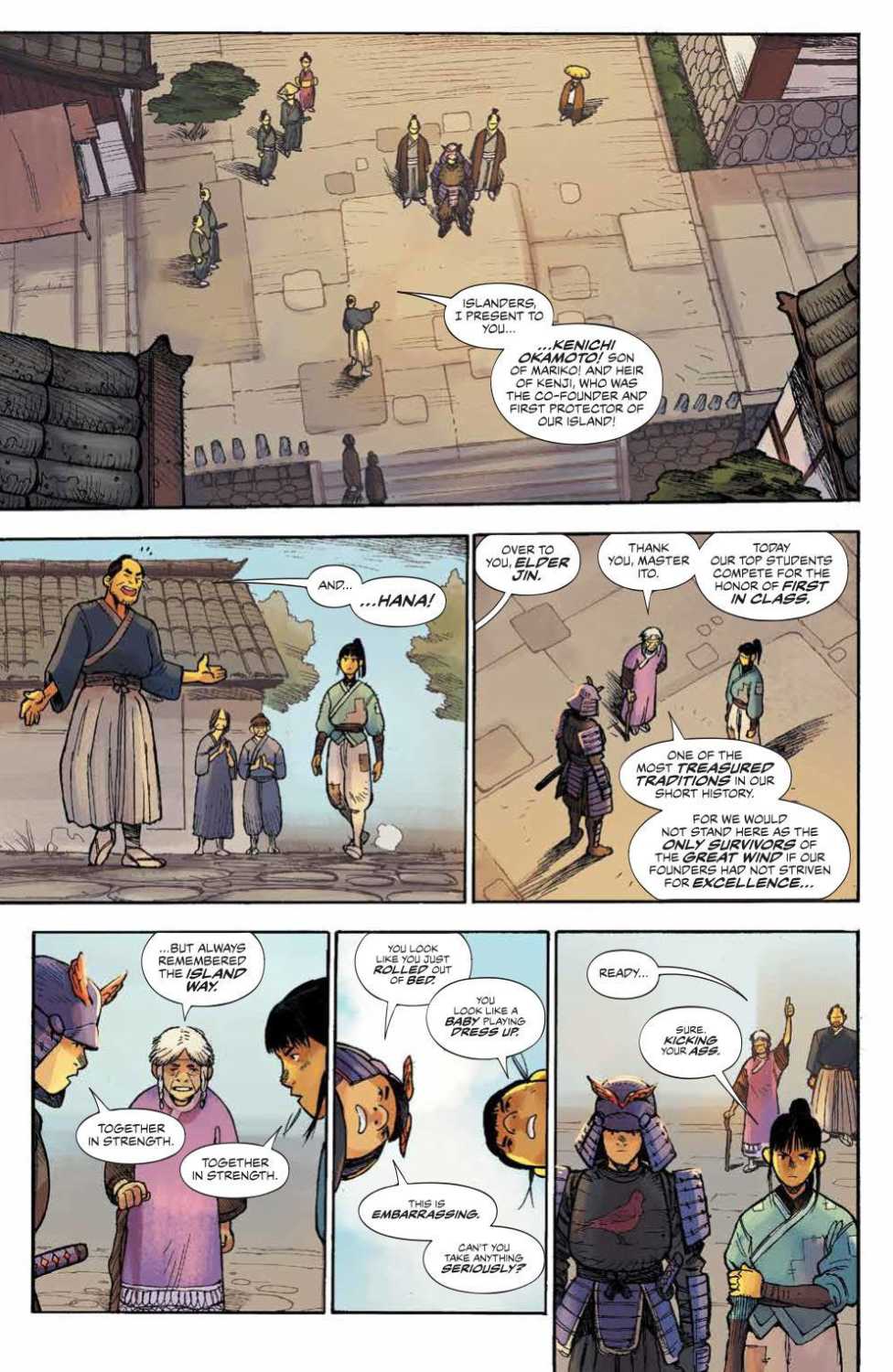 The samurai trial serves as a foreshadow for an impending threat, one bigger than they’ve ever faced. And their only hope of survival lies in the words of a mysterious stranger.

This story wonderfully underscores the very real human fear of the “other.” Readers will find new BOOM! Studios’ favorites in Hana, Kenichi and the others as they face their fears in the coming issues.

Milonogiannias’ penciling creates a solid structure for the issues artwork while the collaborative work of Irma Knivila and Simon Bowland bring it to life. The vast landscapes of the island are coupled with highly-detailed houses and buildings to provide the reader with an authentic East Asian setting. Knivila uses variations of brown and green to emphasize the community’s dependence on the island’s natural environment. In addition, Bowland’s variations in lettering sizes underscore crucial thematic elements, such as the island motto.

The main, preorder, and variant covers give alternative takes on the story in masterfully diverse ways. Milonogiannias’ penciling and Msassyk’s colors give form and structure to the main cover by highlighting the determined looks of its main characters.

Ethan Young’s preorder cover depicts the story’s East Asian setting with monochromatic shades to bring to mind peacefulness and traditional art from the time period. The variant covers offer unique interpretations as well; David Lafuente and Germán García’s version focuses on the coming conflict while Kris Anka’s emphasizes each of the protagonist’s weapon of choice. 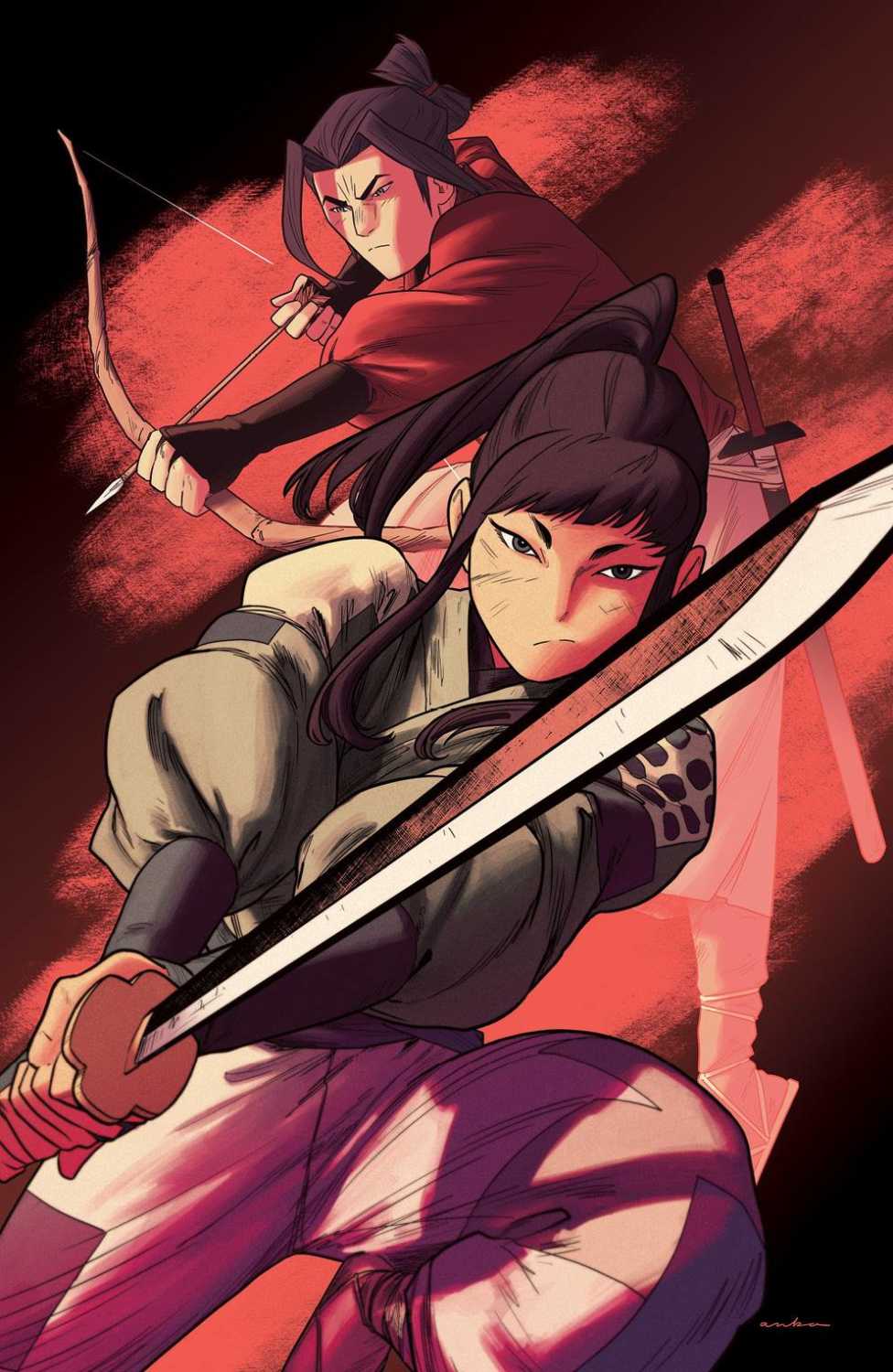 RONIN ISLAND #1 offers an engaging story with highly relatable characters. Themes of multiculturalism and diversity abound, making this one of the most fitting tales of our modern time.

Are you looking forward to issue #2? What do you think of the threat? Let us know in the comments below!

1352
Find out how to get the
Monkeys Fighting Robots magazine!

An Origin in STRANGER THINGS AND DUNGEONS & DRAGONS #1

Stranger Things and Dungeons & Dragons #1 is the beginning of a new adventure, as four boys discover the wonder of tabletop RPGs.
Read more