Vampires have been around a long, long time, and they have meant many different things. But one of the strongest undercurrents of Bram Stoker’s Dracula is that of Victorian high society’s repressed sexuality bubbling to the surface through the titular count himself. And if there’s another group of famously repressed 19th century fellas, it’s cowboys. West of Sundown #1 spends most of its time setting up what would bring Vampire socialite Constance and her ex-confederate partner-in-crime Dooley to a small western town. Though one thing stays consistent. Whether its the glitz and glamour of high society or the dusty saloons of the American West, people aren’t going to take too kindly to Constance’s true nature. 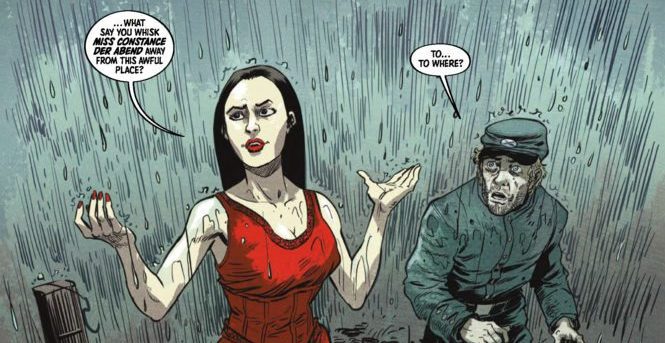 Tim Seeley and Aaron Campbell start the issue with the meeting of our two main characters, Constance and Dooley, amidst the Civil War. Both are somewhat adrift, Dooley an Irish immigrant fighting in a war he has no investment in, and Constance hoping to avoid the war altogether by taking a long nap six feet underground. Becoming fast partners, the two begin selecting the worst of New York’s elite has to offer as targets for Constance’s endless hunger. But after a decade of smooth sailing, hunters finally manage to strike a mortal blow on Constance. If she’s going to save herself, she needs to return to the soil of her homeland. And that home may be a bit different than she remembers.

This issue is dedicated to letting the reader know its characters before they’re thrown out of their element. Constance is still at this point a bit of a mysterious cypher, someone who pushes Dooley out of his aimless malaise, from senseless murder to murder with… well, at least a bit more sense. Dooley still isn’t fully comfortable with where life’s found him, but choosing his victims gives him a bit more control than his previous life.  Constance muses that America’s a new country still trying to decide who its monsters and angels are. Don’t expect a whole lot of angels from this book. 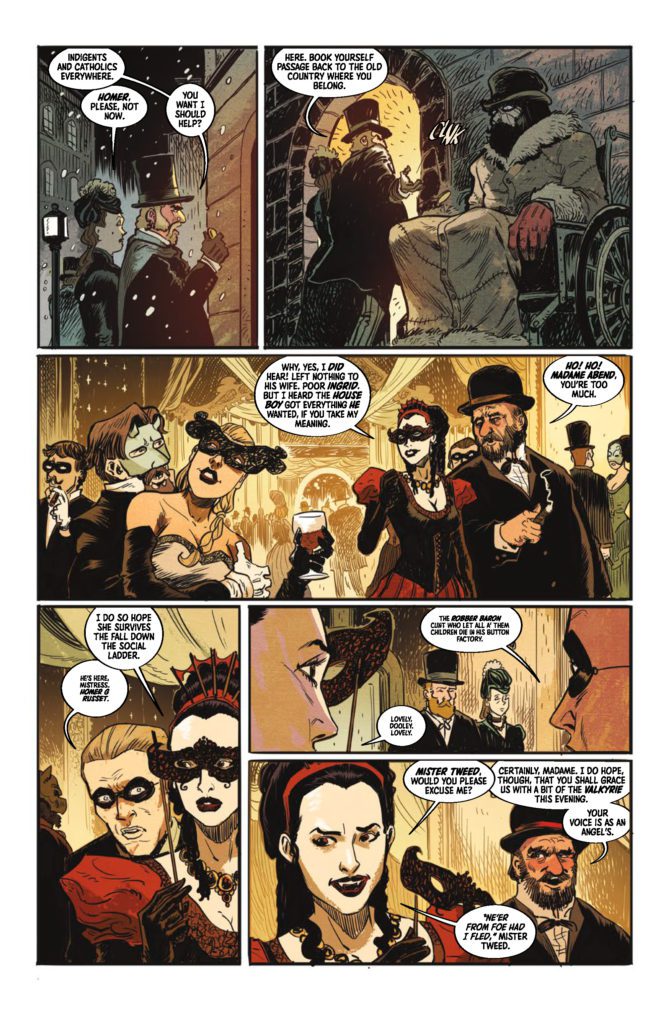 Jim Terry’s art on the series is immediately appealing, balancing a cartoony simplicity with real weight and physicality, characters sporting sharply defined cheekbones and wrinkly faces. The approach to horror definitely brings shades of classic EC comics to mind, as well. Mainly the expressions. Horrible events are greeted with wide, blank gazes and lips hanging open, sweat dripping down the brow. Sometimes faces are even lighted as if staring directly into a spotlight, shadows framing the sweat and raised eyebrows. Sometimes panels will highlight a single eye, widened in surprise. Expect less screaming and flailing, and more clenched teeth.

This book may be a western, but Triona Farrell doesn’t just fall back on browns. The palette is far more expressive, relying on primary reds, blues, and yellows to compliment the heightened emotions the story relies on. Dooley’s self-doubt is often accompanied by sickly yellows, his moments of violence bright red. Though they’re all a bit faded, like they’re being looked at through a gauze filter. It’s a careful balance, trying to capture both the slightly dreamy feel of the supernatural along with the dusty grit of the plains. 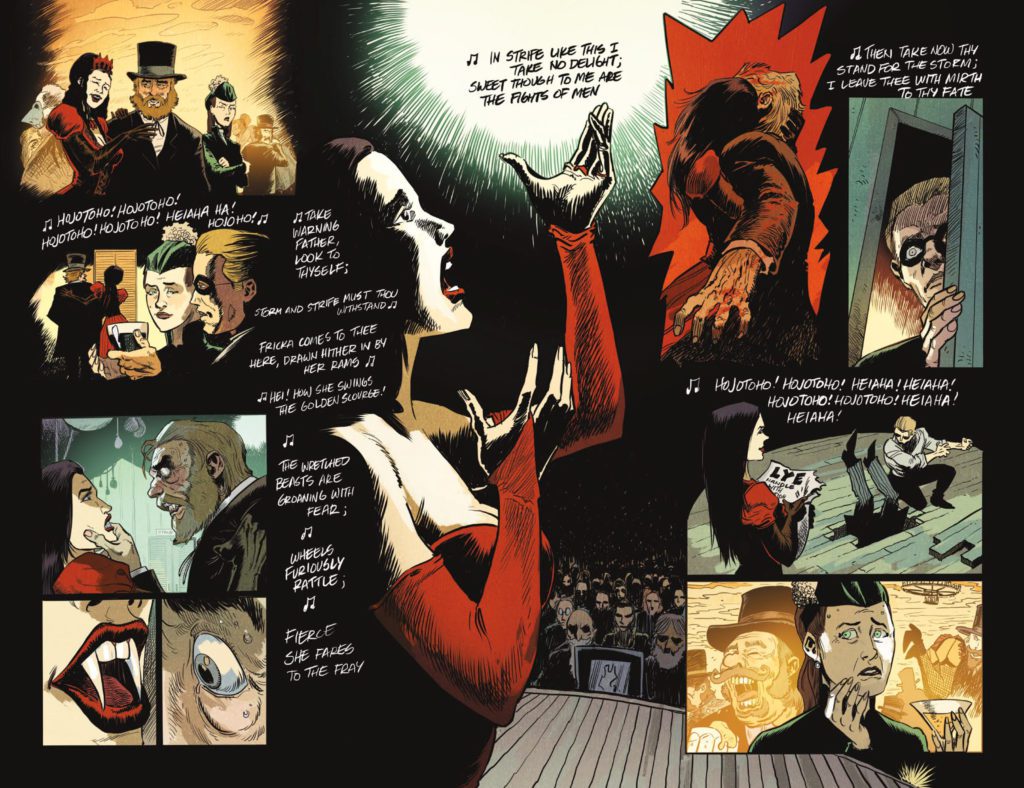 Letterer Crank! gets to experiment with a number of different lettering styles, Dooley’s journal presented in italics with a mixture of upper and lowercase letters. Some sound-effects are written without borders, other with thick outlines that make them jump out from the page. Constance’s song appears to be fully handwritten, and flows up and down across the page, offering a nice contrast to her acts of violence.

West of Sundown #1 is an intriguing start to a series that sets up an unlikely duo in a less-than-friendly small town. The last page promises that quite a few twists and turns are coming down the pipeline. But for now? I enjoyed my time with these two oddballs. Hopefully they survive what’s coming next. West of Sundown #1 is out from Vault Comics at a comic shop near you!

West of Sundown is a western that opts for midnight over high noon. Expect more fangs than fistfights.Review: Rising Action in WEST OF SUNDOWN #1