Review: Off to See the Wizards in RED SONJA #9

Red Sonja #9, out this week from Dynamite Entertainment, sees our protagonist pushed to seek out an unorthodox ally, infusing an unexpected shot of horror into the book’s already potent formula.

Sonja is desperate to forge an alliance with anyone left who can stand against Dragan. This drives her to the lair of The Sorcerers of Wigur-Nomadene, an imposing and sinister magical sect. But, while Sonja seeks the sorcerers, her trusted advisors plot to betray her. 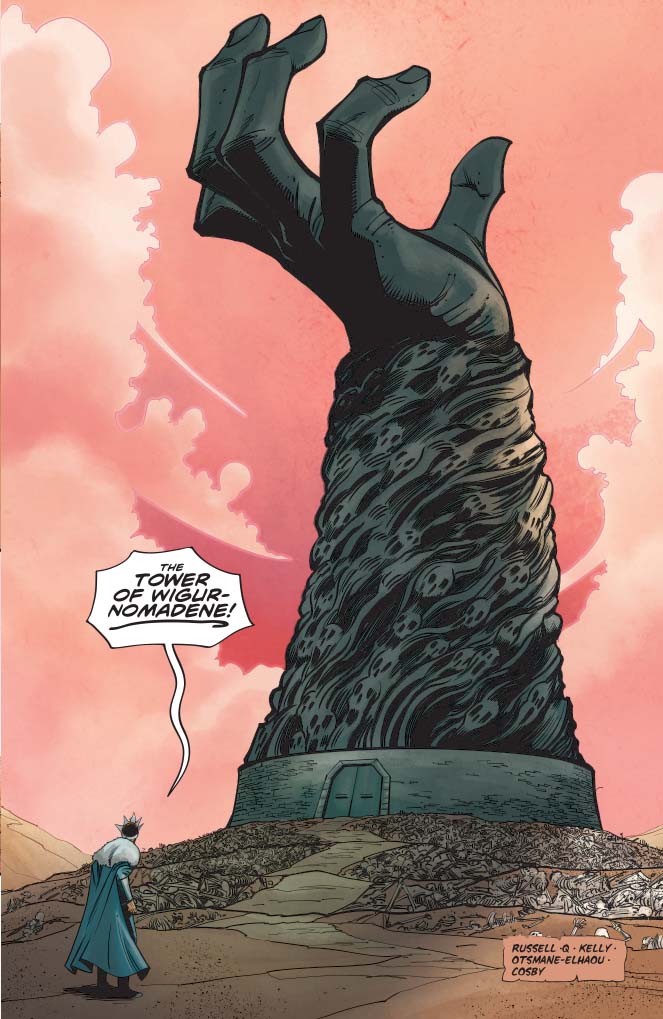 This is perhaps the most suspenseful chapter yet in writer Mark Russell’s story. It’s a great example of dynamic storytelling, drawing the reader in with elements of tragedy, political intrigue, and horror.

Red Sonja #9 begins with a foreboding prologue. In the brief vignette, we see a king who goes to the tower to beg for help recapturing his kingdom from Dragan. The effect of this little introduction heightens the tension by showing the danger the sorcerers can pose to those who trespass in their realm. This pays off immediately as we cut back to the present to see Sonja herself approaching the tower.

Tension mounts as Sonja attempts to reason with the sorcerers. We know—as well as she—the danger they pose. This creates compelling tension that builds throughout the book.

The stakes are raised in Red Sonja #9 as events play out back at camp. Convinced Sonja’s dead, her advisers immediately set to establishing a new regime. Meanwhile, we know Foghor is still scheming behind everyone’s backs, adding even more tension to the story. There’s a lot going on in this book, but it comes together very organically.

To offer a minor complaint, Sonja’s ordeal with the sorcerers ultimately feels a little futile. It serves as an excuse to draw Sonja away from camp and to allow a plot to unfold. It could, of course, pay off in successive issues. As it is, though, Sonja’s story doesn’t really have much significance in the broader narrative. Little is really accomplished or discovered, thus making it feel a bit tangential and anticlimactic. 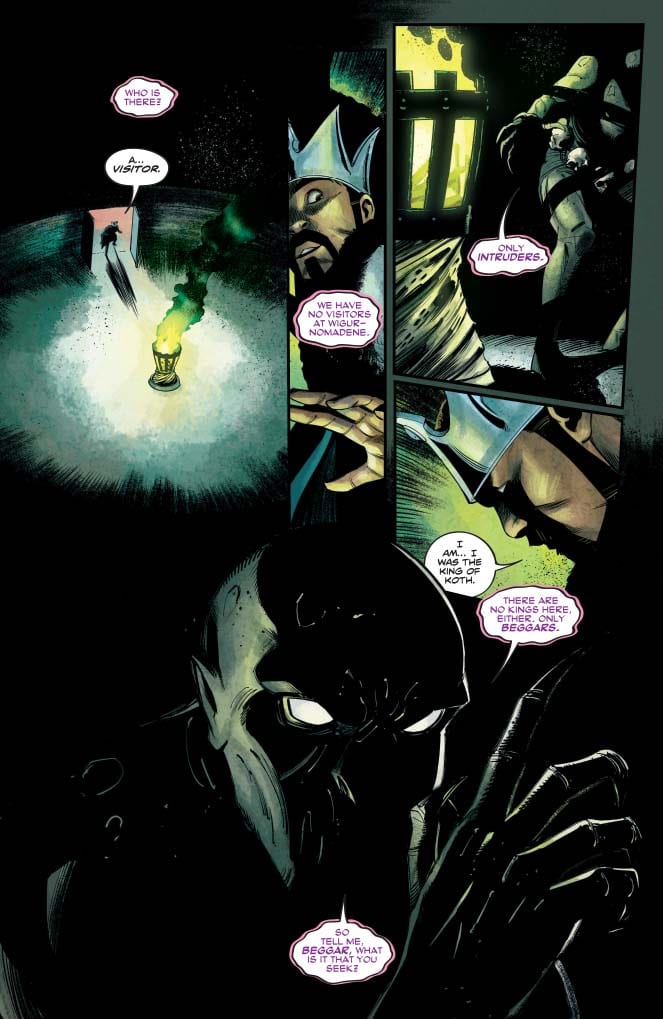 Artist Bob Q gets the opportunity to showcase some more inventive and macabre designs in Red Sonja #9. The Tower of Wigur-Nomadene itself has an imposing, Lovecraftian aura, immediately signaling to the reader that these magicians are not to be trifled with.

The designs of the tower and of the sorcerers themselves are simply awesome. They’re unlike anything we’ve seen in this volume of Red Sonja, yet they don’t feel so out of place as to clash with the rest of the artwork. This book features some of the most impressive and inventive artwork in the series thus far.

Despite the surreal tinge, Q doesn’t overlook basic craft, though. The artwork is well-paced, accenting the drama of the story.

Colorist Dearbhla Kelly provides some stunning work in Red Sonja #9, too. The eerie setting of the tower allows the artist to play with dark tones, cloaking the sorcerers in harsh shadows and unearthly glows. 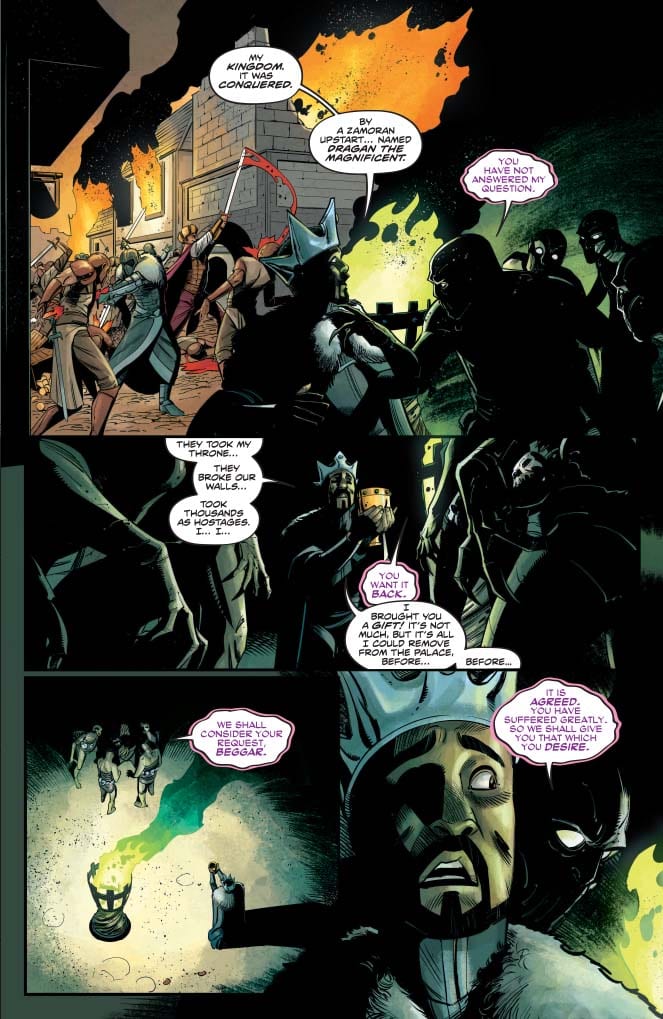 RED SONJA #9 is one part tragedy, one part political thriller, and one part cosmic horror. An odd mix, but it all comes together in a great final product. Another suspenseful, stunning chapter in Mark Russell's ongoing story.Review: Off to See the Wizards in RED SONJA #9