Read Only Memories #1, the first chapter in a new four-issue limited series out this week from IDW Comics, is a true sci-fi treat. Inspired by the critically-lauded game 2064: Read Only Memories, the book takes us into some fascinating territory.

A robot hires private investigator Lexi Rivers to track down her lost human lover, dragging her into the middle of a gang war in the process. For full disclosure: I never actually played the game on which this book is based. That said, newcomers will have no problem getting invested. 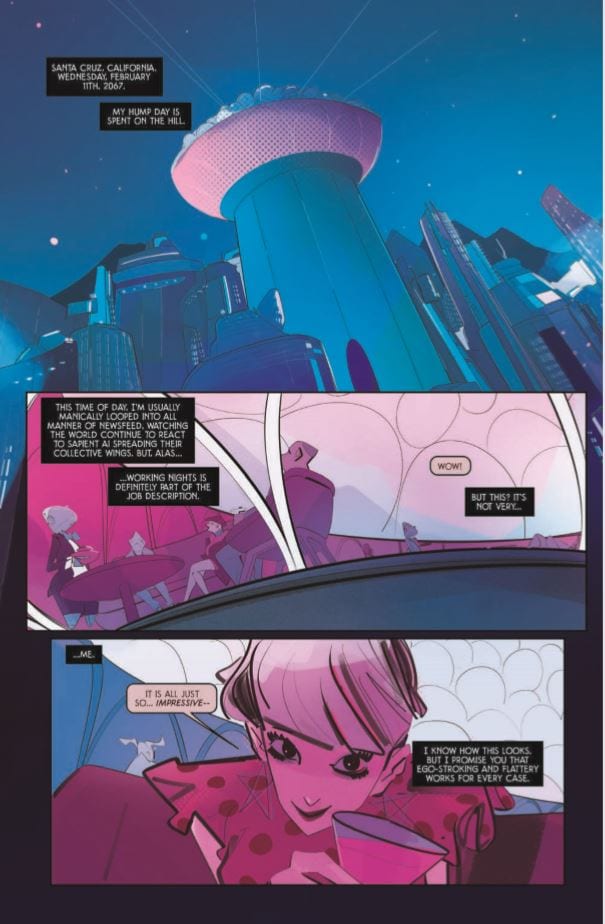 What begins as a seemingly-mundane P.I. story quickly develops into a much richer tapestry of sci-fi tropes, creative ideas, and social commentary. By the halfway point of Read Only Memories #1, it’s clear that writer Sina Grace has something much more interesting to say than paying basic homage to genre clichés.

One of the book’s greatest assets lies in the worldbuilding. While it can be a bit jarring to drop straight into this world at first, readers can quickly pick up on the lay of the land. The society introduced here is a fascinating, libertine vision of cyberpunk neo-noir. It’s not dystopian, instead remaining thoroughly believable and grounded. At the same time, the book retains its authenticity by hewing to real-world concerns.

There are clear references to class, gender, and queer politics throughout Read Only Memories #1, which Grace handles tactfully. He largely avoids overt comments, instead showing how the political and economic climate nonetheless shapes the world around the characters. The result is an impactful and ultimately much more satisfying touch to navigate these dynamics. At the book’s center, though, is a genuinely interesting story. While narratives about detectives on the fringes are dime-a-dozen, this one stands out from the pack.

Overall, the writing is sharp, well-scripted and focused throughout. With each page, you find yourself drawn further into this world, its characters, and the story unfolding. 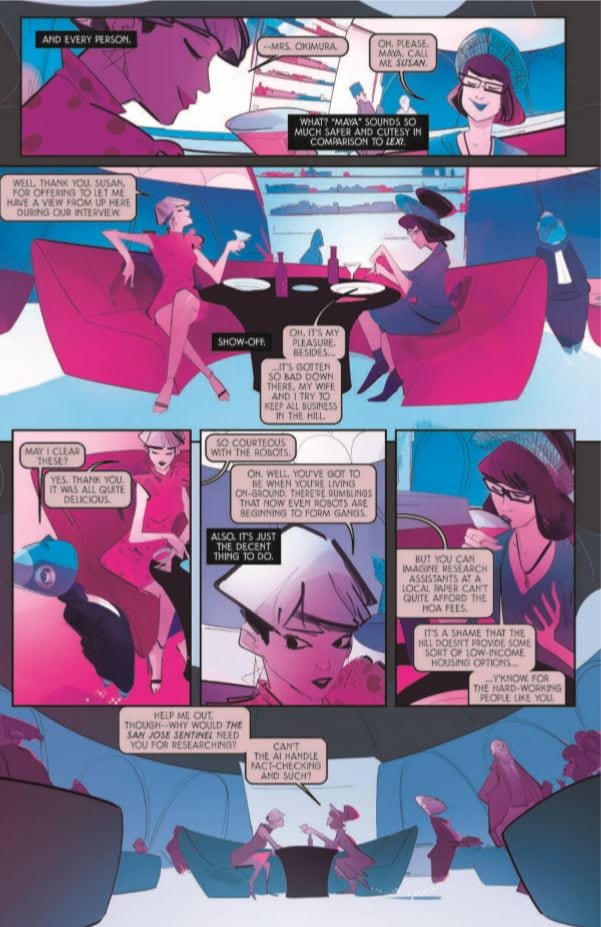 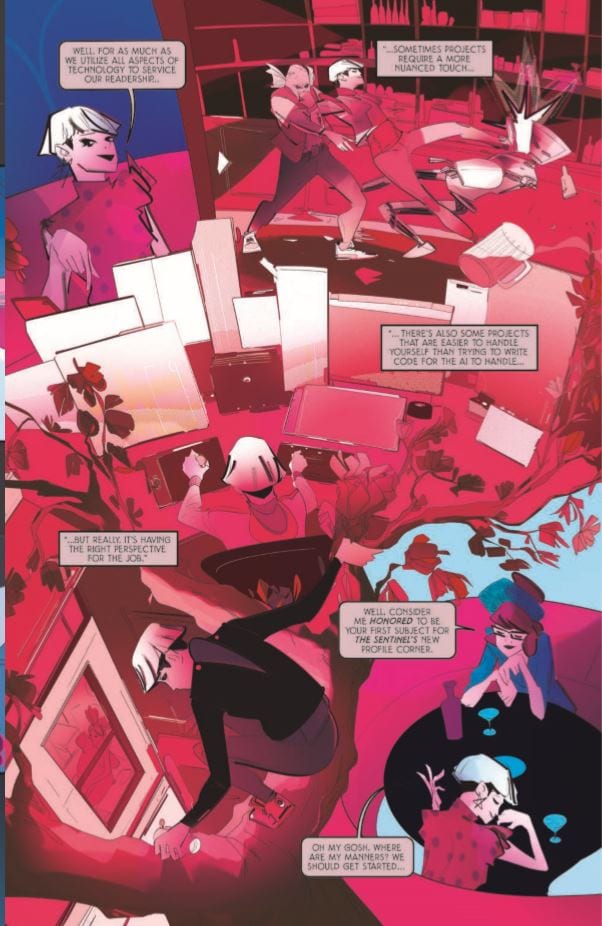 Read Only Memories #1 is a gorgeously-stylized book. Each page drips with a neon, eighties-inspired aesthetic. At the same time, it avoids feeling like another tired throwback; artist Stefano Simeone’s crisp artwork and soft lines give the book a very contemporary vibe.

The style is reminiscent of the artwork of Patrick Nagel in some regards, but it still feels very its own thing. The softer lines are somewhat sketchy, but it fits the tone of the book, retaining a very clean presentation. Details in the background are used selectively, giving the reader an impression of the world without providing a great deal of laborious or overwhelming scenery. The result is that the focus remains on the characters and the mystery unfolding in Read Only Memories #1.

For color, the artist bathes every page in a palette of blues and pinks. While reds and other colors sneak in here and there, those two tones dominate the color scheme. It melds perfectly with the inks, creating a singular, cohesive presentation. 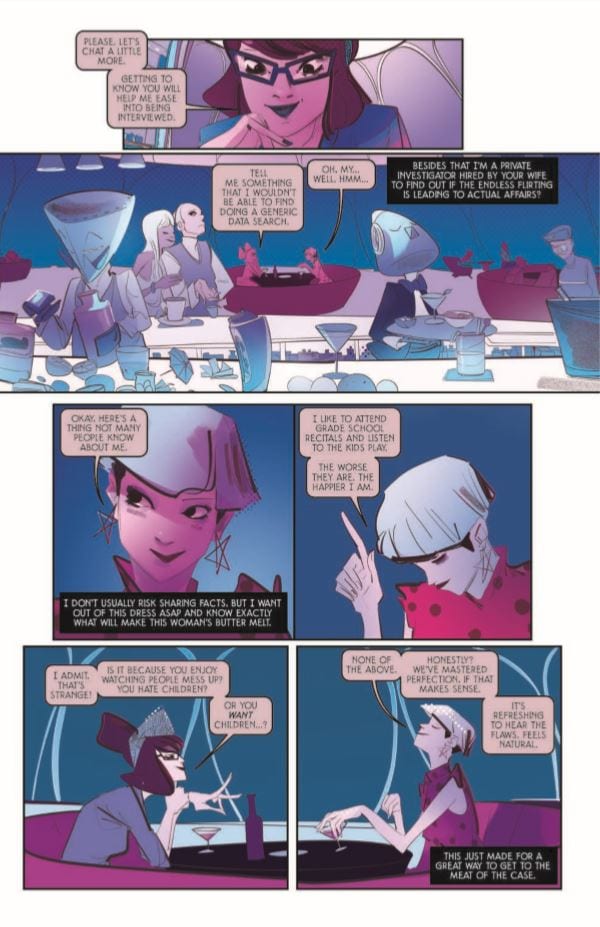 By the end of Read Only Memories #1, you find yourself hooked into the story and its fascinating futurist vision. This is one of the most intriguing new comics on the stands, and it comes highly recommended.