To achieve victory, you often have to make a sacrifice. It’s a much harder call to make, though, when peoples’ lives and livelihoods are on the line, which is the theme of the core narrative in Red Sonja #5.

The Hyrkanians are still on the run from Dragan’s advance.  Sonja orders a scorched earth approach in response, hoping to turn the tides against him. The plot thickens, though, when one of Sonja’s closest allies and confidants is drawn into a trap.

Early in the issue, we see another flashback to Sonja’s earlier days as a student under Domo of Khitai. Domo imparts a utilitarian lesson on Sonja: you can’t always save everyone. “To defend everything is to defend nothing,” he says. Sonja applies this lesson as a calculated strategy against her enemy.

Mark Russell’s writing on the series thus far has been marked by a deft balance of humor and drama. That balance of elements has been one of the series’ strongest assets. Red Sonja #5, though, largely eschews the former to emphasize the human toll of the story. Downplaying the humor here in favor raising the stakes for the Hyrkanians, as well as for Sonja herself, adds pathos to the storytelling and enriches the narrative.

The story has additional dimension to it as well. Sonja doesn’t order a scorched earth retreat lightly. Instead, she orders her men to round up as many of the stragglers of Hyrkania who refused to flee and rescue them from Dragan’s army…by force, if necessary.

That said, Sonja doesn’t come across as an unreasonable tyrant. Her decisions in Red Sonja #5 feel guided, ultimately, by compassion and a desire to rescue her people. It’s a very difficult balance for a writer to strike but, to Russell’s credit, he manages the task well.

We also see solid development of supporting characters about whom we’d previously known relatively little. Their development enriches the plot and heightens the stakes of the narrative within the issue. 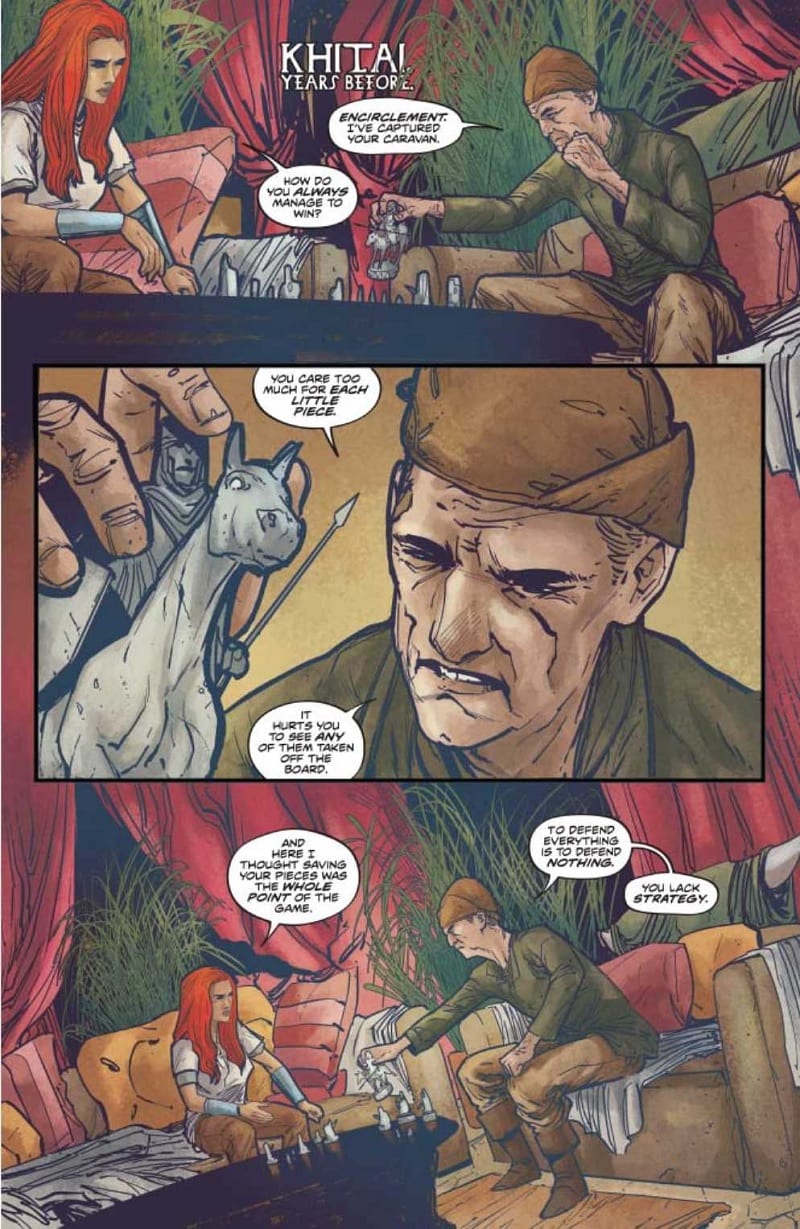 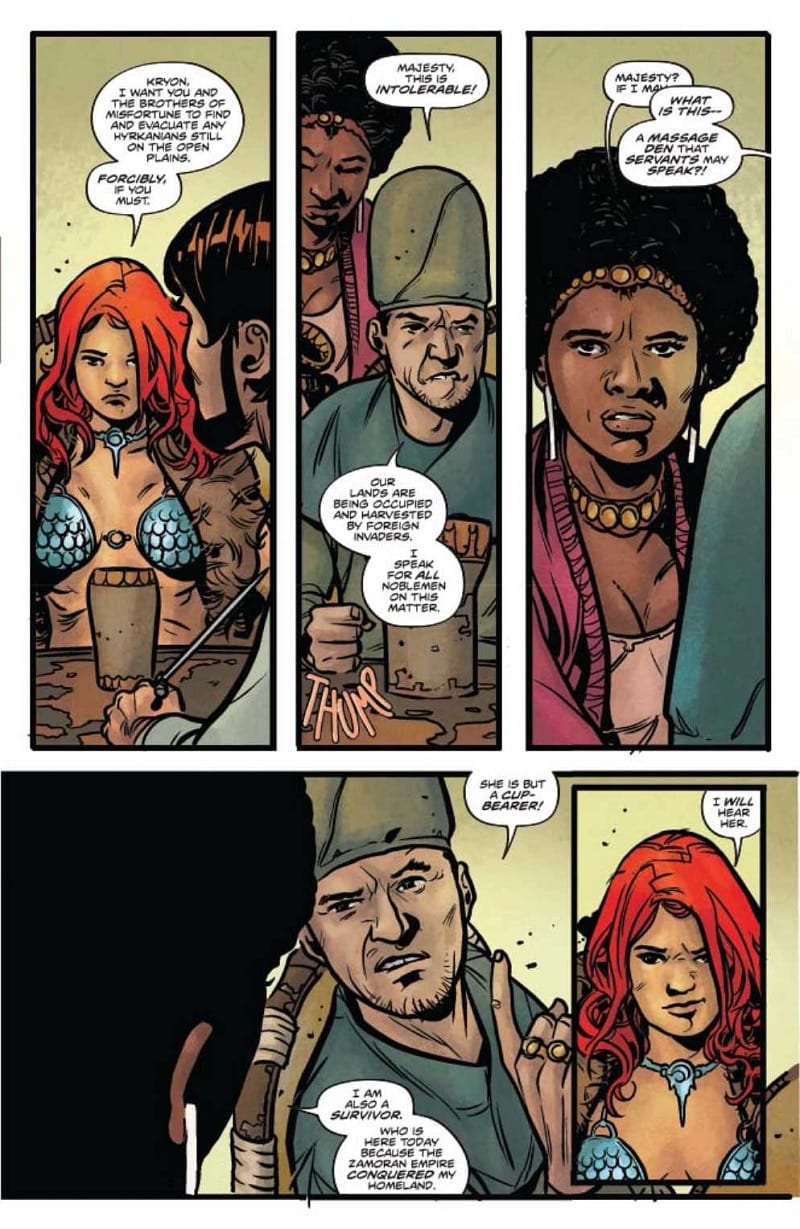 Mirko Colak’s illustrations in Red Sonja #5 are strong throughout. Panels flow well, drawing the eye smoothly from one image to the next and matching the story beats.

Much of the issue is dialogue-heavy. Thus, most of the panels are limited to tightly-cropped images of characters’ faces. However, he doesn’t pass up the opportunity to open up occasionally into impressive full-page illustrations when called for. Add to that the fact that the slower moments and occasional pops of rich art allow for the color work to shine. Readers can pick up on the more subtle tones employed, and appreciate the detail in the contrasts.

As the issue is so dialogue-centric, it highlights that Colak has a slight tendency to present characters with fairly uniform, unexpressive faces. Dialogue is mostly presented with either closed mouths, or a cynical sneer. That’s the only real gripe to be had, though. Overall, it’s a strong showing in the art department.

Red Sonja #5 is a turning point in the series. While it backs off from the humor that was a strong suit in previous issues, it more than makes up for it by advancing the narrative, heightening the stakes, and deepening our cast of characters. Highly recommended.

RED SONJA #5 backs off on the humor a bit, but more than makes up for it by enriching the story, heightening the stakes, and deepening our characters. This may well be the best issue yet in Russell's run with the character. Definitely worth picking up.Review: Raising the Stakes in RED SONJA #5