Review: PAPER CUTS is an Anthology of Eclectic Stories

Paper Cuts, a new anthology comic book currently on Kickstarter, is a strange book. You won’t find a common character, or genre, or theme within its pages. It features a collection of stories by talented writers and artists, most of whom are alumni of the Comics and Illustration program at Memphis College of Art. What you will find in the book are diverse, off-the-wall short stories and artistry styles that you won’t find in any conventional comic book store, but deservedly should be.

According to editor Shane McDermott and art director Elliot Boyette, the Paper Cuts team “compiled some 170 color pages of grade A comics into a collection worthy enough for your bookshelf. There’s 15 amazing artists telling just as many fantastic stories that will take you to everywhere from the dreams of a professional wrestler, to the wild west to the nonsensical post-apocalyptic future.

“While this project was sprouted from a few college friends at the Memphis College of Art, it’s grown to include many talented individuals from across the United States. Comics from creators both established in the industry and up-and-coming names ready to explode off the page.” 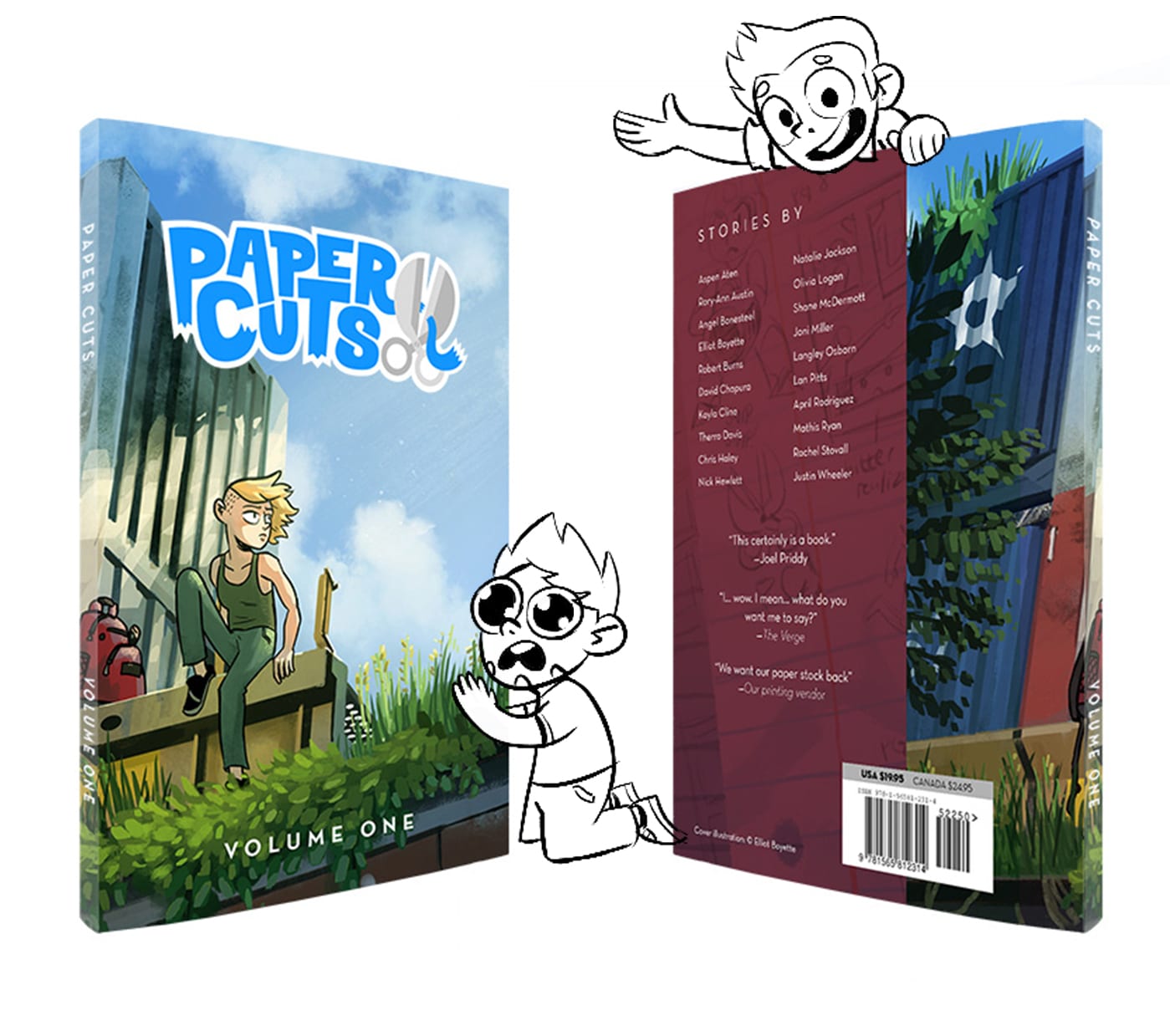 Each story found in Paper Cuts is wholly different than the next. You’ll find an absurd comedy about a superhero manager of a fast food restaurant, as well as a drama about a soothsayer maid in the Victorian era. While each story in Paper Cuts have their own unique qualities, there are a few standouts that should be mentioned.

The first is entitled Quiet by Aspen Aten, a poignant story about the depression that follows after a hard breakup, and the character’s ascension to finding herself and falling in love once again. Aten uses narrative captions to tell the majority of the story, which is meant to feel like the main character is writing a letter to her ex-girlfriend. It is a sweet and somber story which all can resonate with.

The next story worth noting is The Ghouls, The Bat, and The Ugly by Shane McDermott. It’s a gothic western filled with so much good worldbuilding in ten short pages, you just want to know everything about it by the time you read the final panel. McDermott planted the seeds for a spellbinding story set in an intriguing universe of zombie cowboys, seamonster barkeeps, and a wicked witch of the wild west. 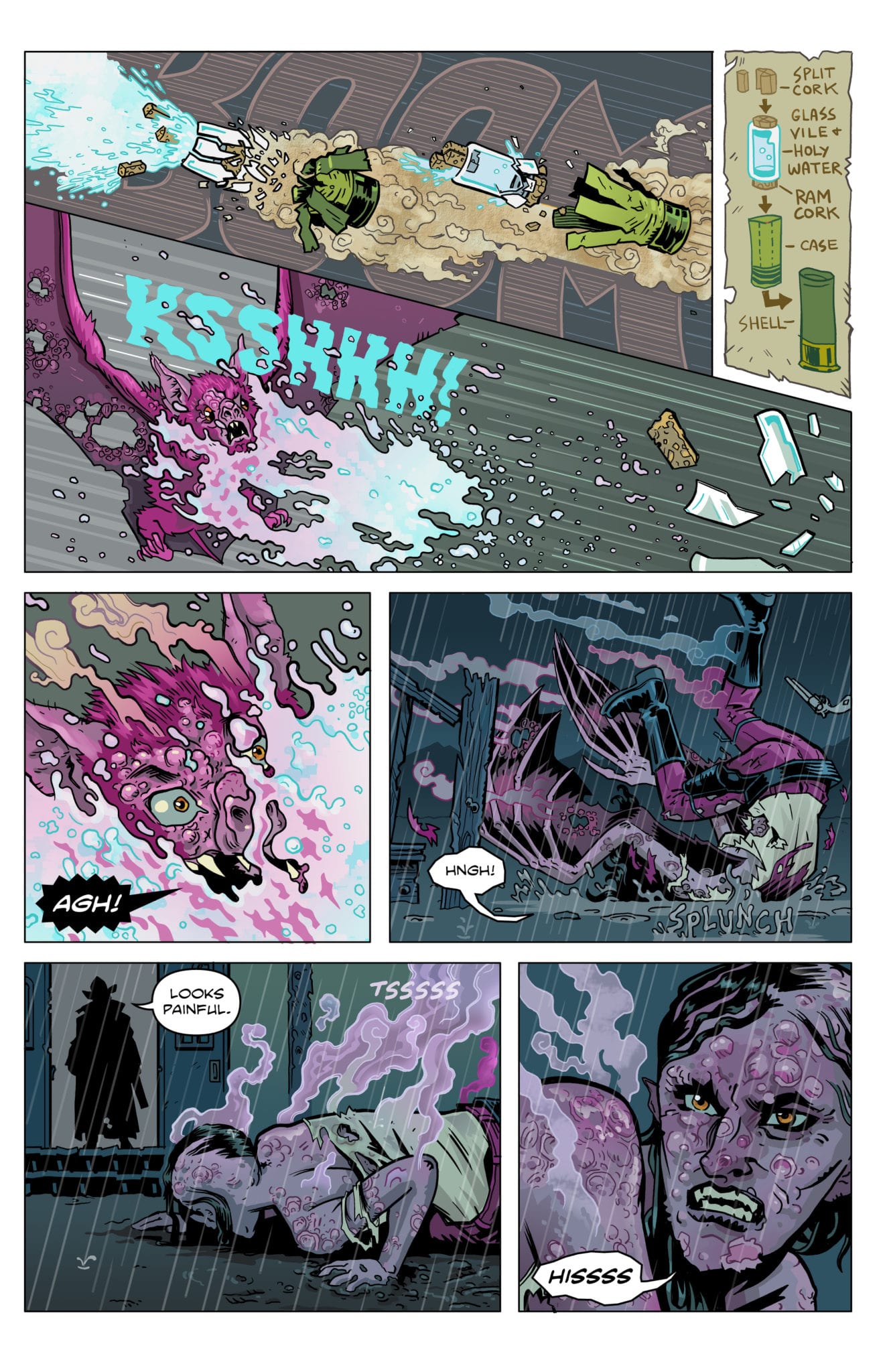 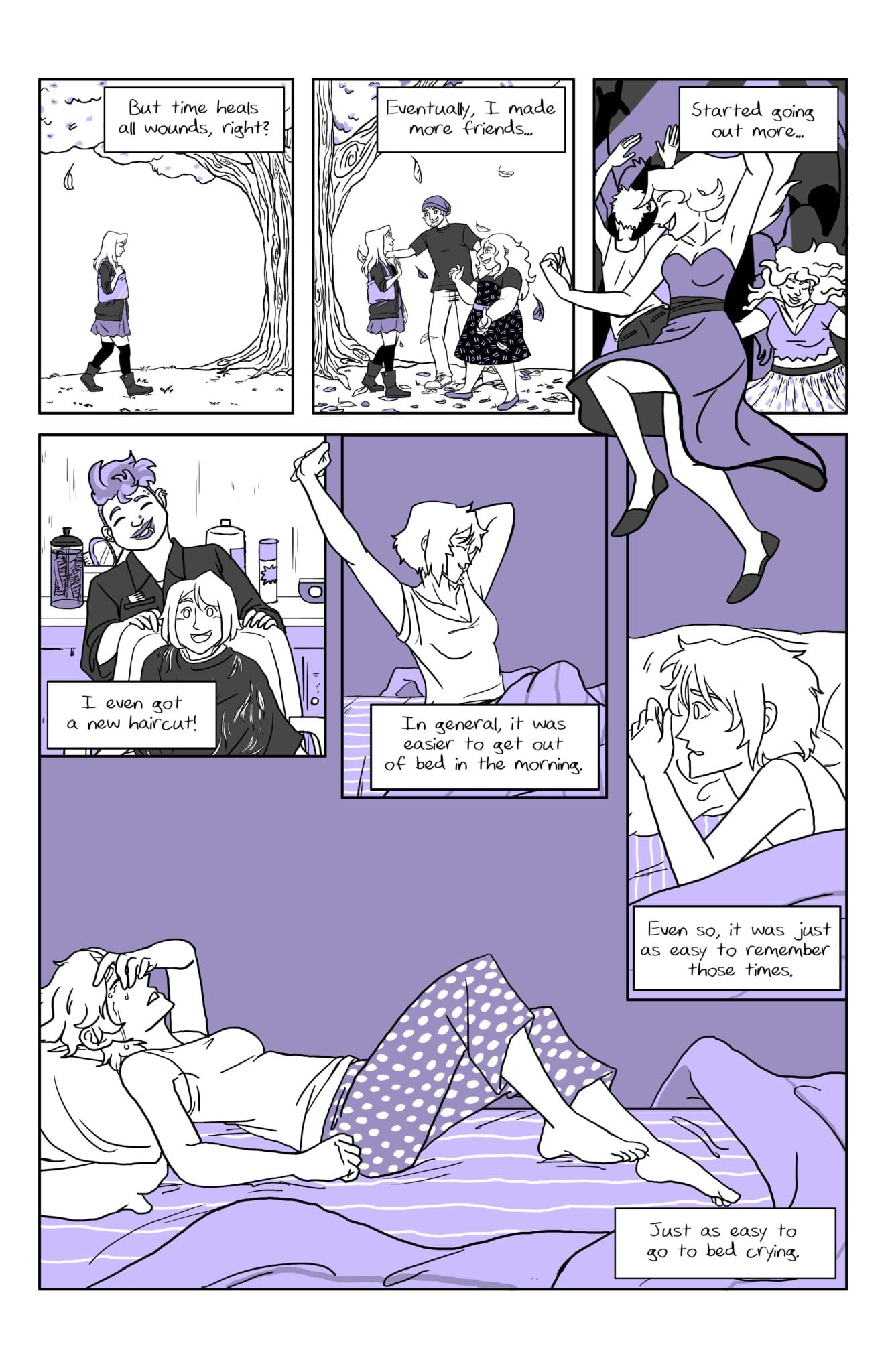 The artwork in Paper Cuts is no different than its writing. Each short has a unique style and texture that evokes distinct emotions.

Junk Food by Elliot Boyette is about a heroic survivor coming to the aid of an injured scavenger in  a bizarre, post-apocalyptic world filled with mutants. Boyette’s style is reminiscent of Steven Universe, with thick, curvy linework and big, enthusiastic eyes. The illustration style offers a nice balance to the absurdity that takes place in the story.

Fade by Robert Burns takes place in a junk-punk future, where a young woman is on the run from goons through a garbage-laden, overpopulated city. It’s erratic lines really helps evoke the chaotic and messy future being showcased. The minimal use of colors gives the story and setting this otherworldly atmosphere.

Paper Cuts, with its mixed bag of stories and artwork styles, is an offbeat book from storytellers with wholly unique perspectives on the world, and is well worth your time and support.

You can support Paper Cuts on its Kickstarter page, or learn more about the book and its creators on its website and Facebook page. 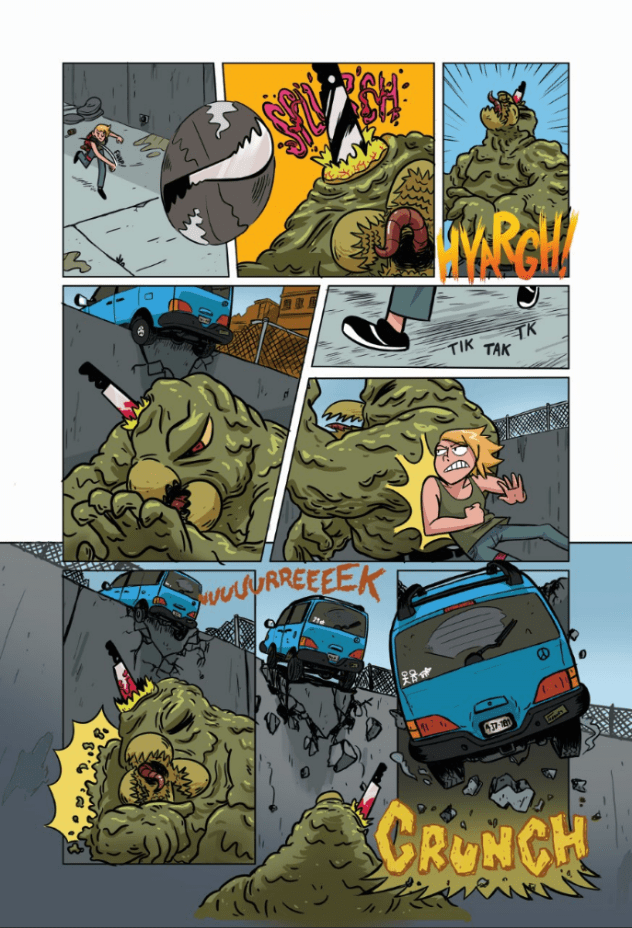 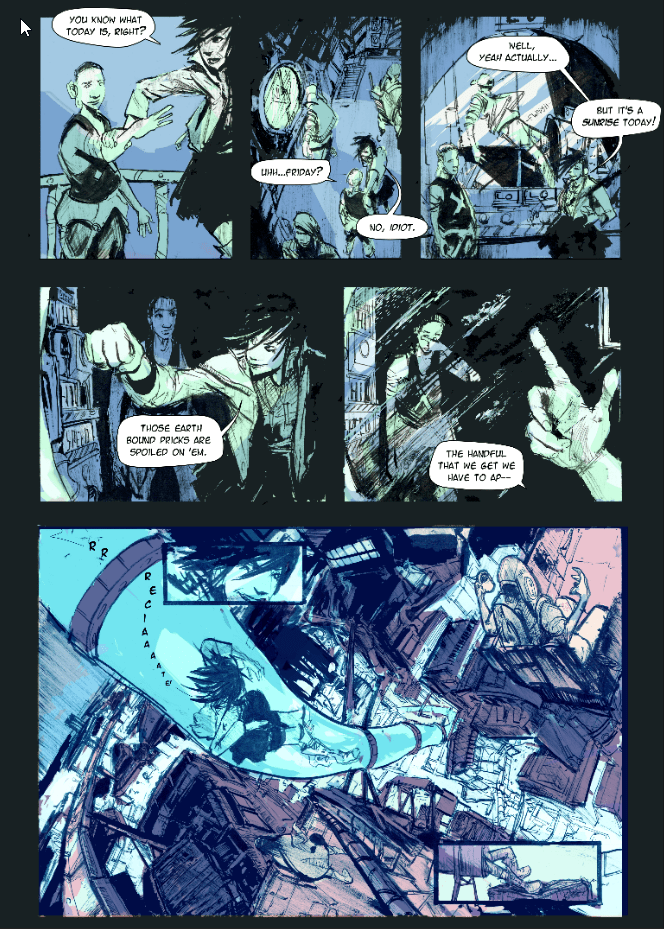 Paper Cuts, with its mixed bag of stories and artwork styles, is an offbeat book from storytellers with wholly unique perspectives on the world, and is well worth your time and support. Review: PAPER CUTS is an Anthology of Eclectic Stories