Review: OCTOBRIANA 1976 is the Neon Revolution Summer Comic We Need

“Octobriana 1976 is the world’s 1st blacklight comic book. It’s printed with fluorescent ink and will look like no other comic ever! Super bright colors. Octobriana is an outlaw Russian underground superhero from the 1960s. She was created to fight Soviet oppression and is the spirit of the October Revolution.” -Jim Rugg 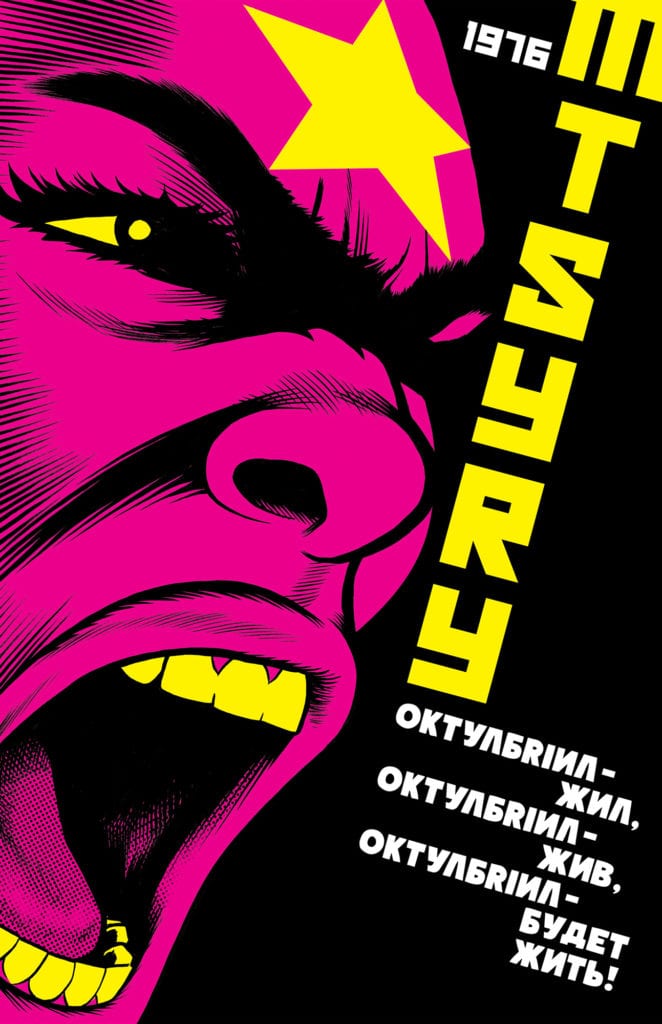 Back in June, when I had the chance to interview Octobriana 1976 creator Jim Rugg, he described as  “it will look like no other comic ever!”, and as it turns out that was not mere hyperbole. Octobriana 1976 is one of the most eye-popping comics I have ever seen. Rugg uses black light ink to make these pages pop in a way I have never experienced. It’s a color palette that feels even more revolutionary in today’s world of mostly flat coloring.

Color isn’t the only visual dynamic, as the layouts and line work are both as bold in execution as the coloring. There are thick lines that add weight and density. The page composition is striking, with a heavy protest poster and image vibe that is a perfect fit for the subject matter. 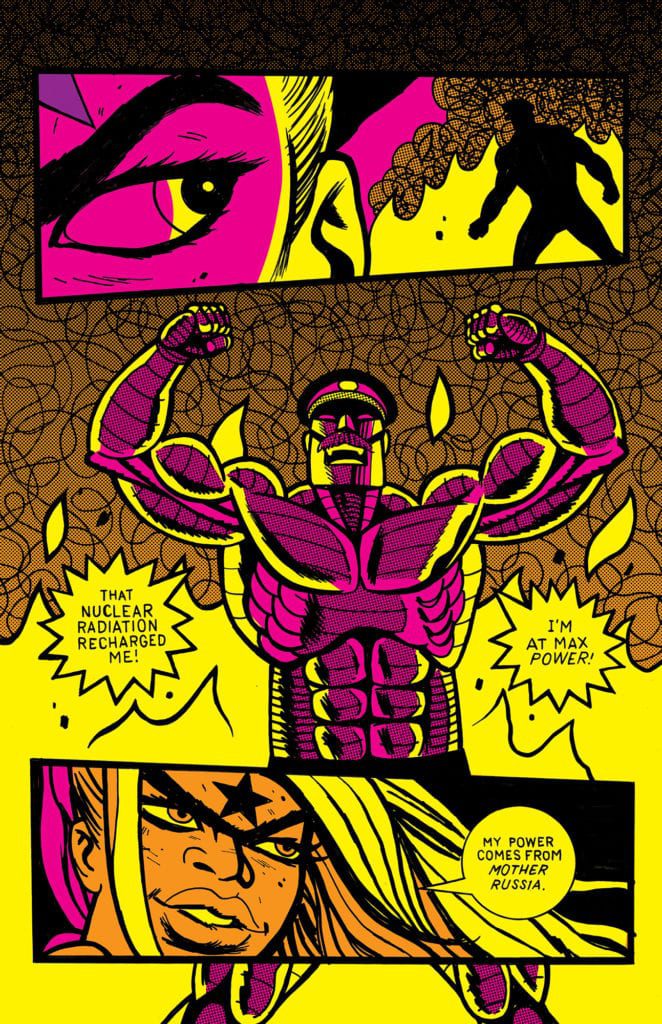 But what about the story? Well, that aspect is awesome too. I mean there’s a fucking Robot Joseph Stalin who lovingly looks like Colossus and he crushes someone’s head with his hand. And Octobriana rides a flying dinosaur. And both of those are early on in the book. The story is wild and kinetic like that and gets going right from the start.

Octobriana herself feels cool and mythological. She kicks all sorts of ass in this comic, wielding machines and driving tanks with equal style. And the last panel image of her is fucking perfect.

Grab Octobriana 1976 where ever you can. It’s one of the year’s best comic book experiences and the sort of color and passion this revolution summer needs. 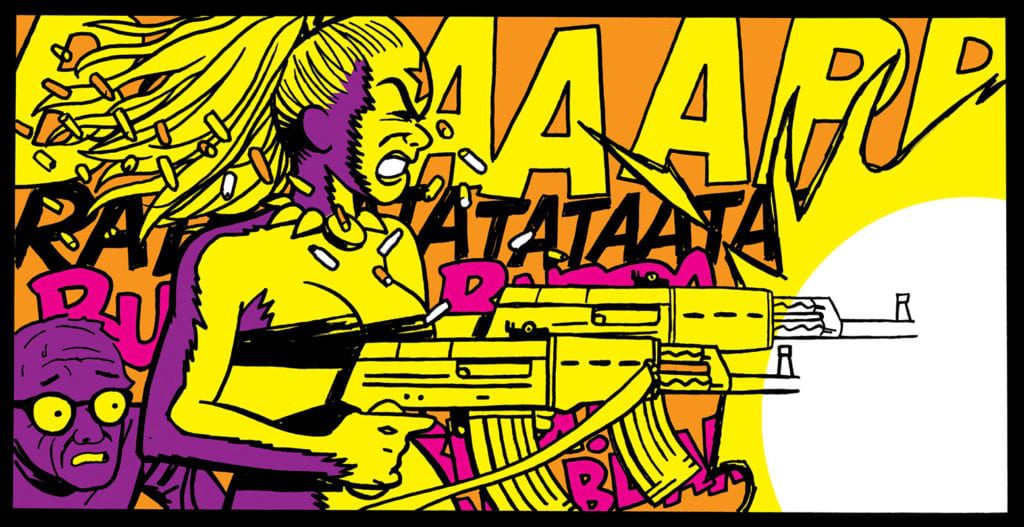 Search for a comic book shop near you here.

Grab Octobriana 1976 where ever you can. It's one of the year's best comic book experiences and the sort of color and passion this revolution summer needs.Review: OCTOBRIANA 1976 is the Neon Revolution Summer Comic We Need