Review: NOTTINGHAM #6 – Of Alliances and Betrayals

Nottingham #6 restarts a Mad Cave Studios title on April 6, 2022 that is now available at comic stores for pre-order.

In late 12th century England, the grizzled Crusades veteran Sheriff Blackthorne of Nottingham tries to help who he can. With the Merry Men stealing the people’s taxes, Blackthorne tries to find their leader Robin Hood. Who, despite his loyalty to King Richard, is more than willing to betray allies like Lady Marian.

David Hazan takes an interesting new direction in comparison to Nottingham’s last volume. With a cast of characters that could turn on each other at any point, readers are glued to the page. Political and ideological tensions are felt throughout the pages as everyone is scheming to get the upper hand. With Blackthorne and Robin working together, the readers can’t help but wonder who will come out on top. 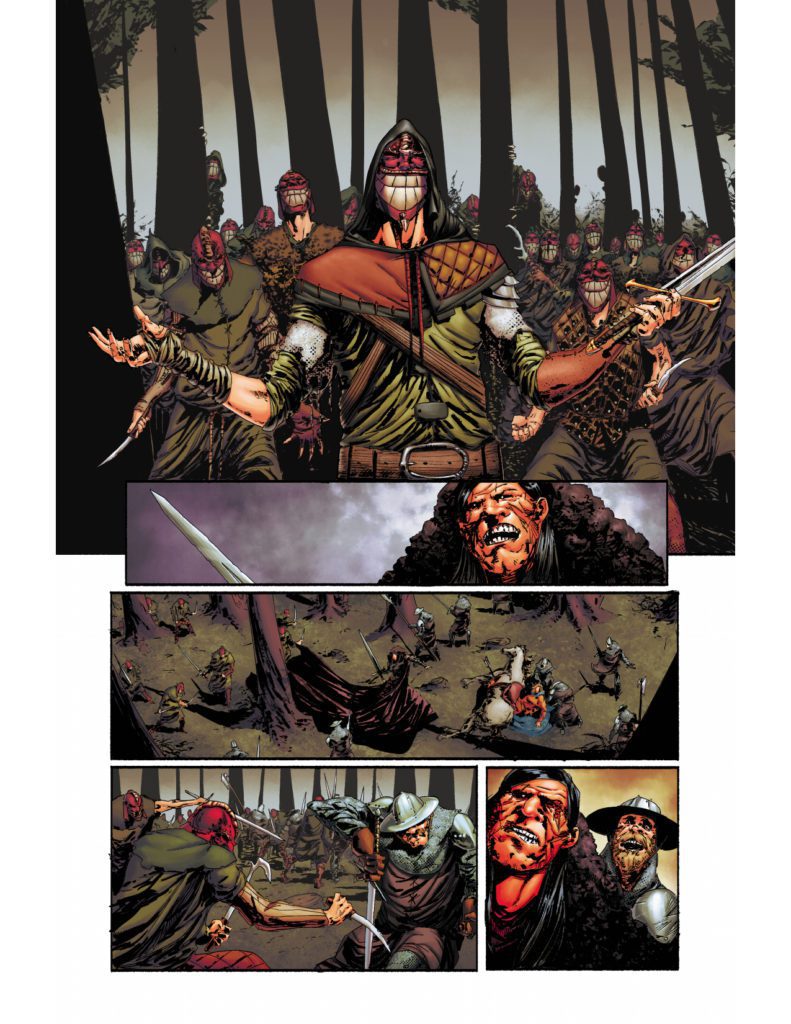 Shane Connery Volk continues a gritty aesthetic to match the dark atmosphere of Nottingham. The facial features and body language look especially grim from the angles in which characters present themselves. It’s like one person is always trying to assert their dominance. Luca Romano’s coloring really helps in these circumstances, especially with shading. The dark coloring of Blackthorne feels frightening but not dominating, in contrast to his haughty adversaries. 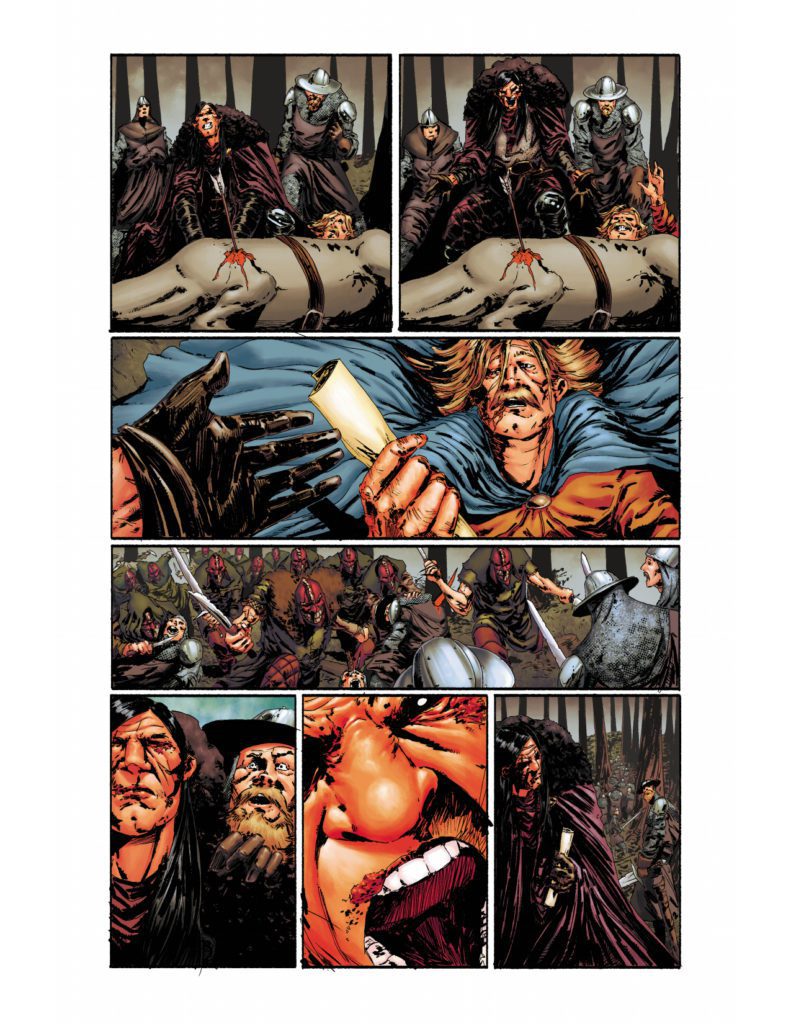 But for all of those advantages, there are are a few quirks that look odd. Take for example, Marian’s swaying hips in what’s supposed to be a serious announcement, or a panel’s background suddenly becoming black in a bright room. These can take readers out of the compelling story.

Justin Birch’s lettering meanwhile remains eye-catching by reflecting the moments’ moods. Some panels get so filled with word balloons, the words can feel heavy. Other times the SFX emphasize how small actions can make differences, like how a kick can knock a deadly assailant away.

Where Do You Side in Nottingham #6?

Nottingham #6 brings readers back into a compelling story about tenuous alliances. With different sides trying to dominate one another, it’ll be interesting to see who comes out on top. Nottingham #6 is out from Mad Cave Studios on April 6th.

Nottingham #6 offers an intriguing new direction for the casts as layers of alliances are tested.Review: NOTTINGHAM #6 - Of Alliances and Betrayals