My Little Pony/Transformers #2 arrives thanks to Ian Flynn, Sara Pitre-Durocher, Joana LaFuente, Jake M. Wood, Sam Maggs, Casey W. Coller, and Neil Uyetake. The crew makes sure to bring just as much comedy and entertainment from the previous issue. Though the concept sounds absurd, the second issue is just as much fun to read as the first.

It’s Spike and Grimlock’s time to shine as they take on the Constructicons! Meanwhile, Pinkie Pie is determined to share as much knowledge about Equestrian and Cybertronian cuisine as possible with her new friends… 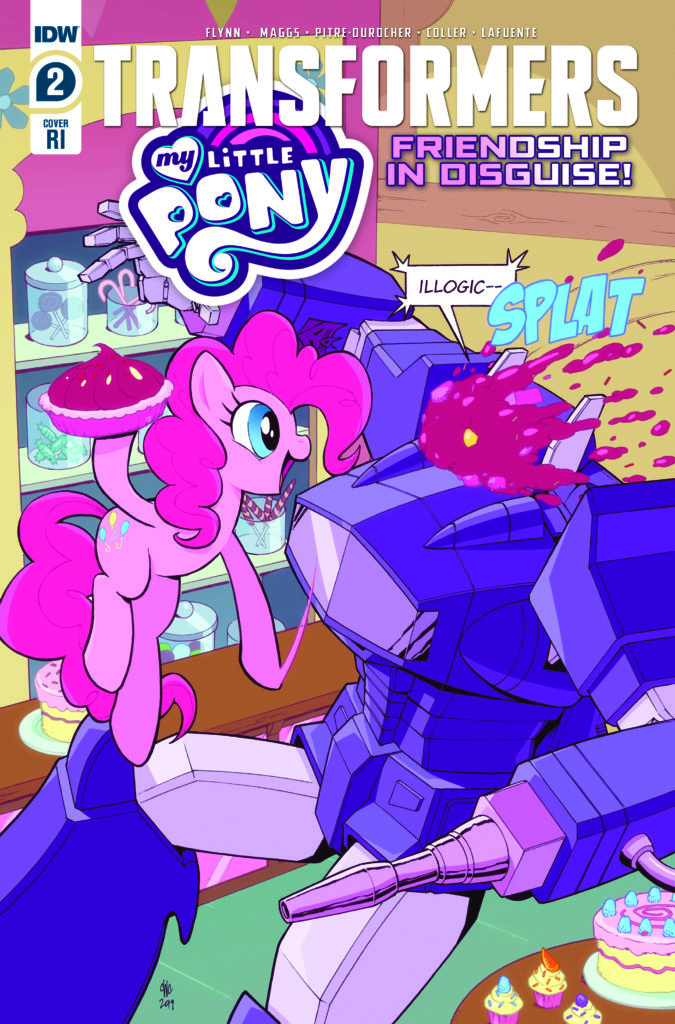 The issue continues the premise of the previous one, showcasing different pairings between the ponies and Autobots getting along and working to fight off Decepticons. The first story, “Inspiring” by Ian Flynn has Spike idolizing Grimlock. The comical timing of Grijmlock makes the issue alone worth picking up.

The second story, “They eat Ponies don’t They?” by Sam Maggs feels a bit off, which actually results in the story being a success. Pinkie Pie tries to bond with Gauge and the clash of cultures between Equestria and Cyberton is more than apparent. Afterward, the pair have to take down Shockwave, an activity they can both bet behind. If anything the story proves it isn’t always easy to understand and appreciate each other’s cultures but being can find common ground if they look for it. 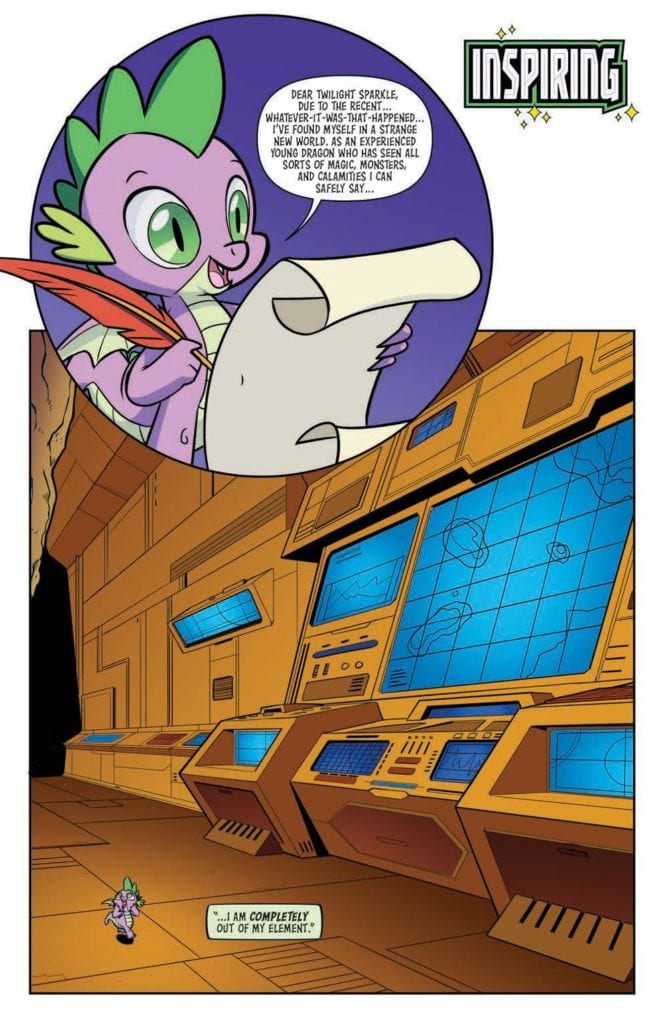 The artwork by Sara Pitre-Durocher and Casey W. Cooler both work to achieve a more comical tone in the issue. Pitre-Durocher’s work perfectly captures the look of the original Transformers cartoon. Cooler’s work meanwhile finds a way to properly present a more lighthearted version of Shockwave by having him use laser kitchen utensils as weapons.

Joana La Fuente provides the colorwork for both stories in the issue. The coloring is ideal for adding to the comical aspects of the issue. Again, Shockwave uses laser kitchen utensils to attack Pinkie Pie and Gauge. 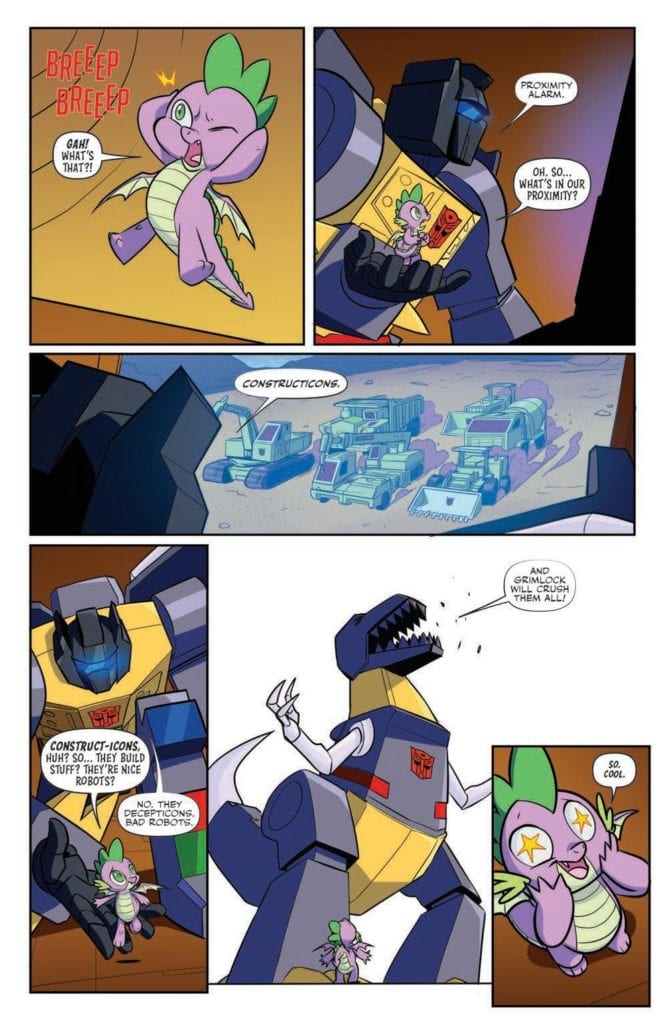 The letter by Jake M. Wood and Neil Uyetake help to add a proper auditory aspect to the issue. Wood’s work manages to blend the sound effects into the story to the point they are easy to miss. Uyetake’s work offers ideal word choices to help accentuate the action scenes.

My Little Pony/Transformers #2 keeps the quality high and is just as much fun as the previous issue. The series may seem more lighthearted then what most Transformers fans are used to but the entertainment of the stories is more than present. It’s a comic which keeps reminding us you just have to learn to have fun with your characters.