In ASCENDER #1 Mila met Bandit, the pet robot her father Andy lived with when he was a child. But with the outlaw on technology, she knows she’ll have to keep him hidden from the planet Sampson’s overlords as well as Andy. Will she be able to learn where this mysterious machine came from while also keeping his existence hidden from the all-powerful Mother’s watchful eyes?

ASCENDER #2 begins with an emotionally-charged scene that grips the reader immediately. Mila realizes Bandit is searching for someone on her planet, a person she learns too late is her father. But to her surprise, Andy exclaims, “–My dog, Mila…You found my dog!” 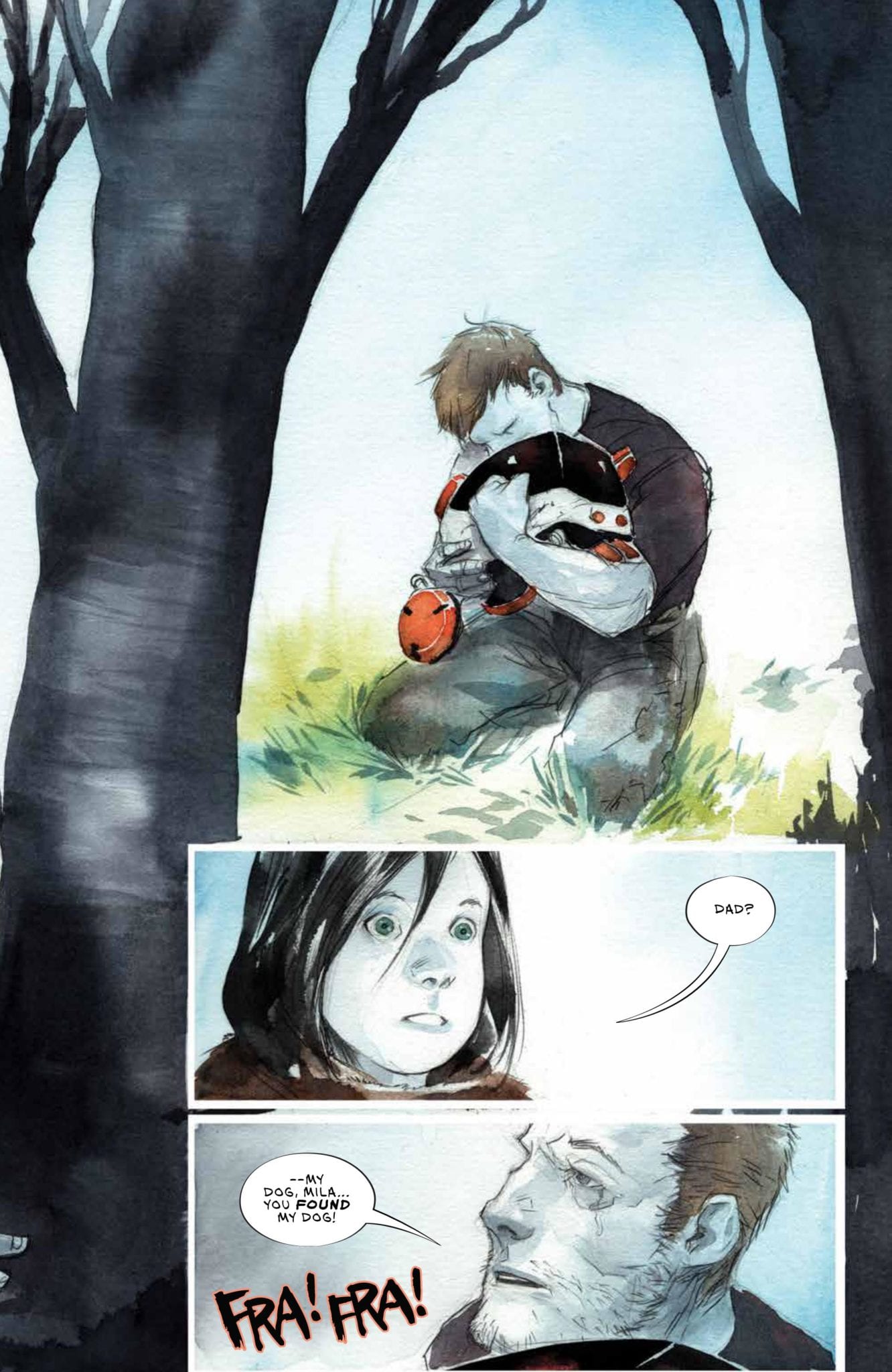 This beautiful scene shows readers the true heart behind this series. This isn’t a tale of heartless humans hungering for soulless technology; it’s a cry to embrace all that life gives us. And in this story, the vampiric overlord Mother is the force who will stop at nothing to squeeze the life out of all the universe’s technology.

To that end, Mother has enlisted help from the race of aliens who built the Scrappers from the Descender prequel series. She plans to use their resources to wipe out the rest of the galaxy’s technology, leaving one of her eyes behind in a gruesome creature to ensure the job gets done. 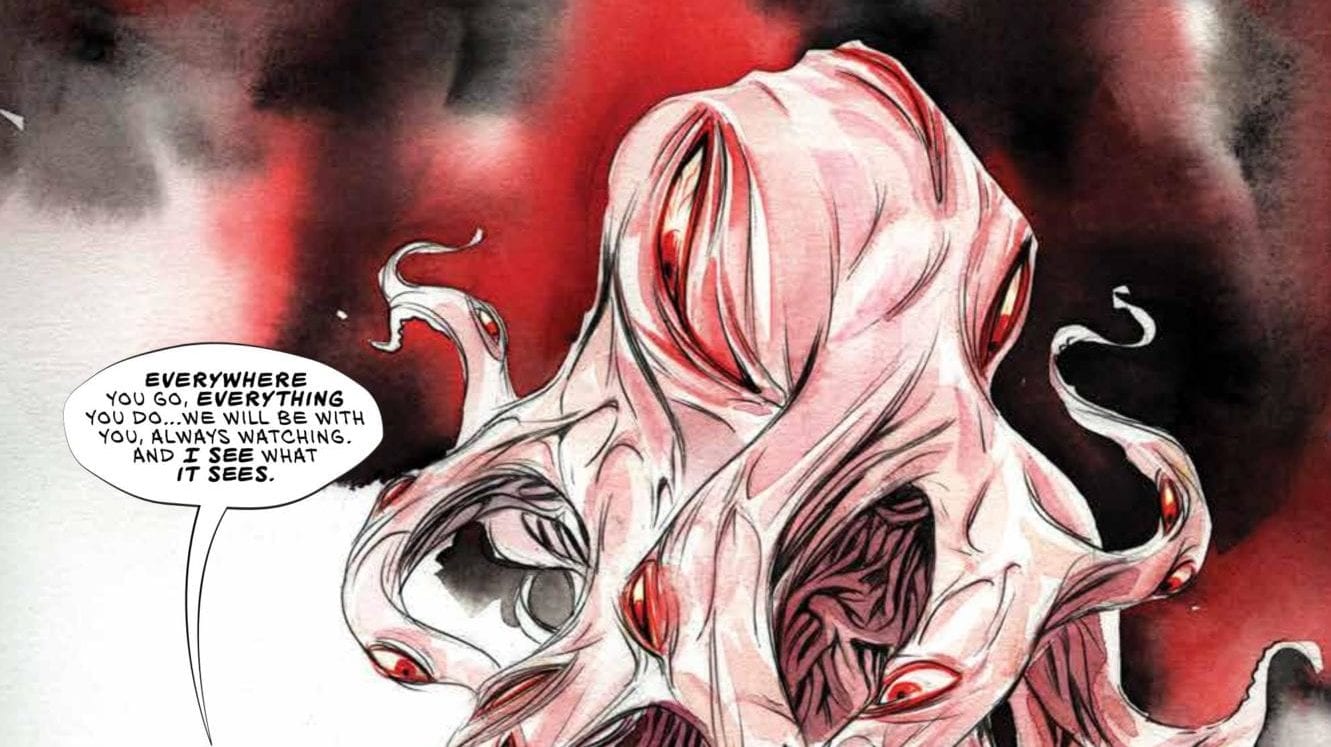 Dustin Nguyen’s artwork, both within the issue and for the cover, is beautifully fitted for this story. His penciling and coloring is smooth and clean, making it easy for readers to follow along with each illustration. But there’s also a sophisticated level of detail, such as his depiction of the weapons and Bandit; these show that there’s still plenty of technology in this universe despite appearances to the contrary.

Steve Wands’ lettering is particularly effective when showing Mila’s thoughts. Just as in issue #1, this font looks like a child’s handwriting to show just how innocent she is despite the horrific events happening around her.

This issue personalizes the goals and purpose we were introduced to back in #1. We easily find our allegiance to Mila, Andy, and Bandit, hoping their luck holds out against the vampiric forces of Mother.

Do you think the protagonists have any chance of escape from Sampson? Let us know in the comments below!

Lemire adds a sense of urgency to the story that gives life to its protagonists, helping them visualize their goals.Review: Mother Is Always Watching In ASCENDER #2