Review: MORBIUS #1 Helps A Neglected Hero Rise From The Tomb

Marvel’s forgotten vampire of the 90s, Morbius has returned thanks to a story by Vita Alaya and art by Marcelo Ferreira, Robert Poggi, and Dono Sanchez-Almara. Does the new book help to put a spell on the reader or does it leave a bad taste in their mouth?

Morbius, the living vampire has been in search of a cure for his condition for years. He may be on the verge of finding it but it seems it will come at a price. 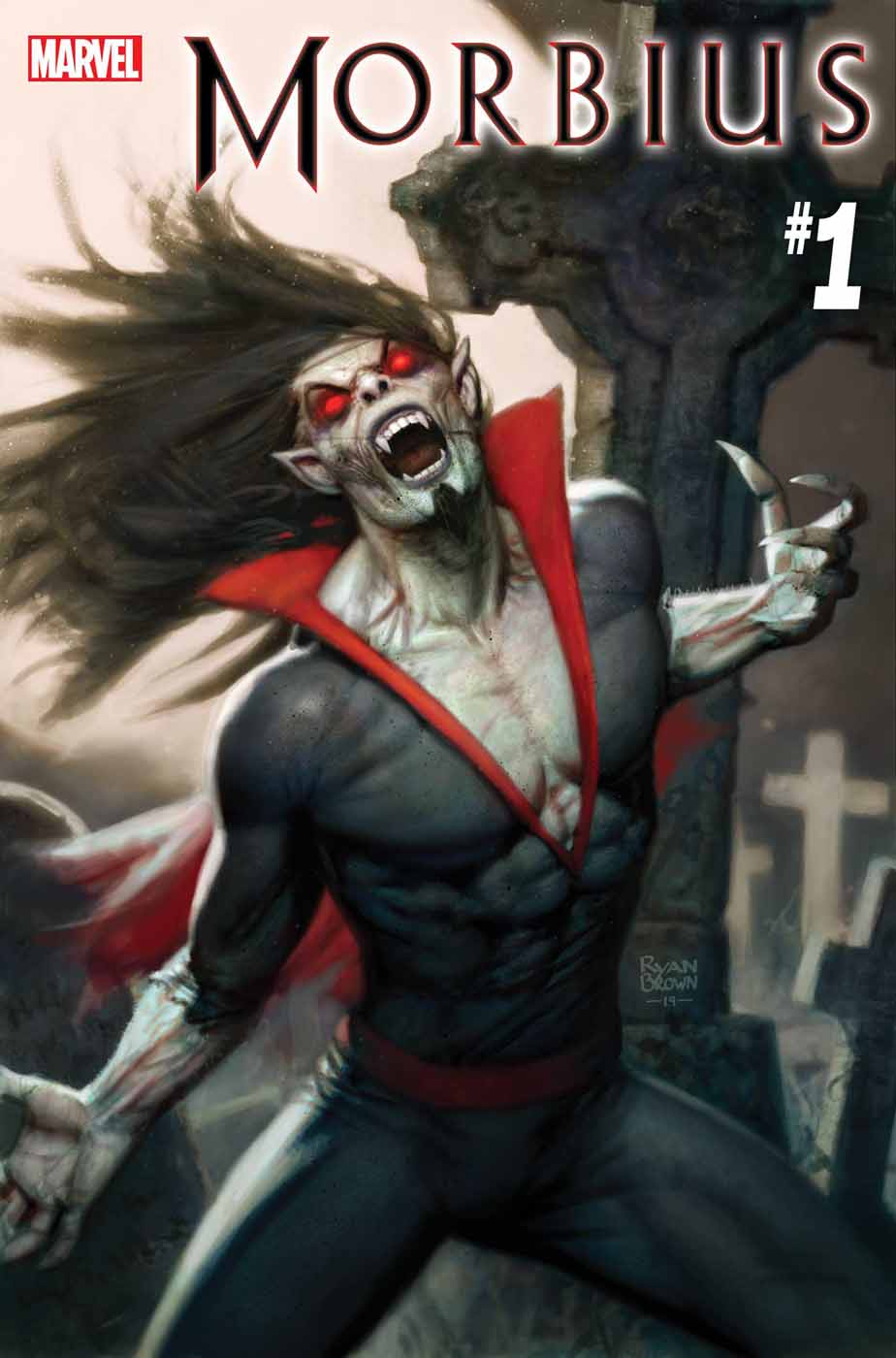 This issue offers a basic setup and succeeds in its initial goal of reintroducing Morbius to the audience. Considering how long it has been since the living vampire wasn’t simply a guest appearance in an issue or used as a plot device, proper introductions are definitely in order. By having the Melter be a punching bag for Morbius, the mindset and methods of character are showcased in a very clear manner.

The story by Vita Ayala not only helps everyone get up to speed on the character but also introduces a complication. The first arc in this new series will focus on Morbius’ attempt to find a cure but as the first issue is quick to point out, this is not going to be an easy process. The only thing really missing for the book is some support characters. Morbius is in need of a moral compass and someone to help bounce ideas off of for this book to succeed. Hopefully, the second issue will provide this missing element. 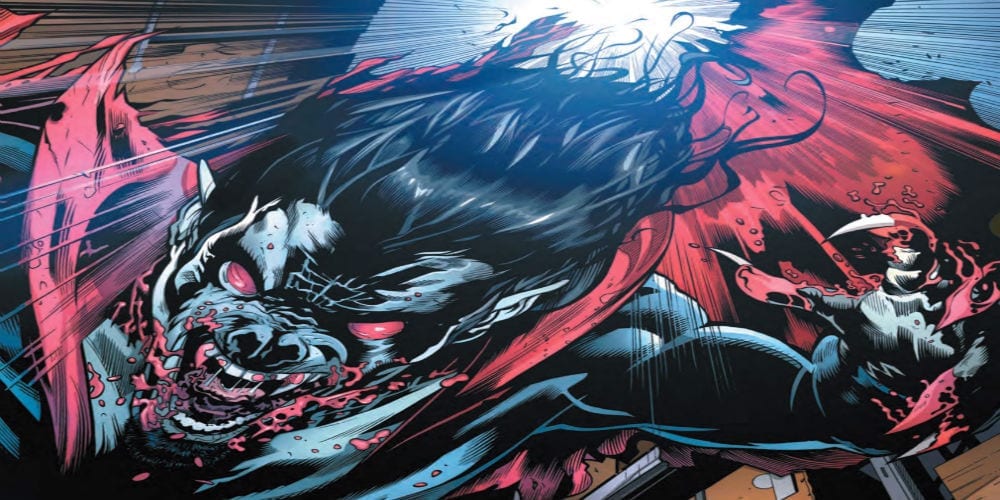 The artwork helps to cement this issue as one comic fans need to pick up. The pencil work by Marcelo Ferreira helps demonstrate just how terrifying Morbius is when he descends on criminals. The sheer look of terror on their faces is palatable and makes it clear even if you are working for a supervillain, you aren’t always prepared for everything.

Robert Pogai as Inker adds a sense of speed and power to the issue. The scenes of Morbius battling the Melter’s crew is made more intense thanks to proper inking. Fantastic use of speed lines and shadowing properly illustrate how savage Morbius’ abilities are. 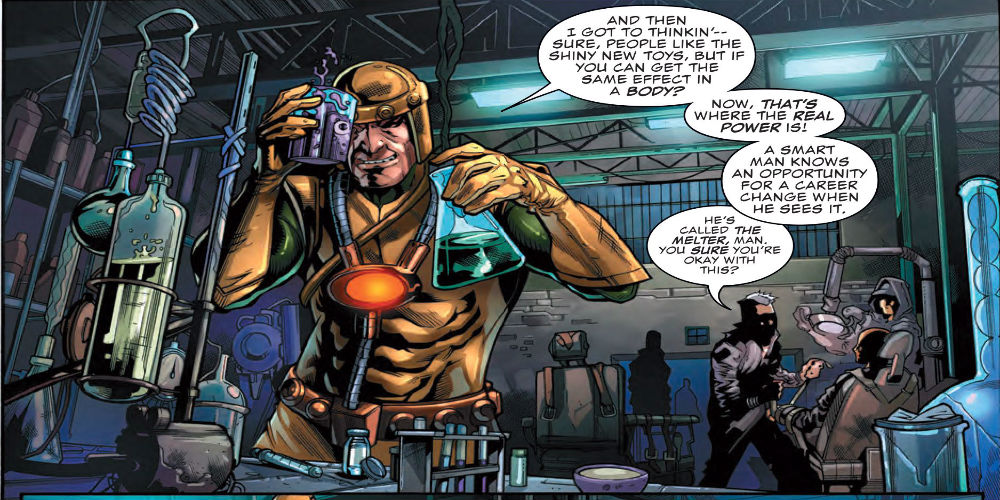 With any vampire comic, the appearance of blood is common. Through the skill of Dono Sanchez-Almara as a colorist, this detail makes sure to catch the eye and offers bone-chilling images of Morbius. The many scenes of him with his mouth covered with the blood of his enemies drives home the idea Morbius is not one to fight with kid gloves on.

The storytelling is aided through the use of VC’s Clayton Cowles lettering work. The roars and screeches Morbius unleashes as he brings his own brand of justice is made auditory thanks to proper lettering. It also assists in making the fear and frustration the characters display much more vivid. 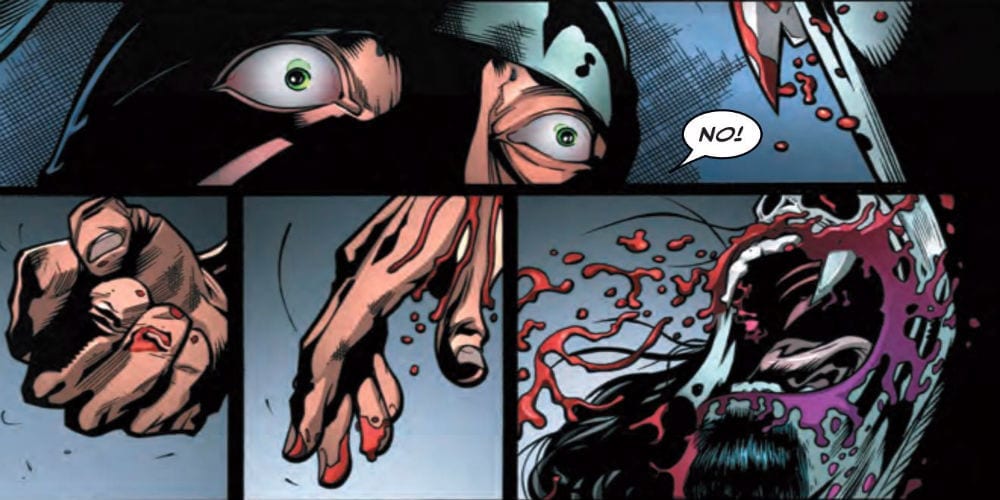 Morbius #1 accomplishes what it set out to do. It reintroduces the character by showcasing the suspense and carnage which needs to be included in a book like this. If the series is able to keep this level of intensity moving forward then the resurrection of Morbius will be one for the ages.