MIDDLEWEST #16, available in comic book stores on Wednesday, March 18th, is about to shake things up in the series. Beaten down and miserable, Abel, Bobbi, and their new friends have decided to plan an escape from Raider Farms. But on the eve of their escape, Abel has a cryptic dream of Fox attempting to rescue him. Could this be a sign of things to come? 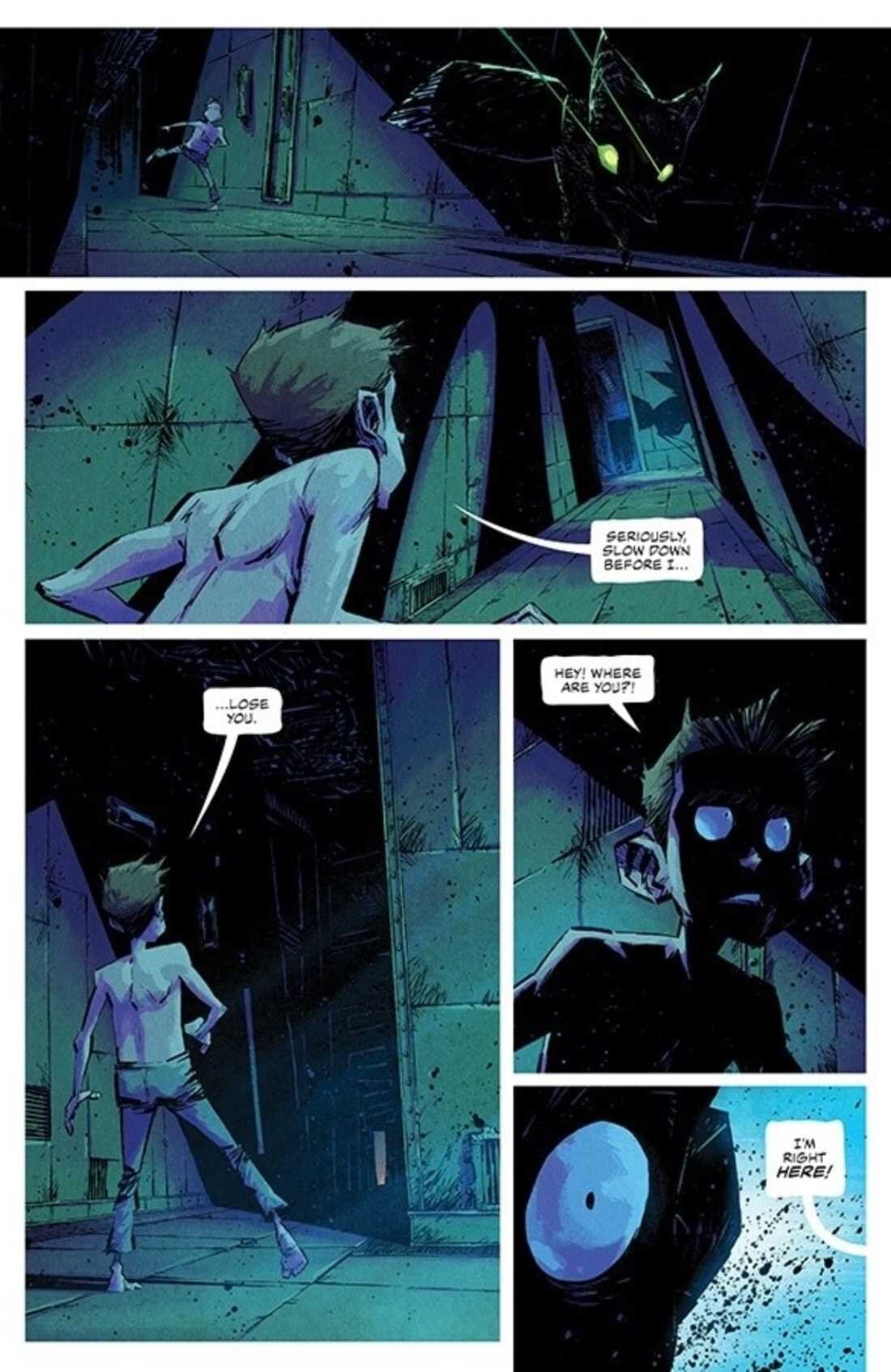 After weeks of planning and information gathering, Abel, Bobbi, and the rest of the crew are finally ready to set their escape in motion.

The thrill of a breakout surges through Abel as they navigate a complex set of sewers. The past few months have beaten him down and, simultaneously, stoked the rage locked within his chest. Channeling the energy into a liberation attempt was the perfect call to make.

However, as most people know, every high has a comedown. The group soon finds themselves thrown off course by an overflow of rainwater. And when they attempt to head back, the escapees find themselves face-to-face with none other than Raider himself-mad as hell.

Skottie Young’s narrative is a perfect blend hope and despair. We feel as if we’re in same shoes as the children as they found themselves so close to success, only to find their dreams crash around them.

Is this the end of Abel and the others’ chances of escape? Will Abel and Bobbi’s family of vagabonds eventually come to their rescue?

Jorge Corona’s penciling and ink work, Jean-Francois Beaulieu’s coloring, and Nate Piekos of Blambot’s lettering worked well together in this issue. Each panel has a sense of urgency, using loose lines, swirling sections of colors, and wavy lettering balloons. Readers will find it quite easy to feel Abel’s pressing need to escape the hell in which he’s trapped. 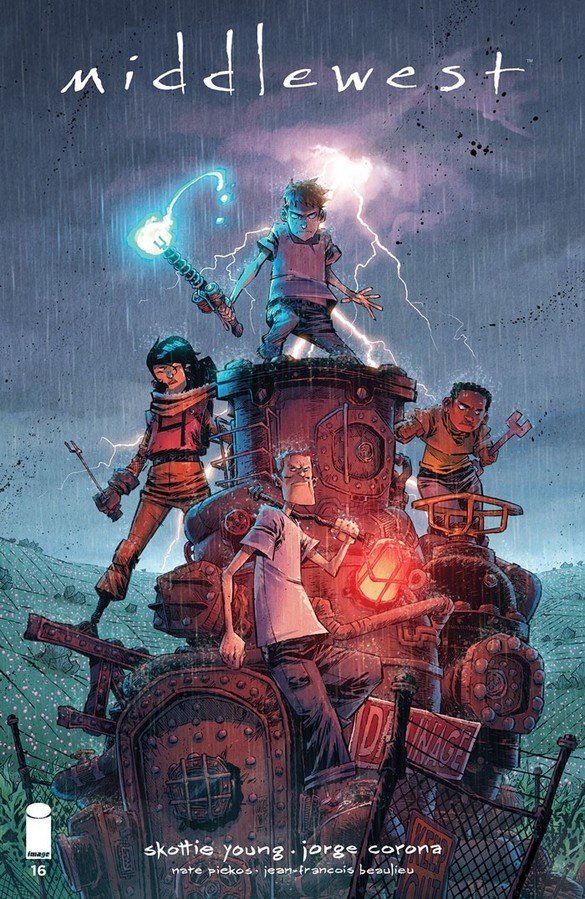 Corona’s cover artwork features our braves hero poised and ready to take on Raider. The determination on their faces in nothing short of inspiring.

MIDDLEWEST #16 shakes up the path of this narrative, gearing readers up for a confrontation for the history books. We’re anxiously awaiting the conclusion to the Raider Farms arc.

Do you think Abel and the others will ever escape Raider Farms? Let us know in the comments below!