Mega Man: Fully Charged #5, available now from Boom! Studios is a thrilling issue where the conflict between Mega Man and Namagem comes to fruition in a stunning way.

After the setup of the previous issue, Mega Man: Fully Charged #5 picks up at the beginning of Mega Man and Namagem’s confrontation. Both are stronger than they have ever been, and A.J. Marchisello keeps the dialogue engaging and relevant throughout the battle, so we aren’t presented with 23 pages of action. The dialogue reminds us of why they are fighting, what’s at stake, and how complex the two robotic brothers’ relationship is, making each moment a page-turner. Marchisello also ends the issue on a phenomenal cliffhanger that will leave readers desperate to get their hands on the series’ next and final issue. 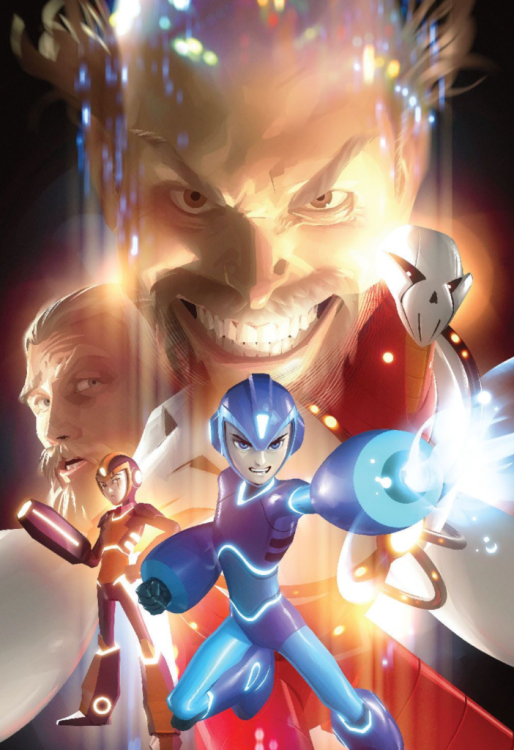 Stefano Simeone shines brightest when drawing action scenes, and Mega Man: Fully Charged #5 allows him to do that for nearly every page. It creates a visual spectacle that is sure to wow and amaze readers. The fight takes Mega Man and Namagem all over Silicon City, and the background of the many skyscrapers provides for some gorgeous panels. Not to mention the breathtaking perspective featured in some parts of the issue, which makes the fight incredibly memorable. Many of the characters overlap the panel borders, which brings the action to life and makes the comic book an experience to read. 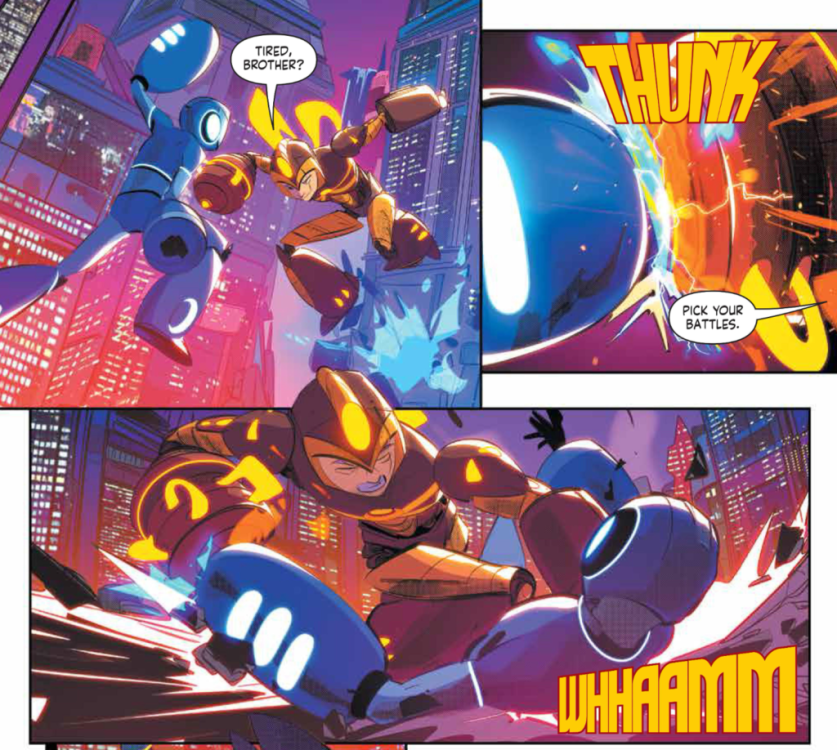 Mega Man: Fully Charged #5 was colored by Igor Monti and had color assistance from Sabrina Del Grosso. Throughout the series, Monti’s work has created some spectacular art that makes the series remembered fondly by fans for many years to come. This issue features some of his best work, with the always gorgeous Silicon City as the background setting and the lights of the two fighters illuminating each panel. The blue of Mega Man and the orange of Namagem are complementary colors, and Monti takes advantage of this in his panel compositions. For instance, the setting sun also provides blue and orange colors, and one panel has Mega Man highlighted against an orange tint, and Namagem highlighted against a blue tint. The result is both characters popping out on the page and an image that looks like it should be framed and hung in a museum. 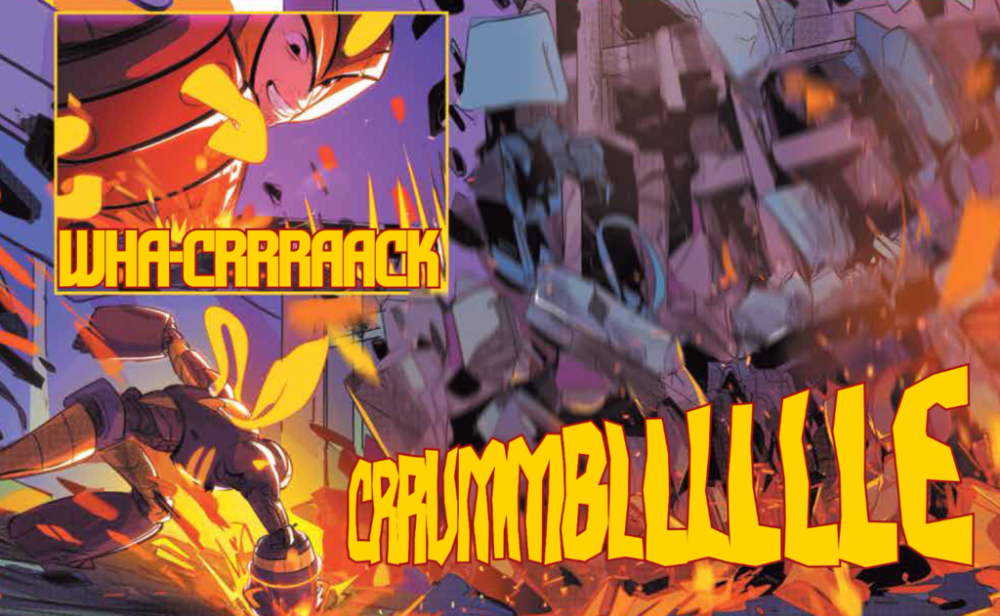 Ed Dukeshire complements Mega Man: Fully Charged #5 with his unique and stylized lettering. Not only do sound effects have a digital look to them, but the effects change slightly depending on the actions in a given panel. It is a great way to make the lettering feel a part of the world, and it ends up helping the reader become immersed in the intense conflict.

Mega Man: Fully Charged #5 is an issue you do not want to miss. The series is not one to be missed, for that matter. The blue bomber everyone loves is portrayed in a new way, and the series has been building up to what I am sure will be an astonishing final issue. With the wonderful work of Marchisello, Simeone, Monti, and Dukeshire in this issue, I’m not sure how anyone could look down on this series poorly.

A stunning issue full of amazing art, a gripping story, and lettering that immerses a reader into the book.Review: MEGA MAN: FULLY CHARGED #5 - An Unforgettable Face-Off