Mega Man: Fully Charged #2 out this week, published by BOOM! Studios, features fantastic art and reintroduces several characters from the cartoon or games to the comic book series. 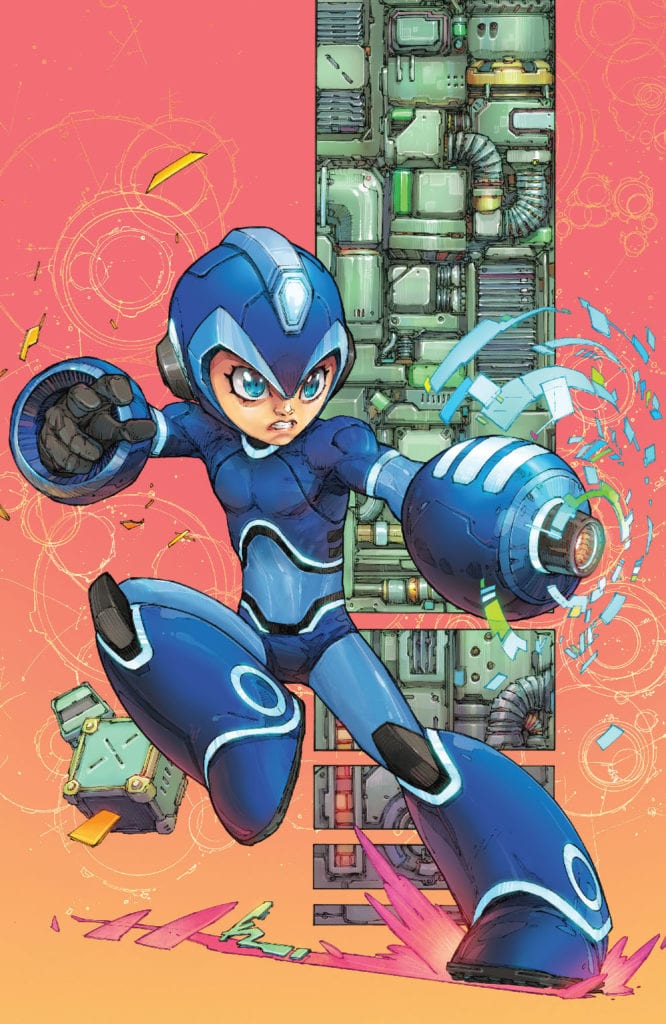 Mega Man: Fully Charged #2 was an incredibly fun read. The story seemed to serve more as a set-up to what will come later, but there is a moment of genuine action that is sure to entertain readers. Marcus Rinehart also used this issue to introduce more characters from the cartoon. Even a character who had never before made the transition from the classic series into the world of Mega Man: Fully Charged. Very early in the issue, we are reintroduced to Chaotique from the cartoon, a prankster bot who often rode the line between good and evil, and later we get to see Namagem getting involved with the plot. We saw Namagem in the previous issue, but now that he has begun to interact with elements of the story, many interesting circumstances are sure to arise. The character from the classic series that is introduced is, of course, Dr. Wily, who now has much more characterization than in the classic game series, where his only goal was to conquer the world. Seeing how they have reinterpreted the character to fit with the new world is very interesting, and his presence is sure to make fans curious about what Rinehart will do with him.

The most interesting aspect of Rinehart’s writing in Mega Man: Fully Charged #2 is how he sets up the internal conflict of Mega Man. It is straightforward: humans and robots are on the verge of war. Mega Man is a robot, but he was raised by a human and was taught to fight for the citizens of Silicon City — humans and robots alike. When he has to decide which side he falls on, which does he choose? Mega Man battles with this question throughout the comic book and Rinehart introduces new information that adds to the struggle. It is a gripping story element that leaves readers waiting in anticipation. 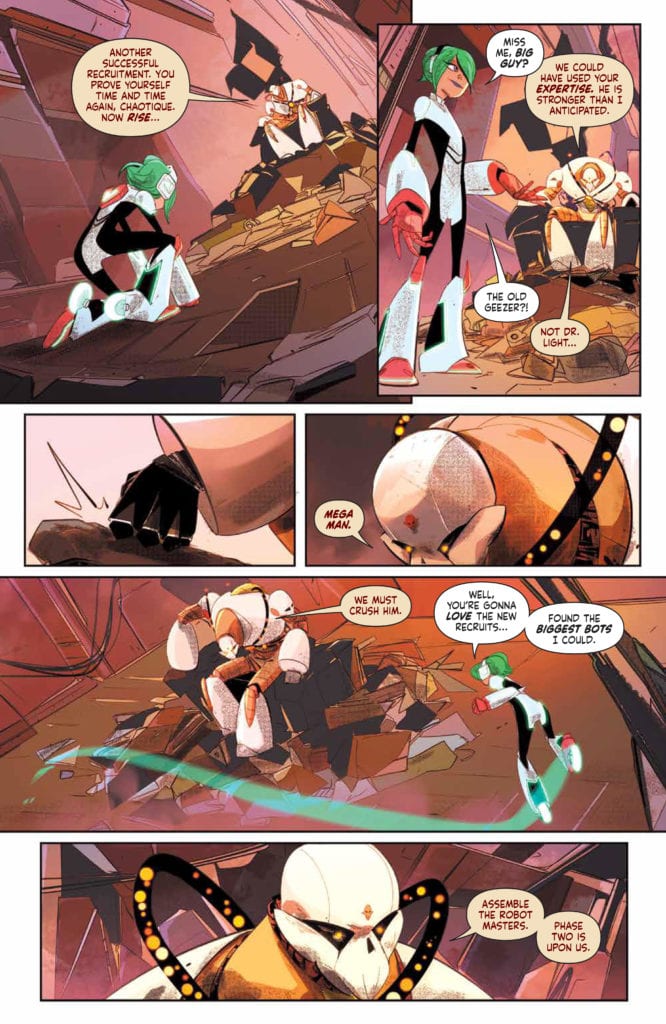 Stefano Simeone provides some fantastic art in Mega Man: Fully Charged #2, which brings the story to life. The characters have expressive faces, the action is always incredibly dynamic, and the backgrounds are filled with a shocking amount of detail. The minute details that Simeone puts into backgrounds shows how much care he puts into his art, and pays huge dividends by helping the settings feel incredibly real. The poses of characters in action scenes do a phenomenal job of capturing the high energy of the scenes and captivating the reader’s attention.

The coloring of Igor Monti in Mega Man: Fully Charged #2 once again knocks it out of the park. The initial settings of the issue didn’t provide many opportunities for Monti to shine, but once we are granted with an epic fight scene in front of the dazzling lights of Silicon City, it is a visual spectacle. There are so many beautiful purples and magentas, and even lens flares that provide a stunning effect. Monti also gives certain areas their own unique aesthetics, which gives each area a distinct feel and makes them easily distinguishable. Whenever a dream sequence is being shown, Monti lets you know. 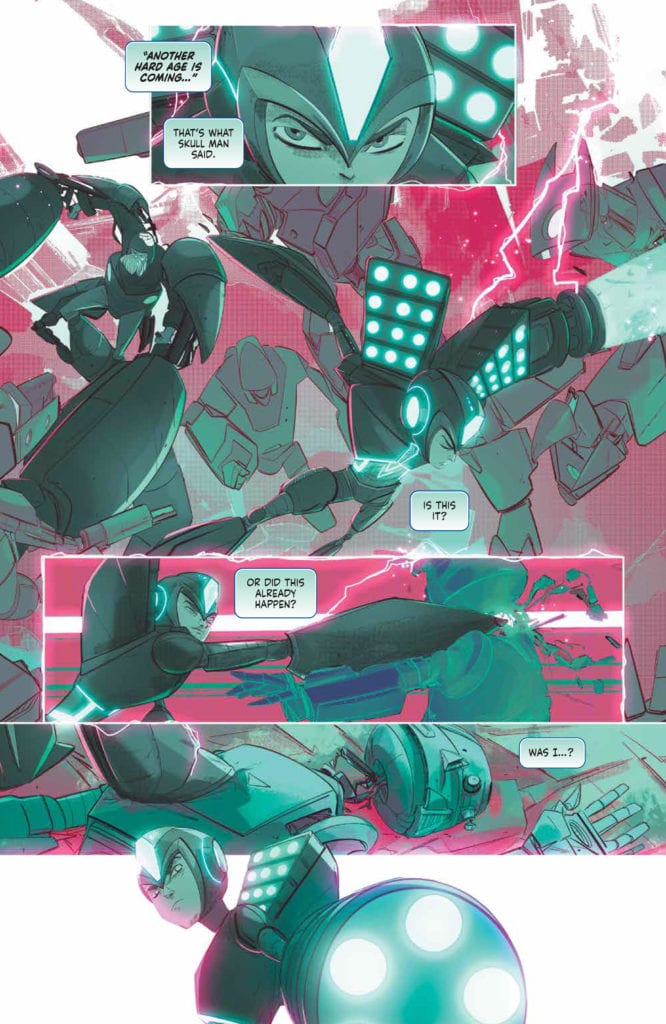 Ed Dukeshire provides some great lettering in Mega Man: Fully Charged #2. The bold, colorful sound effects go along well with the actions that occur on panel, and the use of repetitive sprawling texts that is cut off by the panel borders is an excellent way to make it seem like a sound is coming from all directions.

Mega Man: Fully Charged #2 is another wonderful issue that promises a lot for the new series. The art is fantastic, the writing keeps readers engaged, and the lettering pairs nicely with both. I have very few negative things to say about the issue, and I will continue following the series with glee.

Another outstanding issue with awe-inspiring art and a thrilling story.Review: MEGA MAN: FULLY CHARGED #2 - Bringing Dr. Wily to the world of FULLY CHARGED