Review: Meeting Your Heroes And Deal With Loss In OLYMPIA #1

The new miniseries from the creator of Wyrd and The Tomorrows, Curt Pires seems to be a personal story. What happens when your favorite superhero appears in front of you? If you are the main character, you have to learn to go with the flow.

Elon is a latchkey kid who spends his days alone reading comic books—until his favorite superhero, Olympian, comes crashing off the page and into reality! But as he nurses his wounded and delirious hero back to health, he discovers Olympian isn’t the only thing that came through… something evil followed him. 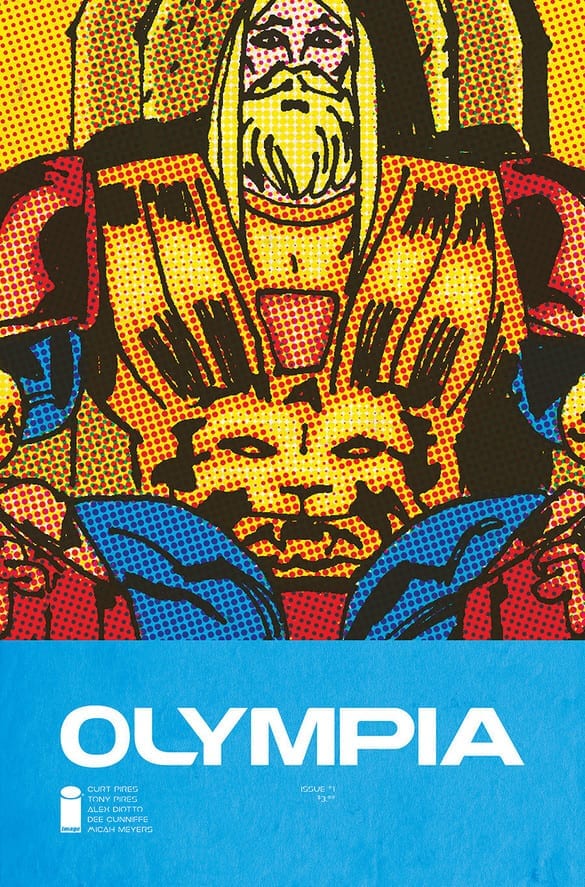 The concept for this story is familiar, but it seems like it is building to something more. The “Imaginary character comes to the real world” trope has resulted in some very entertaining media such as the film Enchanted. Here though, it feels more like the film Thor but without a period of powerless for others to doubt the character’s claim of greatness. Instead, Elon is 100% convinced from the start the mysterious person who appears before him is his favorite comic book character, but at the same time, doesn’t react to the discovery it very emotionally.

It feels like this lack of emotion on Elon’s part may be intentional. Writer Curt Pires commented this series came during and after the passing of his father. This emotional process could be reflected in Elon as he doesn’t seem to have great emotional reactions to events, and the locations of the character’s father are unknown. It would not come as a surprise if the entire book takes the trope mentioned earlier but has it happen when the character interacting with the refugee from another world isn’t at their personal best. How exactly do you deal with warriors from a parallel dimension with the death of a family member weighing on you? It is a fascinating concept to explore. 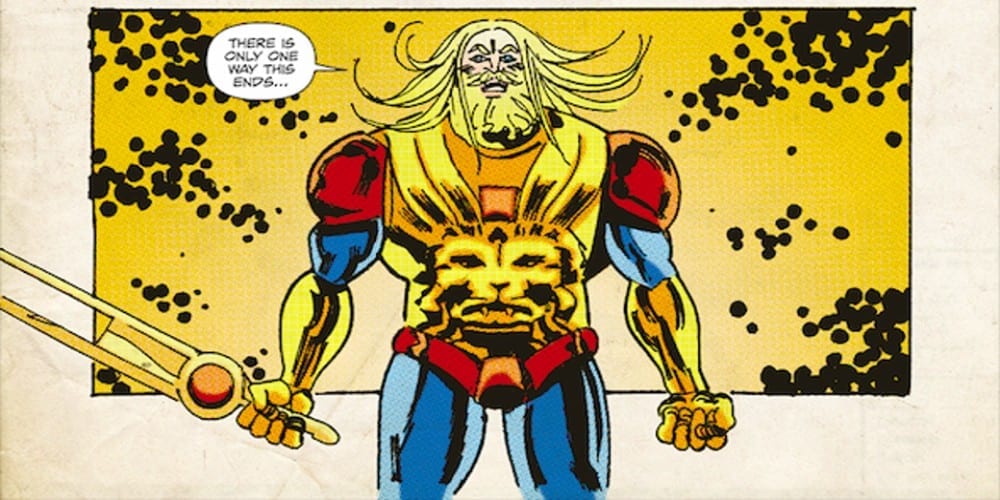 The artwork has a simplistic style, but this is not a criticism. Instead, the work by Alex Diotto and Jason Copland seems to scale the details down intentionally to focus on the body language of the characters to help tell the story. This adds a sense of loneliness and isolation to scenes to help draw in the reader.

The colorwork by Dee Cunniffe offers some great transitionary work. It showcases the moments which take place in the comic and those in the real world of the story. The use of color also aids in bringing in the more otherworldly powers Olympian displays. 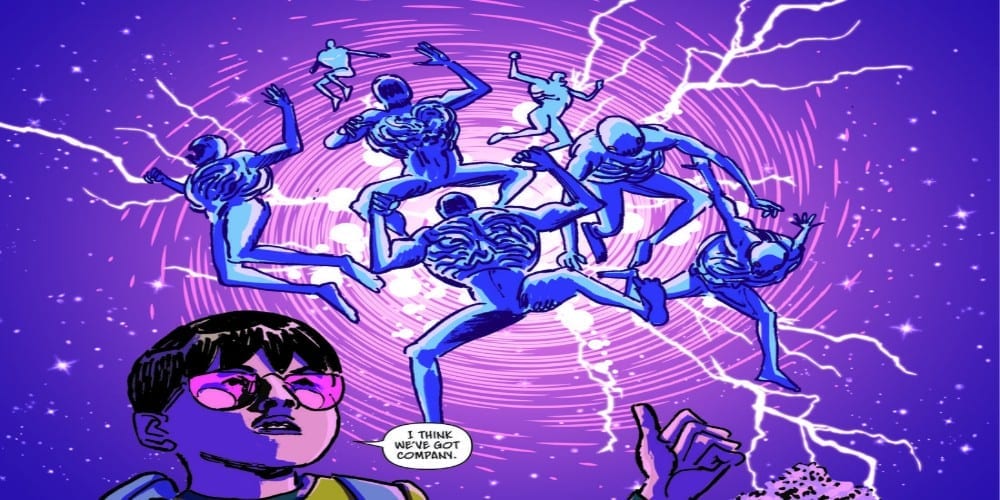 The lettering by Micha Meyers gives an insight into who Elon is as a character. Through careful use of font, the reader can notice Elon is an individual who doesn’t raise his voice often and adds more evidence to the idea the character is emotionally stunted to some degree. It’s a subtle aspect but one which is noticeable.

Taking a trope and adding a unique twist is always a great way to tell a story. If the rest of the series plays out just as well as Olympia #1, then this series will become a staple in graphic novel format. Books like Olympia, which help to address deep issues are always needed in the world today.

A fantastic book looking at meeting your hero when you aren’t at your best. Review: Meeting Your Heroes And Deal With Loss In OLYMPIA #1