Duggan begins this issue with a ceremony similar to the one seen in House/Powers of X, celebrating Kate’s resurrection and recognition by Storm, with Kate surrounded by the mutants she rescued and brought to Krakoa.

Later, as Kate and Emma horseback ride to a reunion party with friends like Nightcrawler, Iceman, Rachel Summers, and Magik, Kate telepathically reveals her plans of revenge against Shaw, who confronts her at the party. What follows is an excellent sequence by the entire creative team, as Shaw congratulates Kate on her resurrection with a bottle of whiskey, and while he seems to be attempting to intimidate her, Kate throws him off balance. 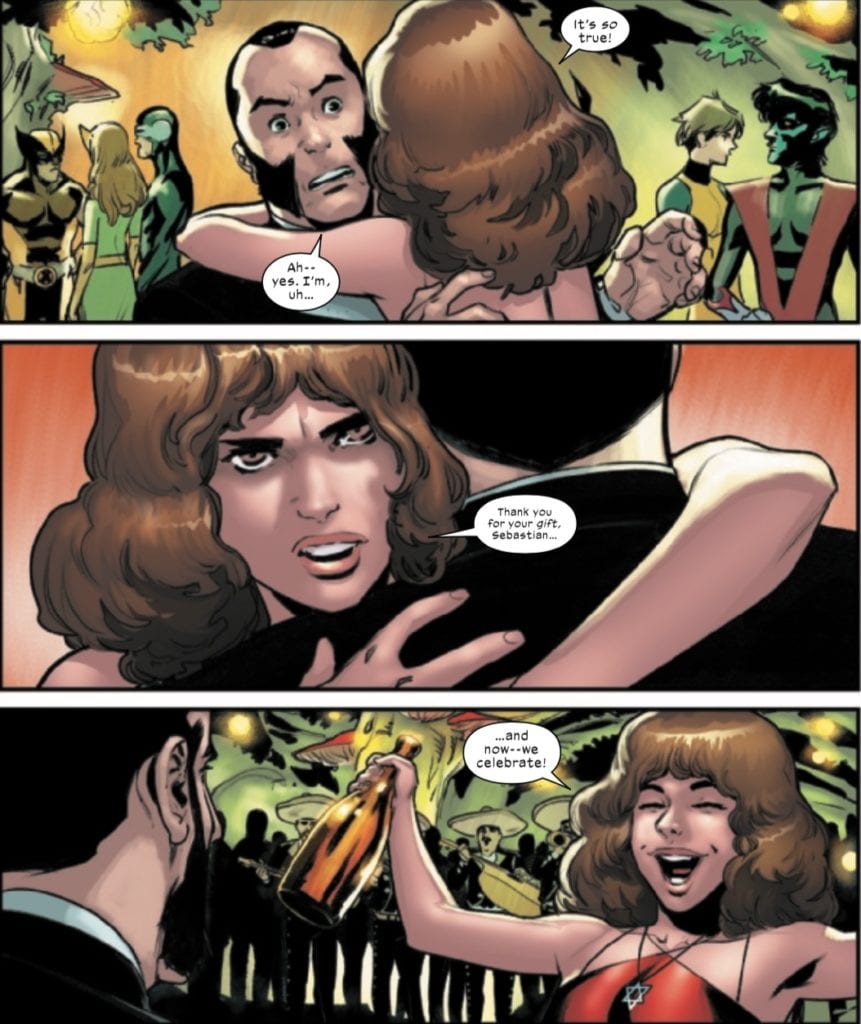 Everything about this scene works, from the look of surprise drawn on Shaw’s face to the lettering for Kate’s whisper to Shaw, to her admonition to celebrate. But readers know that Kate has something special in store for Shaw. 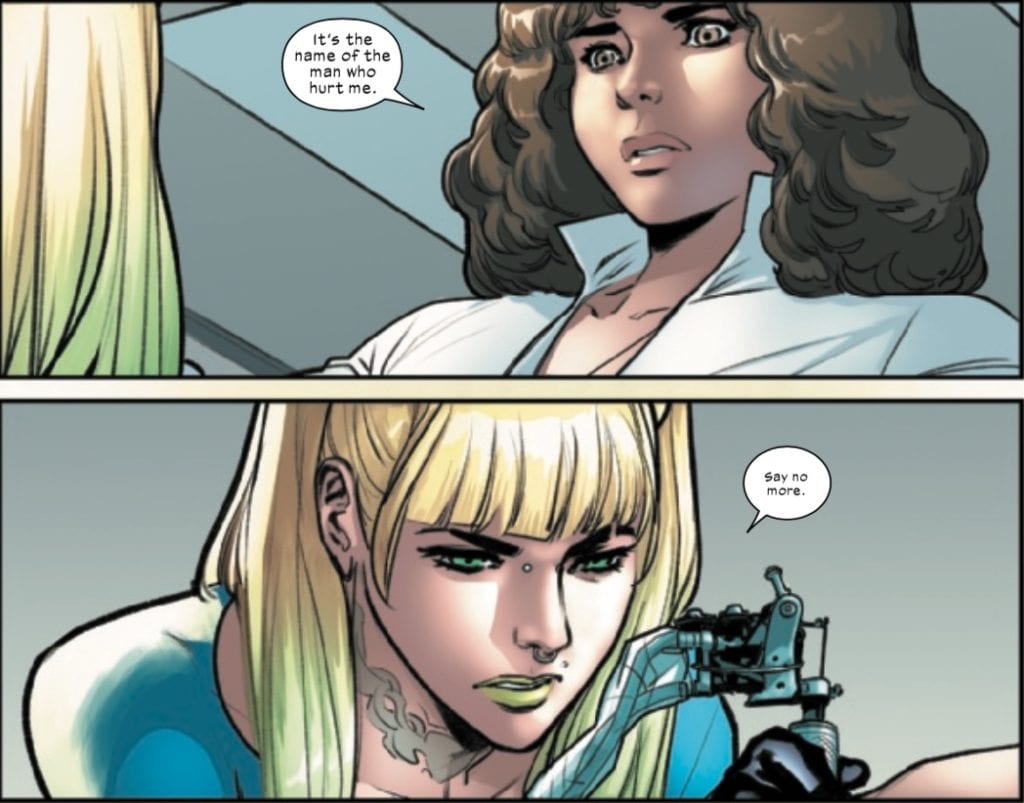 The other scene involves an interesting step in the direction for Kate. 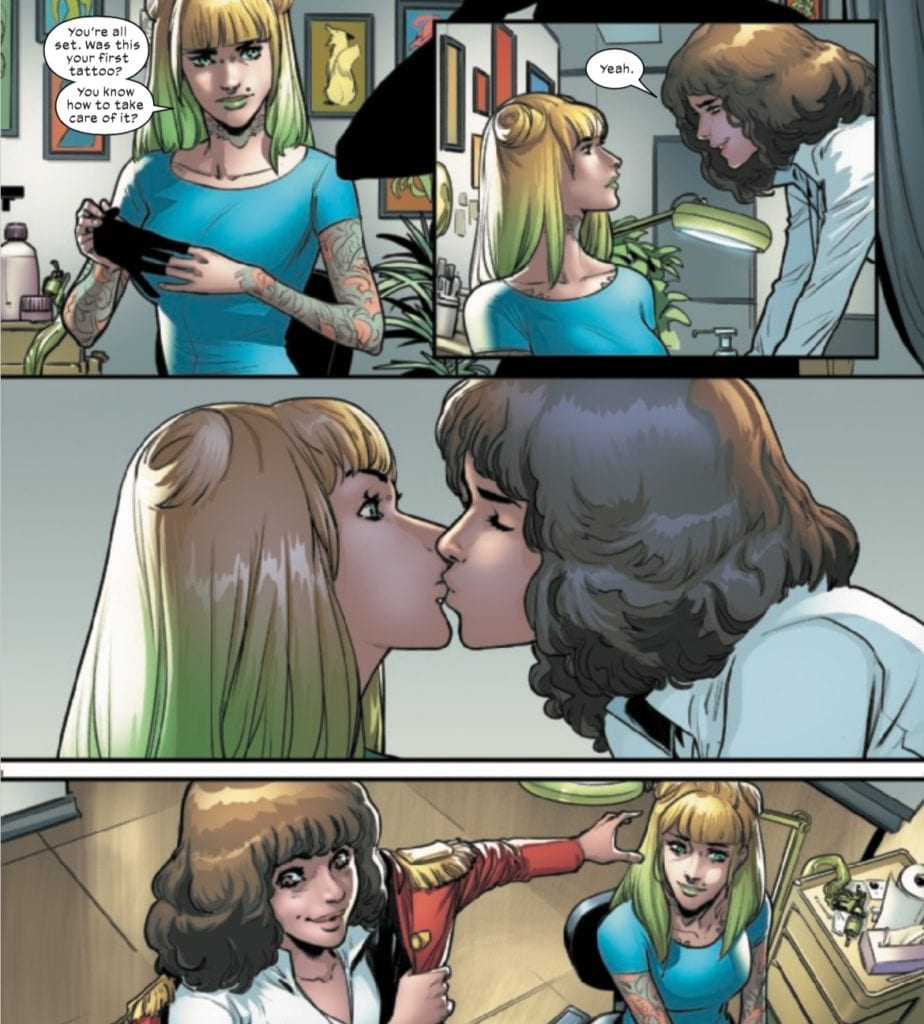 Historically, Kitty Pryde has always been attached to Colossus as a love interest; however, both characters have each moved on. The Marauders has, at least in part, been about Kate’s journey of self-discovery, leaving behind who she thought she was and embracing a life of adventure on the high seas. This scene really captures her hunger for life and the surprise she feels at her own actions as she continues to become “Kate” and leaves “Kitty” behind.

While Marauders #12 carries the “Path to X of Swords” moniker, it doesn’t appear to really tie-in to the lead up in any obvious way. Given her new tattoos, she apparently has something very special in store for Shaw, and perhaps the beginnings of a new love interest. Kate’s resurrection has given her a new lease on life, and one gets the impression that she won’t be surprised by betrayal ever again.

What did you think of Marauders #12? Tell us in the comments below!