Darcy Van Poelgeest took us into some pretty bleak territory over the previous three issues. With Little Bird #4, though, he manages to up the ante even further, giving us perhaps the darkest chapter yet.

Little Bird, the people of Elder’s Hope, and all the other rebels are either dead or captured. Bishop’s plan to consolidate his power over the land seems nearly complete. And yet, there seems to be unrest within the New Vatican. Bishop needs a miracle to quell the people…and he plans to procure it from Little Bird herself.

Little Bird #4 is perhaps the most expository issue of the series yet. Within the book’s first few pages, we discover key information about Little Bird, her origins, and her connection to Gabriel. Van Poelgeest ties the information into the narrative, revealing key points through visions rather than direct address or info dumping.

The titular character has always been shown as a competent and skilled fighter. By this point, though, she’s come into her own as a rebel, managing to escape and locate Gabriel with ease. There’s still vulnerability and dimension to the character, though, making her as compelling as ever. To that point, some of the strongest moments in Little Bird #4 are the quieter, less action-oriented ones. Gabriel and Little Bird conversing and trying to understand and relate to one another is a high point. It adds depth to one character in particular, making that individual much more of a fleshed-out figure.

Throughout the book’s first three issues, perhaps the only real weakness is that we see characters enter and leave the narrative before they’re fully-developed. On multiple occasions, we’ve seen characters die, without fully feeling the emotional weight. In Little Bird #4, though, we really do feel the significance of the last few pages.

It’s skillful, solemn writing, hitting the right emotional beats from page to page. This makes for one of the strongest issues in the run so far, and sets us up for the climax in issue #5. 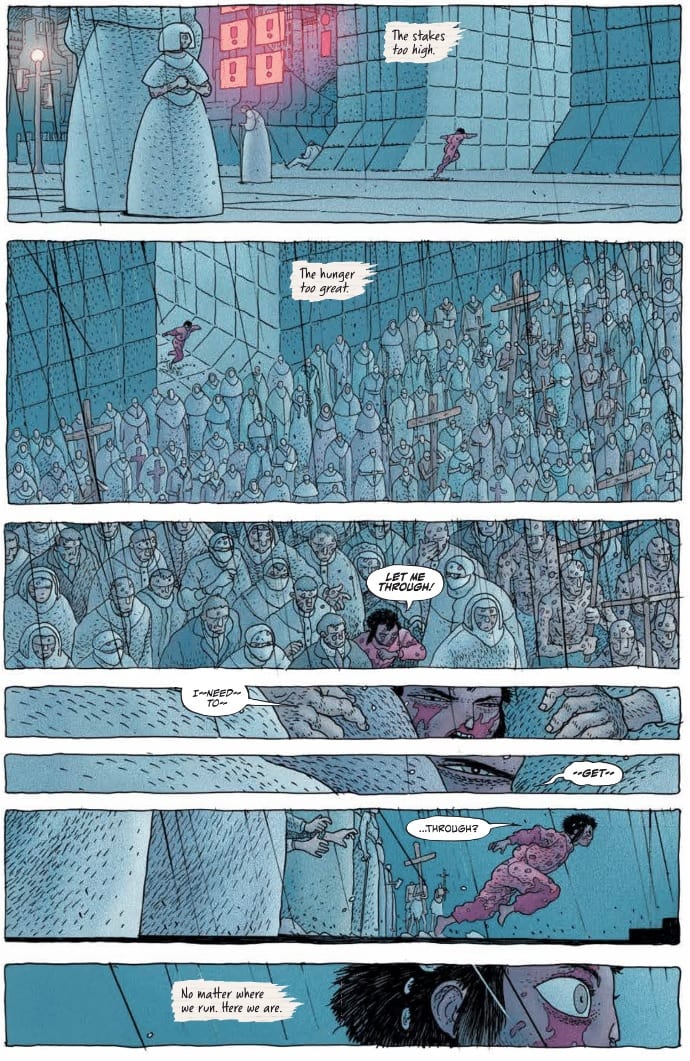 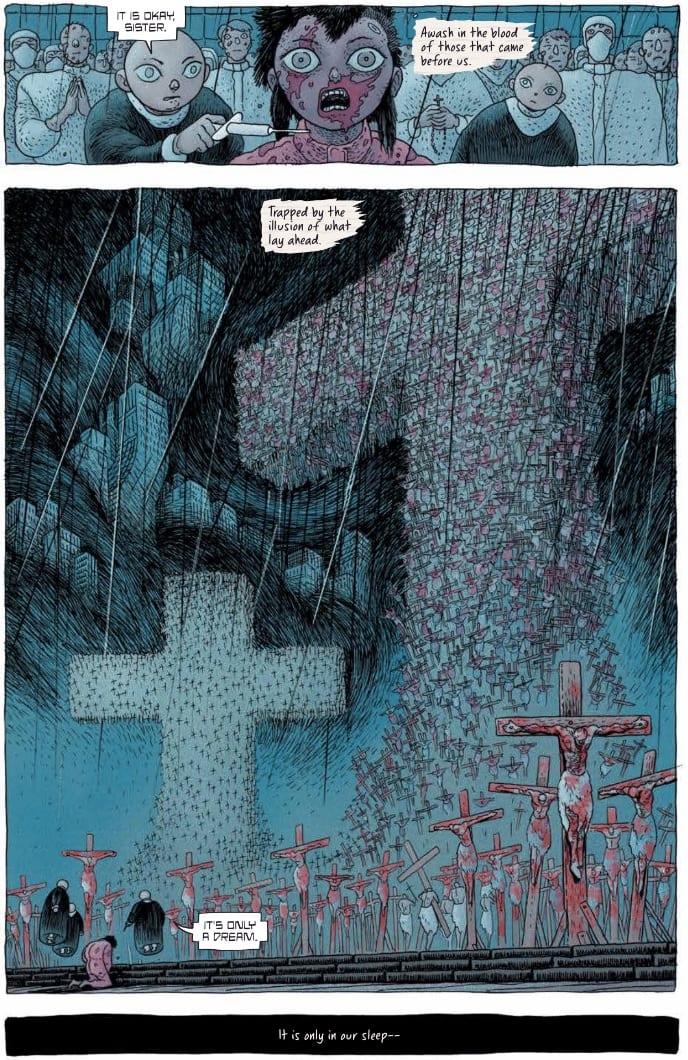 Ian Bertram again turns in excellent illustrations for Little Bird #4. While his work on this issue is a little less expansive in its design, it makes up for that with a level of coherence and cohesion that was present, but not always consistent in previous chapters. Bertram manages to inject plenty of dynamic images into the work, while maintaining an even flow between panels. The reader always feels grounded in the scene without ever feeling lost.

What Bertram manages to achieve brilliantly in this issue is focusing the reader’s eye on the characters, while still keeping up the imaginative settings in the background. When the work opens up into a large panel that dominates much of the page, it feels that much more impactful.

Matt Hollingsworth’s colors in Little Bird #4 have an integral, symbiotic relationship with Bertram’s illustrations. They’re moody and dark, yet full of life. It’s hard to imagine one without the other. As a bonus, a gallery of the pair’s artwork occupies the last quarter of the book, offering more poster-worthy imagery.

Little Bird #4 is another excellent chapter in one of the most original, compelling narratives of the year in comics. Still worth it, so pick it up at your local comic shop on June 19.