Review: LEAVE SOMETHING WITCHY — The Manson Story Told Like No Other

Leave Something Witchy, published by Lazy Comix, is a graphic novel detailing the story behind the Manson murders. It has a unique art style, is clearly well-researched, and is most certainly enjoyable. 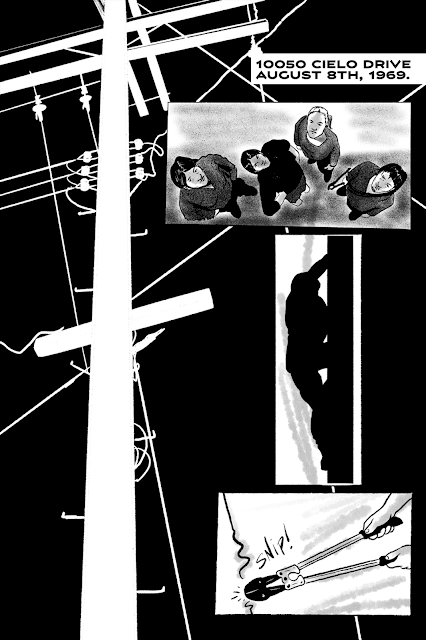 About the book:
Leave Something Witchy depicts the life of Charles Manson and the Manson family very thoroughly, from before they had become a group all the way to their time in prison. The story and art of Randolph Gentile seamlessly work together to portray the horrific events in a new way that is sure to entertain anyone with even a slight interest in true crime.

Randolph Gentile begins his telling of the Manson murders in an unusual way: depicting a gruesome murder before jumping backward in time to tell the story from the beginning. It is certainly not a new technique, but it used effectively in Leave Something Witchy by tempting the audience with what they know is to come. Everyone knows at least something about the Manson murders, and it was most likely the violent crimes committed by the family that drew in readers. By showing one of the killings first before starting from the beginning, Gentile gives the reader a taste of what is to come, before jumping back and explaining what events led to the situation. It works phenomenally well and intrigues a reader from very early on.

It is also abundantly clear that Gentile did extensive research while writing Leave Something Witchy. The details of the Manson family are incredibly in-depth, and the graphic novel goes as far as to explain in detail how several members of the family wound up in the group, what happened to several surviving members after they were arrested, and dozens of other facts related to the Manson family. Leave Something Witchy is saturated with information, which simply adds to why the graphic novel is worth reading. 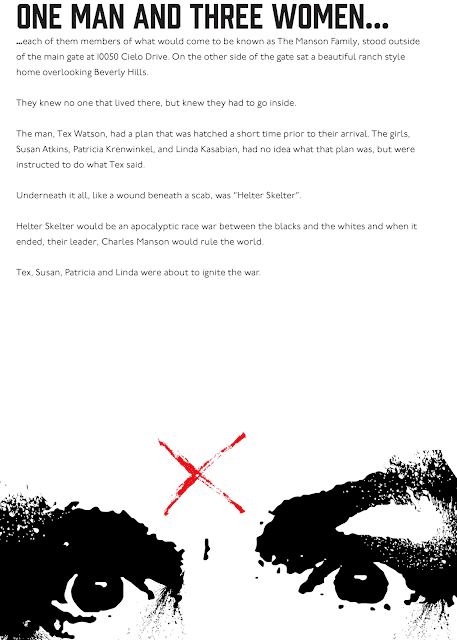 The way that Randolph Gentile is able to fit so much information into the graphic novel is interesting as well. He has pages with nothing besides words on them to relay large chunks of information in a smaller space. While this may at first seem to distract from the feeling of reading a graphic novel, these pages often were used as pleasant scene transitions, and also helped to convey scenes that would have been nothing except for action. These pages save the graphic novel from being dozens and dozens of pages longer than it was, and it is already a lengthy read. By the addition of the pages filled with words, Gentile is able to keep up the pace and excitement of the read, while also fitting in interesting information that he had uncovered.

The art of Leave Something Witchy is distinct and does a great job of working with the story to get information across. The foreword asks the reader to “forgive [Gentile’s] shortcomings as an artist,” but that is rarely, if at all, necessary. There are a few moments where the anatomy of a character is wrong, which does stand out. Still, Gentile’s distinct art style mostly does a fantastic job of telling the Manson story and is a fun change-of-pace from the typical art you would see on comic book store shelves.

In the foreword of Leave Something Witchy, Randolph Gentile mentions his want to explore with the various tools available to him when working in the digital medium. This is very evident in the graphic novel and is used to create genuinely stunning art in many cases. The mix of various tools provides distinct aesthetics that bring scenes together, and give a variety that is an absolute pleasure to look at. 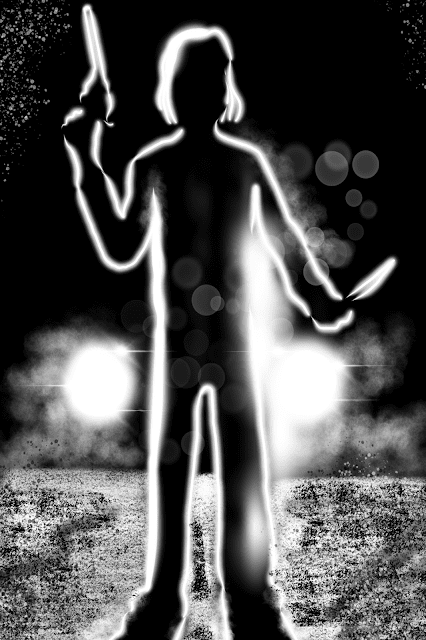 The art improved significantly towards the end of the graphic novel, which Gentile attributes in the foreword to the experience he gained in the long time it took him to compose the story. I believe this change in talent works in Gentile’s favor because the gruesome scenes that occur near the end of the book are done in a style that makes them profoundly striking. The change of art makes these scenes feel more real and important than other events in the book, almost as if signifying the transition of the Manson family from a group that preached about love to one only concerned with bringing death. 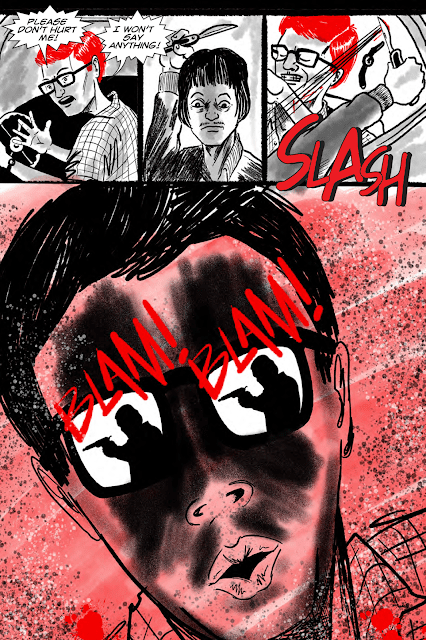 Most of Leave Something Witchy is composed of only black-and-white imagery, but color is interjected to highlight certain aspects of some scenes. Bright red is used for blood, and the choice of illustrating this with color makes the violence of certain scenes stand out, due to the rest of the book being mostly colorless. Color is also used to produce an effect that illustrates a hippie lifestyle or a drug-induced trip and is sometimes used to establish the tone of a scene when it has a lighter mood than the rest of the book.

The lettering of Leave Something Witchy is not outstanding but does a great job of allowing the story to progress smoothly. The words are mostly colored black but can be a bright red or another color when depicting captions from violent scenes or when emphasizing certain words, like the graphic novel’s title.

Leave Something Witchy is an outstanding telling of the Manson murders, filled with so much information that even those well-versed with the true story are likely to find something they did not know before. Randolph Gentile creates a truly unique experience to learn about the horrific event, and reading through the graphic novel is incredibly enjoyable.

The story of the Manson Murders told through a graphic novel. Certain to excite, entertain, and educate.Review: LEAVE SOMETHING WITCHY -- The Manson Story Told Like No Other