Killadelphia #12, on sale now from Image Comics, features some of the darkest and most interesting art the series has seen so far, and the story is full of twists and turns to shock the reader thoroughly.

It doesn’t matter what kind of emotions Rodney Barnes is trying to provoke in Killadelphia #12; he always nails it on the head. It could be a tender moment between people visiting loved ones who have passed on, or a horrifying sequence of grotesque violence; either way, Barnes can inspire emotions in the reader. This issue also provides one of the craziest twists we have seen for a long while, which ends this second arc with a bang. It’s sure to have readers dying to get their hands on the next issue. 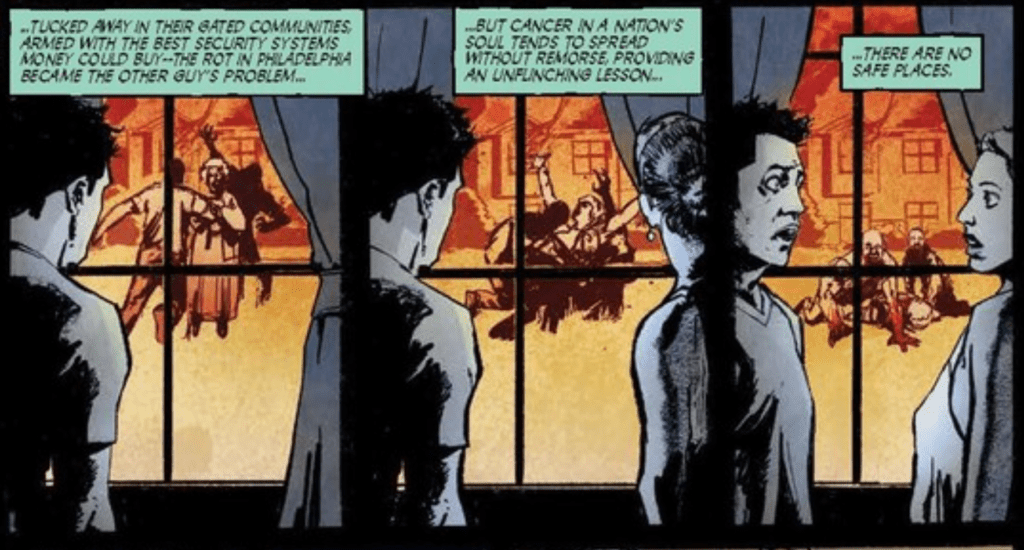 I have nothing negative to say about Jason Shawn Alexander’s art in Killadelphia #12. It is jaw-dropping. As always, his faces are remarkably realistic, as if each one of his drawings has a soul. Even better is when he decides to draw a body whose soul has left it, and we are left with haunting imagery that brings this issue to the next level. Another brilliant part of this issue was how Alexander showed some of his best work with disturbing macabre art that is sure to chill readers’ spines. Every single page was a pleasure to gaze upon, and I cannot sing enough praises about Alexander’s work in this issue. 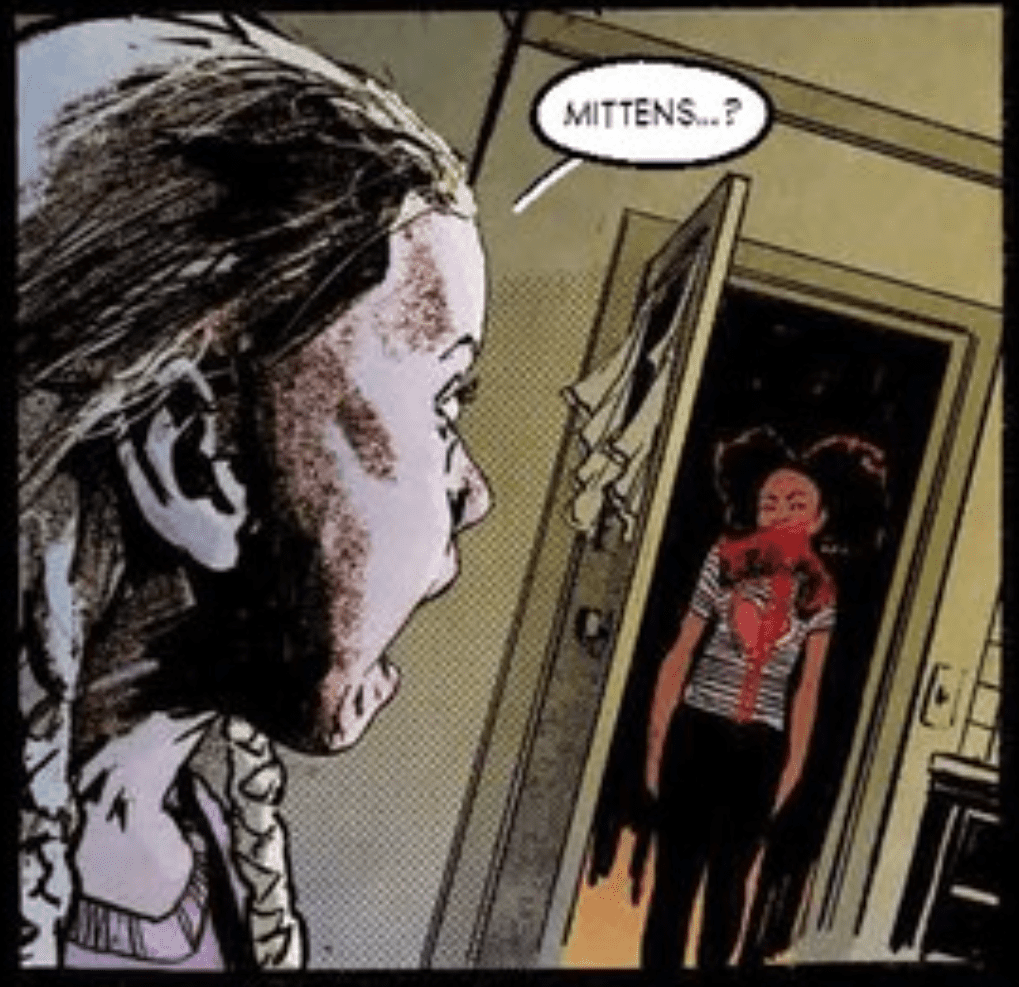 Luis NCT’s colors in Killadelphia #12 perfectly complement Alexander’s art and adds lots of energy to the issue. His bloodshed is particularly notable, as he always finds a way for it to pop out against the colors behind it, which results in some delightfully horrifying panels. NCT also does some marvelous work in choosing a palette that reflects the tone. The backgrounds might frequently be red to accent a scene full of violence, or they might be calming colors for moments in the afterlife. Either way, NCT does a stunning job of making sure the colors reflect the emotions that the story is trying to get across.

Marshall Dillon uses a variety of lettering techniques that allow Killadelphia #12 to be more immersive. He has dialogue extend past the borders of a speech bubble, which clarifies that a character is yelling. He gives some characters a uniquely colored font for their dialogue, highlighting that the characters are inhuman. Dillon also will change the color of a font to show that a character is screaming out and is overcome with emotions, which is a subtle yet effective way to carry that out. Dillon accomplishes everything he sets out to do, allowing the issue to flow seamlessly and to pack a harder punch on several occasions.

Killadelphia #12 is a mind-blowing issue that any fan of the series would hate to miss. It has an engaging story throughout its entirety, there is plenty of the violence we love, and Alexander can shine with macabre art that knocks it out of the park. All of it is extraordinarily beautiful, and the colors of NCT and the lettering of Dillon polish it off to create an unforgettable issue.

Killadelphia #12 has some of the best art that the series has to offer, and a story that leaves readers dying to get their hands on the next issue.Review: KILLADELPHIA #12 - Glorious Macabre Art