Killadelphia #10, out now from Image Comics, is a mortifying issue of delightful violence and is one of the best issues to come out of the series so far.

About the Book:
Abigail Adams has been leading the vampires ever since her husband was killed. They recently have been responsible for the murder of the governor of Philadelphia and the famous rapper, Blake Scott. A particularly malicious vampire called Jupiter turned himself into the authorities to convert those in prison and stage a massive vampire breakout. At the same time, James Sangster Jr. and his group are doing everything they can to stop this vampire epidemic. 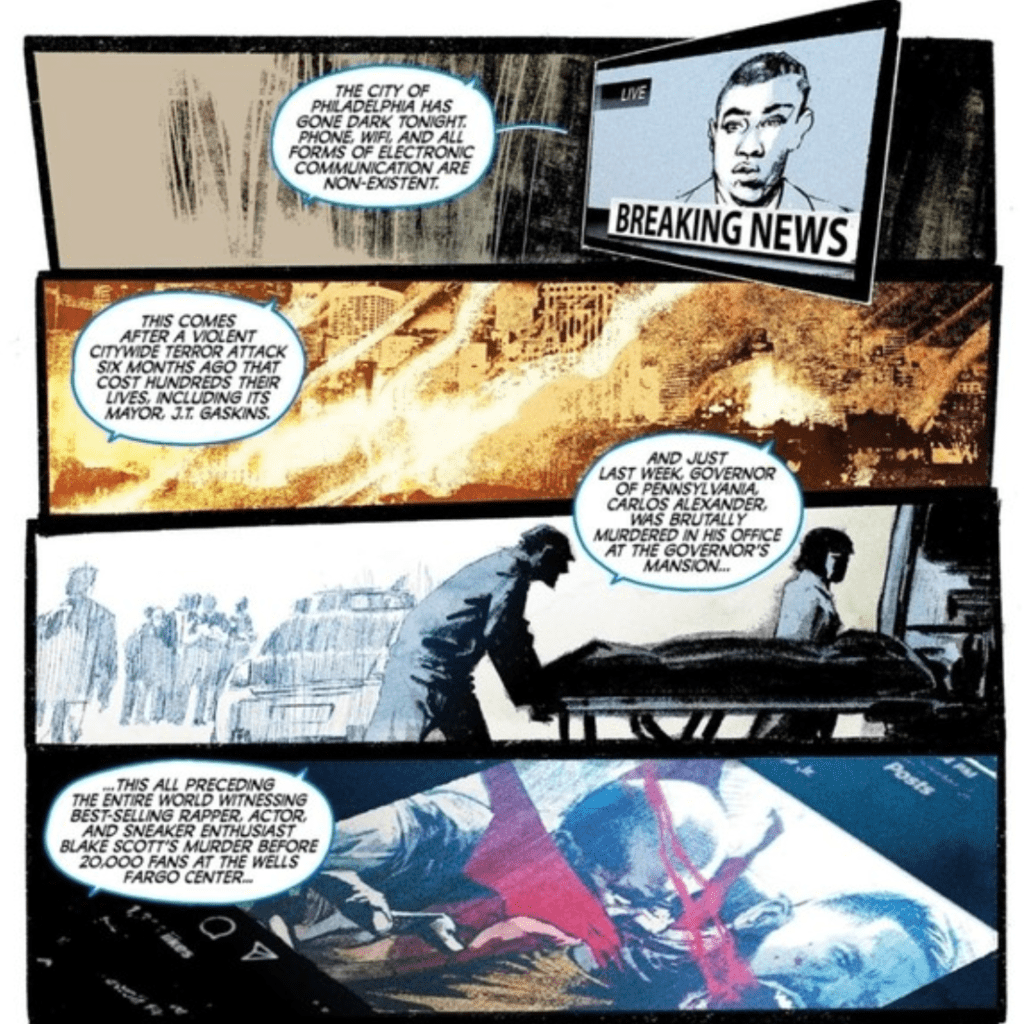 Rodney Barnes never fails to tell an engaging tale, especially in Killadelphia #10. The dialogue is terrific throughout the issue, whether it be comical or deeply disturbing. The backstories of characters often told in Killadelphia’s issues are another intriguing aspect of Barnes’ writing. In this issue, as in multiple other issues, we are given the backstory of a vampire. It is strange to spend so much time characterizing villains, but by doing so, Killadelphia becomes a more fleshed out world. The vampires here are not just mindless killing machines, but rather many were individuals whose lives were ruined to the point that becoming a vampire was the best way for them to get revenge. This by no means prevents the reader from seeing them as the villains, but it gives them an understanding of the characters’ actions, which prevents them from being a bland, standard monster.

These backstories also provide Barnes with the opportunity to fit more historical fiction into the series. One aspect of what made Killadelphia stand out from other modern vampire stories was the choice of former president John Adams as the main undead antagonist. This historical tie-in was a captivating scenario, and Barnes continues this after Adams’ death by introducing new vampires with ties to other important moments in American history. One such vampire is introduced in Killadelphia #10. They aren’t historical figures, but they originally lived during significant historical moments, such as the Civil War. It is a great way to keep the series’s historical fiction aspect without continuously focusing on Adams. 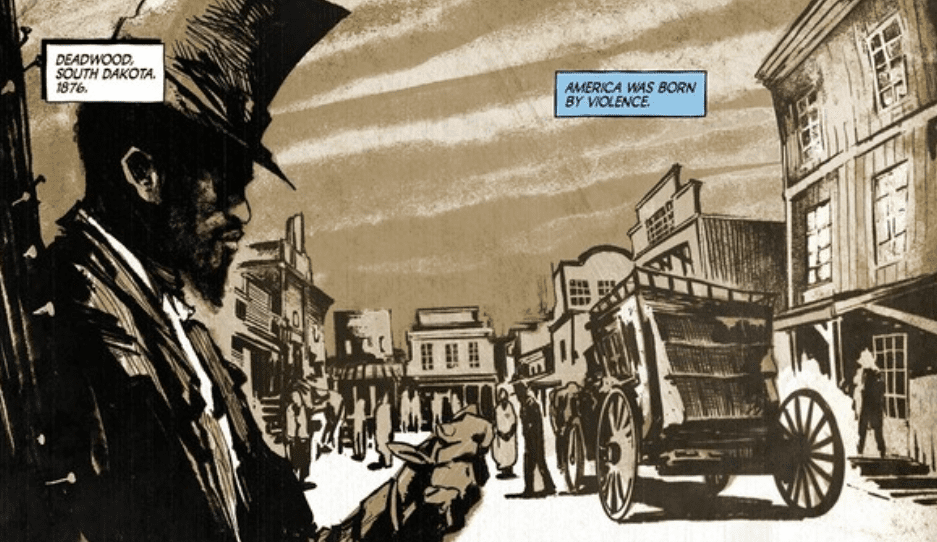 Jason Shawn Alexander can create stunningly, realistic characters with expressions that make them genuinely seem alive. Killadelphia #10 features more of these highly believable characters, along with intense action. These horrifically violent scenes are marvelous to look at, as Alexander’s characters have beautifully dynamic poses and depth that makes it feel as if characters are coming out of the page. This issue also contains pages with the focal point. To make these central images stand out, Alexander places smaller panels around them or even makes the characters overlap the panel borders. The center of a page is almost always an automatic focal point, so by making the center image the most important, the effect becomes even more substantial.

Luis NCT pair’s colors spectacularly with Alexander’s art in Killadelphia #10 and give a stronger impact on the violent action scenes. NCT also provides some pleasant sepia tones for flashback scenes, which works phenomenally well as delivering an older tone due to the instant association people have between the color and old photographs. 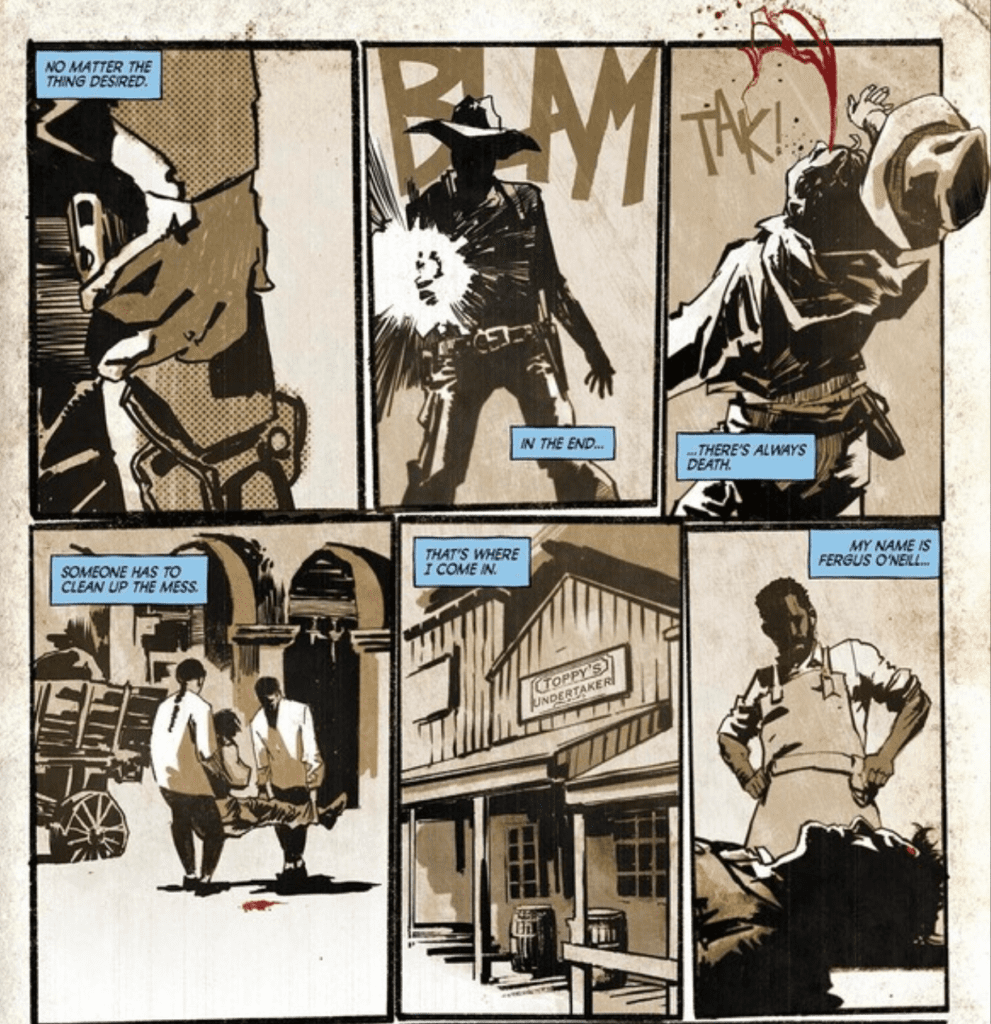 Marshall’s Dillon lettering in Killadelphia #10 fits perfectly with the art and story. Both subtle and explosive sound effects help the story feel in motion and add to the terrifying imagery it accompanies. During flashbacks, Dillon places sound effects in panels’ background when they would ordinarily be in front of everything else. This dulls the lettering’s impact, which was most likely done intentionally to help relay the fact that the flashbacks are a retelling of events and are not currently happening. This is a highly effective choice and shows off Dillon’s lettering talents.

Killadelphia #10 is one of the best issues in the series so far, and you do not want to miss it. The plot is increasingly becoming more thrilling, and Alexander’s art is exceptional (as always). The coloring and lettering bring the story to life and help provide for a highly satisfying issue.

One of the best issues to come out of a phenomenal series.Review: KILLADELPHIA #10 - Engaging Historical Backstories