Written by internet personalities Jason Inman and Ashley Victoria Robinson, with artwork by Ben Matsuya, colors by Mara Jayne Carpenter (volume one), and letters by Taylor Esposito, Jupiter Jet is the story of Jacqueline “Jacky” Johnson, a sixteen-year-old girl who rides the sky on an experimental jet pack that she discovered in her dead father’s workshop and does what any other teenage girl would do – steal from the rich and give to the poor while keeping her neighborhood safe!

Now, the creative team (with new colorist Elizabeth Kramer!) is back with a second Jupiter Jet adventure, taking the character and story to new heights in a mold that hearkens back to the golden age of comic books.

Jupiter Jet and The Forgotten Radio tells the story of a girl confronting what it is to be a young woman while saving her planet from a dangerous interplanetary threat.

Jupiter Jet is clearly written by people with a great love for comic books. The duo of Jason Inman and Ashley Victoria Robinson manage to craft a wholly enjoyable superhero adventure, while tugging on just the right amount of nostalgia strings. It’s a truly fun throwback to pulp science fiction heroes like The Rocketeer and Buck Rogers.

There’s a lot of love put into the character development. The first adventure follows Jacky as a relative newcomer to the whole heroics thing. She’s still learning how to use her jet pack, and is even a little clumsy. The first part of the second volume picks up after the exciting twist of a conclusion where Jupiter Jet Volume One left off. The writing feels much more mature than in the previous story, which seems to be intentional, as the titular hero has grown as well since we last saw her. But that’s not to say this book isn’t filled with fun, adventure, and even more surprises, because it most definitely is.

Ben Matsuya has also shown considerable growth in his artwork from Jupiter Jet Volume 1 to Volume 2. The first volume is packed with character expressions akin to a Disney animation. In Jupiter Jet and the Forgotten Radio, the style is more modern and conservative.

Meanwhile, the first volume features vibrant colors by Mara Jayne Carpenter, while the sequel’s colors by Elizabeth Kramer are noticeably muted. This shift in style is an intriguing choice, as if Matsuya and Kramer are taking the readers on a journey through the various eras of the comic book medium.

The lettering by Taylor Esposito is everything you’d expect in a classic sci-fi comic book. Specific words are in bold, or in a larger size, making it all too easy to get a sense of the characters’ inflections in their dialogue. 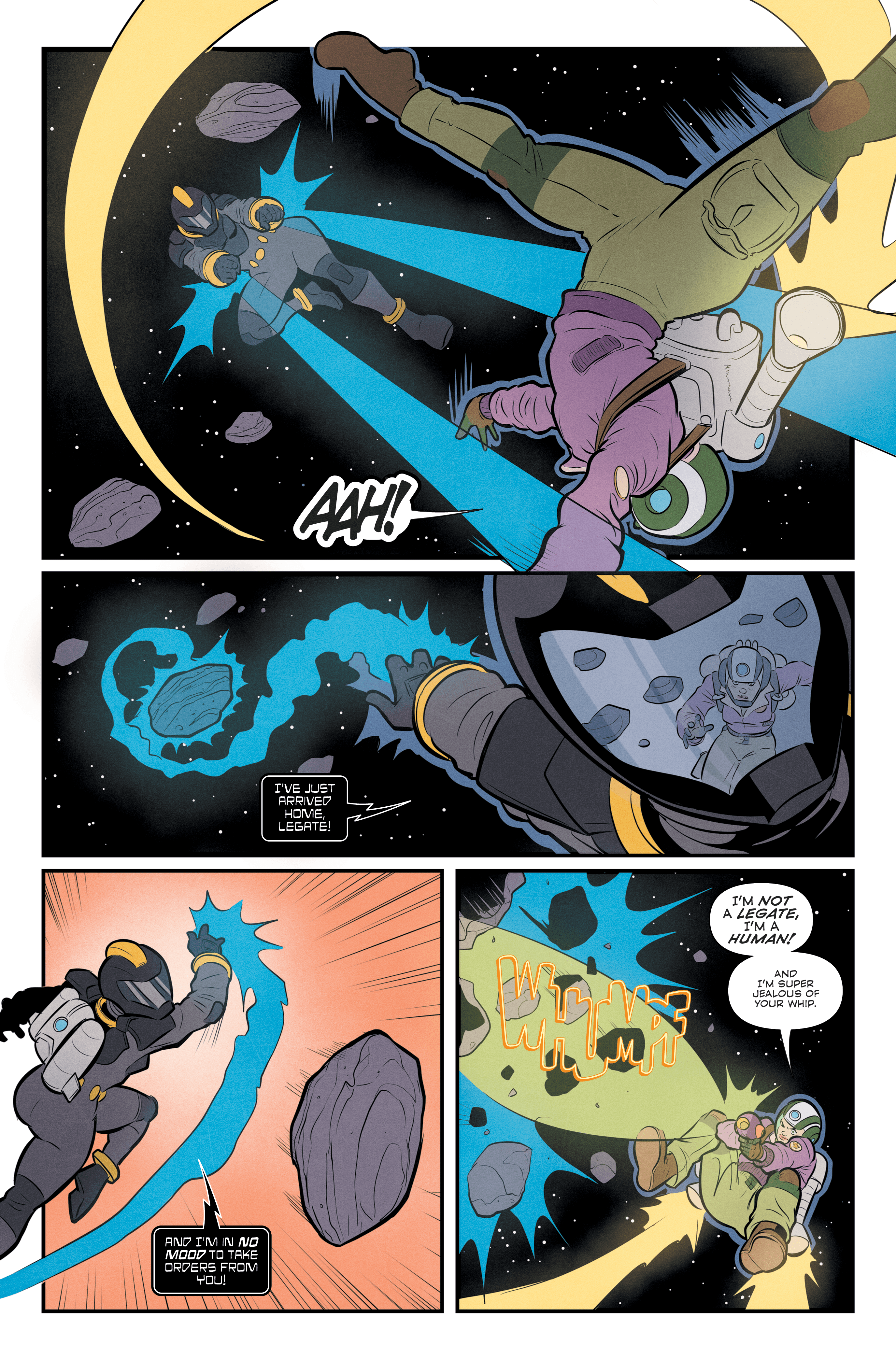 Jupiter Jet is an absolute fun ride, with endearing characters, and a story that is filled with humor, heroism, adventure, and exciting twists.

Catch up with the adventure of Jupiter Jet by purchasing the first volume on Amazon or comiXology. Then, you can get a copy of Jupiter Jet and the Forgotten Radio by supporting the Kickstarter campaign.

Kickstarter Review: JUPITER JET AND THE FORGOTTEN RADIOJupiter Jet is an absolute fun ride, with endearing characters, and a story that is filled with humor, heroism, adventure, and exciting twists.