We’ve seen some creative plotlines come out of the ICE CREAM MAN comic, but #13 is unique in that it’s literally structured as a palindrome. Readers can choose to dive into the horror-filled story from either the front or the back panel, ultimately reaching the same point either way. This adds to the building sense of uncertainty the series is best know for (ie., the constantly changing protagonists). And it shows us why we keep coming back to the Ice Cream Man and his dastardly machinations.

If one so chooses to read this issue the traditional way (front to back), they will be introduced to Paul, who’s experiencing tremendous grief after the recent death of his husband Michael. Readers get an inside look at a man experiencing grief and it’s nothing short of astonishing. In just a few panels, W. Maxwell Prince convey both the emptiness one feels after loss of a loved one and the determined denial in their refusal to let their memory go. 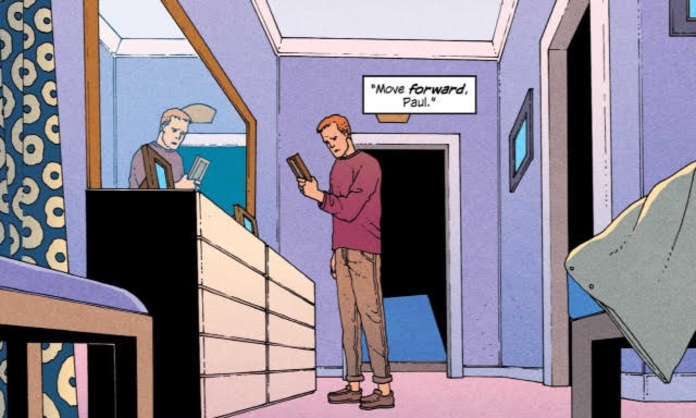 But this story takes the notion of grief to a new level, one that quite literally depicts a man refusing to accept death itself. Will descends into an open manhole cover near his home in search of the King of the Underworld. However, such a bizarre turn of events is only the beginning; the story ascends to its climax rather quickly only to retell the events in reverse order.

Such a masterfully crafted palindrome will leave readers hungry for more creativity in the tales to come. Fortunately, there’s plenty of opportunity when Paul uncovers the secret connecting the murders from the previous twelve issues.

Martín Morazzo’s penciling and Chris O’Halloran’s coloring generate an organic somberness fitting of the narrative. Morazzo uses extreme detail for the array of eccentric characters, penciling in each drop of slime and bit of decay found in the sewer’s “underworld,” and O’Halloran’s pale, dreary tones complete the effect.

Good Old Leon’s lettering is particularly effective for this story. He uses varied fonts for each character speaking in palindromes, which is quite fitting for Prince’s off-kilter storytelling style. 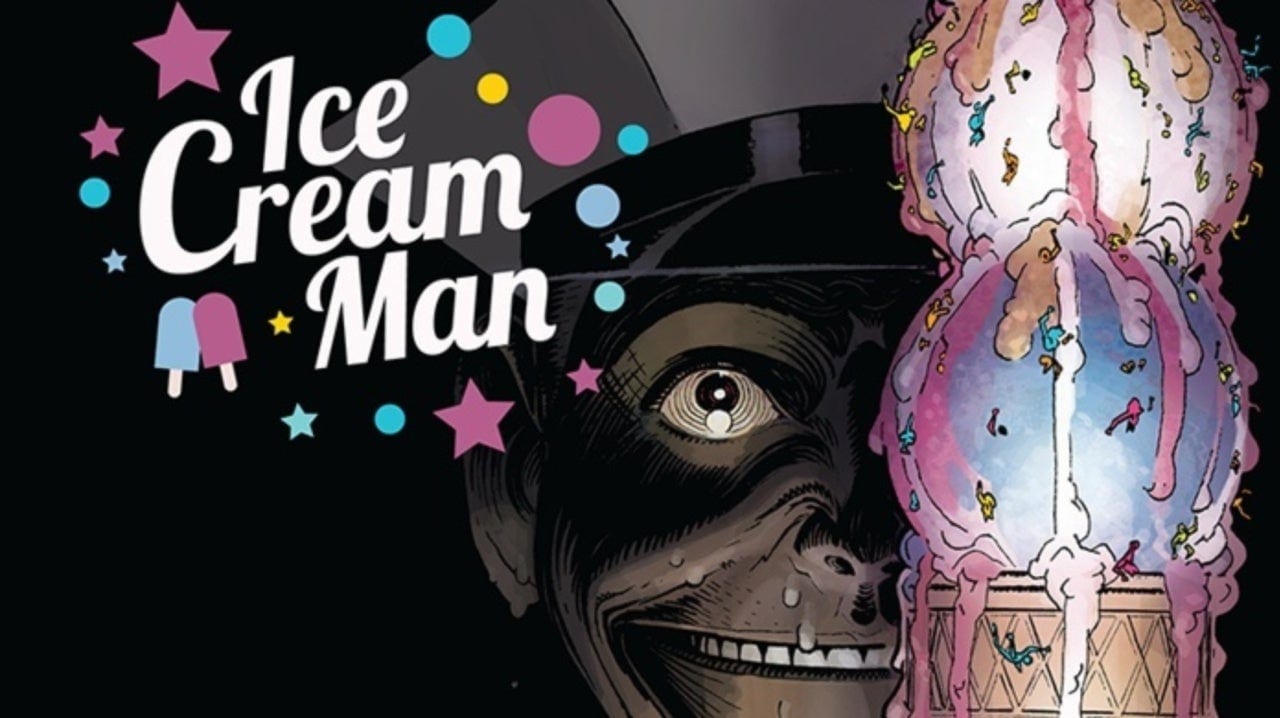 ICE CREAM MAN #13 showcases the brilliant creativity of Prince, Morazzo, and the rest of the team in a fresh way. Having a comic that can be read backward as well as forward shows us why the comic medium is alive, well, and always full of surprises.

What did you think of the palindrome style of this issue? Let us know in the comments below!

ICE CREAM MAN #13 reaches a new level of creative brilliance through the use of the palindrome. We also unearth an intriguing connection between this and all of the previous issues.Review: ICE CREAM MAN #13 Is A Beautifully Horrific Palindrome