Review: How All the Pieces Fit in RORSCHACH #10

Written by Tom King, with art by Jorge Fornes, colors by Dave Stewart, and letters by Clayton Cowles, DC Comics’ Rorschach #10 helps us piece together all of the snippets of information we’ve gathered so far. And just when we think we know what happened, we begin to see the few pieces that are still missing. This creative team is ready to give some answers. But maybe they’re just distractions from what is really going on. 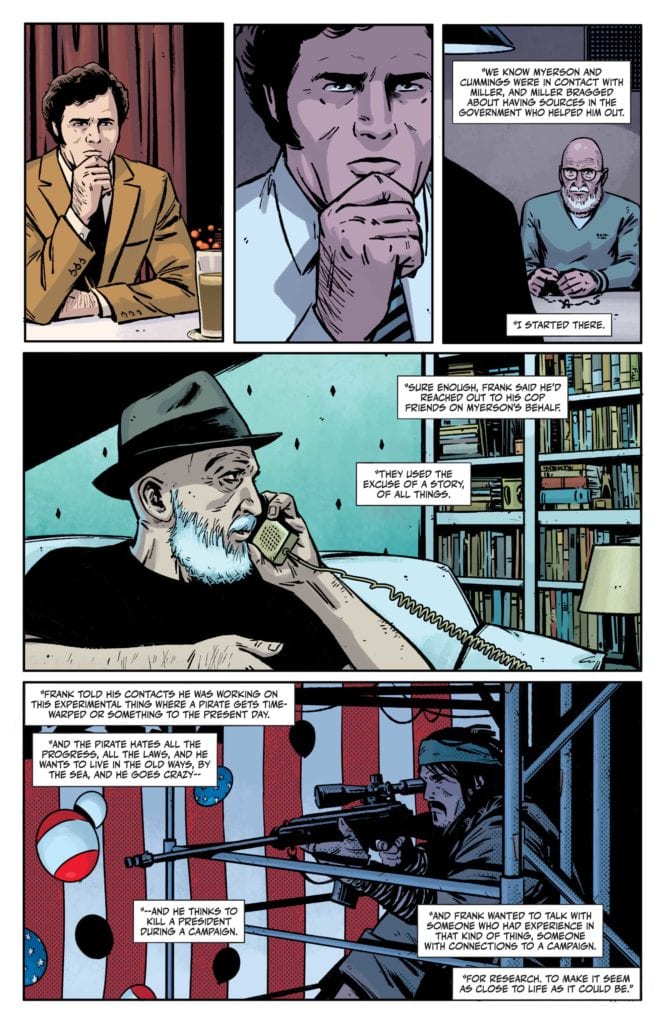 King practically drowns us in information in this issue. Our detective takes us through what he’s learned so far and shows how it all makes sense as one big story. In many ways, this issue feels like a finale. The cop comes in and tells us what happened. But King has been doing something fresh and new with this series. He’s offered answers readily and often, usually when they don’t show the full picture. He’s shown us how focusing in on a story we want to be true, we can miss perspectives and clues. So, while this issue seems to solve everything, with a few loose threads that don’t seem too bothersome, King has two issues to go. Will we learn that this all really happened? Or is King just telling us what we want to hear, before upending our expectations? 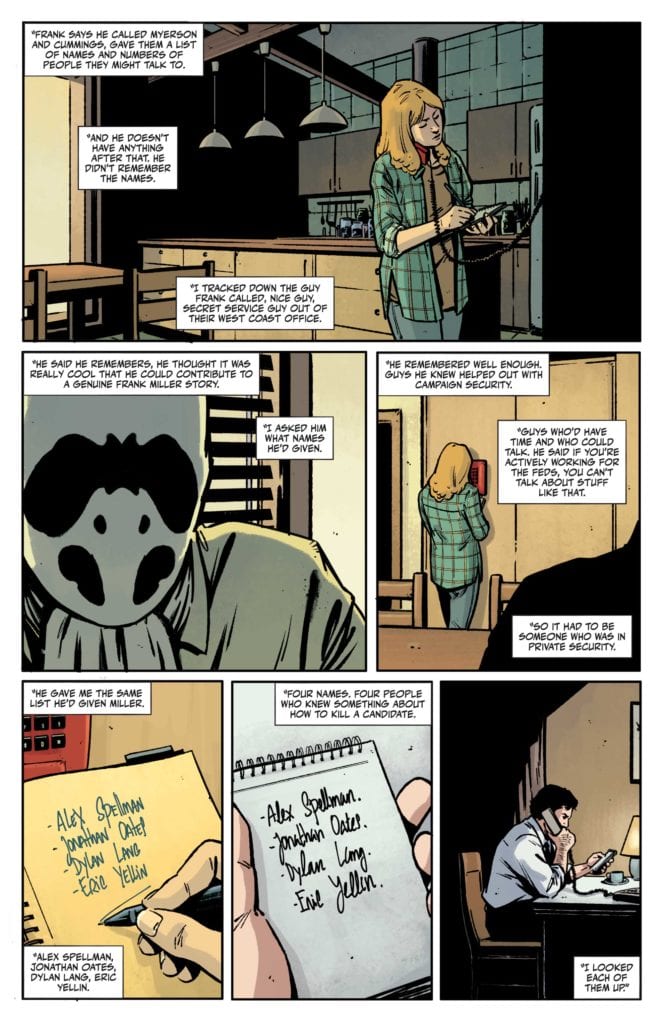 Fornes’ linework continues to be stunning. He shows us snippets of Myerson and the Kid, interrupted by stills of the detective investigating them. The images are often so similar, we question, for a split second, whose hands or faces we’re seeing. It seems like we’re seeing the detective get lured down the same path as Rorschach and the Kid. Fornes also “zooms in” on a lot of characters faces. We see them in one panel, then in the next we see them closer up. It gives us the feeling that something is sinking in for them. At one point, as the detective describes his findings to someone, we see the opposite happen. Their face takes in the information, then Fornes pulls us back. It’s an interesting shift and it leaves us wondering what it might be about this story that has our listener wanting to back away.

Cowles navigates us through a rather text-heavy script. He gives large chunks of text a patter, a rhythm. Above all, Cowles always gives lines the space they need to land. When the detective relays a particularly disturbing set of information, his listener responds. “Jesus,” is the first thing he says. It gets its own word balloon, even though it could easily fit in with what he says next in the panel. Cowles wants us to hone in on the humanity of this issue. It can all feel rather distanced: facts being presented about people who are long dead. But Cowles wants us to see the human reactions to the information, the heartbeat under the cold, hard gaze.

DC Comics’ Rorschach has so many pieces to it that shouldn’t work. Rorschach #10 is a text-heavy script with very little action and a huge amount of exposition. But this team makes you feel glued to every page. Every line feels like a revelation. This creative team is throwing out the rulebook, and kicking ass with their own new status quo. Pick up Rorschach #10, out from DC Comics July 13th, at a comic shop near you!

DC Comics' RORSCHACH has so many pieces to it that shouldn't work. RORSCHACH #10 is a text-heavy script with very little action and a huge amount of exposition. But this team makes you feel glued to every page. Every line feels like a revelation. This creative team is throwing out the rulebook, and kicking ass with their own new status quo.Review: How All the Pieces Fit in RORSCHACH #10