Review: History Repeats Itself In BATMAN BEYOND #29

BATMAN BEYOND #29 brings “The Final Joke” story arc to its thrilling conclusion. Reappearing after being presumed dead, The Joker kidnaps Terry McGinnis’ younger brother Matt, a.k.a. the new Robin, to lure an elderly Bruce Wayne into a trap. Now it’s up to Terry to save his brother and prevent the villain from reenacting an eerily familiar death scene from Bruce’s past. 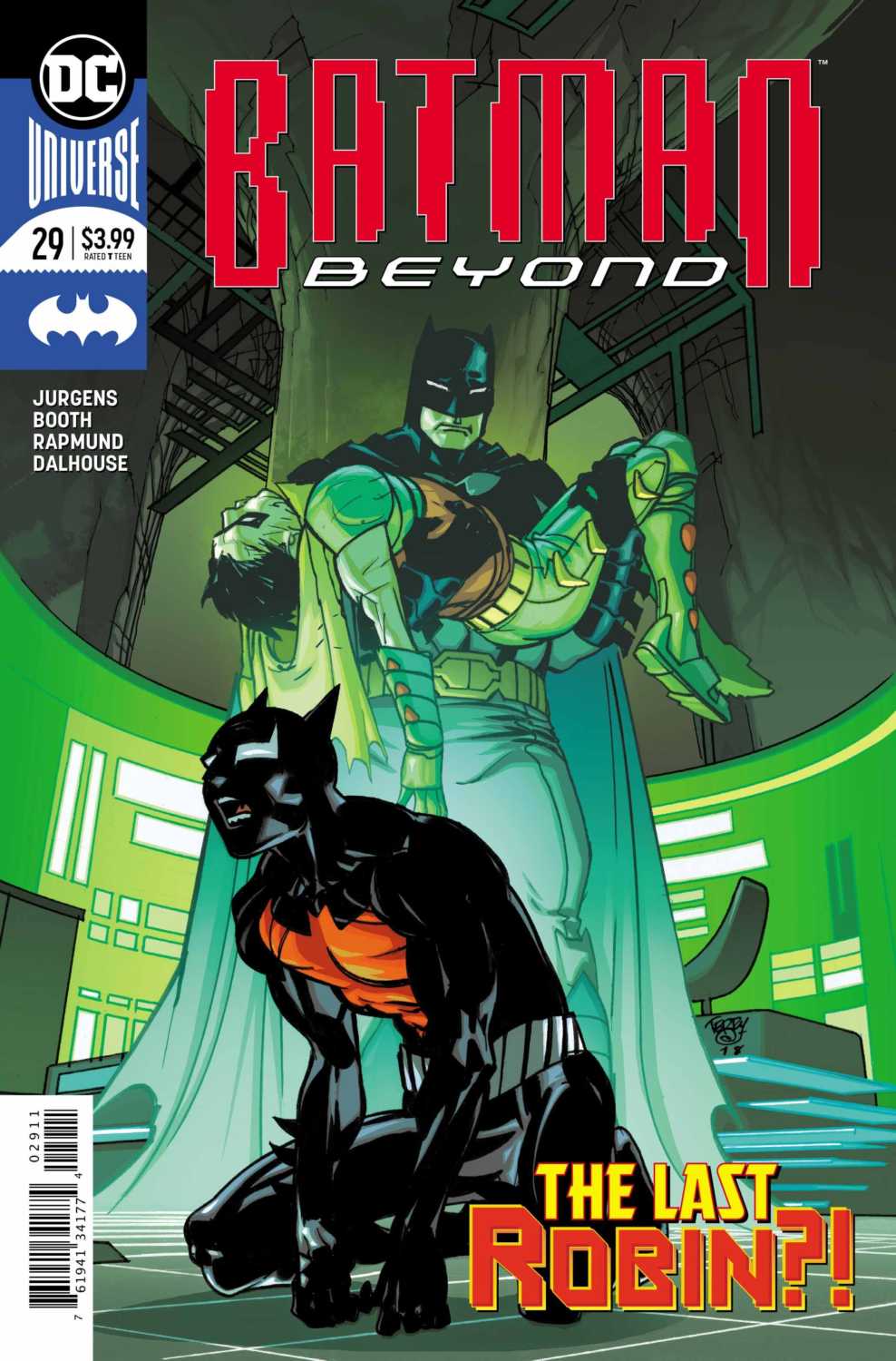 Dan Jurgens has administered a heavy dose of nostalgia on readers since The Joker’s reappearance in issue #25. He’s since used the story arc to work out each protagonist’s horrific reactions to their most dangerous foes’ return. But this issue ups the ante by setting the stage for Matt’s murder in the exact same manner as Jason Todd’s from years earlier. 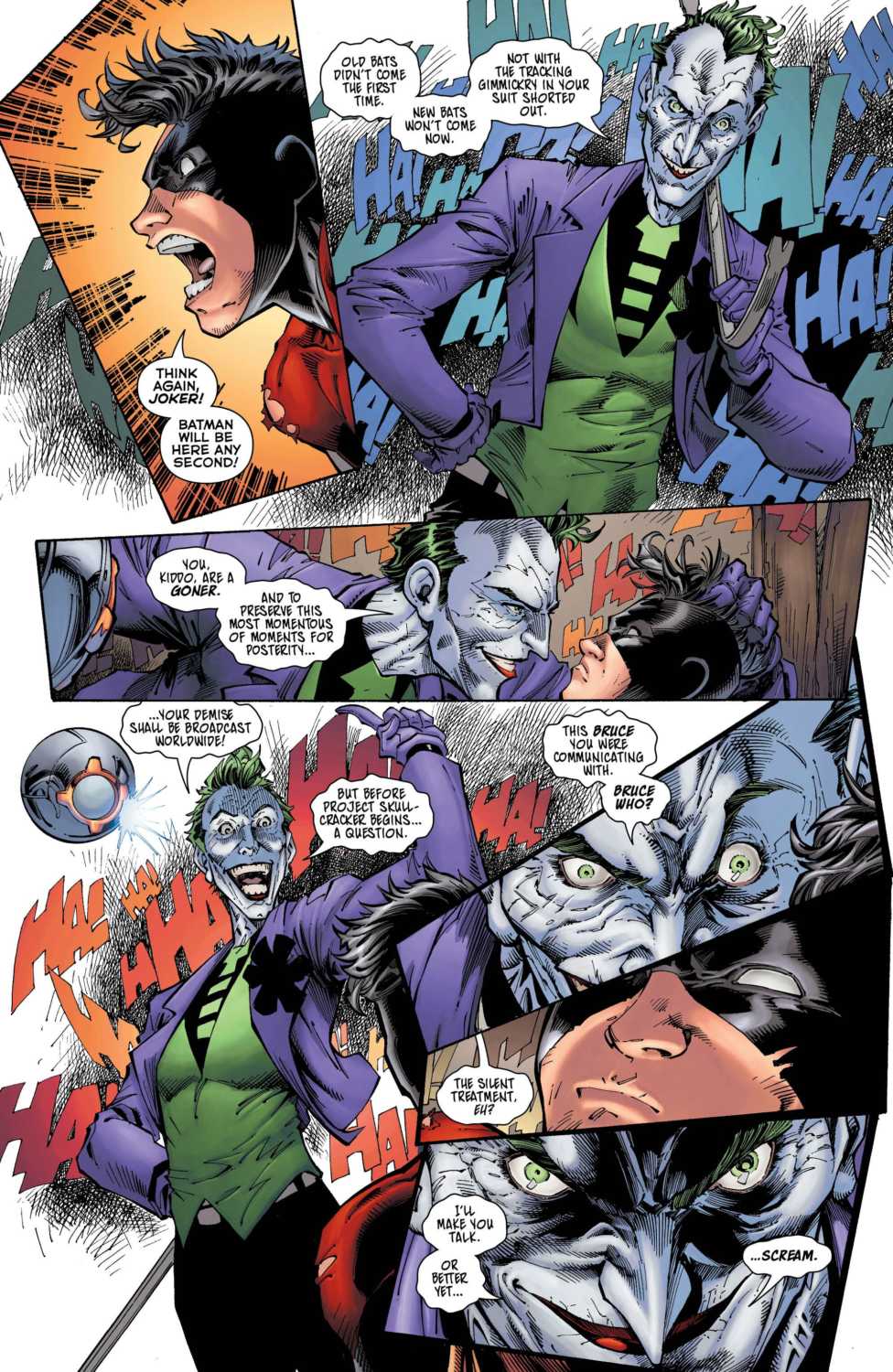 The issue moves at lightning speed as Terry and Dick Grayson track down The Joker and Matt. Readers will get to enjoy plenty of fight scenes featuring these two masters of acrobatic combat as they race to find Matt before it’s too late. At the same time Bruce and Elainna, Dick’s daughter, watch in horror as The Joker taunts them. Jurgens helps readers feel the emotion of the normally stoic Bruce as he faces his fear of losing another young crime fighter to The Joker’s madness. 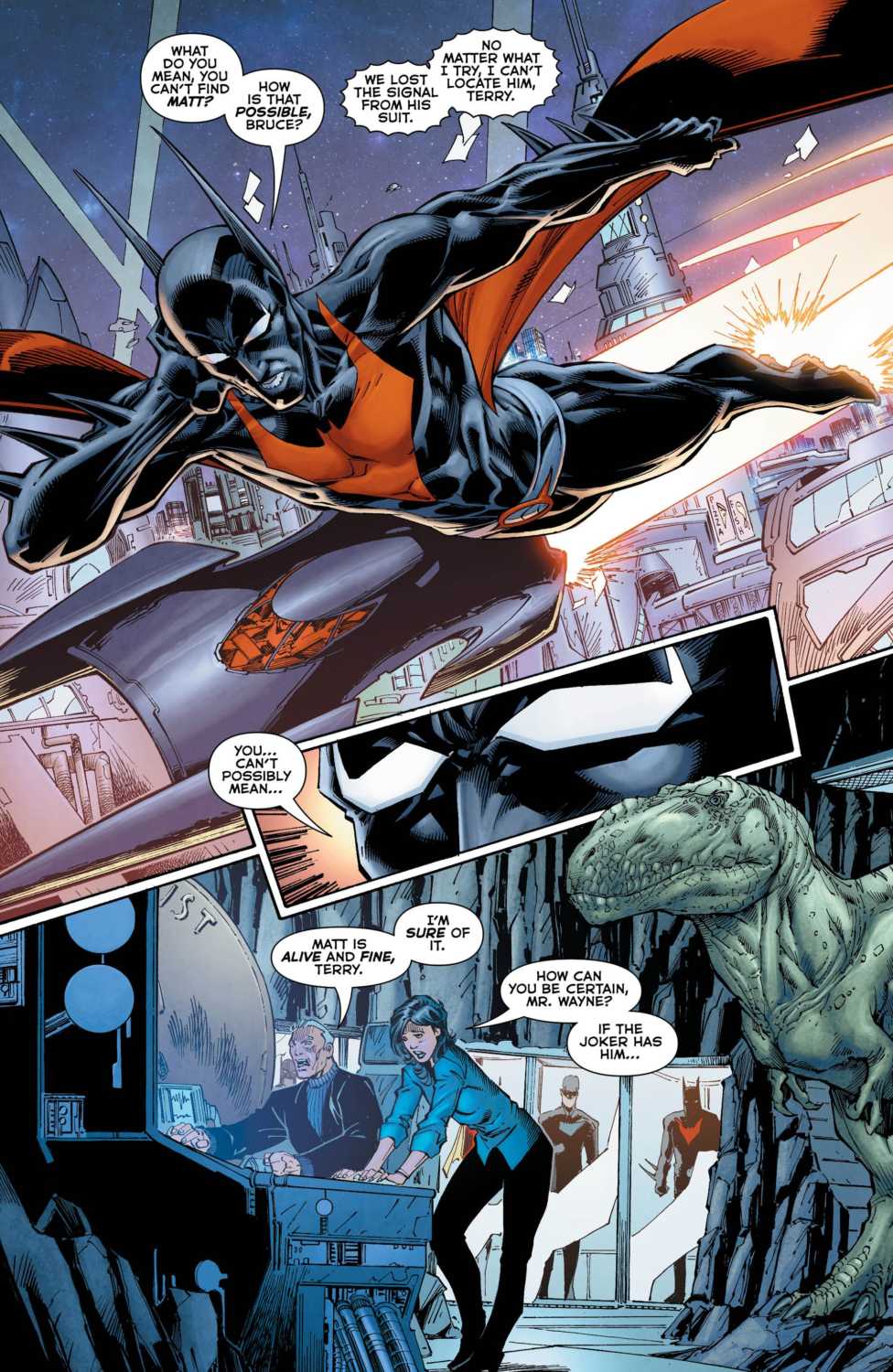 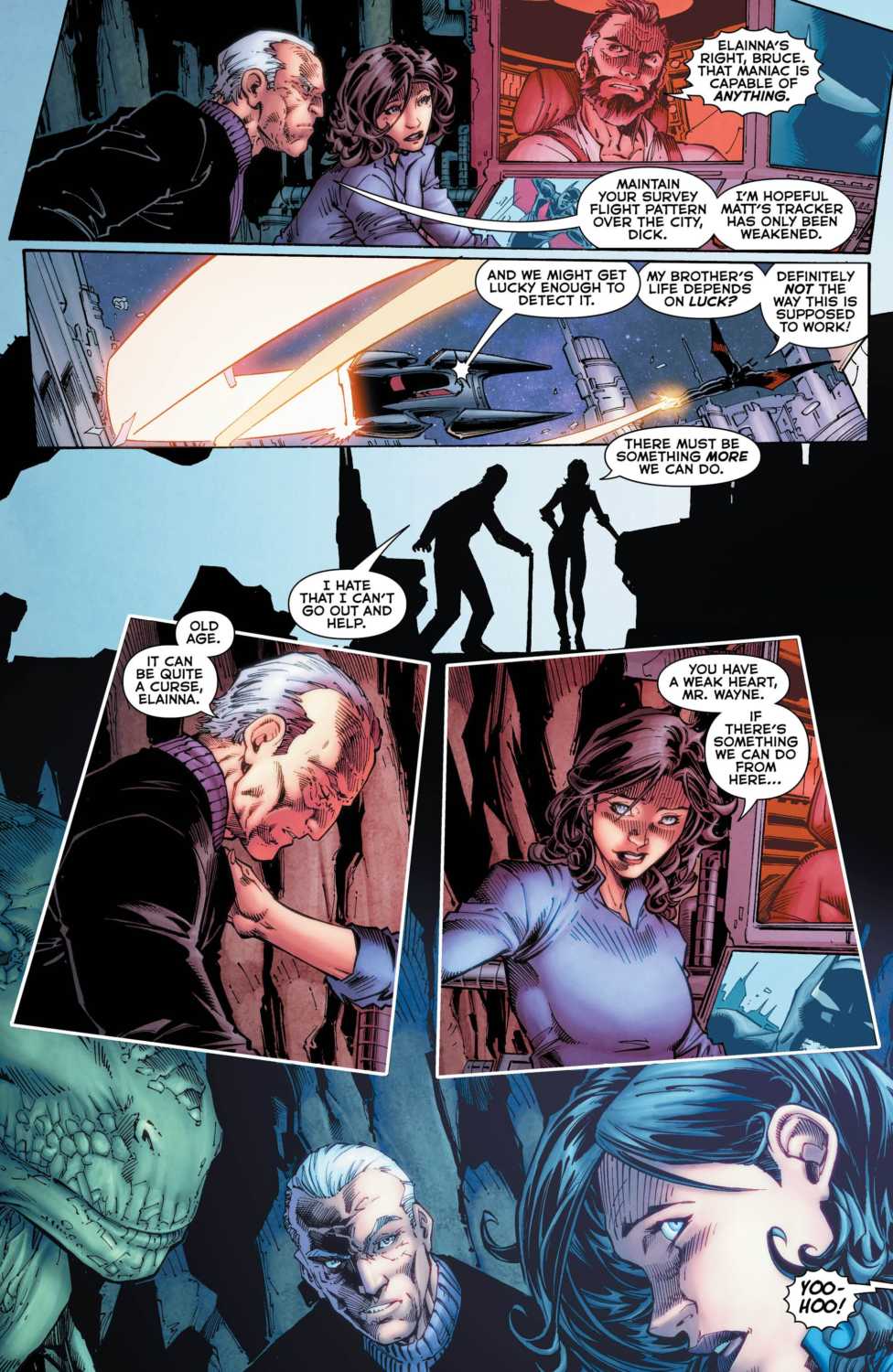 Jurgens’ drama builds as the implications of The Joker’s threats sink in. Readers will be drawn into the fear of such an unthinkable evil presence that just doesn’t seem to die. And in that same breath they will experience the hope each Bat family member embodies as they fight their hardest to save the young Robin.

The issue features Dalhouse’s dark shading mixed with bright hues and creates the perfect juxtaposition between Batman and The Joker, further emphasizing the polar opposite nature of each side. Lantham’s letters add even more distinctiveness through the jagged nature of The Joker’s dialogue, which helps the readers imagine his shifty manner of speaking.

This issue offers a satisfying conclusion to “The Final Joke”. The classic Batman/Joker dynamic has all of its flavor and more, highlighting the best of each character.

Did you think this was a fitting conclusion to the story arc? Let us know in the comments below!

BATMAN BEYOND #29 is a fitting conclusion to The Joker's return. It features the best of the Batman/Joker dynamic that keeps readers coming back for more.Review: History Repeats Itself In BATMAN BEYOND #29