Review: HIDDEN SOCIETY #1 is a Gorgeous Grind of a Read

Writer Rafael Scavone teams up with artist Rafael Albuquerque to create a new world of mystery and magic in “Hidden Society” #1. Albuquerque’s phenomenal direction and detail in conjunction with Marcelo Costas colors make for a comic that that stunning to the eyes. Unfortunately, the experience is severely marred by an overly vague plot and tonally confused dialogue that makes the story itself an obstacle to be overcome rather than a world to be explored.

“Hidden from ordinary eyes, there is a world alongside our own full of deities, demons, and danger–where magic wins out over science and dark secrets lie in wait. Ulloo, the last wizard from the Hidden Society, enlists the aid of a blind girl and her demon, a young magician, and a cursed bounty hunter in order to stop a group of nihilist warlocks from waking the Society’s greatest nemesis: a primeval force that, unchecked, will scorch the planet bare of all life.” 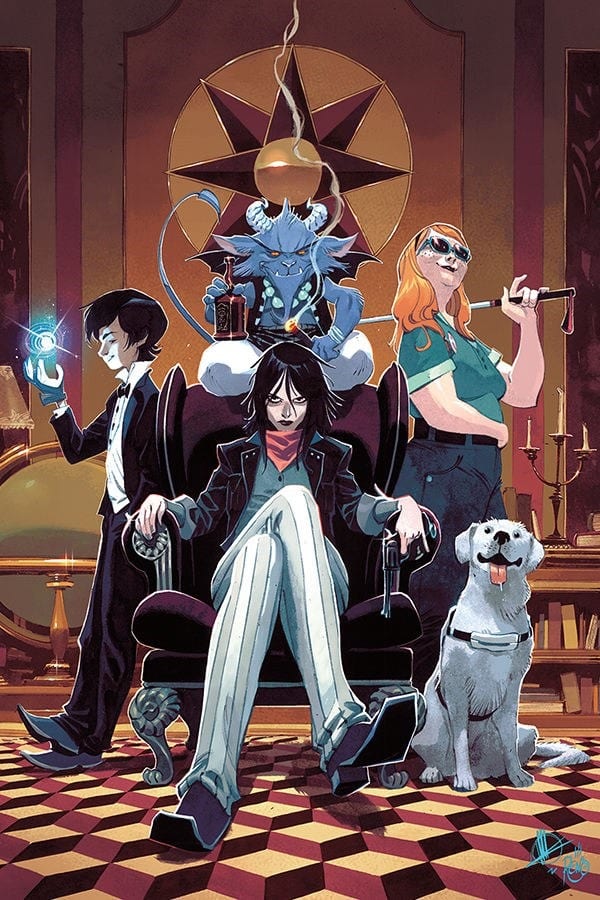 While the core plot of “Hidden Society” #1 is certainly not a unique one in this day and age, the premise can still show promise if guided in an engaging manner. Unfortunately, the storytelling here is jumbled and poorly paced, with no discernable direction towards the central plot. The main story itself is lost in a slew of character introductions that have the potential to be entertaining but are marred by awkward dialogue that makes these characters difficult to relate to. On paper, the different characters ought to be an interesting bunch as well; an outlaw, a blind sorceress and her daemon sidekick, an ancient wizard, and a young boy specializing in hat tricks. Their archetypes are intriguing, but the story itself does nothing for them. This comic is tonally confused as well. The presentation of the dialogue would have a reader think this is a young adult comic, but much of the language and some of the situations would suggest it’s for mature readers. This is a messy comic to read that never seems to get itself really going in the direction it needs to tell a full story. 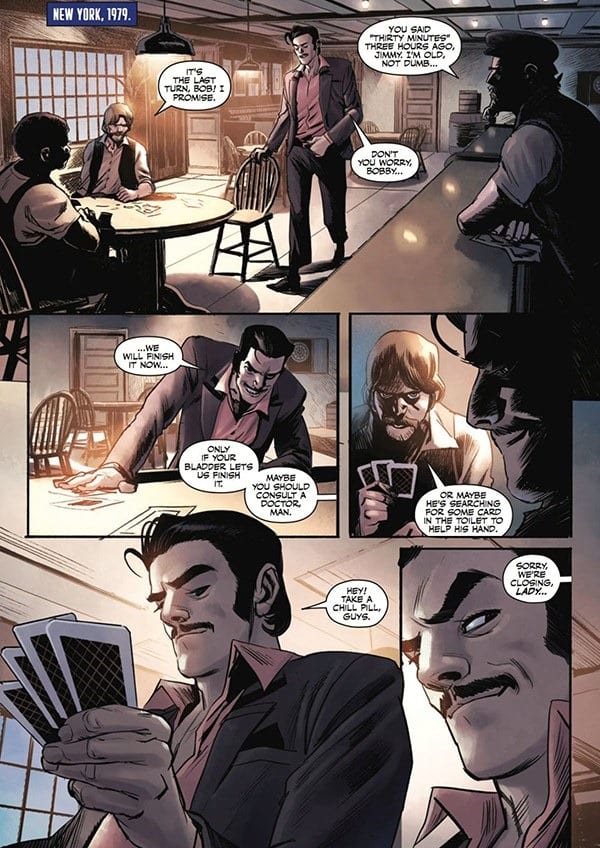 The visual treat of Rafael Albuquerque‘s (“A Study In Emerald”, American Vampire) art in “Hidden Society” #1 is this debut issue’s saving grace. The characters are drawn with a fluid humanity and expression that makes them visibly relatable in ways the writing fails to do so. From the cartoonish nervousness of a young stage magician to the cool sarcasm of a shape-shifting daemon, the character art shines in a variety of detail. The environments are just as varied and convincing within the story’s logic. The extra dimensions brought on by Marcelo Costas’ colors create a comic that is an astonishing feast for the eyes. This is without a doubt one of the most beautifully drawn comics to come out this year so far. 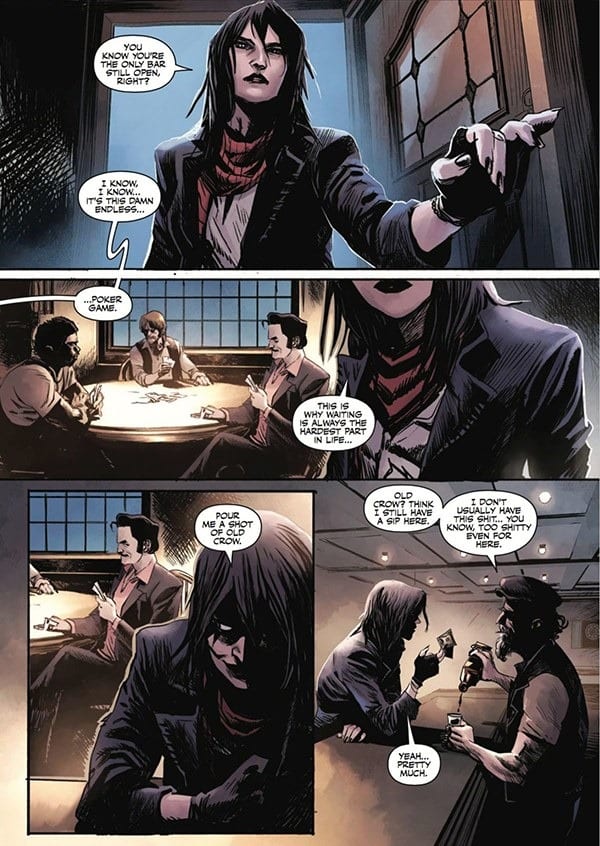 “Hidden Society” #1 is off to a rocky start held up by spectacular work from the art team. The jarring pacing, awkward dialogue and lack of pointed direction makes for a rough beginning to an only four-issue mini-series. Fortunately, the work of Rafael Albuquerque and Marcelo Costas on pencils and colors results in one of the best looking single-issues to come out in 2020 thus far. If you’re confident you can brave the unsteady script and want some of that gorgeous Albuquerque penciling, then grab “Hidden Society” #1 on 2/26!

Review: HIDDEN SOCIETY #1 is a Gorgeous Grind of a ReadA debut issue that's gorgeous to behold, but a bore to read.