Review: GOON #4 – Four Comes After Five, The Goon Says So

Eric Powell continues to tackle real-world current affairs in his own humorous style with Goon #4, out this week from Albatross Funnybooks.

With the release of #4 following #5, Powell keeps you on your toes. Goon #4 takes on American capitalism and politics in typical Goon fashion. Opening with an age-old axiom about teaching a man to fish, “eat the rich” is taken to an entirely new level. 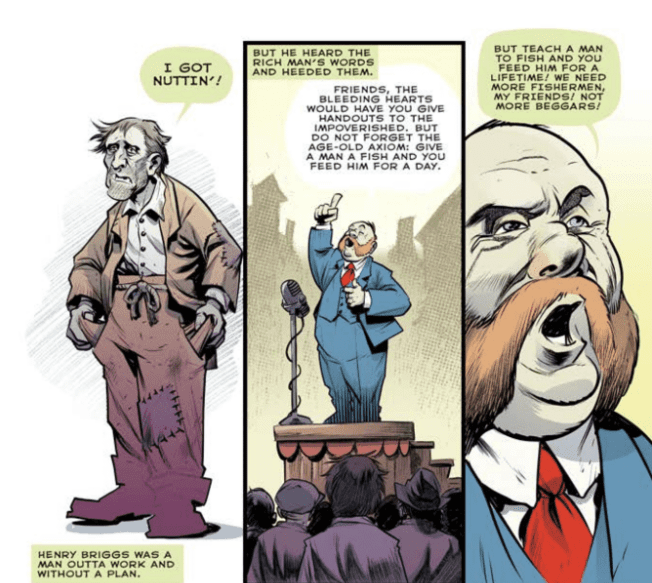 The theme of this issue is manipulation, corruption, and preying on the weak. Find anyone at their lowest point and they can be convinced of many things. Look at the political rallies of today. Politicians stand up on a stage saying anything to incite the crowd into a frenzy. Promising many things they will never even try to accomplish, or are impossible, like eradicating cancer. 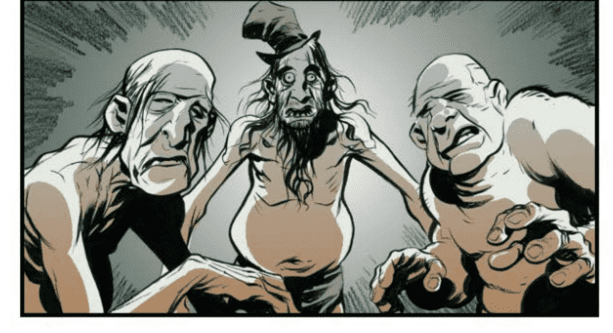 The Goon is what you’d get if you imagine The Onion wrote a horror story. The sarcasm and witty dialogue would make many Onion authors jealous. Poking fun at controversial subjects is walking a tight-rope and Powell is the balance king. Rachel Cohen adds some color to this story that gives pages 1-3 some bright colors typically not seen in this series.

Beginning with a pompous ass politician telling a crowd of people that they need more fishermen not more beggars, the unfortunate soul of Henry Briggs hears the words and becomes inspired. This begins a chain of events that are all too familiar to many of us. Can’t get a job because you don’t have experience, but you can’t get experience because you don’t have a degree, but you can’t get a degree without money. It’s slavery disguised as a free market. 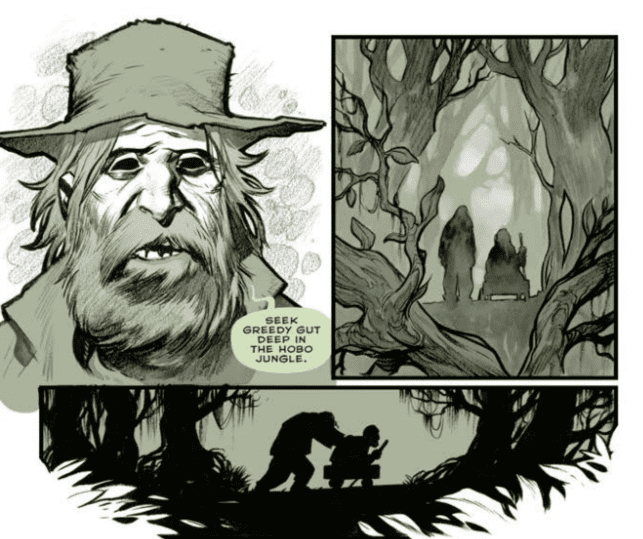 There are unfortunate citizens in this country that are too poor to work. Would you hire a person who has no reliable transportation to work for you? Would you hire someone that can’t shower regularly? These are things many of us are fortunate enough to never have to think about, but is the reality of many, and Goon #4 shines a light on the problem.

In typical corrupt American fashion, the only fishing poles are also owned by Pfefferish, the politician. Pfefferish won’t donate any fishing poles, and complains about being exploited trying to make himself the victim. Whining like we see multiple times a day from just about every politician of the last 20 years. Pfefferish supporters then attack poor Henry after yelling multiple stereotypical insults heard from our favorite red hat hooligans of the last 4 years. 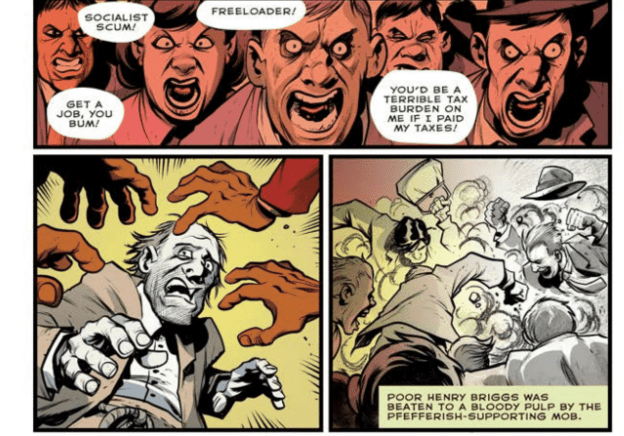 Typically, we’d believe Henry to be the hero of our story, but not the case here. Goon #4 tells a story that any person, beaten down and destitute, can force even the nicest, kindest people to do terrible things just to survive. The weak and mentally-ill are the best recruits for cults and other revenge related activities, as they are usually just looking for anyone at all to care about them.

If you let all the unfortunate events that happen to you rule your life, it will take its toll, and drive you towards anything that feigns positivity. In the case of American politics and religion, you can’t have one without the other, so Powell takes a quick jab at religion as well. The evil hobo god Greedy Gut drowns Henry and his new pal, calling it a baptism, as they are born again in Greedy Gut’s image. 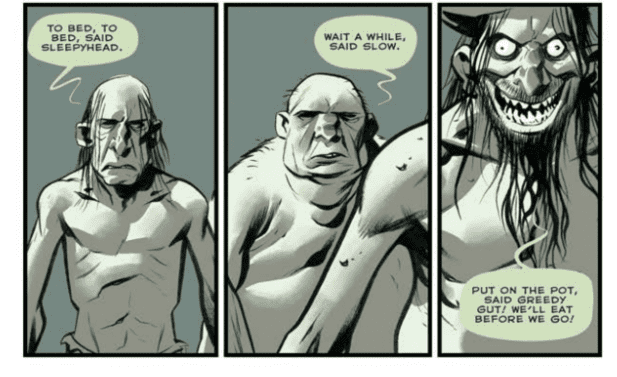 Greedy Gut is hilariously creepy, even in one panel appearing to have three elbows. Eric Powell does great work with this book. Time and time again he addresses problems in our world through the pages of Goon, giving what would normally be a serious subject some much needed humor. The Goon is a hero we all wish we knew. He makes things right. He evens the score and does what we all wish we could do to the assholes in our life.

The Goon is a great dark comedy horror story that reminds me very much of a film with Andy Serkis called The Cottage. Horror comedy is not a huge genre and is very hard to do well, but The Goon and The Cottage do it VERY well. 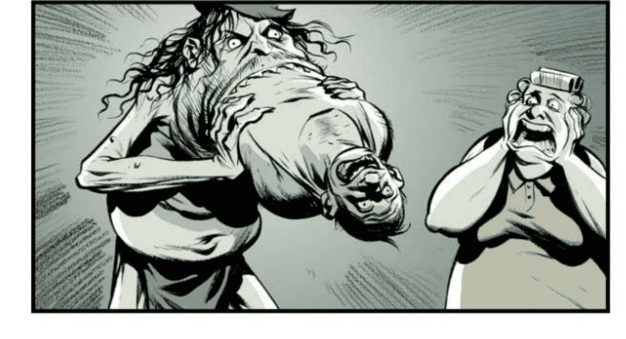 Goon #4 is an outstanding story that takes a light-hearted and hilarious look into current politics and uses a people eating hobo monster to do it. I’ve never read Goon before this relaunch, but I love the hell out of this series and the character. Goon regularly brings a smile to my face and I hope this series does the same for you.

Another hilarious issue from Eric Powell, Goon #4 is a unique satire of current American politics.Review: GOON #4 - Four Comes After Five, The Goon Says So