Review: GOD OF WAR: FALLEN GOD #1 – Can We Run From Our Destiny?

GOD OF WAR: FALLEN GOD #1 hits stores on Wednesday, March 10th, giving fans a look at Kratos’s life between the events of God of War III and God of War (2018). The demigod is more than tired of dealing with the divine powers sitting atop Olympus, opting for a much quieter locale. But readers will find that Kratos must learn an important lesson—Destiny does not meet us on our own terms. And the past we try to escape has a way of catching up with us.

Fresh out of the battles in (detailed in God of War lll), Kratos decides it’s time to bury his past as the “Ghost of Sparta.” His Blades of Chaos serve as the perfect representation of that from which he is fleeing, so he throws them into the ocean. 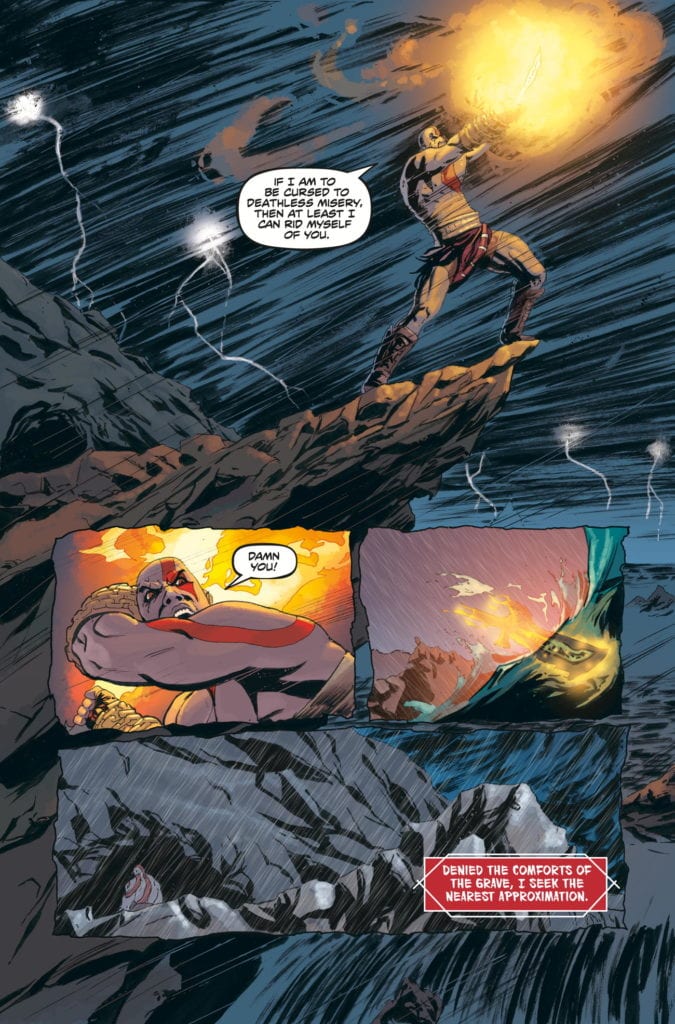 Unfortunately for Kratos, the past isn’t that easy to get rid of. Somehow, the Blades find him. Readers will see that no matter where Kratos runs, his past is there to greet him. 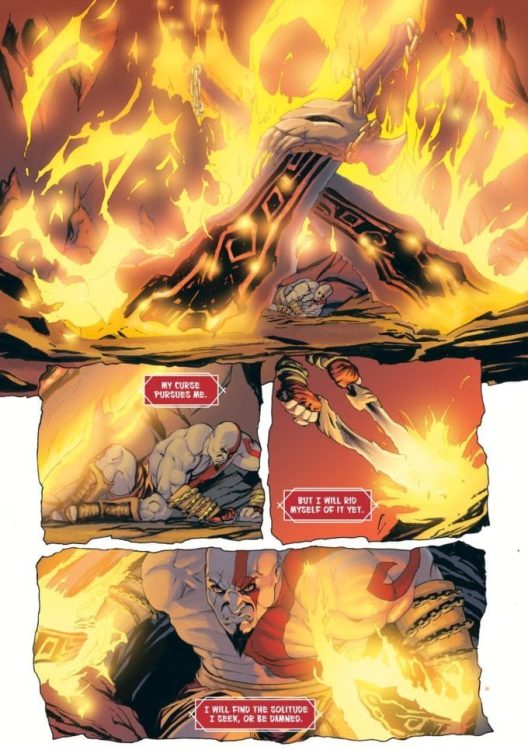 Chris Roberson’s narrative uses the Blades as the perfect metaphor for both the protagonist’s past and destiny. Their chains represent the past that anchors us to the world, while their reach shows how our purpose guides us forward. But the writer adds in one more step to help Kratos along the way; a mysterious guide who leaves the warrior cryptic messages about his future. Where will this all lead?

The illustrations in this issue look as if they’re taken straight out of a God of War video games; the transition of Kratos into this comic book former is seamless. Tony Parker’s penciling and ink work provides highly detailed illustrations of Kratos, showcasing his raging emotions. This is complemented beautifully by Dan Jackson’s coloring, which provides harsh reds and yellows to represent the demigod’s constant rage. And Jimmy Betancourt of Comiccraft’s lettering meshes well with these colors using beautiful red word boxes for Kratos’s inner thoughts.

GOD OF WAR: FALLEN GOD #1 sets up an intriguing new chapter in Kratos’s life. We’re excited to see where this series takes us next.

Who do you think the mysterious figure is? Let us know in the comments below!