The death of Alfred Pennyworth is an event likely to haunt the comics landscape for years to come. For instance, Detective Comics Annual #3, out this week from DC Comics, offers another story centered on the loss of Bruce Wayne’s beloved father figure. This time, though, the focus is less on Bruce’s reaction to Alfred’s death. Instead, the issue centers on the events of Alfred’s life prior the Batman’s birth.

Bruce’s evening takes an unexpected twist when he finds a woman named Marigold Sinclair resting in his chair. Explaining that she was Alfred’s former partner in British Intelligence, Sinclair asks Bruce to help her settle an old score against another former ally who defected to the Soviets. 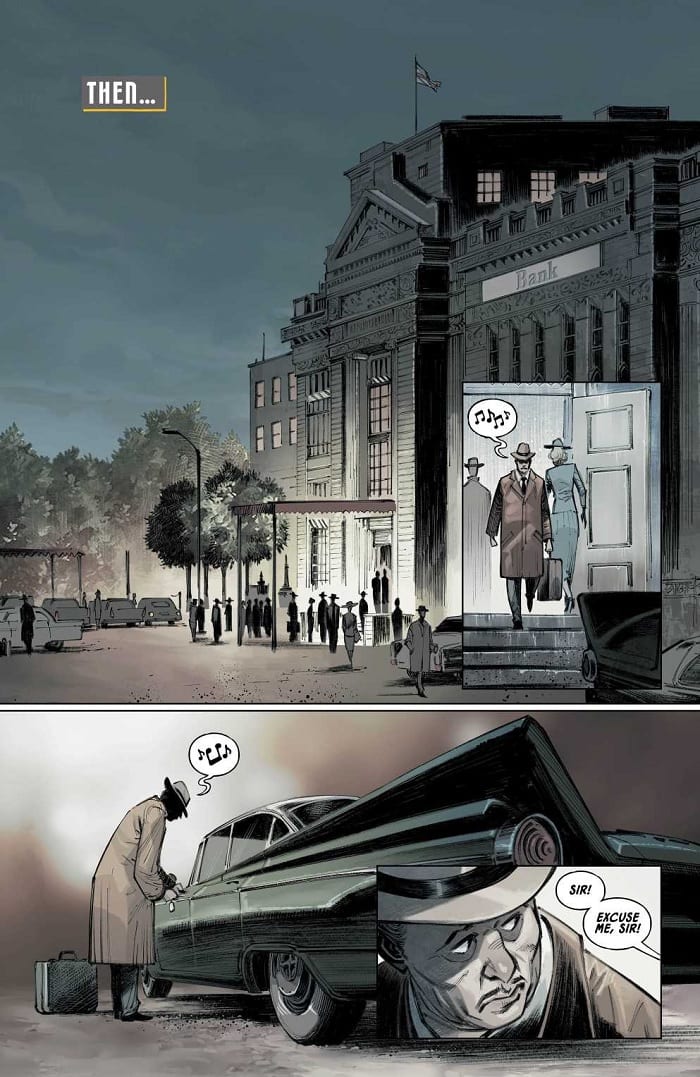 Detective Comics Annual #3 offers two Batman stories. The book’s first tale, Who Dares, Wins, begins with a flashback delving into Alfred’s past as a spy for MI-6. From there, the book jumps to the present. We see Bruce recruited to complete an old mission—a score Alfred never settled—for which Bruce can finally provide resolution and, in the process, perhaps find closure over his own loss.

Who Dares, Wins isn’t a bad read, but it generally feels like the weaker of the two stories. First, I’m not entirely convinced by Marigold’s motivation; why, after all this time, track down a Soviet double-agent, decades after the Cold War’s end? It’s understood that this was a specifically sensitive case for Alfred. However, writer Peter J. Tomasi doesn’t fully connect the dots as to why tracking down this spy is the best means of honoring the man. As a result, the emotional crux simply doesn’t resonate.

The main story in Detective Comics Annual #3 feels flat overall. Batman’s foe doesn’t really provide much of a challenge, and while Tomasi goes for a bit of poignancy at the end, it doesn’t really land because we aren’t very invested in Sinclair’s mission. There’s not much dynamism to the story that can capture the reader’s interest.

The second story, The Week, is a quieter and more pensive narrative. It’s told through the frame of a letter from Alfred to Marigold sent at the beginning of Bruce’s career as Batman. Although it’s a brief vignette, it ultimately feels like the stronger of the two stories in Detective Comics Annual #3.

We see the emotional toll that Bruce’s decision to become Batman takes on Alfred. The story also underscores just how vital to Batman’s operations Alfred is, and always has been. By the story’s end, the reader feels Alfred’s absence in a way that Who Dares, Wins didn’t fully convey. 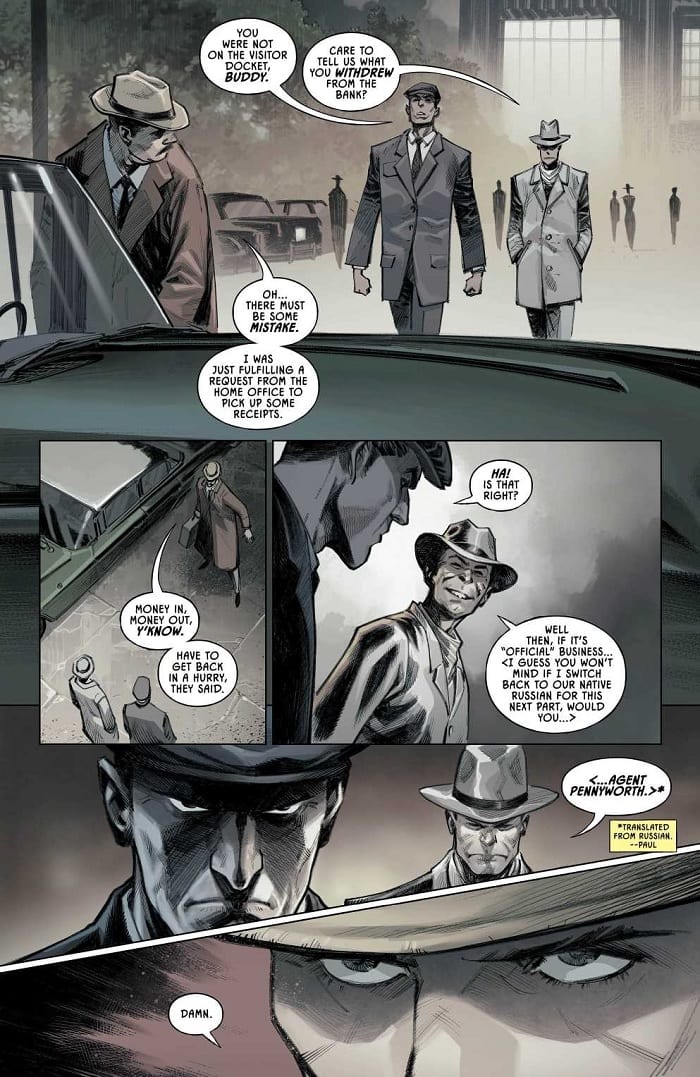 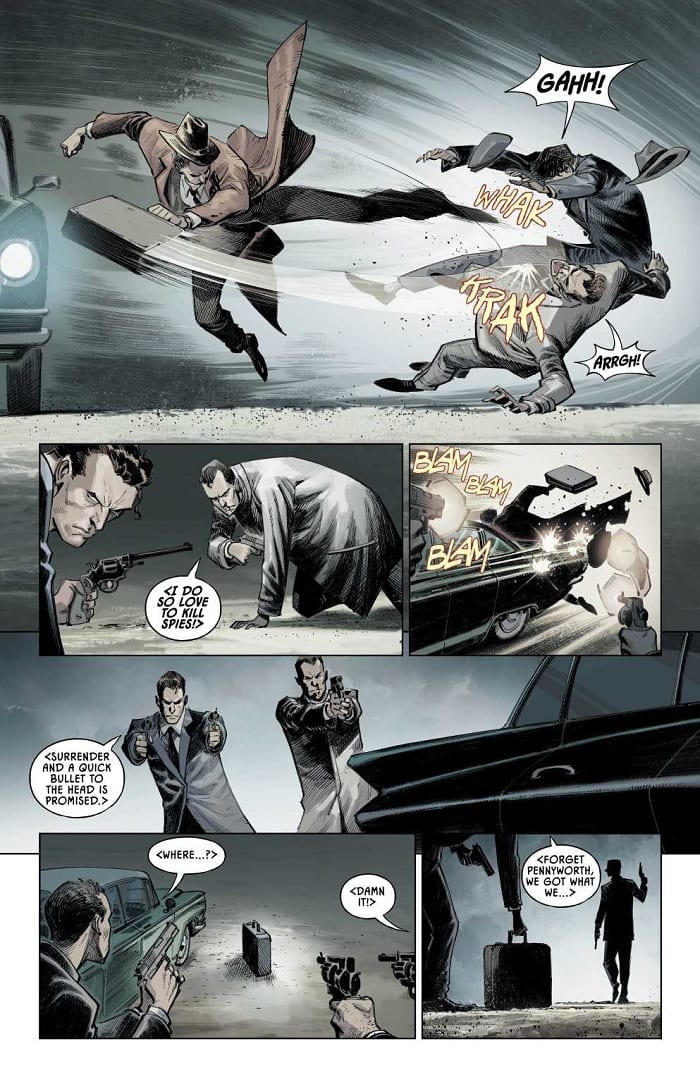 Sumit Kumar provides artwork for Who Dares, Wins. Kumar’s visuals provide a sense of elegance to the work with well-detailed designs and backgrounds fleshing out the world seen in Detective Comics Annual #3.

Kumar’s illustrations accentuate the dynamics of the story, lending it more weight and tension. There’s a cinematic feel to the compositions, with lots of interesting approaches to framing the action. It’s actiony, yet poised and refined, as a good spy thriller should be.

The colors by Romulo Fajardo Jr. complement Kumar’s work well. The artist embraces a diverse range of colors; the tones themselves are varied, but key themes provide cohesion to the book.

Eduardo Risso supplies both inks and colors for The Week, and goes in a completely different direction. Risso embraces a rougher, more stylized, aesthetic; there are points at which it almost resembles traced or rotoscoped animation. It’s an interesting approach, and one that may not appeal to all readers. I, however, find the style rather intriguing and pleasing to the eye.

Risso bathes his pages of Detective Comics Annual #3 in unnatural, almost psychedelic hues. Each page is dominated by a different color: lime, cool greenish-blue, pinkish-purples, etc. Again, while maybe not for every reader, the style works alongside Risso’s illustrations. 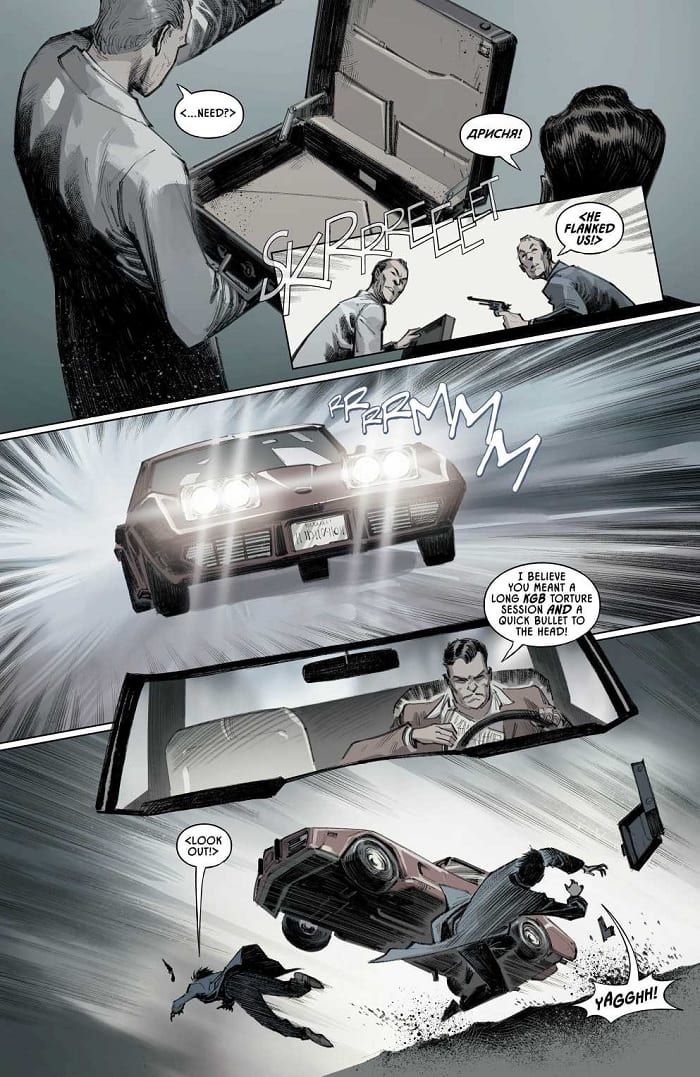 Detective Comics Annual #3 doesn’t quite stick the landing as a tribute to the late Mr. Pennyworth. It’s not a bad read, though, and could be worth picking up if the premise strikes your fancy.

2357
Find out how to get the
Monkeys Fighting Robots magazine!