Review: The Freezes Reunited at Last in DETECTIVE COMICS #1014

What would you do if you suddenly woke up years in the future, having been frozen (against your will, might I add) by the person you trusted most? In Detective Comics #1014, out this week from DC Comics, Nora Fries faces that very scenario.

Mr. Freeze finally achieves his greatest ambition: the resurrection of his wife, Nora. The question: how will she react to her sudden return to the world of the living? And, what consequences will it have for the citizens of Gotham? 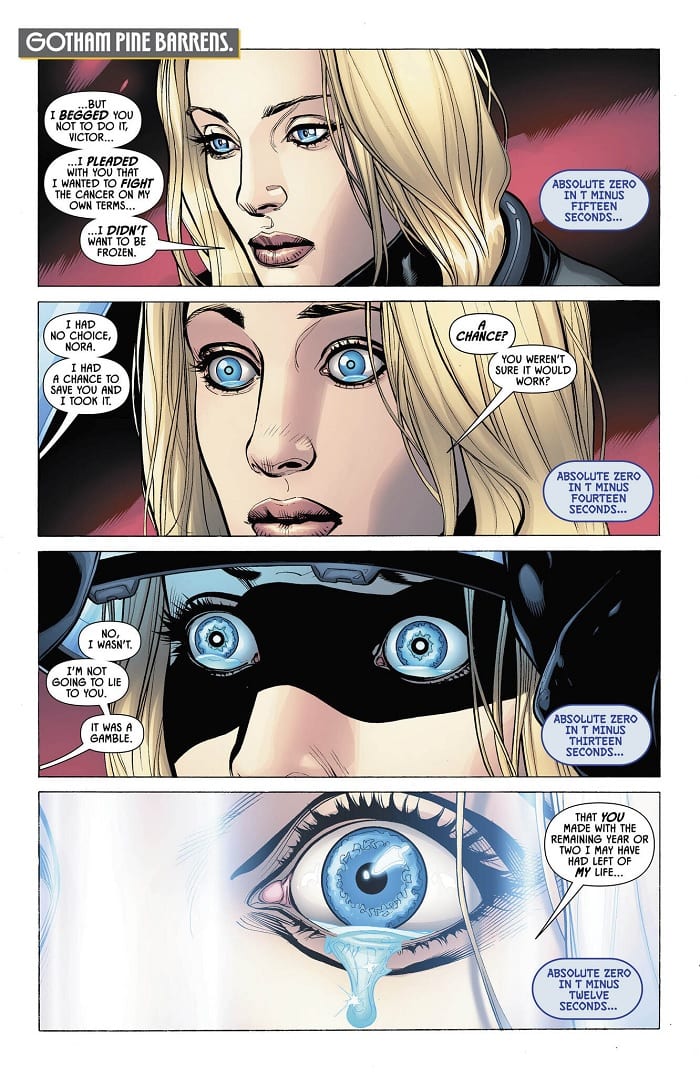 Batman himself doesn’t factor in as much as he would in a typical issue. Instead he, Alfred, and Lucius find themselves in the role of reacting to what is definitely Victor and Nora’s story.

In the first half of Detective Comics #1014, we’re following Freeze and the newly-revived Nora. The latter character’s emotional state is the narrative crux of this issue. We watch as Nora sorts her feelings, working through her sense of betrayal and hurt, while also figuring out what it means to be alive again in her present state.

The book is interesting, presenting an engaging narrative. There’s not as much for readers to sink their teeth into in terms of emotional payoff, though. Nora’s trauma, despite being painted as a primary motivation for her character in the book’s first half, is undermined by a sudden about-face. She seems to get over it very quickly, making it feel rather superficial and derailing the pathos being built behind the character. It might have been better to give this story more room to breathe and to accentuate the human drama by stretching this into multiple issues.

Despite that complaint, the action in the pages of Detective Comics #1014 is still compelling on its own. The reader is curious to see what Freeze will do now that he’s achieved his primary goal. Will he give up crime and runaway somewhere with his beloved? Unlikely, but the question of what Victor and Nora will do next should keep readers engaged until the last page. 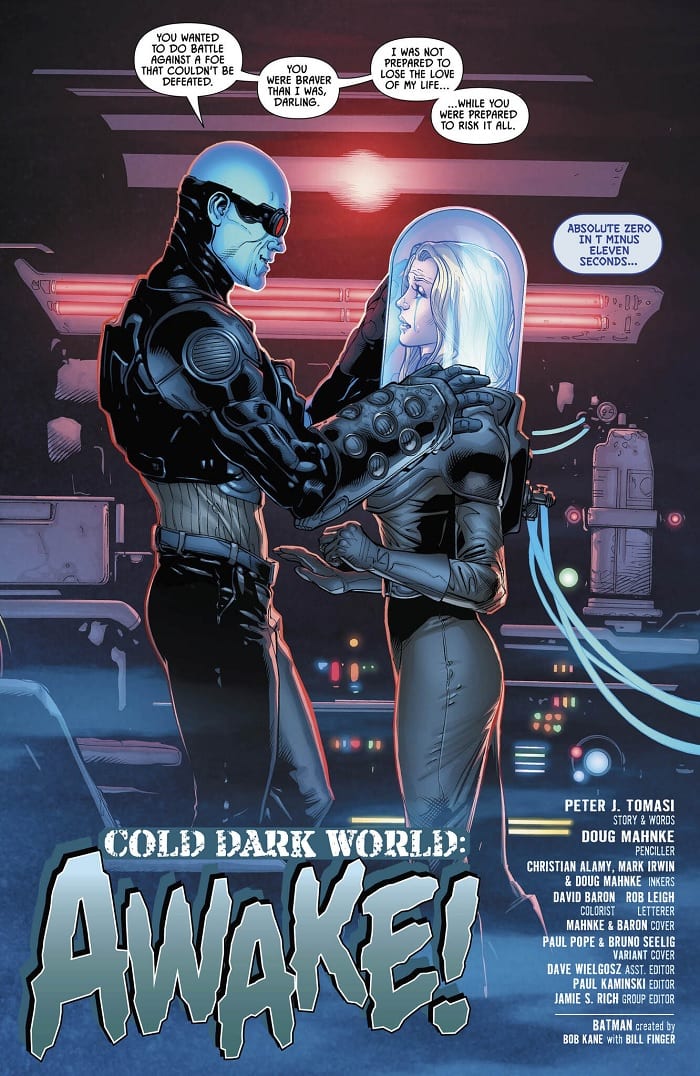 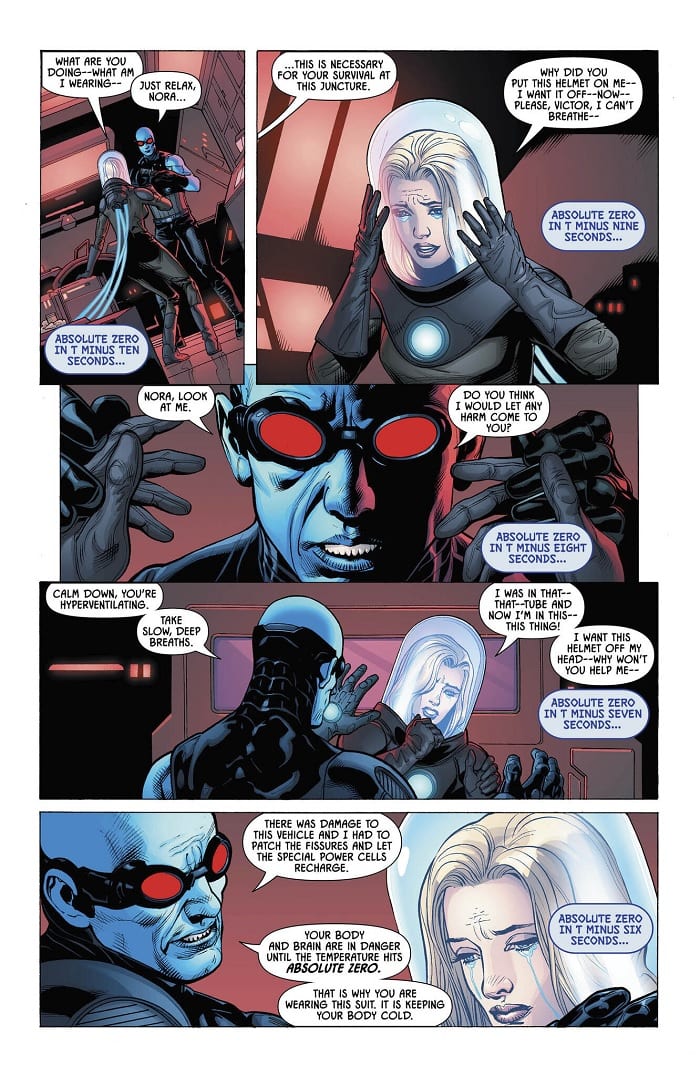 Artist Doug Mahnke’s work on Detective Comics continues to be one of the series’ most consistent strongpoints. He very effectively conveys the right level of emotionality, pain, and hurt in the face of characters to reflect the emotional pitch of the moment. There are panels and pages herein that feel like they could be pulled out of the book and hung on one’s wall.

At the same time, Mahnke doesn’t lose sight of the importance of conveying narrative momentum. Throughout Detective Comics #1014, the artist delivers some excellent sequential storytelling, maintaining a consistent tone and aesthetic throughout and propelling the reader forward.

It’s the subtle notes here that make the work shine. The reflection of a figure in Freeze’s goggles, the weary expression on Bruce’s face…these elements really bring the book to life. There are touches of the macabre sprinkled throughout the book, too, making it a nice seasonal read in the lead-up to Halloween.

Detective Comics #1014 features the coloring talents of David Baron who, as always, brings a palette that is suitably cartoonish, while still eerie and just a little bit sinister. Baron has a great eye for selecting the right colors to match the emotional and thematic tones of the narrative. 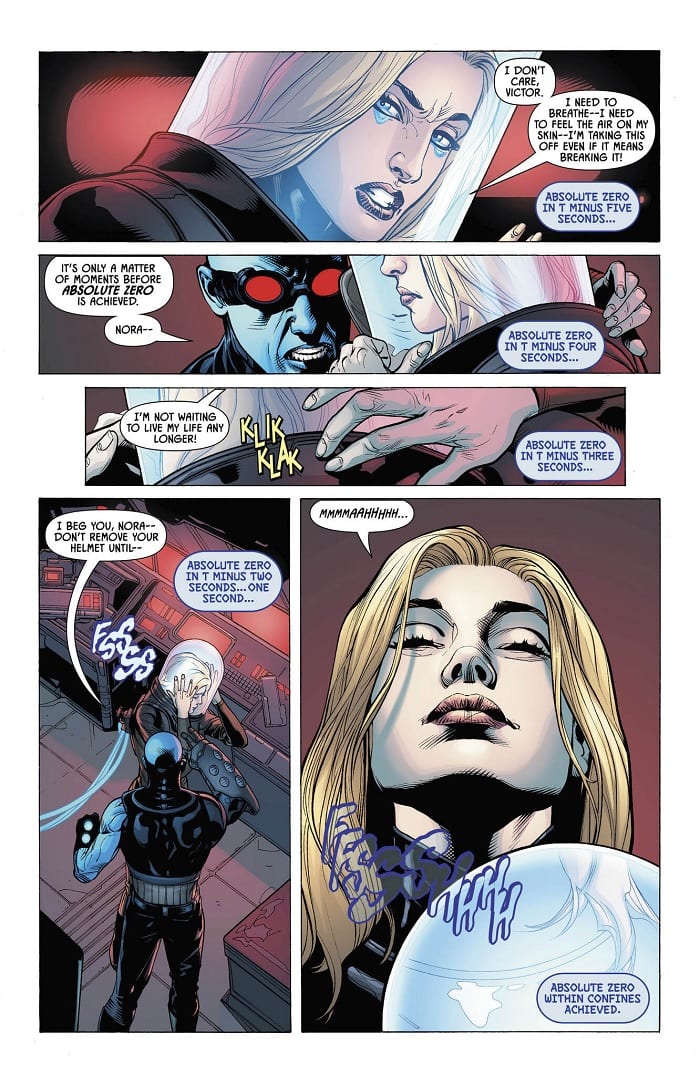 Detective Comics #1014 is another strong chapter in the ongoing Year of the Villain event. While it could have used a little more narrative development, what Tomasi, Mahnke, and Baron give us here is plenty strong enough to bring readers back for the next issue.