Detective Comics #1008 takes place against the backdrop of DC’s Year of the Villain event. While the last few pages have some tie-in material, most of the issue is dedicated to classic clown antics.

The Joker is back in town, taking over—where else—the local theme park. He holds the park’s attendees hostage with Joker Venom, forcing Batman to play along with his carnival charade until Bats can find a way to stop his reign of terror.

Detective Comics #1008 opens with a familiar premise. The Joker gets back to basics, launching a seemingly-meaningless stunt to goad Batman into reacting. The first half consists mainly of Joker menacing his hostages; Bruce doesn’t hit the scene until near the book’s midpoint. It’s nothing we haven’t seen before, but it’s presented well enough to make it decently engaging.

The interactions between Batman and The Joker are the focal point of the book. Much of the story’s middle section, probably it’s most interesting, show the pair simply taking in the fair together. They work off one another in a straight man / funny man routine, actually producing some decent humor. This is, to be honest, the book’s most interesting element.

We don’t really know too much about Joker’s plan in Detective Comics #1008. We see that his hostages are under threat from Joker Venom, and presumably they can’t simply remove the devices that deliver the toxin. The setup for the punch line isn’t really established, though, as Joker alludes to some vague unspecified doom on the horizon (an allusion to Year of the Villain). The whole situation is largely a contrivance to get Batman and Joker together for the purposes of comedy. It’s not as much of a problem as it sounds, though. As mentioned, the plan isn’t the book’s point; it’s the interactions between The Joker and Bats that sell the work.

From a writing standpoint, it’s not the most interesting or substantial work in Tomasi’s run thus far. That said it’s an enjoyable read, presenting a simple, close-ended story in a single issue. Classic fare for what is, at its core, an episodic detective story. 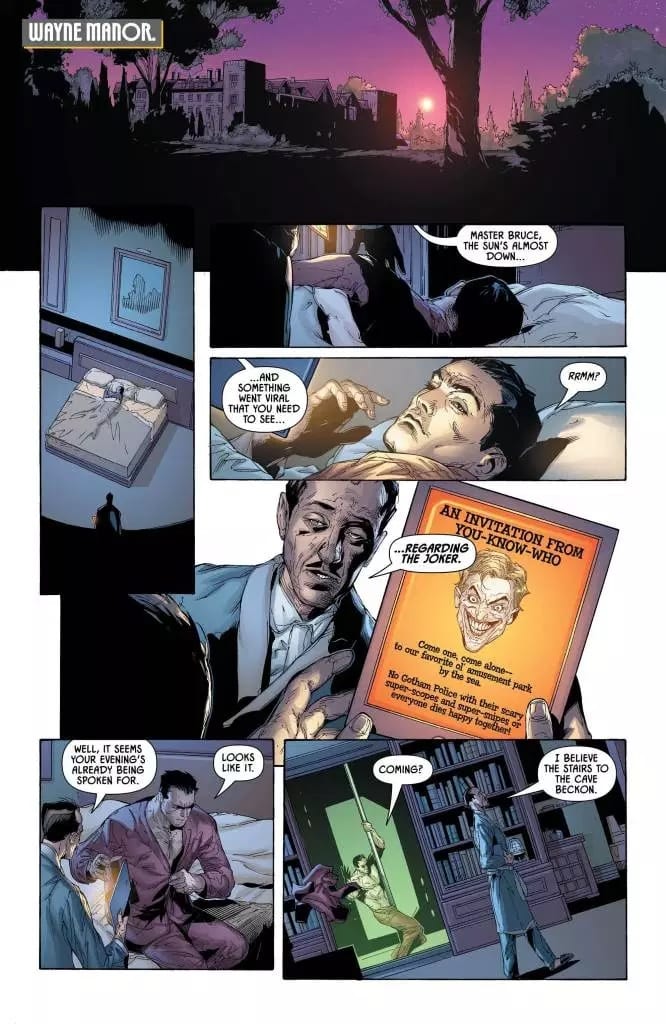 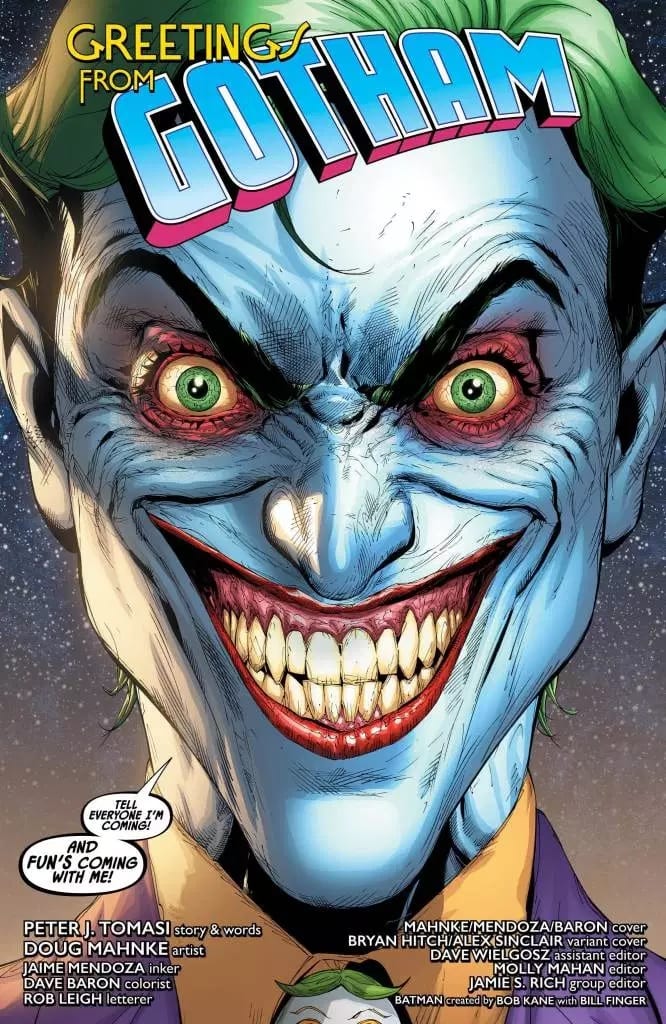 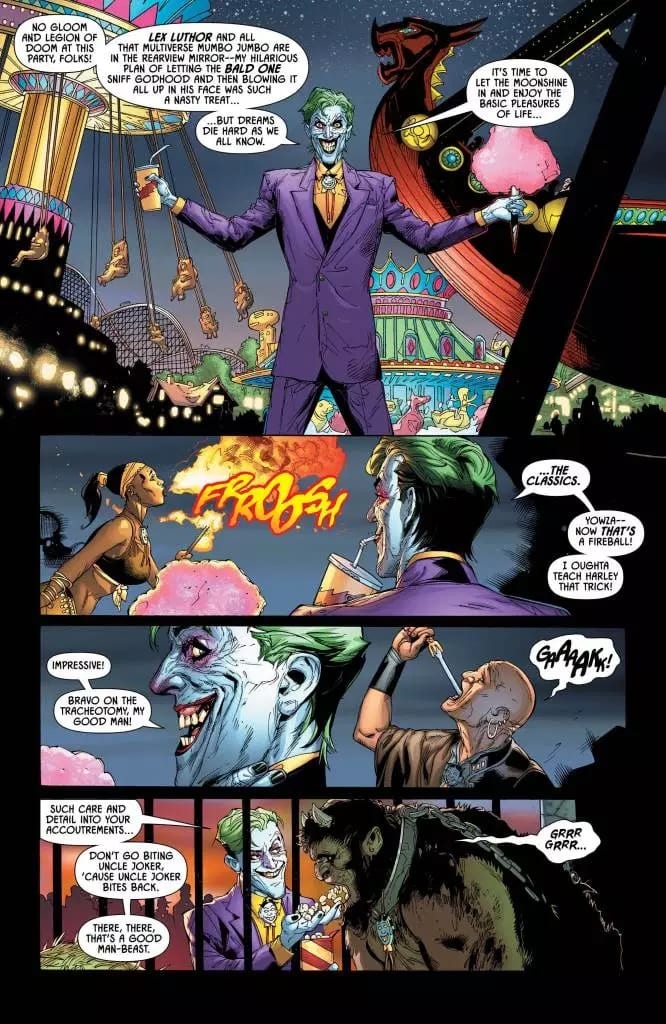 Doug Mahnke’s on art detail for Detective Comics #1008. His scratchy style gives the book an interesting look, providing some added grit to the visuals.

The facial expressions are a standout point in the art department, especially with The Joker. Mahnke seems to take special glee in drawing the manic, stretched, and lined face of the character, and it comes across in the unsettling, ever-sinister clown’s eyes and smile. This vision of the Clown Prince of Crime is really a visual treat.

The pages are broken up without much consistency in layout in Detective Comics #1008. There is also a lot of contrast in where the reader’s eye lands from one panel to the next. That said, the artist still manages to present a consistent final product with good flow that hits the story beats.

There are lots of vibrant colors courtesy of David Baron. The artist manages to inject subtle hints of shadow and darker textures into the mix, though, despite the garish tones that the carnival setting calls for. The colors are true to the story, but also help sell the subtle menace behind the Joker’s actions. It’s great work, all things considered.

Most of Detective Comics #1008 doesn’t seem very significant in a broader narrative context. That said, it’s an enjoyable one-and-done story. It might qualify as filler, but at least it’s good filler. Find it this week at your local comic shop.