Batman’s showdown with the Arkham Knight comes to a climax in Detective Comics #1005. Bruce and Damian race to the Gotham Observatory, hoping to stop Astrid before she pulls the trigger on her plan. But, as we learned in our last issue, her drive to liberate Gotham from what she perceives as Batman’s reign of terror is not just misguided altruism. It’s a personal vendetta, and she won’t be stopped so easily.

One of the strongest points in favor of Detective Comics #1005 is the tense and suspenseful writing. Tomasi keeps the reader locked in a minute-by-minute, continuous sequence. We never break away to an aside or secondary plot line, instead remaining engaged with the action throughout. The result is a thoroughly engaging and entertaining showdown.

The issue’s key weakness though, is the reasoning behind Astrid’s plan. Without spoilers, suffice to say that once the entire premise is revealed, it feels undeniably contrived and irrational. She conflates metaphorical meanings of light and darkness with literal light and darkness; metaphorical blindness becomes literal blindness. There’s a lapse in logic between her motivation and her (rather silly) plan. This detracts from what was, until now, a pretty stellar story arc.

Ultimately, there is more within the pages of Detective Comics #1005 that works than that doesn’t. As the issue’s epilogue reveals, the Arkham Knight’s crusade is far from over. So, while this may not have been the best culmination to the character’s grand introduction, it suggests we’ll see Astrid again as a member of the Rogues’ Gallery. 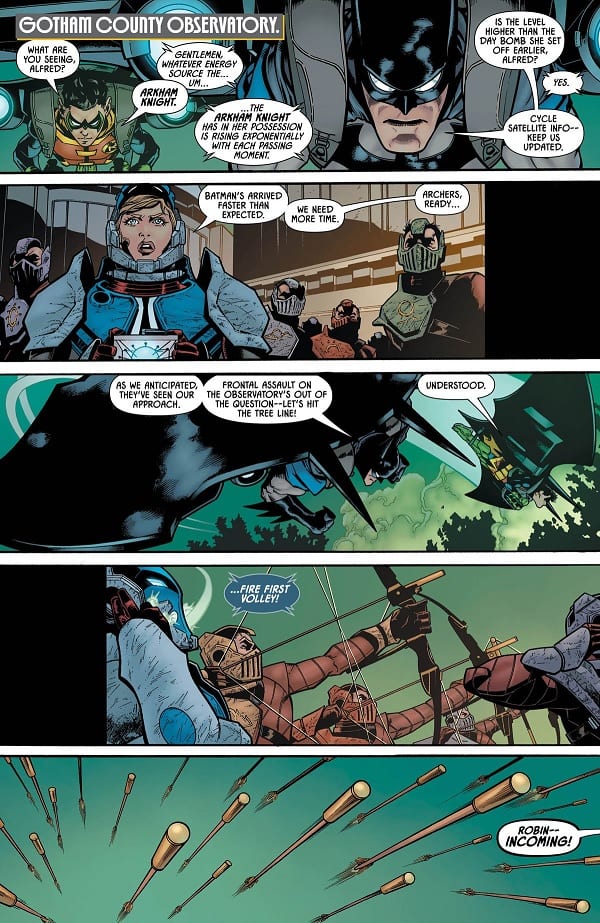 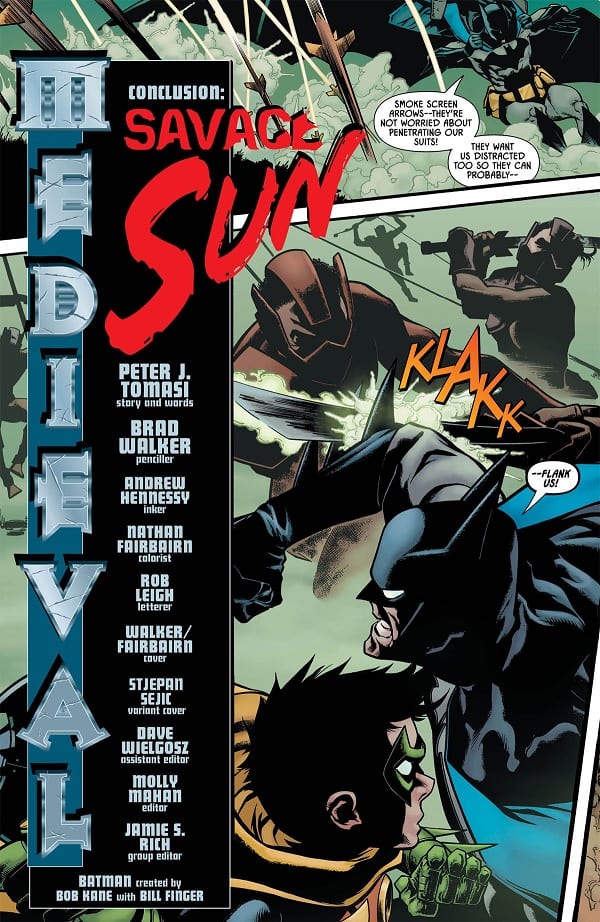 As expected, Bradley Walker does a quality job with the artwork. He never gets too fancy, preferring to keep the viewer grounded in the action. However, there’s nothing wrong with a meat-and-potatoes approach, especially with an action-packed issue like Detective Comics #1005.

The visuals are easy to follow and possess plenty of life and kinetic energy from cover to cover. The final showdown between Batman and the Arkham Knight feels suitably epic to close out a conflict that’s built up over the last several issues.

As always, Nathan Fairbairn’s colors are on-point here, too. You feel a suitable degree of darkness, then see it suddenly give way to a convincingly blinding lightshow.

Although details of Astrid’s plan leaves a bit to be desired, the rest of Detective Comics #1005 is a winner. It’s got action and tension propelling the narrative, with excellent artwork bringing it to life. Still worth picking up.