Death’s Head and crew are still trapped and fighting it out with Dr. Necker in Death’s Head #4, out this week from Marvel Comics. And, although it may be a little unbalanced, the book manages to tie the story together with a satisfying conclusion. 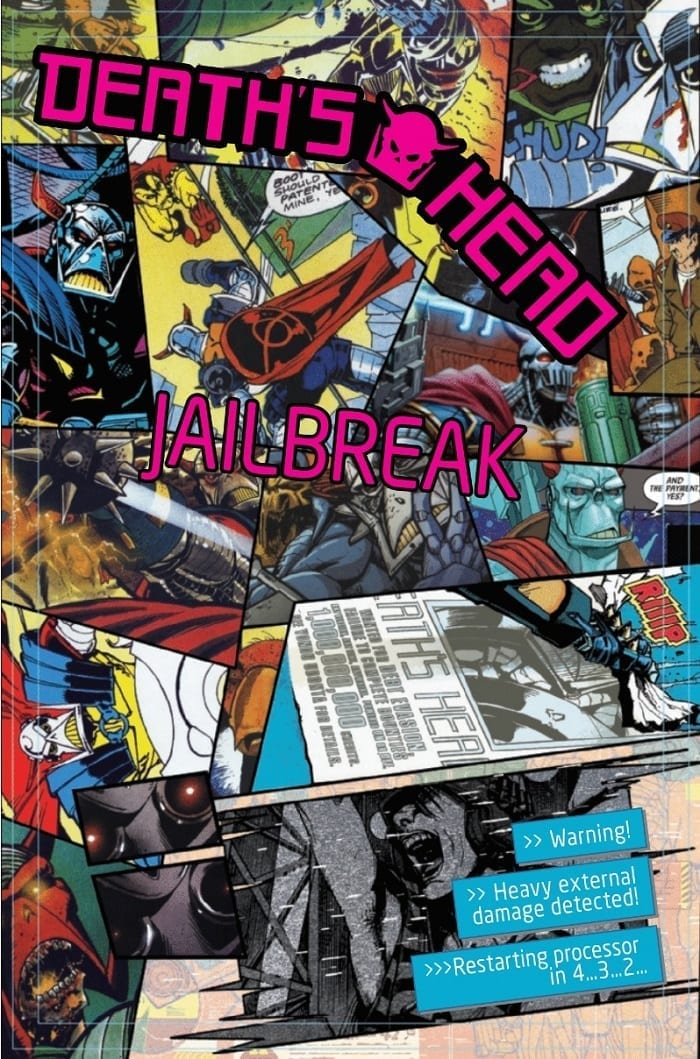 In earlier issues, the individual characters’ conflicts felt rather disjointed. With Death’s Head #4, though, the dots finally connect, giving each member of the main cast a defined arc. Whether it’s overcoming fear of obsolescence, commitment, or a lack of self, the characters all get the chance to grow and develop by the end of the book.

For Death’s Head, the challenge is to overcome the objectification forced upon him. To Necker, all versions of Death’s Head are an object to be possessed. As she says “That’s the one good thing about these older models—sometimes banging on them makes them work better,” clearly conveying how she sees the character: as a tool to be manipulated. Both Death’s Head and Vee need to assert their—for lack of a better term—humanity, rebelling against their condition. It’s a novel approach to a character who, generally speaking, tends toward the brutish and flat in portrayal.

The human characters are developed as well, giving Hulkling and Wiccan a sense of genuine purpose. Hawkeye is the exception here; while Kate Bishop is always a welcome addition, she really doesn’t contribute much to the narrative, nor do we see her grow or learn anything.

But, while characterization is a strongpoint of Death’s Head #4, the narrative can be a bit hit-or-miss. Tini Howard’s writing throughout the series is fairly impressive. However, the author seems to put more weight on some facets of the story than others, leading to issues in pacing. As a result, some parts feel overdone, while other elements are hand-waived away.

The book’s climax, for example, is not totally satisfying; after all the running and fighting in the last half of the series, the final confrontation feels like a bit of a nonevent. It’s not enough to overshadow the book’s strengths, but it can make the reader feel that some core components of the narrative were effectively afterthoughts. 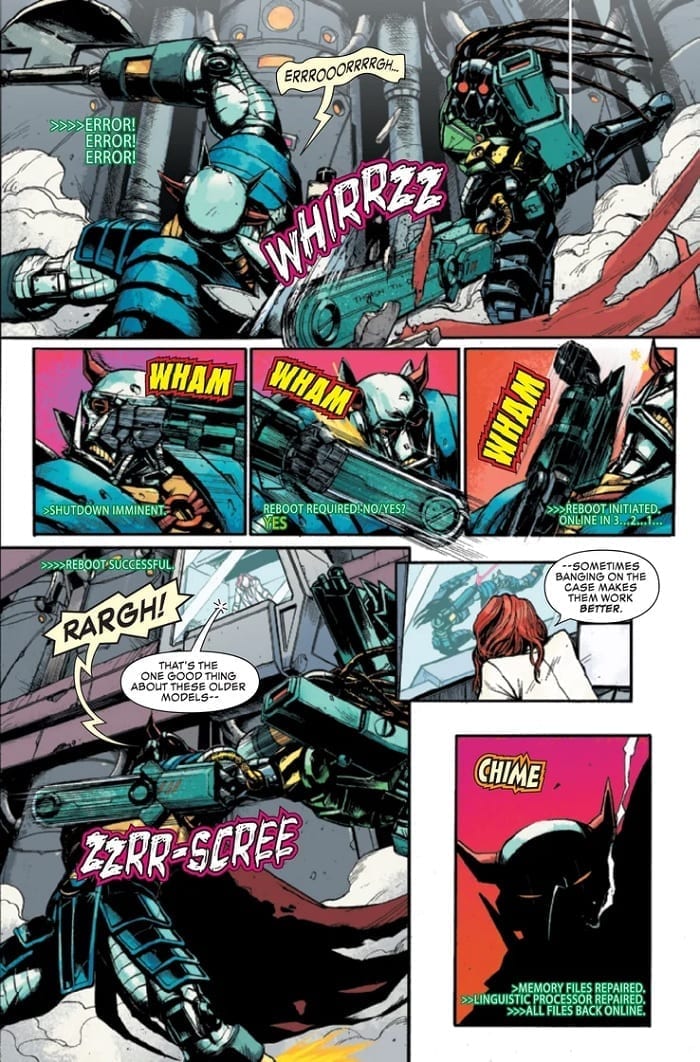 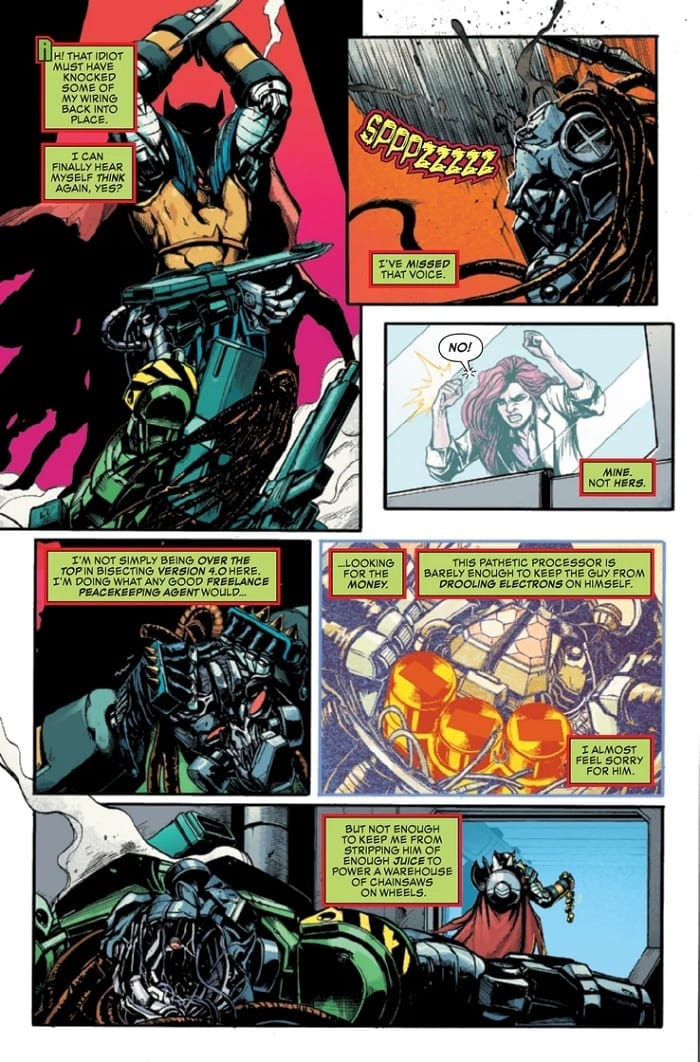 Artist Kei Zama’s work in Death’s Head #4 pays homage to the edgy, nineties-style look of earlier Death’s Head comics, while still managing to make the book feel unique and wholly her own. It’s richly-stylized and detailed, feeling like a cross-pollination of vintage and modern aesthetics. We have the heavier lines and more angular designs, paired with a contemporary eye for composition, giving us some of the best of both worlds.

The art flows nicely, maintaining a cohesive feel. Each image hits the story beats well and preserves a sense of kinetic energy from panel to panel.

The only real complaint is that there are times throughout the book at which it can be difficult to make out what’s on the page. Through all the chrome and shadows in Death’s Head #4, figures can sometimes blend or be engulfed by too much darkness. This can make it hard to decipher what the artist is trying to convey at some moments.

The colors by artist Felipe Sobreiro are impressive as well. Despite employing a wide range of tones, he manages to keep everything coherent and cohesive. 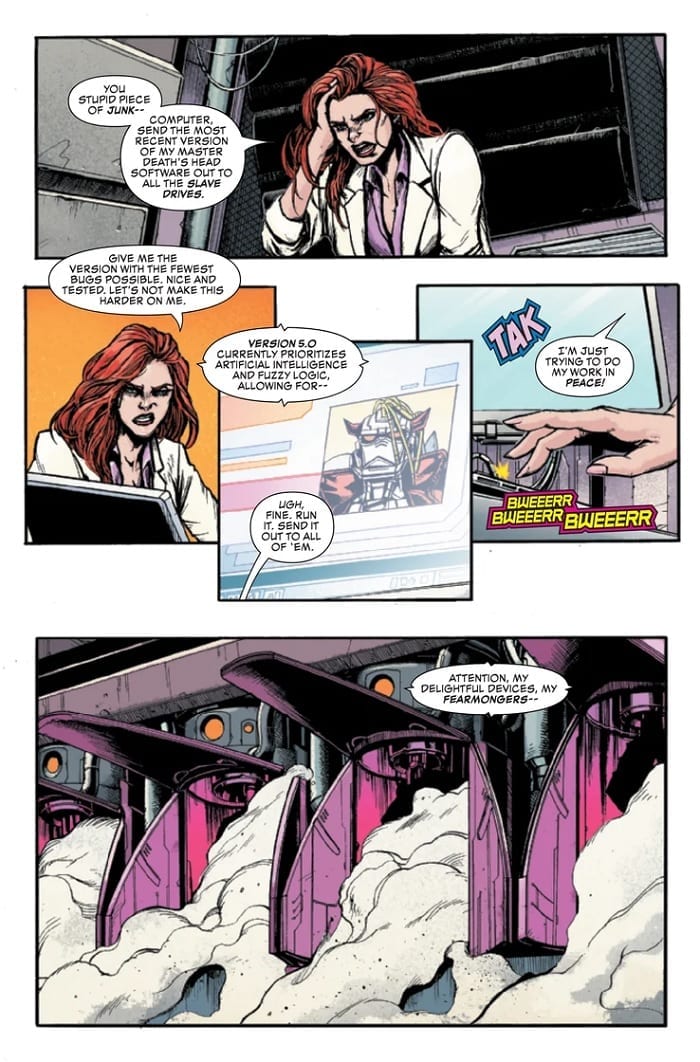 Death’s Head #4 is a respectable ending to a solid four-part story. While the book might have benefited from the space afforded by a couple more issues, it’s worth checking out.

While not perfect, DEATH'S HEAD #4 wraps up the story nicely. All of the main characters have a complete arc and develop as complex figures. It's well-worth a read.Review: A New Marvel Team Emerges in DEATH'S HEAD #4