Review: DEADPOOL #9 Shows Us Why Wade Wilson Is Master Of Pain

DEADPOOL #9 hits stores on Wednesday, December 16th, featuring the Merc with a Mouth and Elsa Bloodstone in their final battle with the Queen of the bone beasts. Last issue saw the two (and Jeff the shark, of course) travel to the monster’s dimension. Deadpool found a number of children held hostage, and sought to save them while also searching for a cure to Elsa’s Bloodgem curse. This unfortunately required our hero to take the gem into his body, effectively cursing himself. Fortunately, curses occasionally come with gifts. 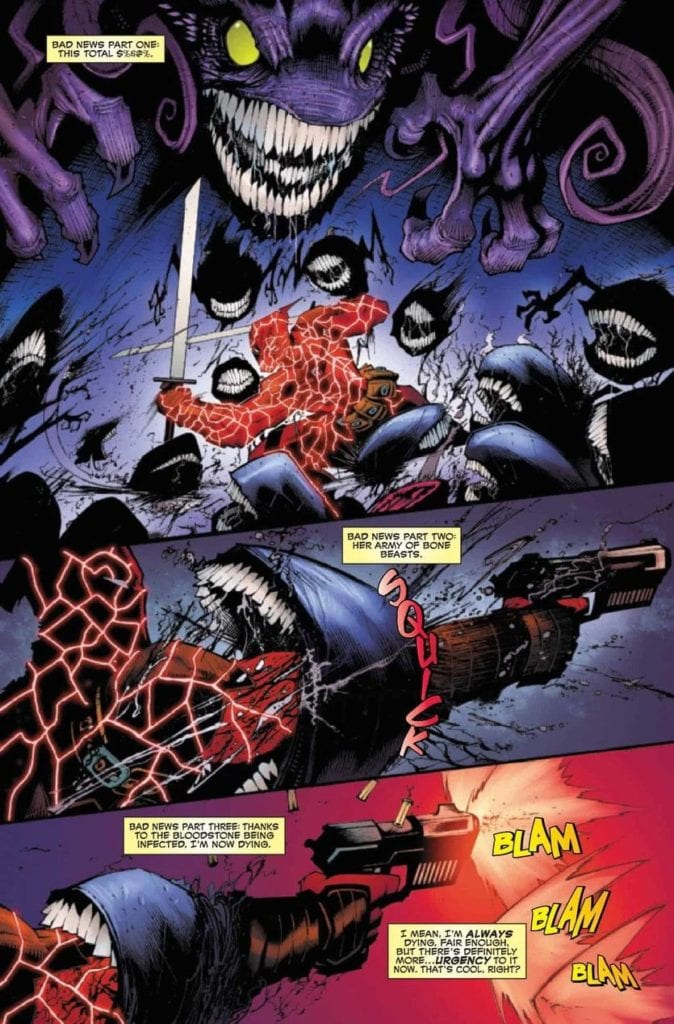 Despite Elsa’s shocking betrayal last issue, Deadpool finds the motivation in himself to use the new powers of the Bloodgem infection to protect her from the Queen.

Seeing Deadpool take in the pain of Elsa’s dishonesty, plus the literal demonic forces of the bone beasts, reminds us of why we love his character. He knows pain, but his ego, and perhaps a hint of goodness, lead him to carry on the fight.

Kelly Thompson’s writing is some of the best we’ve seen yet in this Deadpool run. From the sexual innuendos and gory jokes to his inspiring stand against the Queen, readers will fall in love with his character all over again. 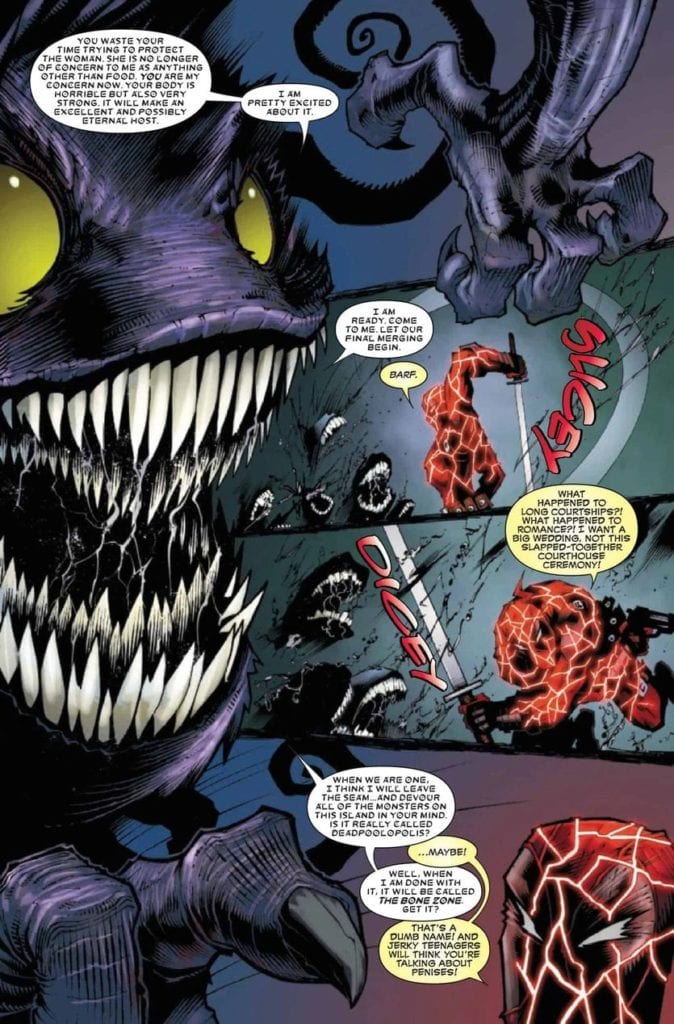 Gerardo Sandoval’s penciling and Victor Nava’s ink work created an epic landscape for our heroes to duke it out with the Queen. The bone beast dimension is full of swirling spirals of dark shades, courtesy of colorist Chris Sotomayor. We also loved how VC’s Joe Sabino’s lettering was able to clearly differentiate Deadpool’s own thoughts, the Queen’s thoughts in his mind, and each character’s spoken words.

DEADPOOL #9 is the climactic story fans of the series have been waiting for in this arc. The thrilling dialogue and action will keep readers on the edge of their seats right into the next installment.

What other power-ups do you think Deadpool could gain in this series? Let us know in the comments below!

DEADPOOL #9 is the climactic story fans of the series have been waiting for in this arc.Review: DEADPOOL #9 Shows Us Why Wade Wilson Is Master Of Pain