DARK ARK #15 picks up after shortly after the mysterious Hunter attack on the Dark Ark and the kidnapping of many of its occupants, including Shrae. While this was happening Khalee came into contact with a dark force hidden away in her father’s chambers. But is this force friend or foe? And who are the Hunters? Cullen Bunn answers these questions and more in this mind-blowing issue.

With Shrae held captive by the Hunters, Khalee decides it’s her responsibly to defeat them with her newfound abilities. What the other family members don’t know, however, is that an unknown being is calling the shots.

After interrogating a Hunter, the group learns the mysterious beings are actually Fallen Angels. They were cast down from Heaven by God and have since been gathering remnants of sin/evil in case the opportunity arises to make the world anew. They also sense the dark force within Khalee and bid her to lead their group, but her masters seem to have other plans for the Fallen.

Cullen Bunn masterfully weaves together a narrative that raises just as many questions as it answers. One is grasped by the enormity of Khalee’s decision to host the demonic force as well as its implications for those closest to her. Will we see a more sinister force awaken within her after unleashing her powers against the Fallen? And how will this new role affect her relationship with Shrae and the others? 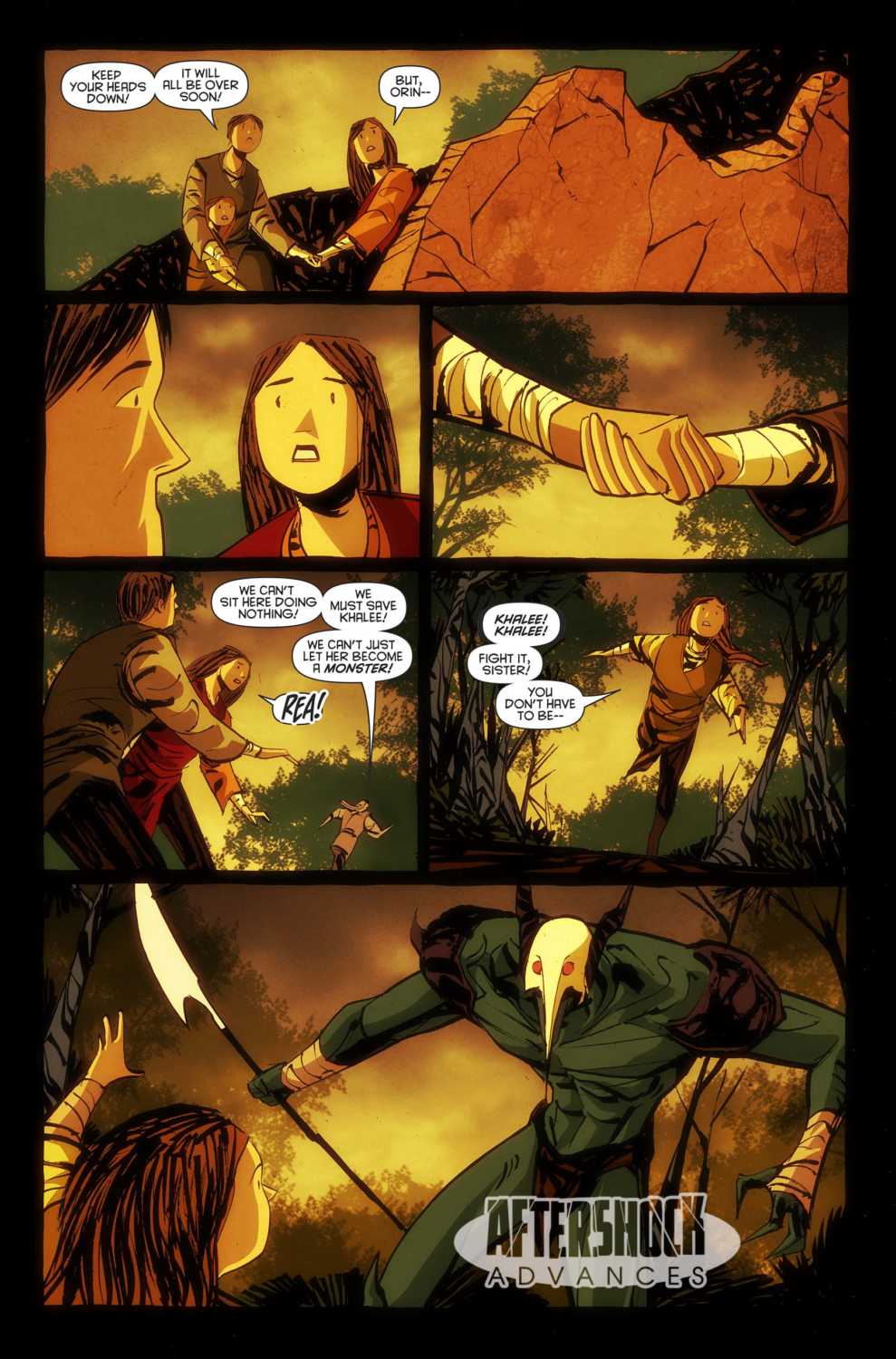 Bunn’s story leaves readers with an incredible cliffhanger that will explore new realms of possibility not yet seen in the series. They will thoroughly enjoy following the protagonists’ journey into this post-flood world.

Juan Doe crafts fitting artwork for the cover and story. His penciling is pleasing to the eye, creating a sense of cohesion between the humans, monsters and the Fallen. However, the colors are almost too similar at times; this made it hard to distinguish between illustrations, especially in major scenes. 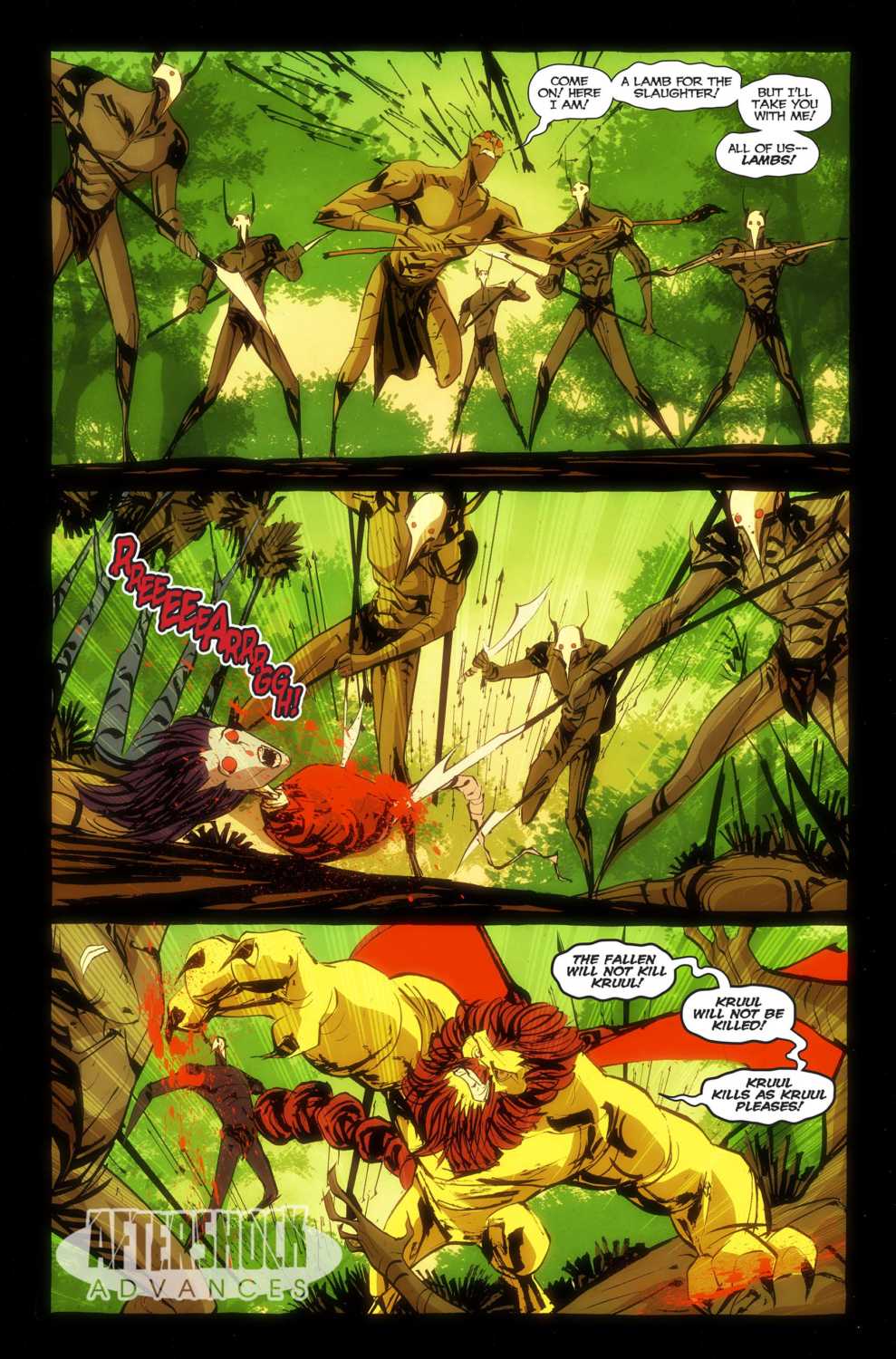 John J. Hill’s classic DARK ARK logo offers readers the kind of style one would expect out of a tale of demons and dark forces. It helps prepare them for the shocking story to come.

The story’s intrigue keeps building as Bunn develops this parallel narrative to the traditional Noah’s Ark story. It’s exciting to see Khalee’s character go through these changes, but whether it’s for good or ill we shall see.

What did you think of Khalee’s newfound powers? Let us know in the comments below!

A unique alternative to the traditional discovery story. The interaction between humans and monsters continues to generate intrigue.Review: DARK ARK #15 Finds A New Demonic Sorcerer