Review: THE CROW HACK/SLASH #1 Is A Must For Fans of Both Properties

A soul is brought back.

But something is wrong.

Angeles Cero won’t stop killing on her quest for revenge, and the bodies are piling up. Now, slasher hunter Cassie Hack and her monstrous partner Vlad are on the trail of the Crow Killer, assuming her to be one of the masked murderers they’ve hunted for years. But they aren’t the only force trying to make the universe right again. 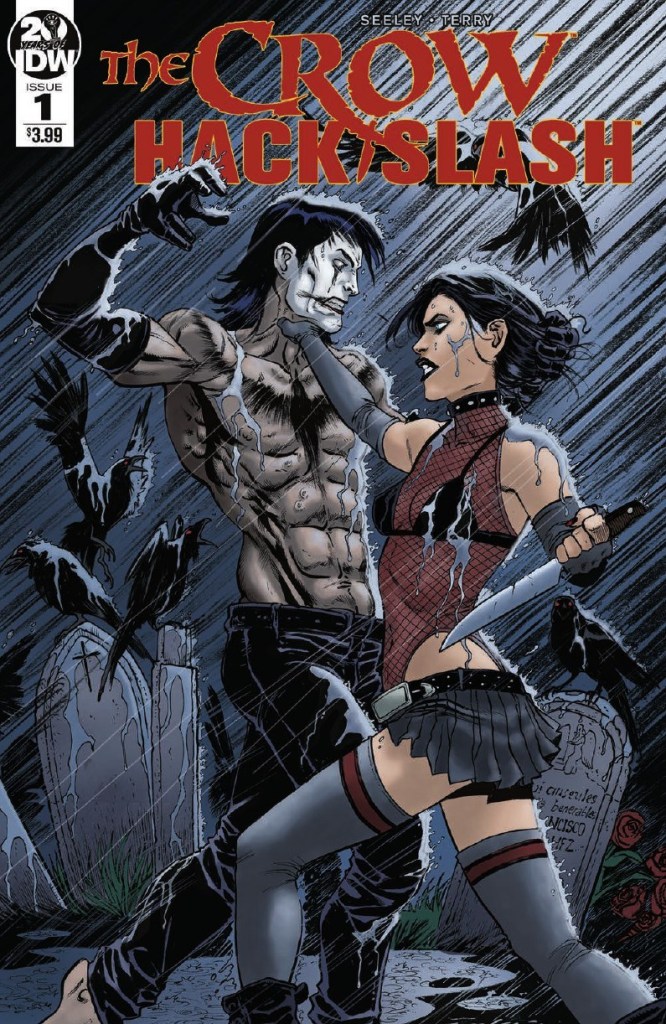 To comic readers of a certain time period, The Crow was a seminal comic. The property never really went away, always being resurrected, with expanding mythology along with it. With its theme of undead killers seeking revenge (not to mention it’s ‘goth’ look), it’s no surprise Tim Seeley saw the possibilities in crossing over The Crow with Hack/Slash. This first issue delivers on those possibilities enough to create a genuine interest in what is going on.

Both The Crow and Cassie Hack fans will find much to like here; the Crow mythology is being played with (spoiler alert: there are TWO Crow killers on the loose this time) and Cassie and Vlad’s relationship (one of the best aspects of Hack-Slash) is also front and center.

There’s also all the action, gore and humor Hack-Slash has always had, with true pathos sprinkled on as well. It’s a book that reads fast and fun, a plot that draws you in and a concept that is just great. 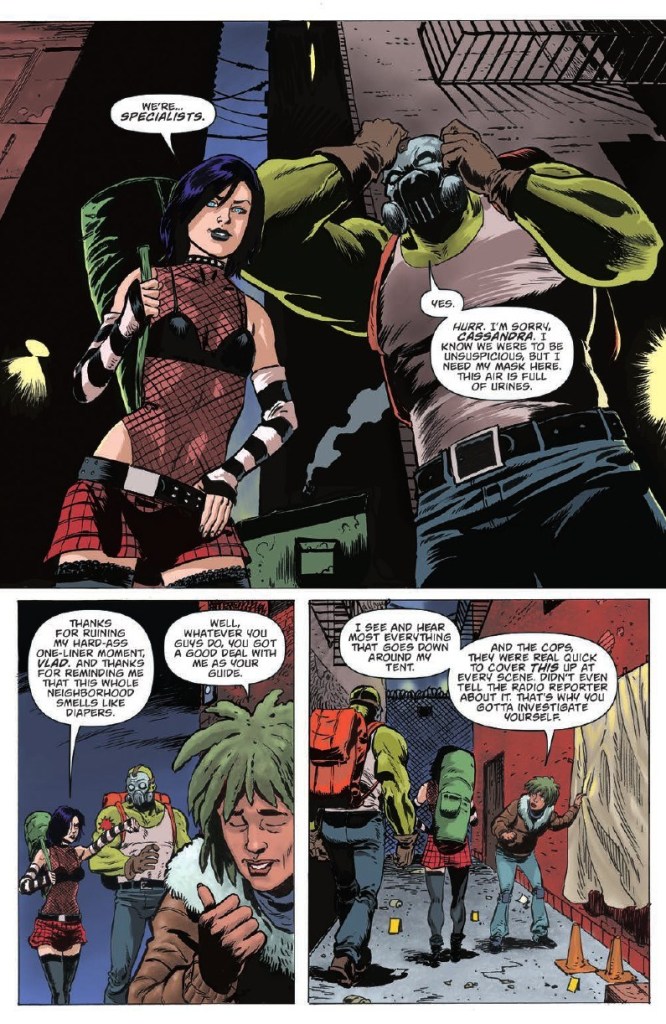 Jim Terry, with layouts by Seeley, brings a lot of energy to the pages. The coloring is also slick and vibrant. But it’s not over polished, as there is true grit and a jaggedness to some of the art that is a direct echo to The Crow comics of the past (especially with the look of the Crow killers, all thin and pale). It’s a good looking book from beginning to end.

Hack/Slash crossovers have always been a fun read, but this one is out of the grave starting to feel just a little bit different. The Crow angle brings in a new vibe and some unique nostalgia. If you are a fan of either property, pick this book up at your local comic book shop.

10901
Find out how to get the
Monkeys Fighting Robots magazine!