The courageous crew known as Vox Machina has been looking for their poor friend Grog ever since he cryptically left their encampment in issue #1. But thanks to Pike’s cleric scrying abilities, they were able to locate him in an ancient cave. Fans will see if they find a way to their wayward friend when CRITICAL ROLE: VOX MACHINA II #2 hits comic book stores on Wednesday, August 14.

The tale Matthew Mercer crafted in the first season of Critical Role continues running strong in the comic book medium. And much of it is because of writer Jody Houser—she once again shows she’s more than capable of channeling the highly energetic spirit Mercer exuded in the original campaign. Each of her characters brings a vivaciousness to their unique personalities as they search for Grog.

Pike serves as the de facto guide on this particular leg of the trek and showcases some incredible leadership qualities. She brings the team together by telling the story of Grog saving her father’s life, giving the heroes’ even more motivation to find their lost party member. Pike also single-handedly takes down a gigantic spider attempting to devour Vax while maintaining a focused pursuit of Grog. It’s great to see such seemingly minor characters take on important roles in fantasy epics of this magnitude. 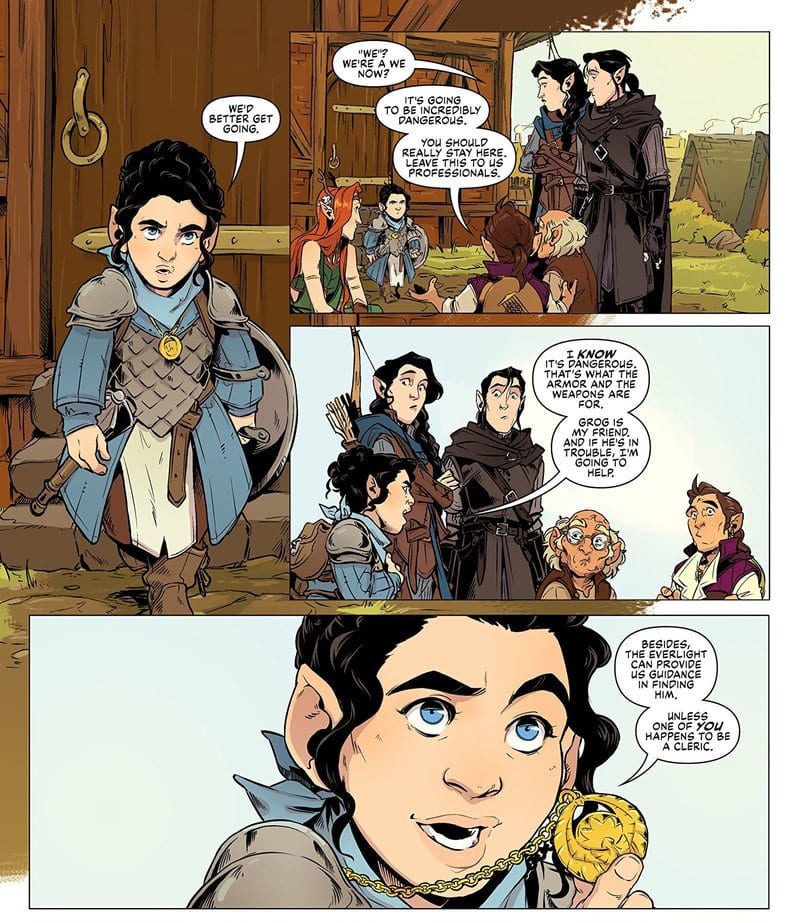 Readers follow the crew through dense forests until they reach the cave Grog is supposedly hidden in, but are ambushed by an army of undead skeletons. Can the adventurers band together and defeat an army of beings who have already died? Will they save their beloved Goliah? All these questions and more are answered in Houser’s exciting story.

Olivia Samson and Msassyk, through their masterful penciling and coloring, respectively, conjure up a beautiful landscape any Dungeons and Dragons player would believe was part of their fantastical world. Houser also adds incredible detail to the protagonists’ expressions to fully express their heartfelt reactions to reuniting with Grog. And Msassyk’s dark shades of the forests and bright hues of the Gnome village frame the setting. 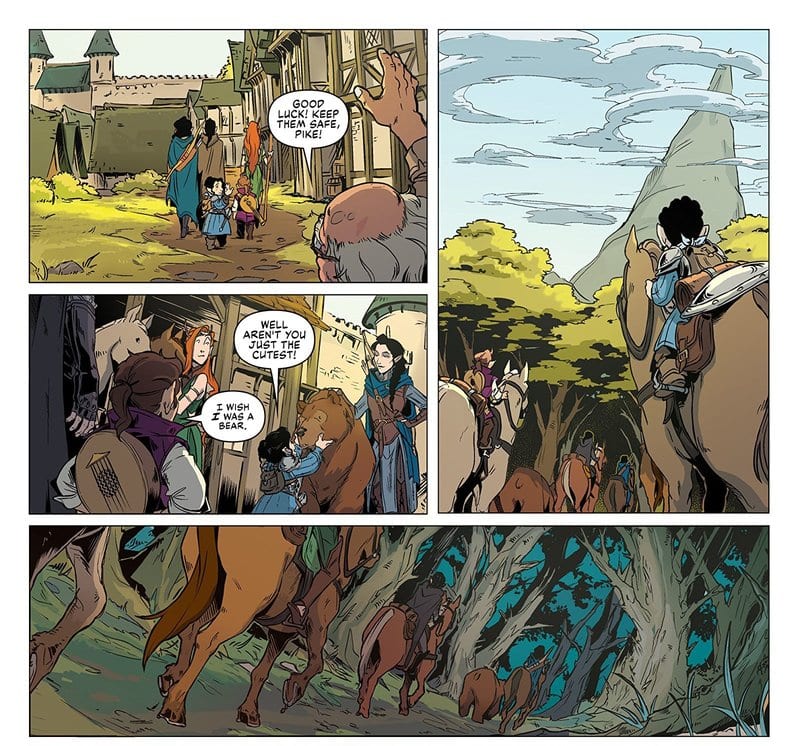 Ariana Maher’s lettering does a great job of moving the story forward, particularly in the action scenes. The way she takes note of the battle grunts and cries by cutting word balloons short helps the reader focus on the action taking place.

William Kirkby’s cover art gives readers a cryptic view of Grog lying on a funeral pyre, suggesting a potentially grim fate for the hero. It helps temper readers’ expectations less they assume a happy ending from the get-go.

CRITICAL ROLE: VOX MACHINA II #2 reminds fans why they love these characters. The comraderie expressed in their fight to save Grog is both inspiring and entertaining. We’re excited to see what adventures the Vox Machina crew embark upon next issue.

What did you think of Pike’s prowess displayed in this issue? Let us know in the comics below!

Review: CRITICAL ROLE: VOX MACHINA ORIGINS II #2 And The Search For GrogA wonderful tale of friendship, loyalty, and determination. The Vox Machina team's pursuit of their wayward friend Grog is nothing short of inspiring.