The creative storytelling talents of Critical Role‘s Matthew Mercer are breaking into the comic book medium. Using his carefully crafted narrative as a springboard, the creators behind CRITICAL ROLE: VOX MACHINA ORIGINS II #1 bring readers into the campaign. This initial issue focuses on a Goliath named Grog whose battle prowess is only outclassed by his love for fighting. But the lovable giant begins to worry his companions after a sudden vision leaves him acting strangely.

Fans of the popular Critical Role web series will find this issue bursting with the same energy as the web series. Jody Houser’s characters come to life with engaging dialogue and relationships few writers can channel so well. Beginning with an epic fight between the campaign members and a gigantic monster, Houser beautifully showcases the comradery between everyone facing the threat. This is soon carried over to an enjoyable meal at a nearby pub. 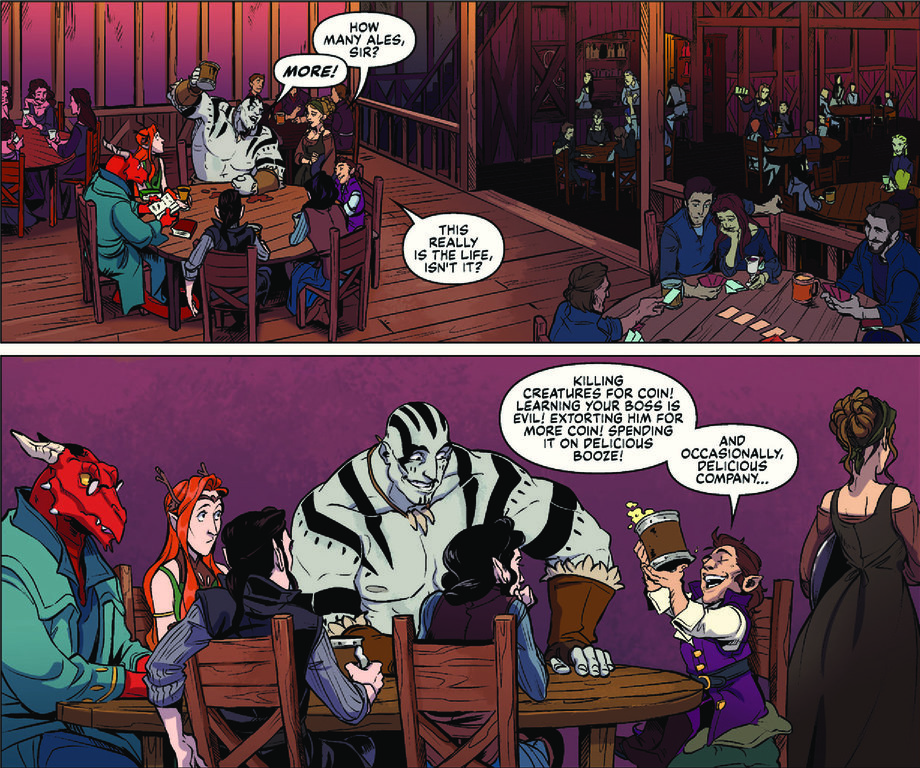 However, things take a turn for the worse when Grog experiences a vision of his father, leaving him seemingly comatose. Then, after initial reactions of surprise from his companions, he abruptly leaves their inn in the middle of the night. 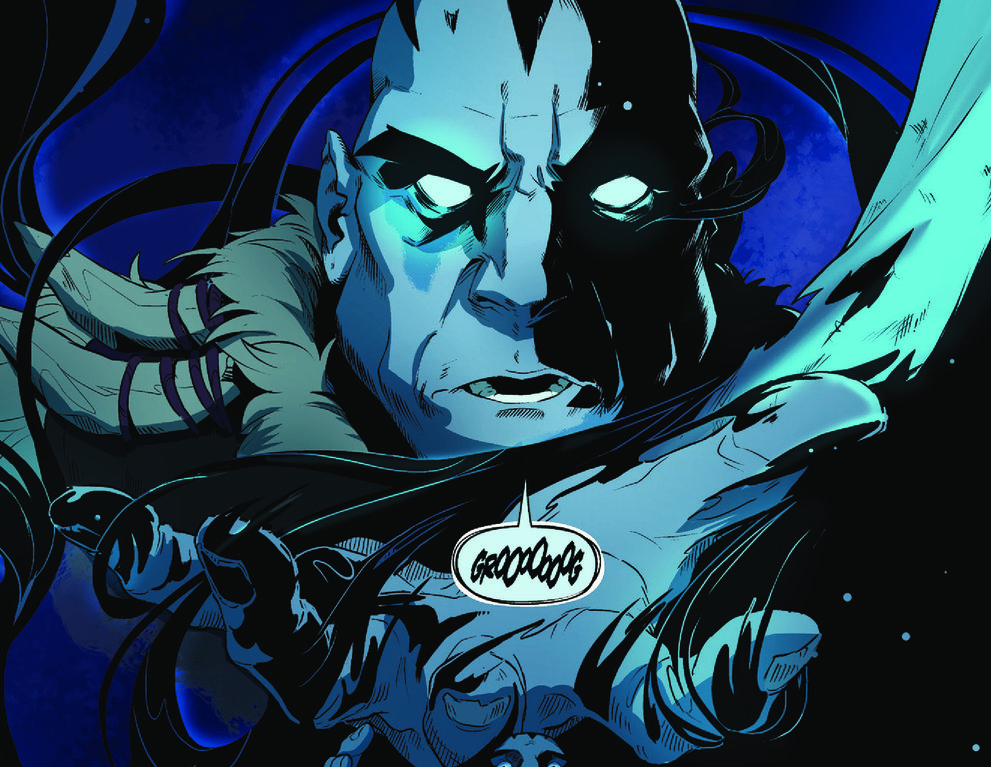 With Grog missing, the team bands together to establish a plan of action. Readers and fans are thrown into the team’s adventures and feel as if they’re a part of Vox Machina’s party themselves. The dynamic dialogue exemplifies the intriguing character dynamics originally outlined by Mercer in the original campaign. It’s clear fans of the series, Dungeons & Dragons players, and casual comic book readers alike will find this issue quite enjoyable.

Olivia Sampson’s penciling and Msassyk’s coloring both achieve the perfect balance between complexity and simplicity. The character and setting illustrations contain intricate details to immerse readers in the fantastic world of Dungeons & Dragons. At the same time, the colors are rich and full, reflecting the beautiful simplicity often found in comic book artwork.

Fiona Staples’ covert artwork features Grog in a cautious yet vigilant battle pose to give readers a taste of the story’s focus character.

CRITICAL ROLE: VOX MACHINA ORIGINS II #1 is an awesome tale of friendship, adventure, and mystery. Fans of the online series will be greatly pleased with this comic adaptation of their first campaign.

What did you think of this Critical Role comic adaptation? Let us know in the comments below!

Review: CRITICAL ROLE: VOX MACHINA ORIGINS II #1 Brings The Web Series To ComicsA fantastic retelling of the Vox Machina campaign from the popular Critical Role web series. The characters come to life through dynamic encounters with the mysterious creatures of their world.