Review: CRIMINAL #7 – Summer Is Almost Over But The Excellent ‘Cruel Summer’ Is Not

Image Comics’ Criminal #7 by Ed Brubaker, Sean Phillips and Jacob Phillips continues the excellent ‘Cruel Summer’ and once again cements this title as one of the best on-going monthly books the comic book medium has to offer

Young Ricky Lawless and Leo (from CRIMINAL, VOL. 1: COWARD) take the spotlight this issue, as the epic story of the death of TEEG LAWLESS continues! 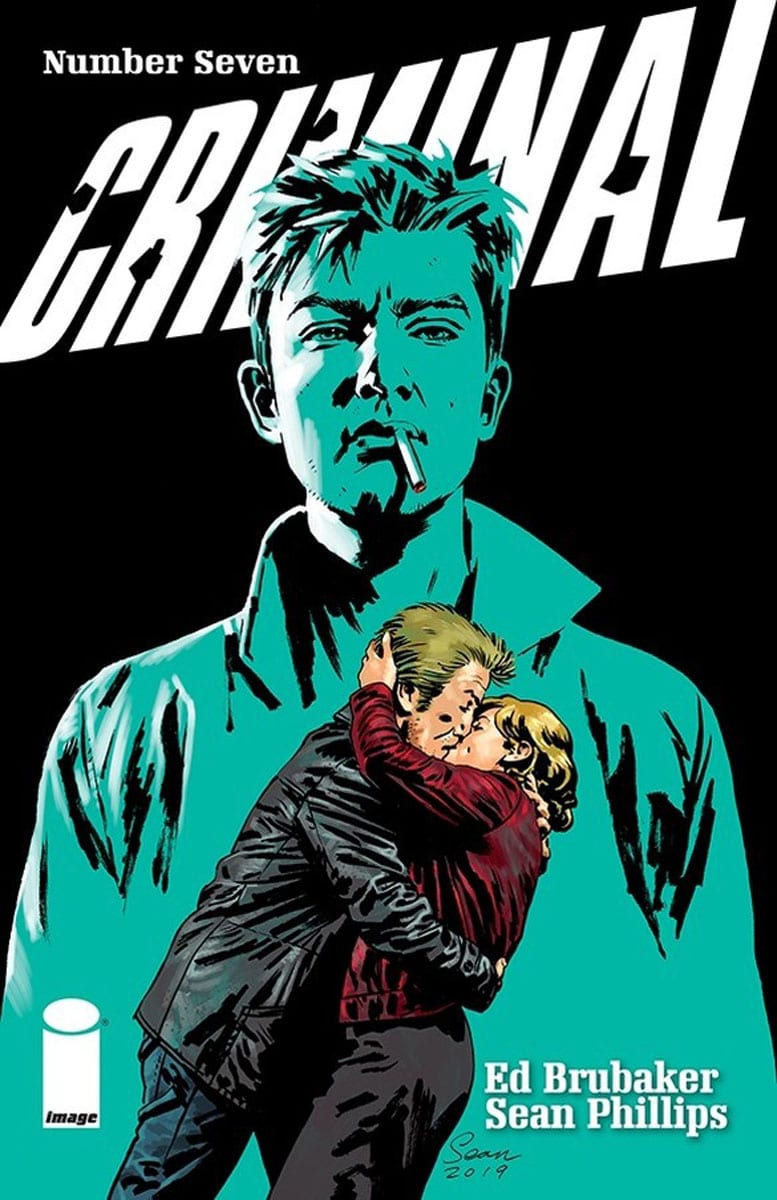 Criminal is so fucking good it’s ALMOST getting difficult to review, only because as a critic you begin to wonder how much more you can praise and say about something that month in and month out is undoubtedly one of the best books in the market. But then you read the damn thing and you start to see reasons to praise it on just about every page, every word balloon and every panel.

Criminal #7 jumps back in time again (that’s one of the great things the on-going has been doing-seamless time/narrative jumping) to give us a hard look at Ricky Lawless. And Brubaker, ever the clever writer, uses an early scene involving Ricky and his friends (which include Criminal mainstays Jacob and Leo) playing Dungeons & Dragons to add layers to Ricky. Ricky’s post juvie anger and hatred for his dad comes out hard in his chaotic neutral character. He nearly ruins the game for his friends, and the scene makes it clear how much further Ricky is slipping into another Lawless criminal. It’s a dark twist on the recent role RPGs seem to be playing in pop-culture, but it also furthers both the character and the ongoing arc. 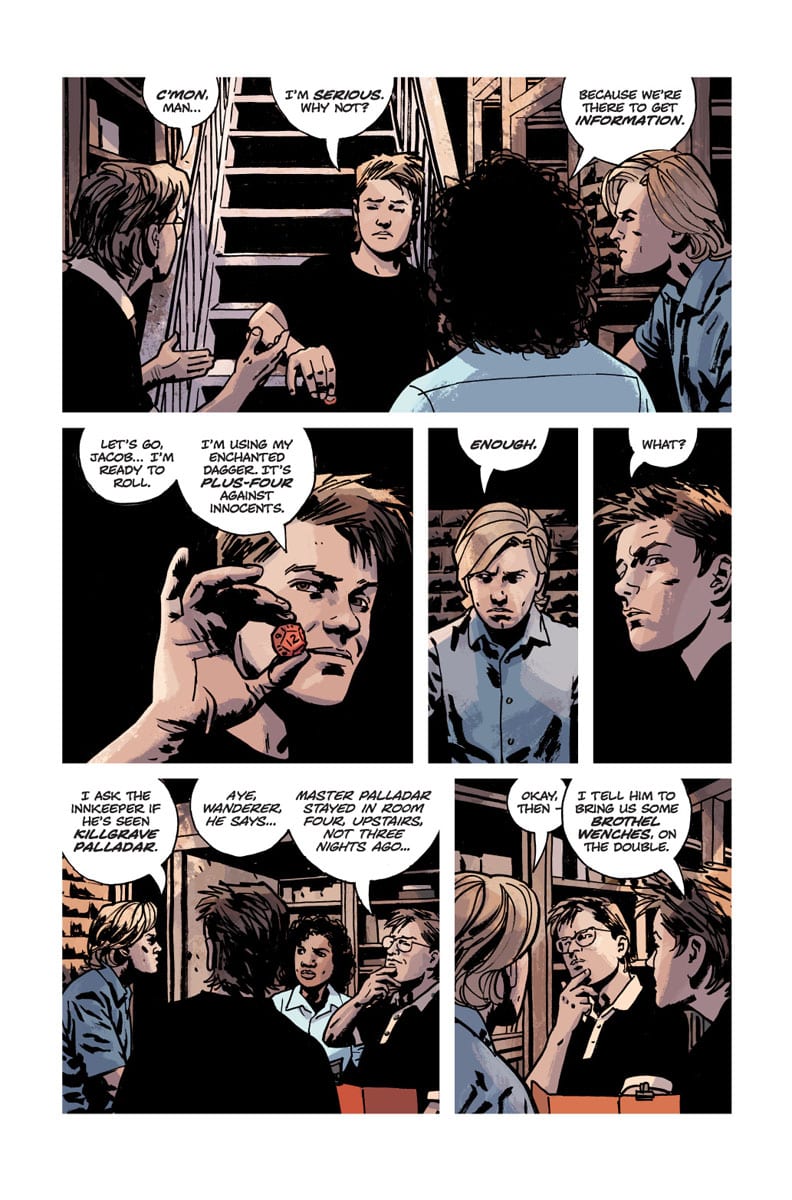 This chapter also sheds new light on what we saw in the previous issue, which focused on Ricky’s father Teeg and his new girlfriend Jane. Here we see Teeg and Jane through Ricky’s eyes and it’s clear the young Lawless doesn’t care for either. The relationship with his father is still complicated (as are ALL the relationships in Criminal) but there is darkness and hatred bubbling for Ricky and it’s crystal clear here.

There’s also a good focus on the friendship between Jacob and Leo. The two friends go on a small crime spree, and it’s obvious even then how dangerous Ricky is becoming. His antics are inching closer and closer to situations that put him in very real danger despite his age.

Brubaker’s narration also continues to be the best in just about any comic. Whenever he writes in a character’s voice it comes across as so raw and visceral it’s utterly realistic. You can hear the words coming off the page. We care about these characters despite the things they have done or will do. We care because they seem real, flawed and sometimes just trying to survive

The art in Criminal has been excellent from the very first mini-series (Coward for those keeping score). There is no question that the linework of Sean Phillips is sublime, haunting, beautiful and unique. This world could not exist without him drawing it. No one draws faces like this, no one draws a smoking cigarette like this; it’s just about perfect. 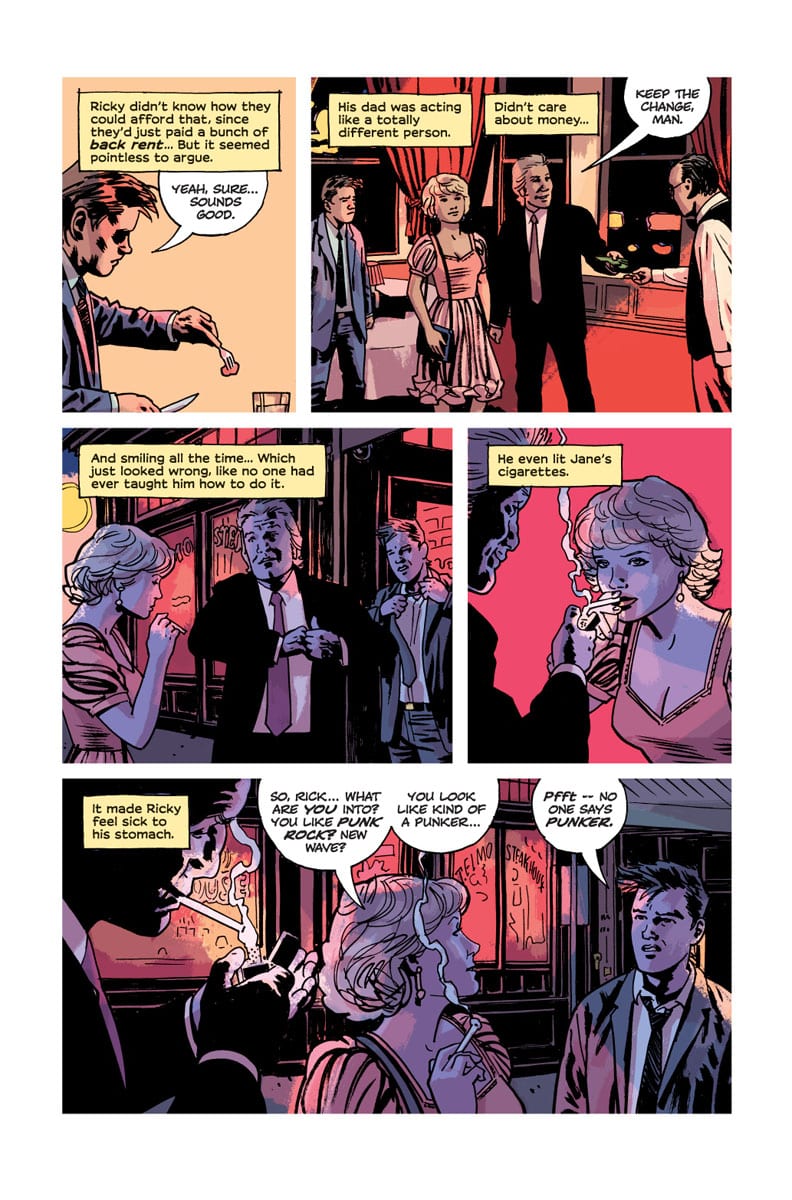 But ever since Jacob Phillips took over the colors, this series has exploded in atmosphere and mood. Jacob Phillips is one of, if not THE most, talented colorists in comics and this issue has examples on just about every page. This issue, in particular, has a perfect example in its final scene/pages. The colors here help carry the emotion of the scene and sometimes something as simple as a red background to a muted color scene can pack a punch that makes you sit back and say ‘holy shit’. That happens on just about every page and it’s been consistent since the series began, and it really pops in this issue. This is exactly how you use color in sequential art. 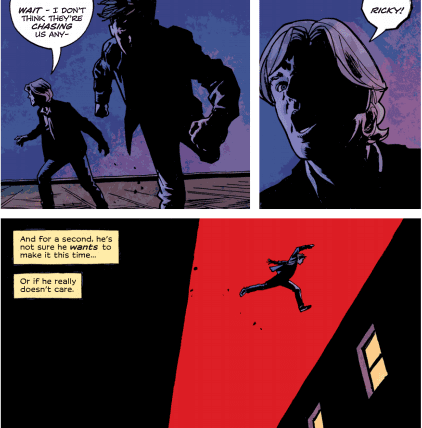 If you read comics on a monthly basis, you need to be reading this book. With its fantastic back matter and letters pages, it’s MEANT to be read as a monthly. Do yourself a favor and add it to your pull list or just go down to your local comic book shop now and pick up the thing. You’re truly missing out by not reading this book.